ALEXANDER DOWNER: UK should turn around migrant boats like Australia

We turned the boats around – and Britain can too: Australia’s ex-minister for foreign affairs ALEXANDER DOWNER says the UK must smash business model of people trafficker gangs

Your Home Secretary, Priti Patel, has been widely ridiculed on both sides of the Channel for suggesting that boats carrying migrants be physically ‘pushed back’ towards the French coast.

Yet, from my experience as Australia’s former minister for foreign affairs, I know that a ‘push-back’ policy can work.

To solve a migration crisis, you have to smash the business model of the criminal gangs of people traffickers. 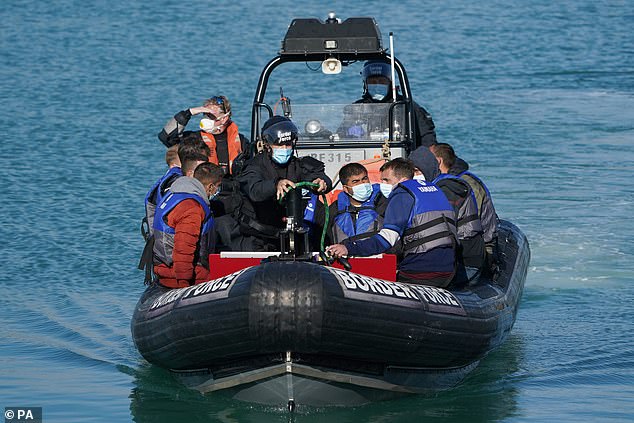 From my experience as Australia’s former minister for foreign affairs, I know that a ‘push-back’ policy can work 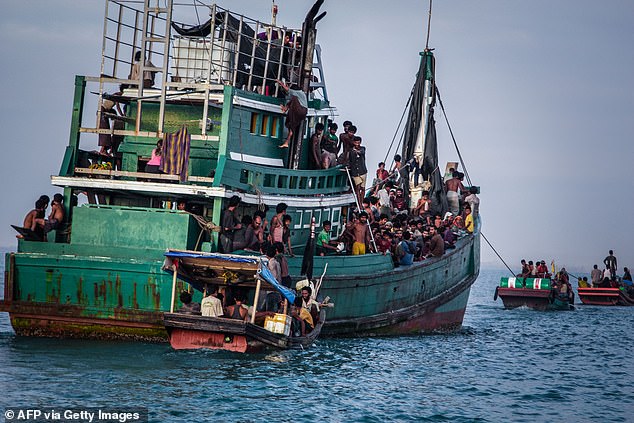 And the only way to do that is to convince would-be migrants – who are of course the smugglers’ paying customers – that they have little chance of reaching British shores.

On a calm summer’s day, it is highly likely that a boat which goes unchallenged will make it across the smooth and relatively short stretch of the English Channel. The instinct is, of course, to give it a try.

But if you introduce obstacles that sharply increase the prospect of failure, the economic equation changes. The migrants will stop paying for places on the boats, and the traffickers will stop buying and kitting out the vessels.

Around the turn of the millennium, boats carrying large numbers of economic migrants began arriving in Australian waters from Indonesia.

This was problematic on various levels. 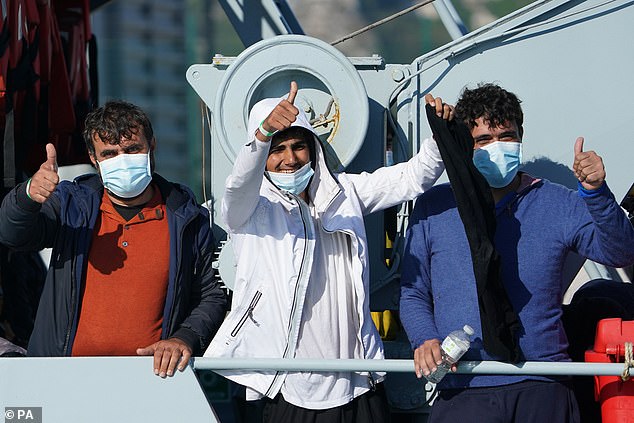 A group of migrants are brought in to Dover, Kent, following a small boat incident in the Channel this week

First, it was a hazardous sea voyage and the migrants were in grave danger not just from the elements, but also from the traffickers operating the boats – criminals who had little regard for their safety and who would exploit them.

Second, the new arrivals were making a mockery of our asylum and immigration systems by leap-frogging the 20,000 or so refugees we admitted every year in orderly settlement programmes.

So we decided on direct action. We sent out patrol boats to intercept the vessels operated by the traffickers, boarded them and took command.

Safety checks and running repairs were made, then the migrants’ boats were refuelled and pointed back towards Indonesia.

Ships of the Australian Navy patrolled the waters to ensure they did not turn around again.

We also provided the Indonesian authorities with the precise co-ordinates of the boats so they could monitor their progress and be on hand if there was an emergency. 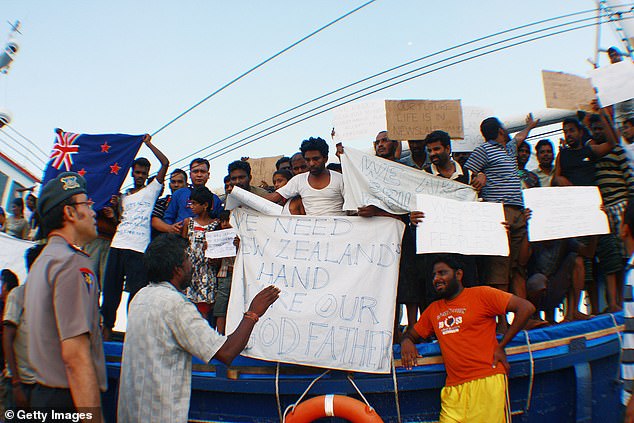 As word spread around Indonesia that we were determined to stamp out the trafficking, it soon stemmed the numbers. I see no reason why this cannot be done in the Channel.

French ministers have already objected to your Home Secretary’s proposal, but that was predictable.

What the British Government needs to make clear is that its laws are being broken, and that the problem originates in France. Under international law, there is no basis for migrants leaving a safe country such as France to seek asylum in another country.

I’ve heard some media commentators talking about migrants ‘fleeing France’, which is ridiculous. I was in the Dordogne on holiday recently, and very civilised it was too.

None of the hundreds of men, women and children arriving on beaches of the south coast – more than 14,000 so far this year – was at any risk of being persecuted in France; nor would any face recrimination if forced to return there.

Let us be honest; these migrant voyages are a highly profitable criminal racket being run by unscrupulous gangs. 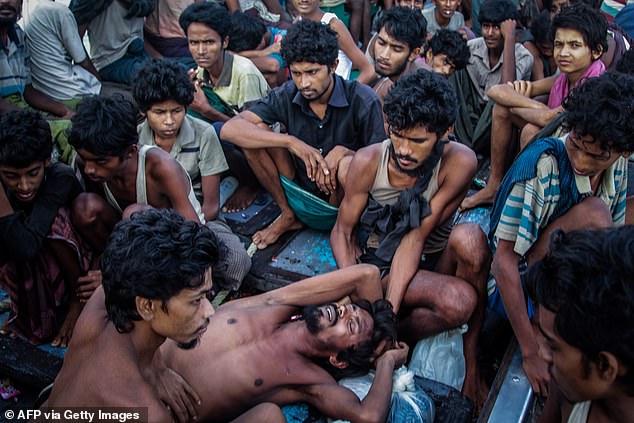 As minister for foreign affairs, it was my job to placate the Indonesians, who were initially furious about our ‘push-back’ policy. But they calmed down, and tacitly accepted our reasons for acting as we did – to stop a criminal venture putting lives at risk and the abuse of our immigration system.

No self-respecting country could do otherwise.

When a subsequent Australian Labour government dropped our policy of interception, citing human rights concerns, the financial incentive for the traffickers was restored and the boats reappeared.

It was only when multiple boats sank with the loss of hundreds of lives – including one particular tragedy in December 2010 when 50 migrants died – that the policy was re-implemented. It has remained in force ever since.

My advice to Miss Patel would be to introduce the ‘push-back’ policy without fanfare, and to keep the French informed on a need-to-know basis only.

The vast majority of those coming across the Channel are young men who are economic migrants, so they respond to economic forces.

To the critics already arguing that it is dangerous to board vessels in the Channel and turn them around, I say it is less risky than allowing this dismal trade in human cargo to continue.

It would be necessary for some border and immigration staff to undergo specific training and I am sure the Australian government would be happy to assist in this.

Our policy was controversial when it was introduced 20 years ago. But now it is widely accepted that if you are a country determined to remain open to genuine refugees and legal immigrants, then your borders have to be protected.