Workers at an Amazon warehouse in Upstate New York overwhelmingly rejected a bid to unionize, dealing another blow to the Amazon Labor Union (ALU).

According to the National Labor Relations Board, which tallied 612 valid ballots Tuesday, there were 406 votes (66%) against joining the ALU and 206 voters (34%) in favor of unionizing. The NLRB said there were 949 eligible voters.

Workers at the ALB1 warehouse, located in the village of Castleton-on-Hudson, about 15 miles south of Albany, had to decide whether to join the Amazon Labor Union (ALU), an independent union of Amazon workers from Staten Island.

HOW AMAZON WORKERS PULLED OFF A UNION 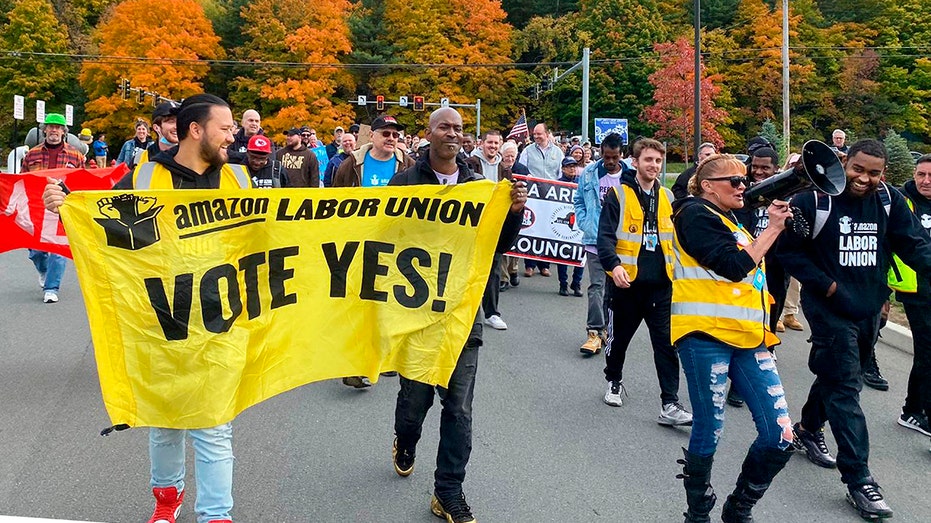 This marks the fourth union election at an Amazon warehouse this year, although it's only the third one led by the ALU, which has long been pushing for a "seat at the table."

"Since workers are the ones who make Amazon profitable in the first place, we should have a seat at the table and be able to negotiate better pay, benefits, and working conditions," its website reads.

The ALU nabbed its first and only victory at a warehouse in Staten Island, N.Y., back in April. The JFK8 Fulfillment Center made history by voting to form the first U.S. Amazon union.

However, a few weeks later, a nearby warehouse, also in Staten Island, rejected the union bid.

This time around, organizers led by warehouse worker and a former insurance agent Heather Goodall, decided to pursue a more grassroots approach and align with the ALU, based on a belief the group understood the company better than other established unions.

The Amazon Labor Union and Goodall did not immediately respond to FOX Business' request for comment.

"We've always said that we want our employees to have their voices heard, and we hope and expect this process allows for that," Amazon spokesperson Paul Flaningan told FOX Business earlier this month. 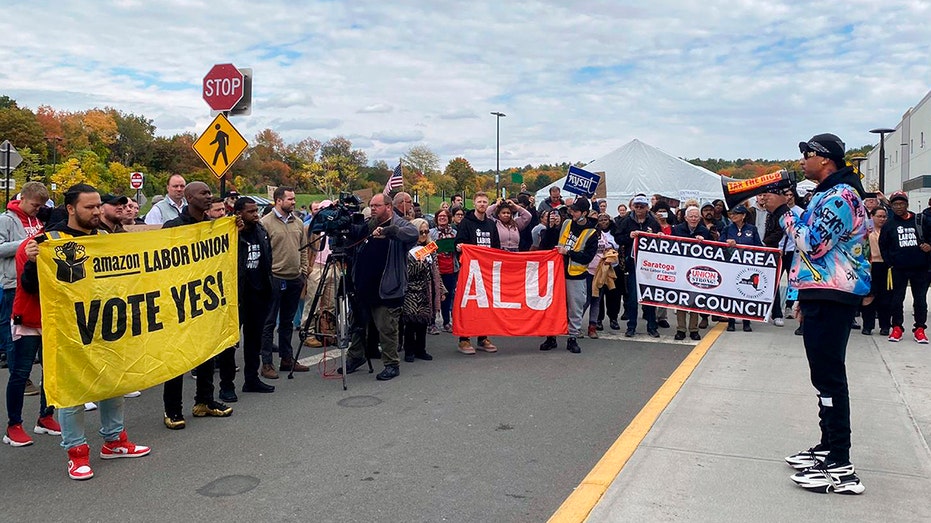 Chris Smalls, right, the head of the Amazon Labor Union, speaks to Amazon workers and supporters at the rally in Castleton-On-Hudson, about 15 miles south of Albany, N.Y., Mon., Oct. 10, 2022. (Rachel Phua via AP / AP Newsroom)

However, after the lone win for the ALU last spring, Amazon has accused the ALU and the NLRB’s field office in Brooklyn of tainting the vote. Since then, the company filed more than two dozen objections with the agency.

Still, the effort to try and unionize is still building at other facilities. Recently, Amazon workers at a separate facility in California’s Moreno Valley filed for their own union election, seeking to join the ALU.