It’s fitting that, as the world starts to reawaken, this particular iconic song was used. The translation of Puccini’s beloved aria literally means, ‘Let No One Sleep’. There was no chance of anyone snoozing as the Italian tenor took to the pitch in Rome to perform the song that changed the popular face of opera forever back in 1990 when Luciano Pavarotti introduced a whole new audience to classical music. WATCH ANDREA BOCELLI’S FULL PERFORMANCE BELOW

Before his extraordinary performance over the weekend, Andrea posted a new message to fans expressing his joy and pride at the spectacular occasion.

He said: “It will be a pleasure and an honor to be able to offer my voice at the opening ceremony of UEFA Euro 2020, in the spotlight of the Olympic Stadium in Rome. It will also be a precious opportunity to send a strong message of hope and positivity.

“That “Vincerò” (“I will win”), underlined by the high register and ideally sung by all 24 national teams involved, will also serve as a wish for everyone in the world, overcoming difficulties and tackling challenges in their own games: in other words, always winning.” 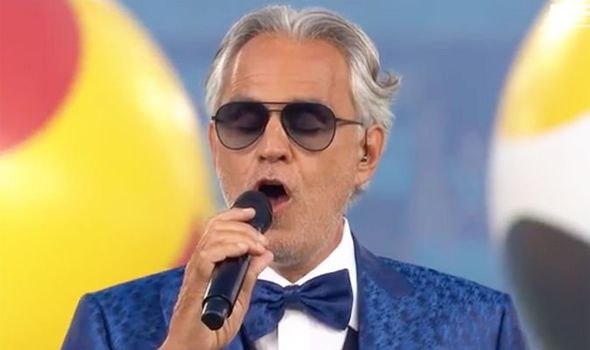 Andrea stood alone on the huge football pitch and delivered a flawless and powerful version of the spine-tingling aria from the opera Turandot.

Behind him, a huge bunch of giant balloons began to rise into the air, with an aerialist dancer suspended below. When the song reached its climax pyrotechnics lit the Rome night sky.

The song has become closely associated with football after Pavarotti performed it in Rome on June 7, 1990, the night before the FIFA World Cup Final between Germany and Argentina. 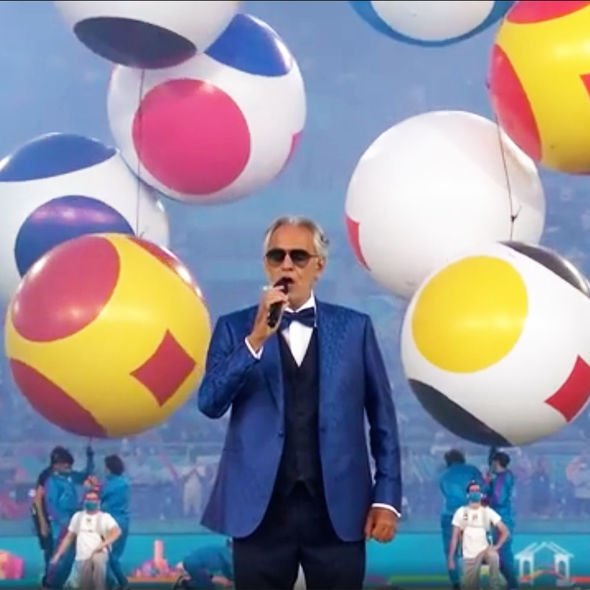 It was part of the first ever Three Tenors concert with Jose Carreras and Placido Domingo. Pavarotti sang the aria alone during the concert and then was joined by his fellow opera superstars for an encore.

The event at the ancient Baths of Caracalla in Rome captured the public’s imagination and the recording of the show became the best-selling classical album of all time.

At the same time, The BBC had already been using a 1972 recording of Pavarotti singing Nessun Dorma as the theme for its television coverage of the 1990 World Cup, which sent the song to number two on the UK charts.

The extraordinary popularity on Nessun Dorma has never dimmed, with Pavarotti taking it as his signature aria at all future concerts.

Around the same time, in 1992, Pavarotti was offered Miserere, a new track by Italian pop star Zucchero. The demo tape was sung by a young unknown, Andrea Bocelli.

Pavarotti replied: “Thank you for writing such a wonderful song. Yet you do not need me to sing it – let Andrea sing ‘Miserere’ with you, for there is no one finer.” 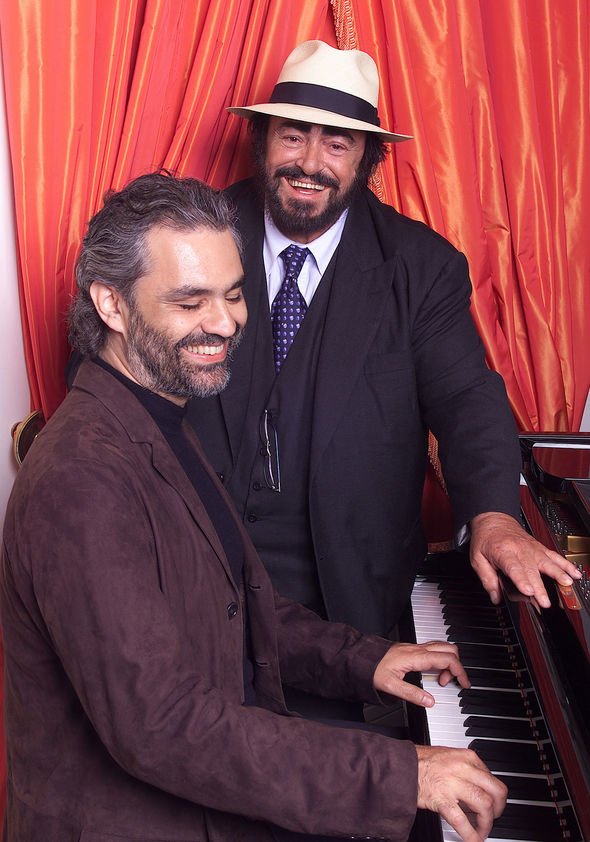 It was the start of Andrea’s road to fame and he landed his first record deal in 1993.

The two tenors went on to perform charity galas together and Andrea described Pavarotti as “an exceptional artist and a dear friend.”

After the opera legend’s death in 2007, Andrea said: “Pavarotti loved me. He called me [to perform] at his wedding and his wife called me again for his funeral.”