Premier Daniel Andrews has unequivocally rejected a plea from Victoria’s anti-corruption watchdog for tough new laws that would result in jail for journalists who reveal details of draft investigation reports before they have been finalised.

Andrews on Sunday clarified that the state’s Independent Broad-based Anti-Corruption Commission had asked the government for the legislative overhaul, but “we chose not to make those changes”. 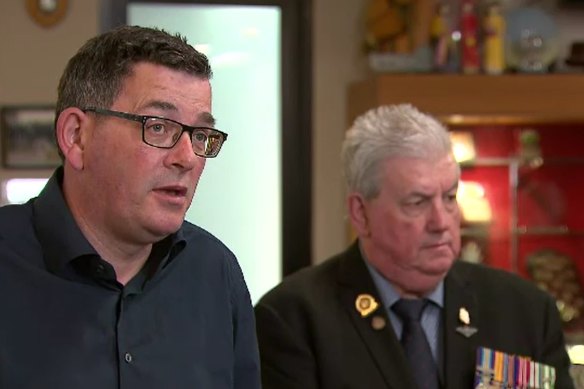 Andrews’ comments follow revelations this week in The Age that the premier was secretly interviewed, along with former health minister Jill Hennessy, as part of an investigation into the awarding of $3.4 million in grants to the Health Services Union.

That information was discovered outside any draft IBAC report, following the granting of an injunction in the commission’s favour that prevented The Age from initially publishing.

Andrews refused to be drawn on whether his office spoke to IBAC before the injunction was issued. “It’s an independent agency,” he said. “They make their own decisions.

“If you want to know what they did and why and who and how and all of that, you’d have to speak to them. I’m not a spokesperson for them.”

The extraordinary situation prompted IBAC to issue a strongly worded statement on Friday night, when it revealed it had asked the government for “urgent” legislative changes to make it a criminal offence for anyone, including the media, to publish IBAC draft reports or the information contained in them.

Asked about that statement at a press conference on Saturday, the premier said he would not rule out legal changes, although he suggested his natural inclination was to protect press freedom.

“I certainly wouldn’t rule out changes to the law at some point, but I’m not here to make any announcements about that,” Andrews said on Saturday. 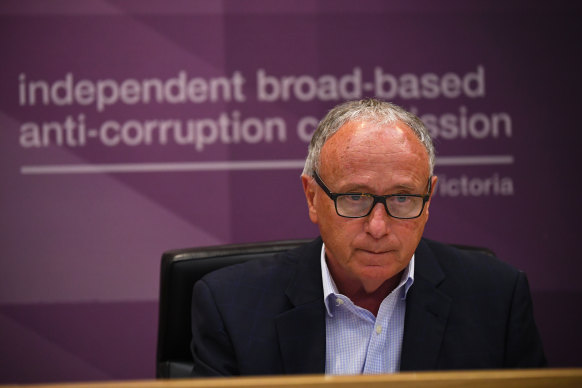 But on Sunday he said: “When I said that I wouldn’t rule out other changes, I meant in general. We have a dialogue – [IBAC commissioner Robert Redlich] sits down with our agency heads all the time and talks about all sorts of things.

Redlich has also warned the federal parliament against adopting Victoria’s “exceptional circumstances” as the test for holding public hearings under the new National Anti-Corruption Commission. In a submission, Redlich warned the requirement had placed an “artificial limit” on the state agency.

He argued the “exceptional circumstances” test was “unnecessary” for the federal agency because of the safeguards already in the bill, that also require the commissioner to consider factors such as unfair prejudice to a person’s reputation, privacy, safety or wellbeing before determining whether a public hearing be held.

“A crucial way in which any anti-corruption agency exposes corrupt conduct is through the public examination of witnesses,” Redlich’s submission says. “Examining witnesses in public can make investigations more transparent and can increase public awareness of, and confidence in, the integrity system.”

In a submission, the Centre for Public Integrity’s research director Dr Catherine Williams also argued the “exceptional circumstances” requirement was “a serious backdown” on Labor’s much publicised set of design features for the federal anti-corruption agency.

She said the requirement “involves a specious circularity”. After the commission has carefully considered a range of factors, including whether a public hearing might unfairly damage a person’s reputation, and determined that it is in the public interest to hold a public hearing, it is met by a further hurdle, the submissions says.

Speaking in Rosebud on Saturday, Opposition Leader Matthew Guy said he would not pursue legislative change which could curtail press freedom in Victoria.

“I do think there is a right of the press to report these matters. It doesn’t always suit politicians, but frankly, the media has a job to do,” Guy said.

Currently, it is only an offence for a person who receives a draft IBAC report – for the purpose of providing a response to the commission – to disclose its contents.