ANDY MURRAY said he has to “improve” significantly for Wimbledon after missing out on a Scotland v England clash and Queen’s British foursome.

There will be no Pimm’s-fuelled Auld Enemy clash on Friday as Scotsman Muzza was defeated and out-aced 6-3 6-3 by Italian big-serving world No.9 Matteo Berrettini. 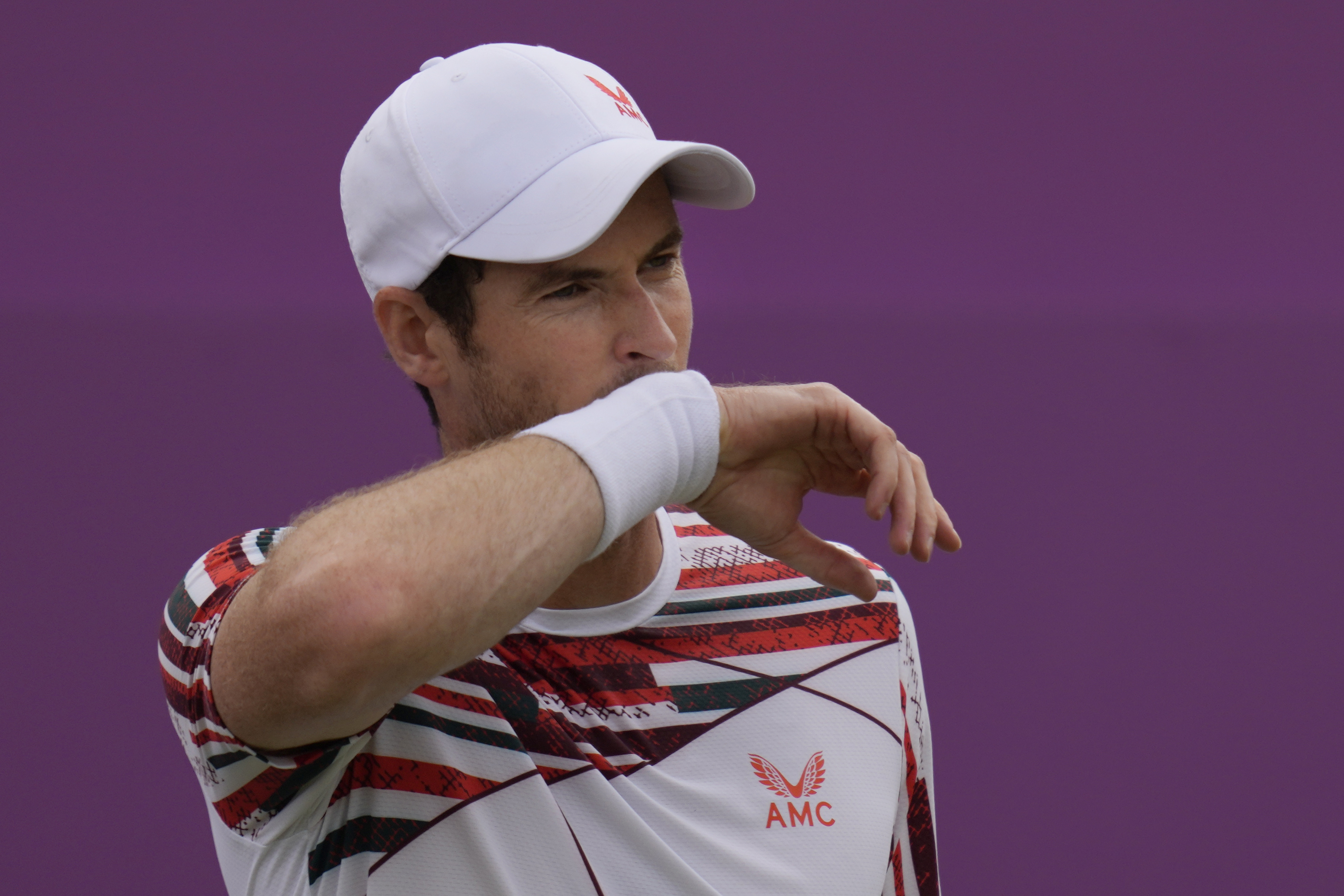 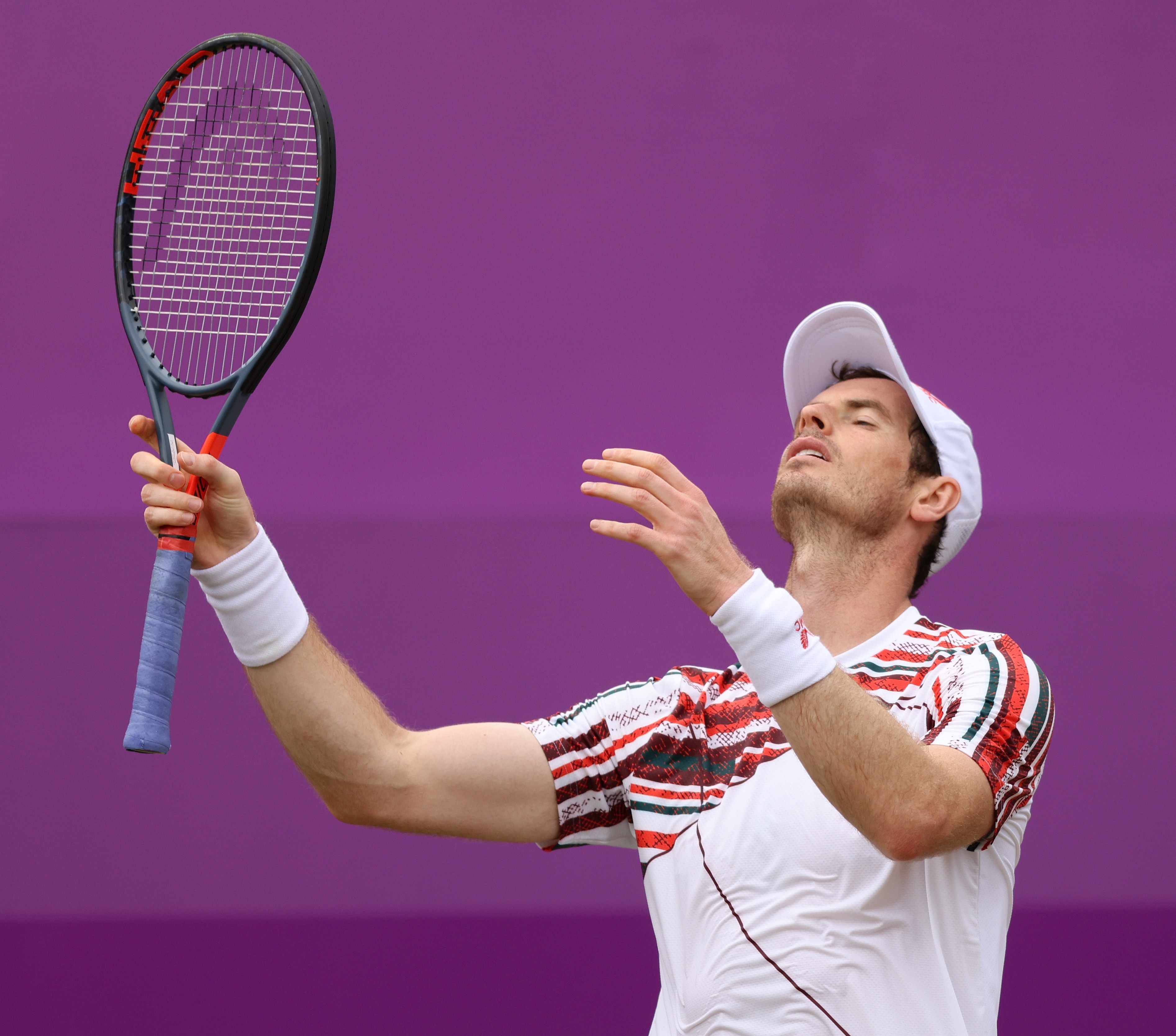 This is his seventh ATP Tour singles tournament in a row since the 2019 Antwerp Open triumph where he has failed to reach the quarter-finals.

Proud fist-pumping Brummie Dan Evans would have been waiting in the next round after his impressive 6-4 7-6 success over Adrian Mannarino from France.

Indecisive Murray, 34, was left mulling over whether to play again before a long-awaited Centre Court reunion – even though he accepts he needs the matches following injury setbacks.

Murray said: “I think obviously I need to improve.

“I actually felt my movement was actually quite good for both of the matches.

“I made some good moves on the court but my tennis today wasn’t good.

“That’s the thing that I’ll need to improve. There is still a slight niggle in the groin and I need to get rid of that discomfort between now and Wimbledon.

“Ideally I’d like to play some matches. Today that showed my lack of matches. 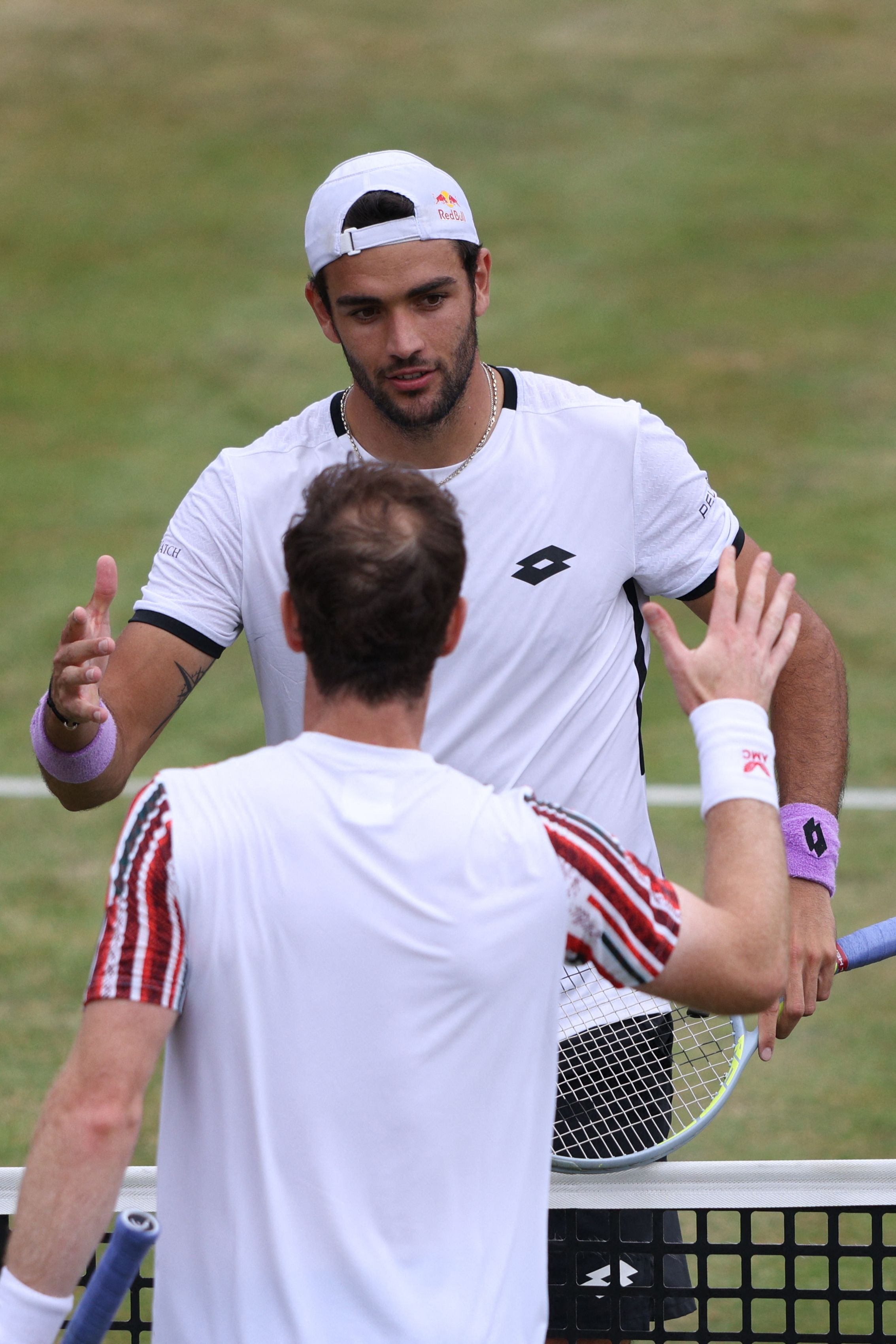 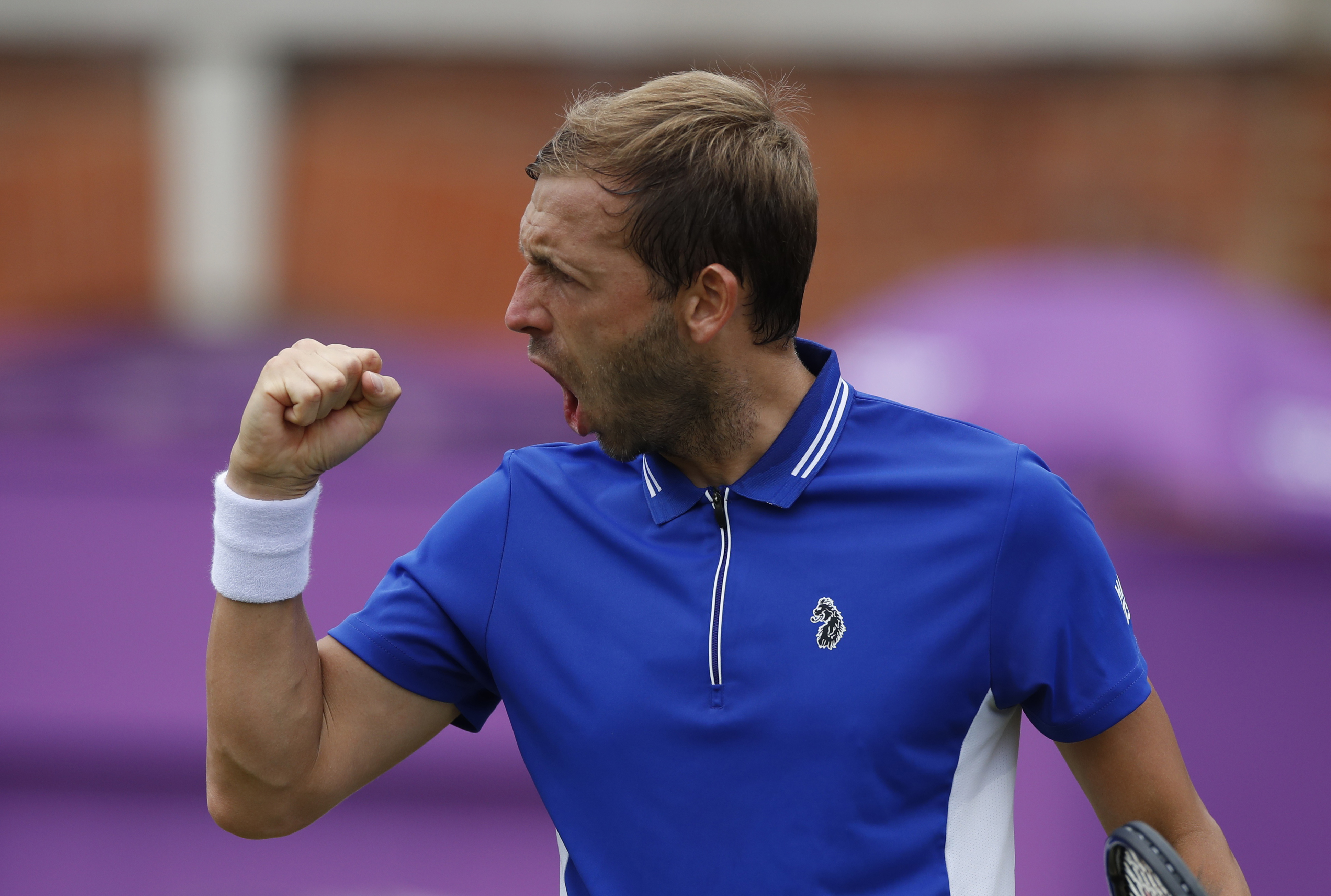 “I came out a little bit tense. I’d like to have more matches but at the same time, with the bubbles and everything, it’s tricky.

“I played two sets in preparation for this event. It’s not very much when you haven’t played matches since March.

“You just need to be on the court with the top players – and that’s what I’ll try and do the next week or ten days.”

No Murray in the latter stages here would usually be a massive headache for organisers but not this time with THREE British stars involved.

That is the first time it has happened in the last eight of Queen’s in the Open era and first at an ATP tournament since Nottingham 1996.

In the last eight, Jack Draper takes on Cameron Norrie in a home tie to delight the crowd while Evans plays ace-machine Berrettini.

Evans, 31, said: “I haven’t been putting expectations on myself. Without sounding like a broken record, I’m sure you've heard that before.