Home » Lifestyle » Are you anxious about giving teens the jab?

Are you anxious about giving teens the jab?

With vaccinations for secondary school children now being considered: Are you anxious about giving teens the jab? 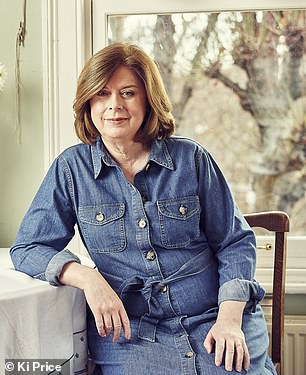 What’s not to like about vaccinating teenagers against Covid? I asked my daughter whether she’d be up for a jab and she rolled her eyes. ‘Do I look like an anti-vaxxer?’ she said wearily.

My children, 14 and 17, can’t see any reason why they shouldn’t have a vaccination, always supposing older groups have been vaccinated first. The very few young people under 30 who’ve suffered blood clots after getting the AstraZeneca vaccine is nothing by comparison with the victims of the actual virus.

I can’t see any problem with NHS England considering vaccinations for children over 12 when the new school year starts in September, if the Joint Committee on Vaccination and Immunisation approves it.

Young people are far less likely to be hospitalised or die if they contract Covid than the elderly, so they shouldn’t get vaccines until older people and the vulnerable have been double-jabbed. And perhaps old people in developing countries need vaccines more than our children.

But youngsters are not invulnerable; in the U.S., 300 children and young teenagers have died from Covid. And as more older people get their jabs, young people become the group who are susceptible. Vaccination would protect them from even this small risk.

More importantly, children can be unwitting carriers of the virus. I know of one elderly couple who shielded scrupulously throughout the pandemic, but died after contracting Covid from their asymptomatic grandchildren. As the Queen observed, in considering this question, we should think of others — that means everyone who can, should take up the offer of a vaccine so they’ll be less likely to transmit it. But the real reason the Government is considering vaccinating teenagers is to guard against another possibility: school closures in the event of a further outbreak.

My children’s cohort lost more than a year’s normal education as a result of the school lockdowns. The first one was a disgrace; unlike private schools, some state secondaries like theirs simply posted homework for pupils online and effectively left them to it. This year’s lockdown was better managed, but it was still woeful, proving simply that pupils were expert in dodging remote scrutiny.

And the cancellation of exams meant there was no fair way of judging pupils’ performance.

If vaccinating every child in the country is a way of ensuring schools stay open, then it’s a small price to pay. Mine will be first in the queue. 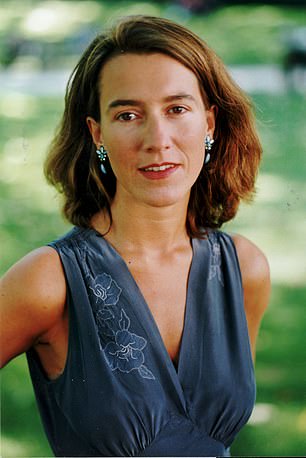 As my husband was hesitating over booking his Covid vaccine, I told him he was mad: he’s 67, slightly overweight, has high blood pressure and is, without doubt, ‘at risk’ from coronavirus. In this context, vaccination is a lifesaver — he had his jab.

It’s clear most adults — and the older you are, the truer this is — are advised to have their jab pronto, for their own sake and that of others (mine’s this week).

So why don’t I want my two teenage boys vaccinated?

Professor Sir David Spiegelhalter, chair of the Winton Centre for Risk and Evidence Communication at Cambridge University (basically the chap who explains statistics to lay people) has described the risk to children from Covid as being ‘staggeringly low’.

So I see no greater reason for a vaccine for children now than I do in flu season, when only grown-ups in our household are jabbed.

My older son (who’s just turned 17) has a history of severe allergies, so I’d need cast-iron reassurance from his GP that whichever jab he was offered was safe for him to take. Meanwhile, our 13-year-old had Covid last October, so probably has a measure of resistance. He also takes a Covid test twice a week as part of his school’s safety measures. How much more reassurance does the world need?

I’m not an anti-vaxxer. My sons have had all their routine jabs, including the MMR as babies, and I’ve just signed the form for the HPV vaccine for one of them after weighing up the evidence.

The key difference with the Covid vaccination is that we have no sense, as yet, as to whether it confers meaningful long-term cover. It seems possible, if not likely, we’ll be having annual Covid booster jabs for years to come, so I simply believe in leaving the choice to my sons when they turn 18.

Their age group is at such low risk from Covid that, to me, it’s not worth taking even the tiniest risk of experiencing a side-effect from the vaccine. I’d just be happier for my sons to be jabbed when there’s several years’ data to scrutinise.

Finally, I’ve never believed it’s the job of the young to restrict or modify their behaviour in order to safeguard adults — including taking medication they may not strictly need.

To me, that choice only makes sense if you have a vulnerable person in your household, such as someone being treated for cancer or who has an autoimmune disorder.

But in most homes the emphasis should be on the adults to act responsibly and look after their own health.