THINGS could not have gone much better for Willian and Gabriel Magalhaes on their Arsenal debuts.

The new boys proved their potential as the Gunners thumped Fulham 3-0 on the opening day of the season. 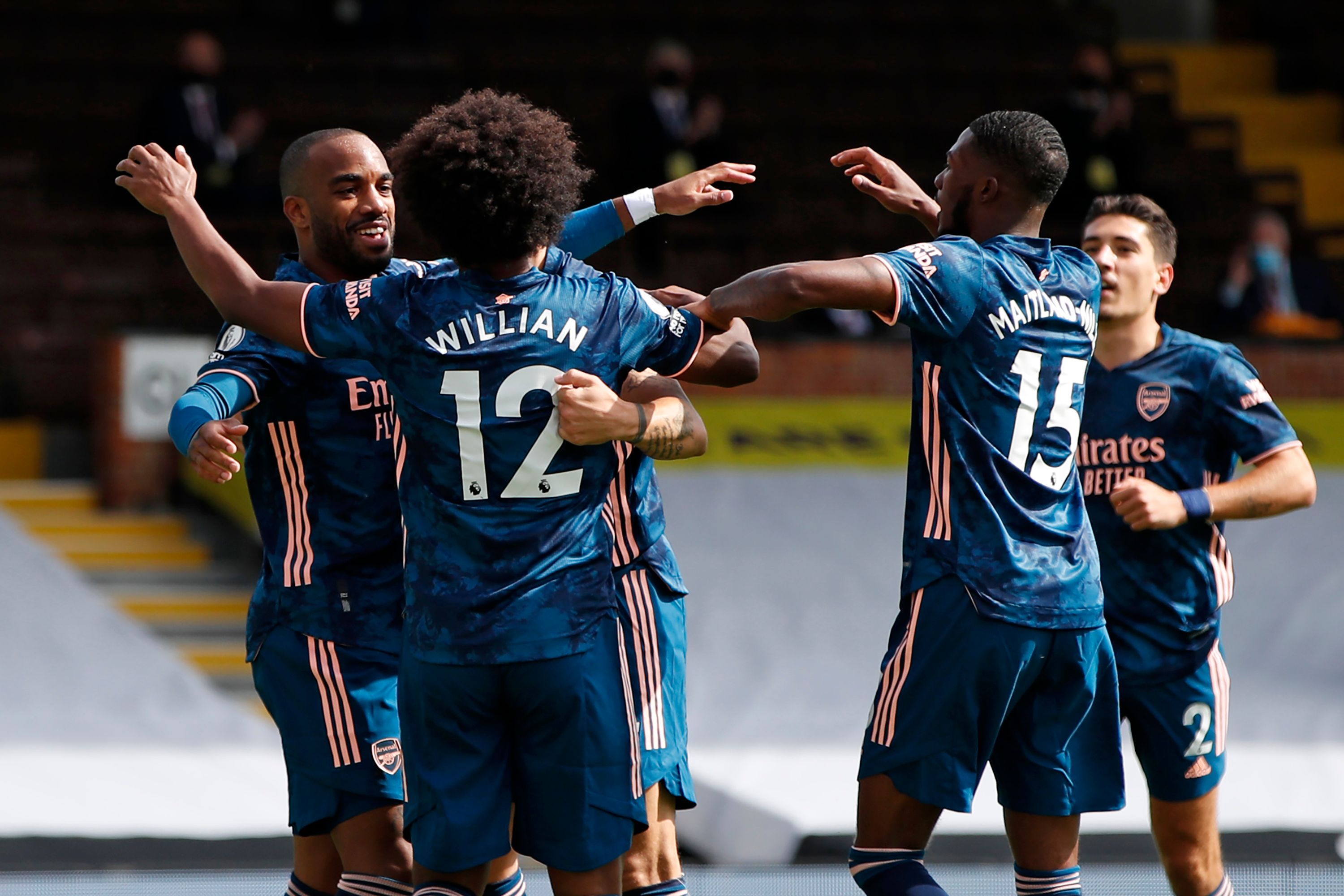 Pierre-Emerick Aubameyang picked up where he left off last season as he found the net.

And Alexandre Lacazette scored the first Premier League goal of the season – for the second time in his career.

Made an encouraging return to the squad after enduring a stint on the sidelines with an injury.

He was quick off his line to save Arsenal from embarrassment in the second minute.

But it was an easy day at the office for the keeper as Fulham only had two shots on target.

Holding managed to keep the defence organised in the absence of injured David Luiz.

And he sent fans as he skilfully charged up the pitch and weaved through a sea of Fulham shirts.

As a result, he has been dubbed the "next Ronaldinho" by some Twitter users.

The new boy suffered a nightmare start as he almost gave away a goal after just TWO minutes, but he proved his potential as the game progressed.

And he made an instant impact in the second half as he doubled Arsenal's tally with a header after a corner.

Kept being caught out of possession as he pressed too highup the pitch – especially in the first half.

But the former Celtic star settled down in the second half and linked up with well with Maitland-Niles.

The Barcelona target continued to pump good deliveries into the box towards Lacazette and Aubameyang.

He had no trouble keeping the Fulham forwards at bay, but did receive a yellow card after he dragged Cavaleiro to the ground. 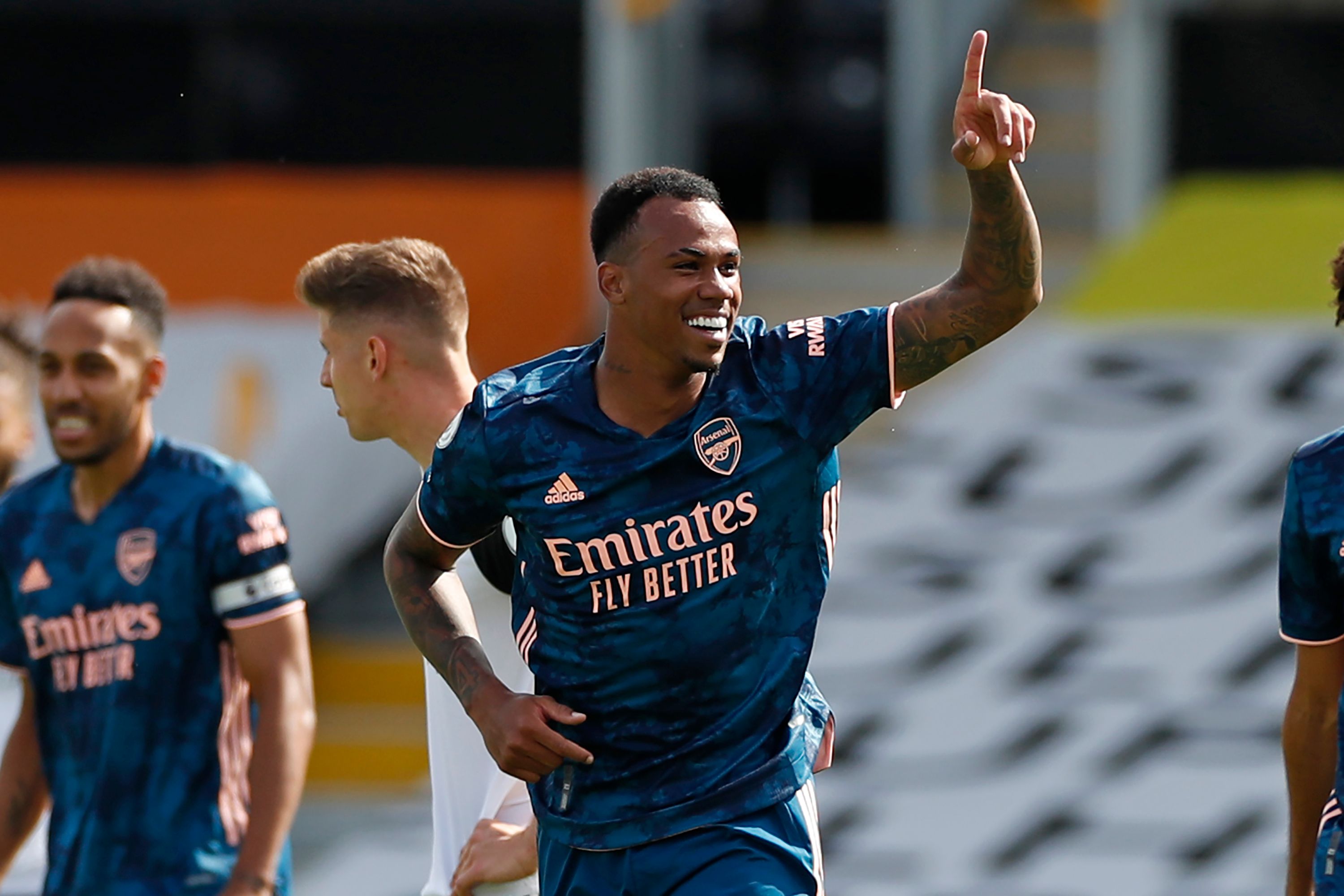 The 28-year-old made a promising return during his first Premier League appearance since May 2019.

He dominated the midfield alongside Xhaka and his passing proved why he deserves his spot in the starting line-up.

Offered the defence a lot of support when Tierney and Bellerin pressed up the pitch.

He continued to look to feed the ball up to Aubameyang when he was in possession – which is not something that Arteta will kncok him for.

The 23-year-old pretty much controlled his side of the pitch from the off.

He looked confident with the ball at his feet moving forward and still tracked back to help out Tierney. 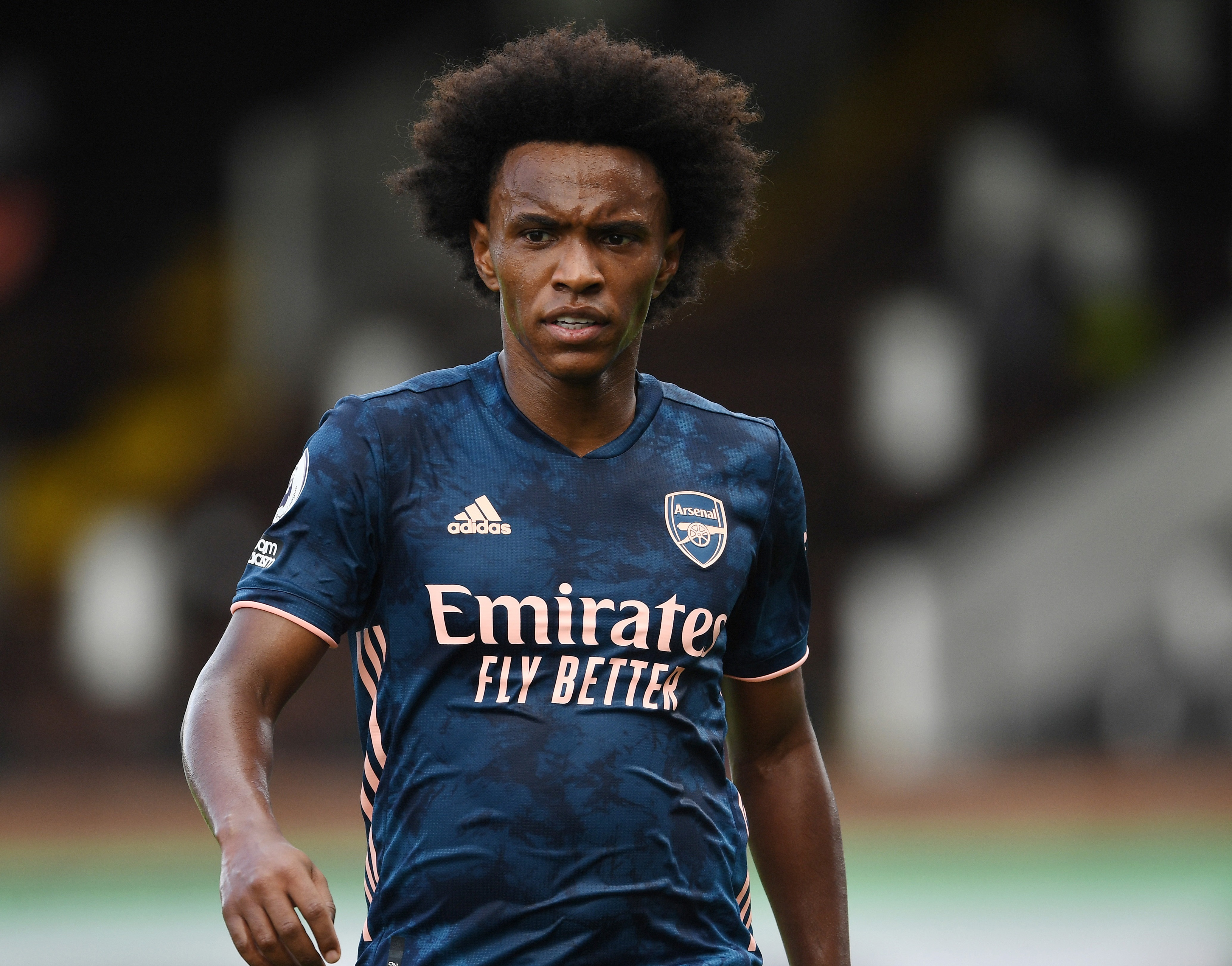 The Brazilian made three assists for the Gunners in the first 57 minutes of his debut.

The ex-Chelsea star played his part in Arsenal's opener before the ball fell to Lacazette.

He created an assist for new boy Gabriel from the corner spot.

And a clever whipped ball across the pitch to Aubameyang saw Arsenal make it 3-0.

Scored the opener for Arsenal in the eighth minute from close range after a goalmouth scramble.

His movement was good when he was not in possession and he linked up well with Aubameyang and Willian.

The striker chased down the ball then fed it back into the box to create Lacazette's opener.

He scored Arsenal's third goal of the afternoon after Willian switched the ball across to him.