ARTURO VIDAL fumed at Anthony Taylor for not going to the VAR screen as he was sent off against Real Madrid.

Los Blancos walked away from the Giuseppe Meazza with a 2-0 win on Wednesday, thanks in part to the Chilean's dismissal. 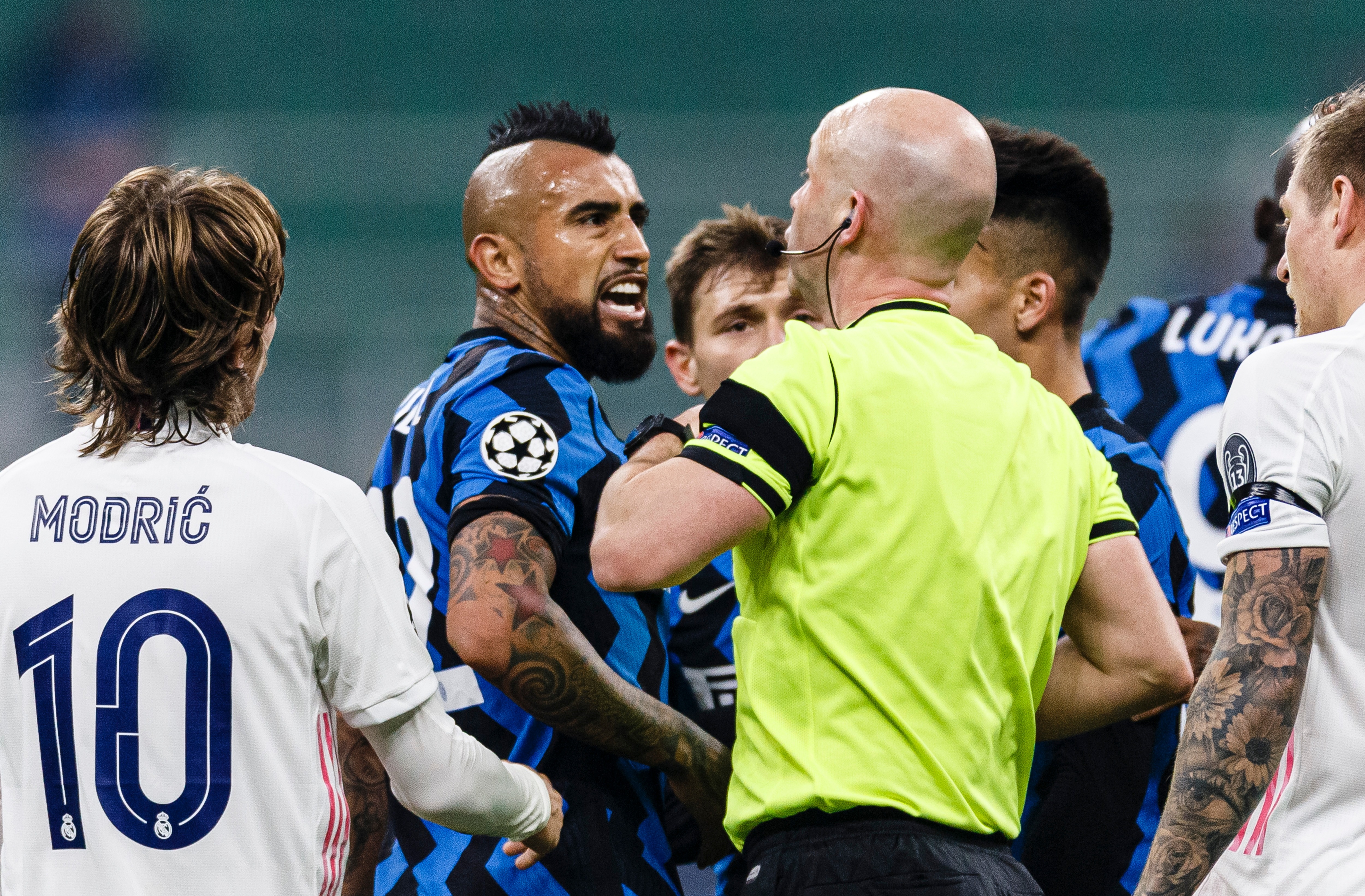 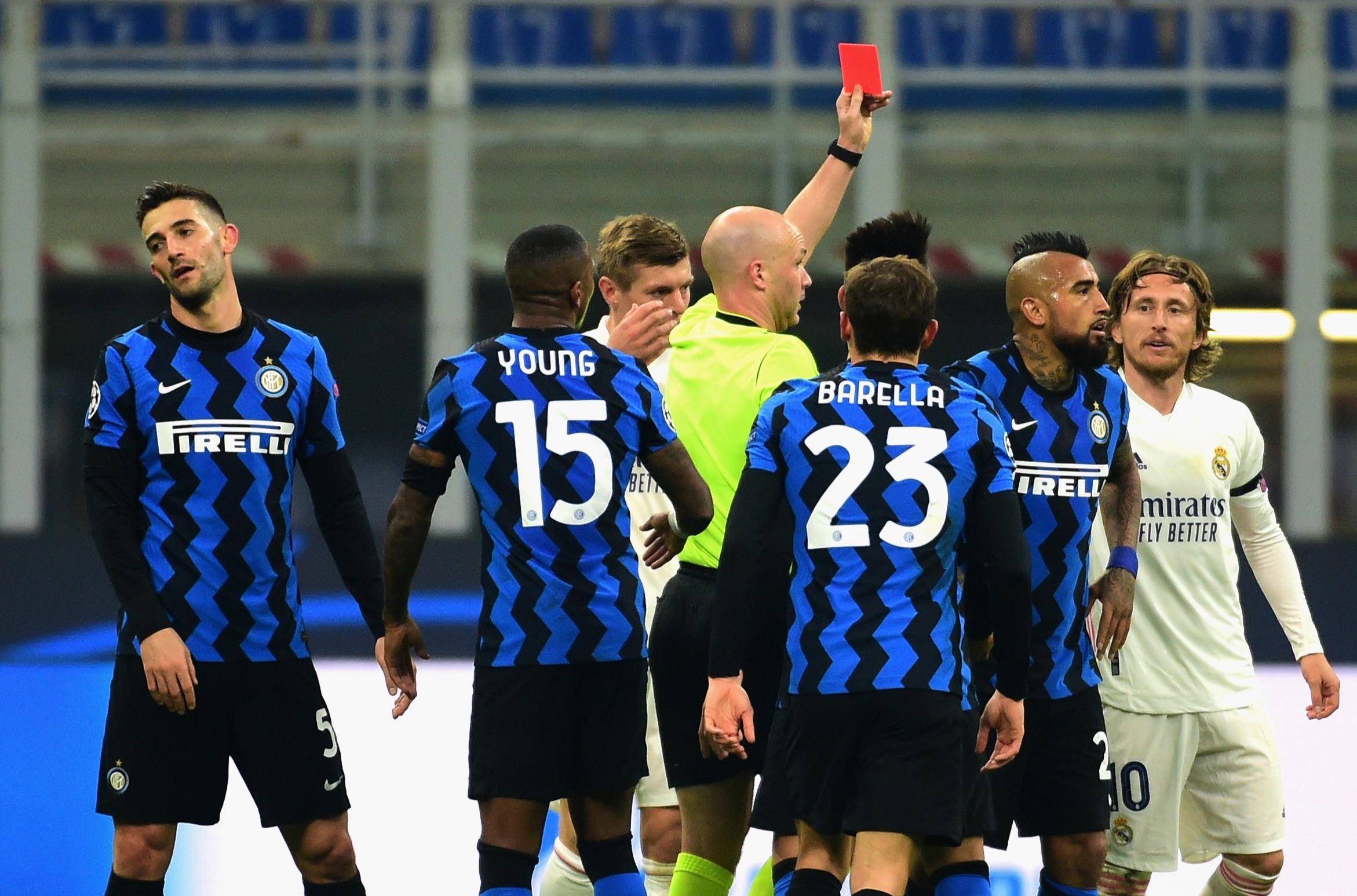 After half an hour of the Champions League tie, and with Real a goal up, Vidal claimed a penalty.

Raphael Varane felled the midfielder but replays suggested he had successfully nicked the ball with his tackle.

The Premier League referee remained unmoved and was swamped by Inter players as the ball soon went out of play, before Vidal arrived on the scene.

According to Gol TV, via Marca, Vidal exclaimed: "You have the s*** on VAR to look at and still nothing."

Taylor, 42, waved his finger at the six stars in his face and booked Vidal.

The 33-year-old initially appeared surprised by the card before pushing aside two team-mates to square up to the official. 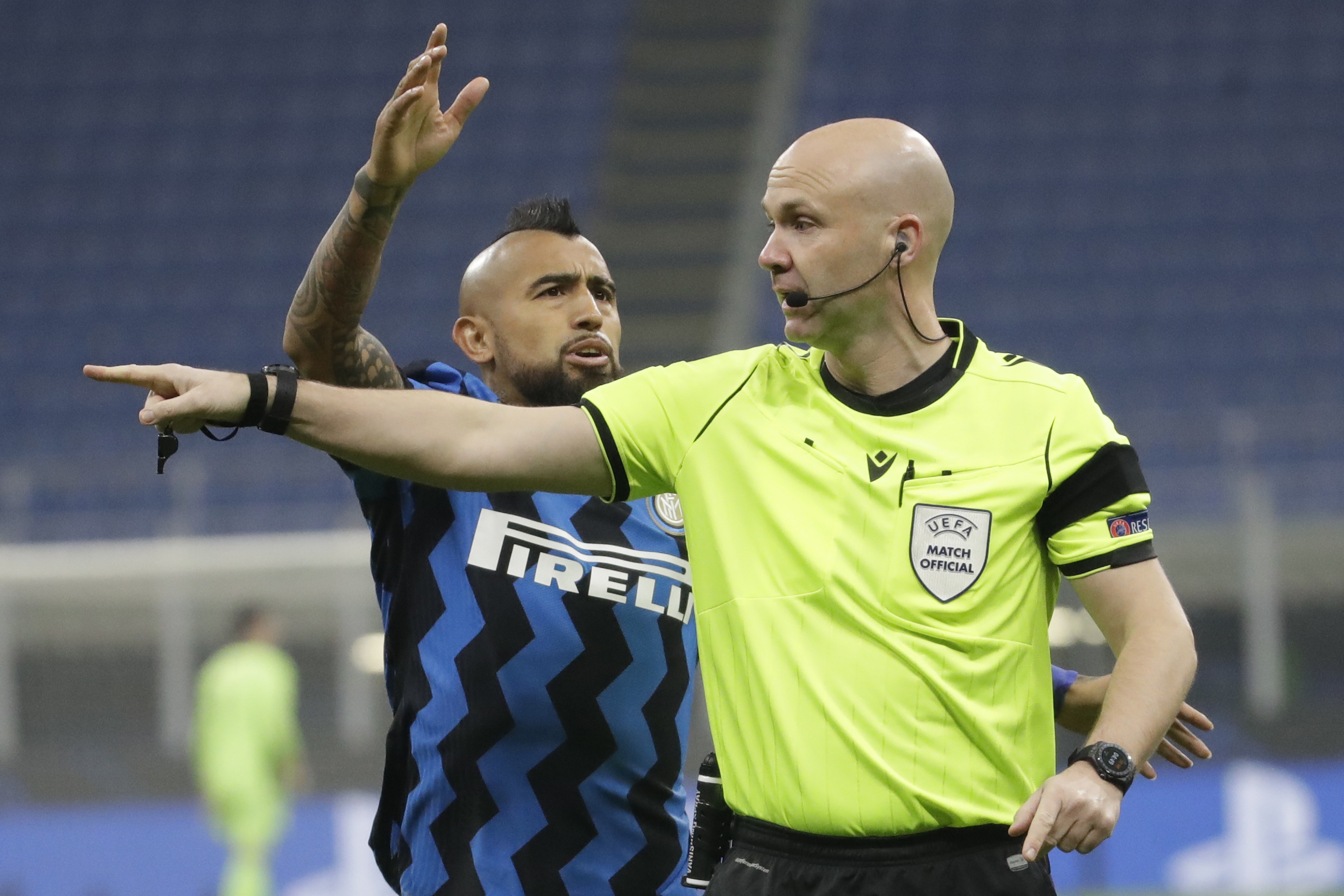 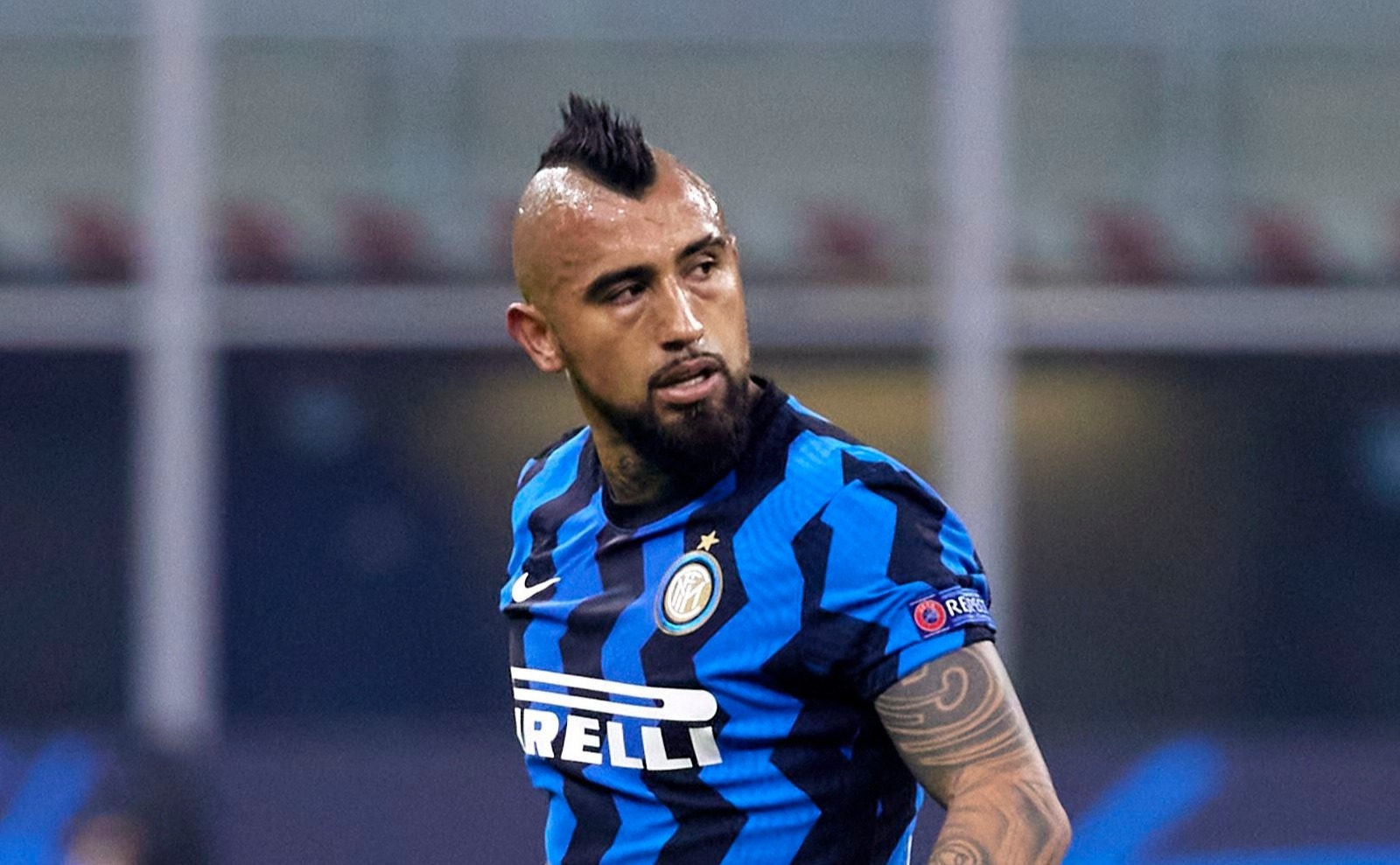 In amazing scenes, Taylor stepped back and stared the player down before brandishing the yellow again, sending him off.

The club are said to be increasingly concerned with the veteran's performances since his summer arrival from Barcelona.

And it is not only Vidal under pressure, with a strong eye also on Antonio Conte.

The coach takes his side to high-flying Sassuolo on Sunday with Inter sat fifth in a seemingly open title race.

After the defeat to Madrid, the Nerazzurri are also on the brink in Europe – stuck five points back from Real in Group B's final qualification spot.