The 16-year-old midfielder became the Grecians’ youngest ever player last August when he came on against Coventry City in the Carabao Cup, aged 15-years, seven months. 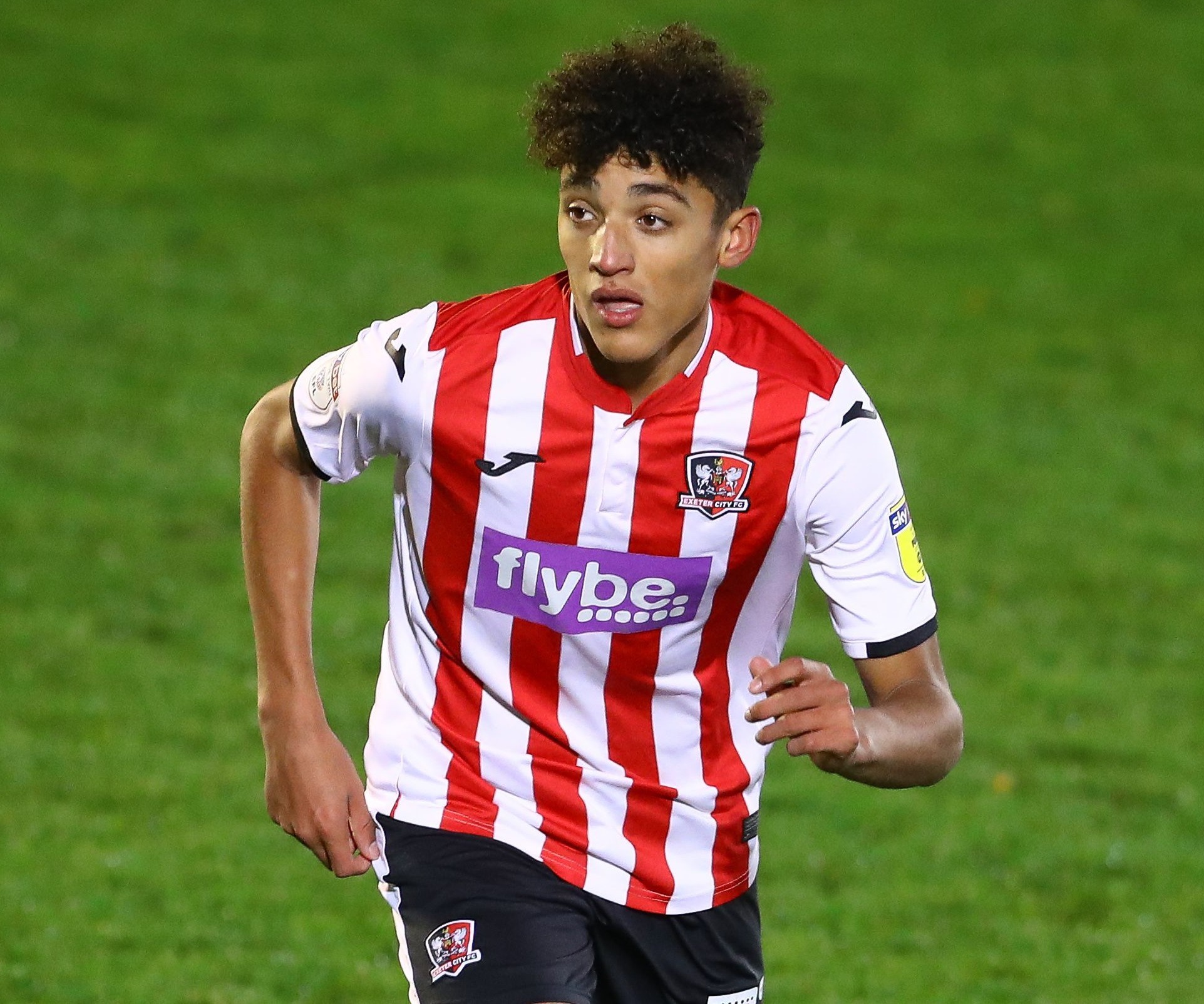 That was three months sooner than Exeter’s previous record holder Ethan Ampadu who went on to sign for Chelsea and star for Wales.

Chrisene has been tipped to follow in Ampadu’s footsteps after emerging as one of the top young teenagers in Europe and Chelsea boss Frank Lampard has personally tried to persuade him to join him at Stamford Bridge.

Jurgen Klopp has also invited him to watch a Champions’ League game as a VIP guest of Liverpool, while the youngster has already turned out for Bayern Munich’s youth team last season.

However Dean Smith now looks favourite to sign Chrisene, according to Devon Live, who have reported the youngster has turned down the League Two side’s offer of a pro contract, despite making five first team appearances for the Grecians before the season ended.

It is likely a tribunal may have to set a fee for the player if the clubs cannot agree suitable compensation.

However Exeter manager Matt Taylor is convinced Chrisene is destined for stardom.

“He’s going to play at the top level, it’s as simple as that,” he said.

Villa’s billionaire owners Wes Edens and Nassef Sawiris have invested heavily in the club’s youth policy since arriving and the former European champions now boast one of the best youth facilities in Europe.

Villa recently spent £3million to sign England wonderkid Louie Barry from Barcelona and are stocking up on some of the best young talents in Europe.

“I’m going to be brutal,” said Purslow. “Twenty-two-year-olds playing in an under-23 team means your system isn’t working. It means your system has failed because 22-year-old footballers at Aston Villa need to be in the first team.