Bao buns, traditionally called Gua bao are made of a warm and fluffy stuffing wrapped in sweet, white dough. They’re a bit like dumplings, but sweeter. Bao buns are normally filled with savoury food such as pork, beef, fish, or mushrooms. However, that’s not to say you can’t fill them with chocolate for a sweet treat! Express.co.uk talks you through BBC Good Food’s steamed bao bun recipe. 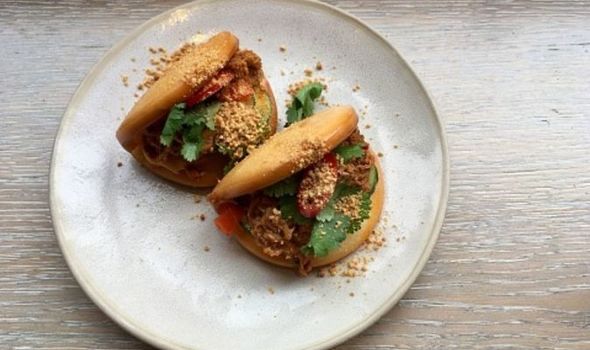 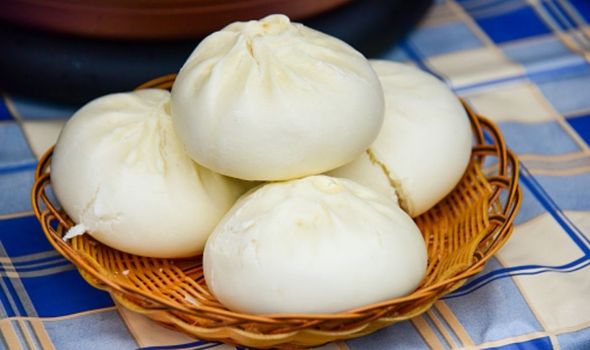 Mix together the flour, caster sugar and half a teaspoon of salt in a large bowl.

If you have a mixer, you can mix the dough in it with a dough hook until the end of step three.

Dissolve the yeast and a pinch of sugar in one tablespoon of warm water.

Add it to the flour with the milk, sunflower oil, rice vinegar and 200ml water.

Mix into a dough, adding a little extra water if needed. 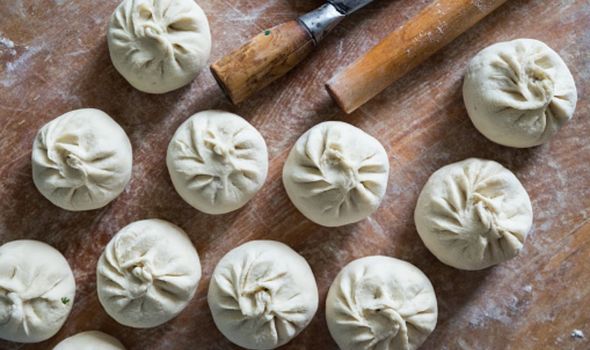 Tip the dough onto a lightly floured work surface and knead for 10 to 15 minutes, or until smooth.

Put in a lightly oiled bowl, cover with a damp cloth and leave to rise for two hours, or until doubled in size.

Tip the dough out onto a clean work surface and punch it down.

Flatten the dough with your hands, then sprinkle over the baking powder and knead for five minutes.

In the palm of your hand, roll each piece of dough into a ball and leave to rest for two to three minutes.

Use a rolling pin to roll out each ball, one by one, into an oval shape about 3 to 4 mm thick.

Rub the surface of the dough ovals with oil and brush a little oil over a chopstick.

Place the oiled chopstick in the centre of each oval. Fold the dough over the chopstick, then slowly pull out the chopstick. 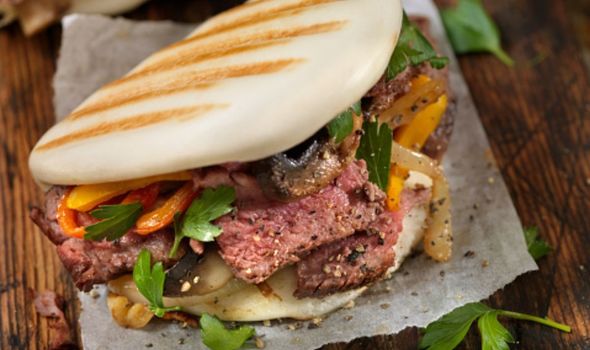 Cut 18 squares of baking parchment and put a bun on each.

Transfer to a baking tray, cover with a clean tea towel and leave to prove in a warm place for an hour and a half, or until doubled in size.

Steam the buns for eight mins until puffed up (you’ll need to do this in batches).

Prise open each bun and fill with whatever filling you fancy.

Eat them while they’re still warm, or steam them and then freeze them to eat later.