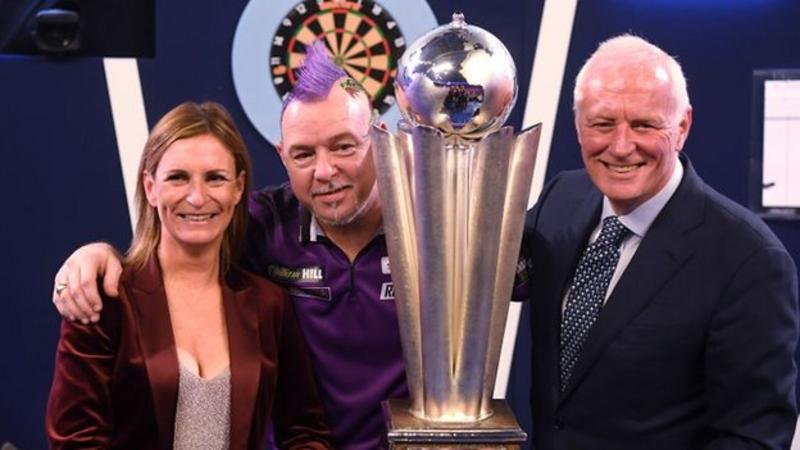 World Professional Darts Corporation chief Barry Hearn says he is “firing on all cylinders” after a heart attack.

He praised the NHS and is helping to oversee Friday’s launch of the PDC’s ‘home tour’, where players compete from their homes.

“I’m fine. With all the problems in the world, mine is not a problem,” the 71-year-old, who is also boss of the World Snooker Tour, told BBC Radio 5 Live.

“I was wonderfully looked after, as always, by the NHS.”

“I’m back firing on all cylinders and looking forward to the darts tonight,” said Hearn.

Hearn shot to prominence in the 1970s when he managed six-time snooker world champion Steve Davis.

He founded Matchroom Sport and promoted some of Britain’s biggest boxing events from the late 1980s and also served as chairman of football club Leyton Orient from 1995 to 2014.