BAYERN MUNICH has slashed their asking price for Thiago Alcantara from £36million to £27m with Liverpool set to sign the midfielder, according to reports.

Bild claim the Bundesliga champions have slashed the price of the in-demand Spaniard. 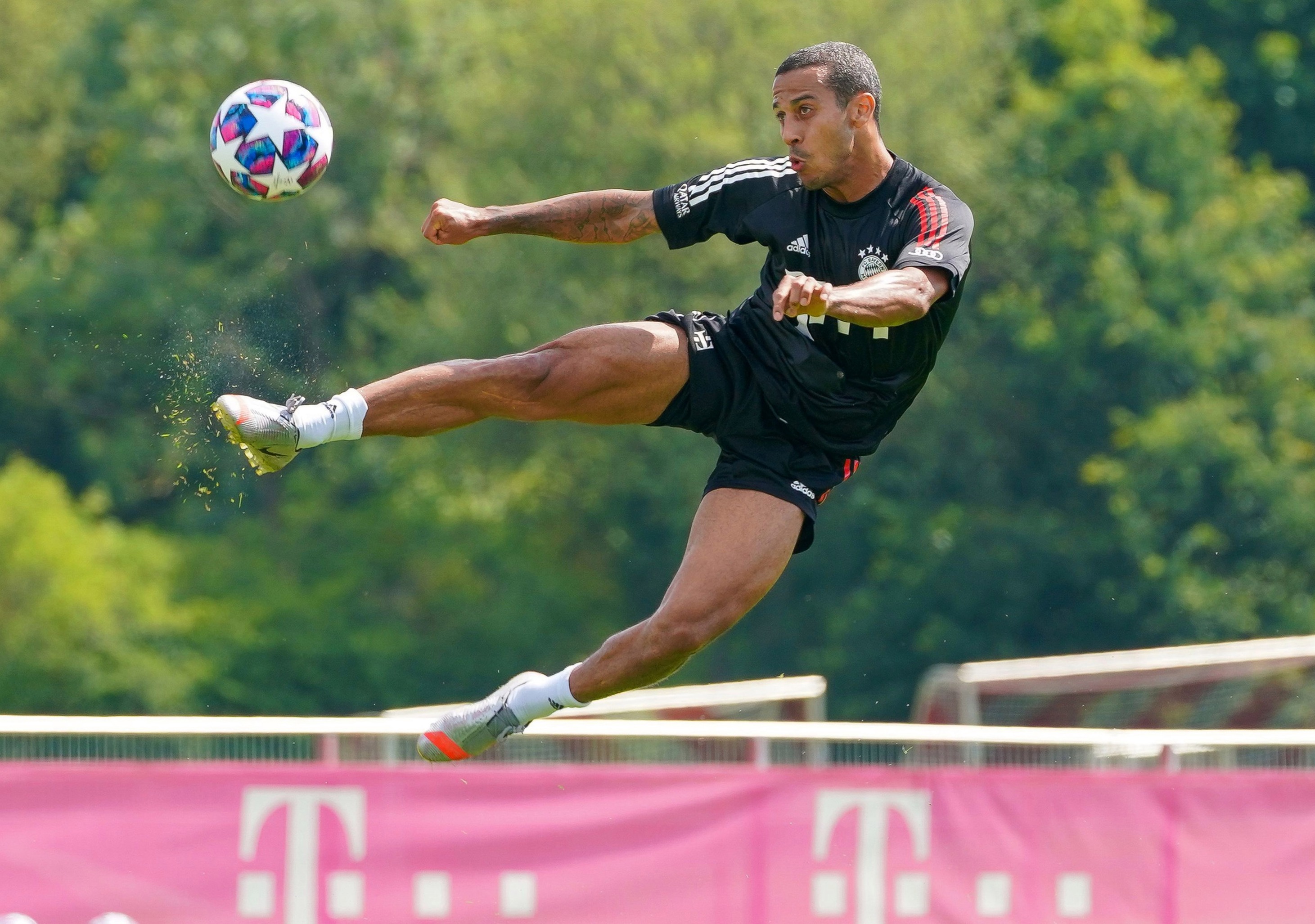 Earlier this month, it was claimed Liverpool had agreed personal terms with Thiago, 29, with the only stumbling block appearing to be the fee.

The Reds – who opted against making a move for Timo Werner over his sky-high valuation – had hoped to pay just £27m up front.

Bayern were said to be holding out for £36m, but rumours claimed they were willing to accept £31m.

But now, the German giants have caved in and will allow Thiago to leave for £27m.

Liverpool are yet to make an official offer.

He wrote: "Our Story: The Bosses of @fcbayern have decided that Thiago will be allowed to leave with an offer of at least 30 Mio Euros.

"TRUE: there is no offer yet."

The Spaniard had already told chiefs at the Bundesliga champions he wanted to team up with Jurgen Klopp as he seeks a new challenge.

"But I have to say honestly, the fees that circulate in the media, I have to laugh at that.

"We will not have a summer sale at Bayern Munich – we will only consider selling if the numbers are right.

"[Sporting director] Hasan Salihamidzic had a conversation with Thiago, we were optimistic.

"But Thiago told Hasan some time ago that he would like to do something different.

"No club has contacted us to date.

"The fact is that we want to play the remaining Champions League games with Thiago."