Home » Lifestyle » Bed bugs: What do they look like and the two sure signs you may have an infestation

Bed bugs: What do they look like and the two sure signs you may have an infestation

Bed bugs are small insects that feed exclusively on human blood. They can easily spread and lead secretive lives making them difficult to spot. If you have noticed random spots on your sheets or mattress and unusual smells which accompany these spots, you could have a bed bug infestation.

Spots on sheets and mattresses

If you can’t see any actual bugs, you may find evidence of them on your bed sheets and mattress.

Evidence can include tiny brown or black spots, which could be their dried poo.

You may also notice blood spots, which can occur if you squash a bug while sleeping after it has fed.

Bed bugs shed their skin as they grow, so you might also notice mottled bed bug shells on and around the bed. 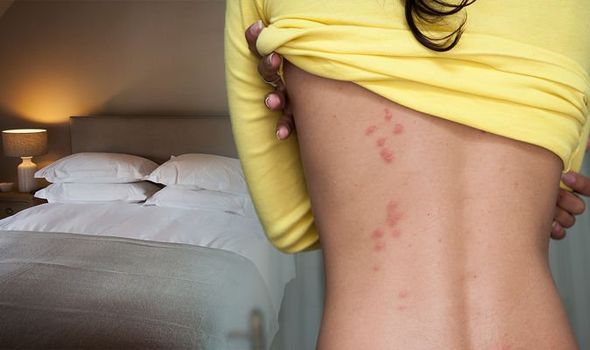 Smelling a certain odour emanating from the bedroom could mean you’re at risk.

“When a group of bed bugs gets disturbed, you may be able to smell that odour. Odours may result from bed bug faecal material.

“Other smells could be a coriander smell, or a sweet, musty odour.”

The scent gland of bed bugs can also produce a musty odour which is often described as smelling similar to coriander.

The smell is distinctly not a pleasant odour and is noticing a new and unusual odour wafting in your bedroom, it could be a warning you may have a bed bug infestation.

If you have an infestation of bed bugs you may begin to notice your home smells similar to mouldy shoes or wet, mouldy clothes. 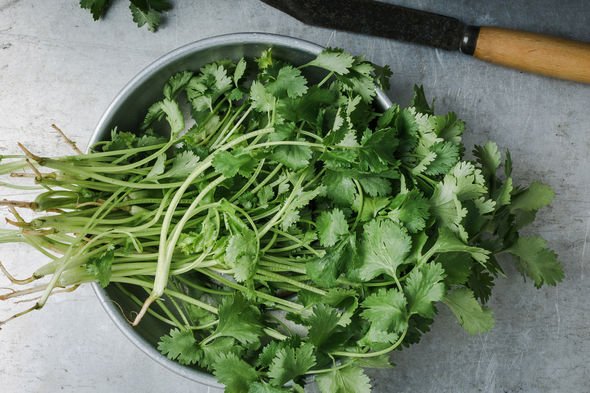 The pest control site continued: “They are reddish-brown, wingless and flat, although they swell up like a torpedo after a blood feeding.

“When that happens, they change to bright red in color, taking days to return to reddish-brown.

“Immature bed bugs are categorized by one of the five immature stages as they approach adulthood.

“They can also be seen by the naked eye, though the bed bugs in the youngest stage are very difficult to spot.

“Eggs are even smaller and much harder to see but can provide another sign of bed bug presence.”

What to do if you’re bitten

If you’re bitten by bed bugs, the first step is to wash the affected areas with soap and warm water, according to Rentokil.

They can also be relieved by applying an ice pack to reduce the swelling.

The pest control company also recommends: “If you find the itching extremely uncomfortable then you could also take an antihistamine to fight the irritation.”