Home » Lifestyle » Beirut explosion: Before and after satellite photos expose the devastating scale of blast

Beirut explosion: Before and after satellite photos expose the devastating scale of blast

The Beirut explosion is estimated to have killed at least 100 people and injured more than 4,000. But authorities fear the death toll will rise in the coming days as emergency services look for survivors in the rubble of Beirut’s busy port area. The explosion went off in the Port of Beirut, one of the biggest and busiest ports in the Mediterranean.

President of Lebanon Michel Aoun has confirmed the blast was triggered by a stockpile of ammonium nitrate held in a warehouse.

On Tuesday, August 4, a blast hit the port and spewed a tall column of smoke into the sky.

The explosion started a fire which is suspected to have caused a second, much bigger explosion. 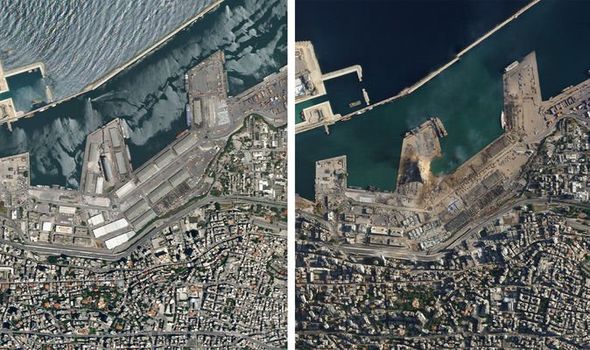 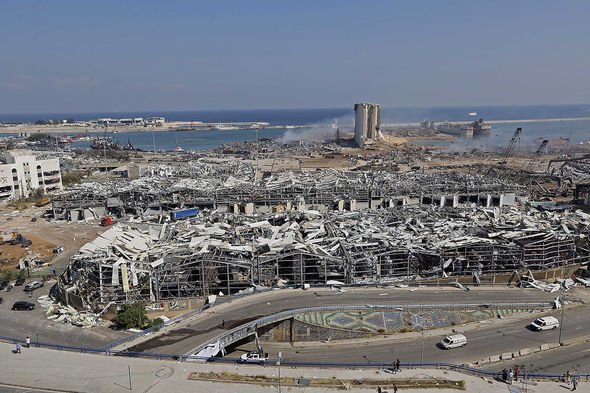 The blast was so powerful it was felt some 120 miles away in Cyprus.

Before and after photos snapped by the satellite company Planet show the immediate aftermath of the explosion.

The second photo shows a large crater filled with water where the warehouse with the ammonium nitrate once stood.

Buildings along the port that were caught near the blast have been turned to rubble. 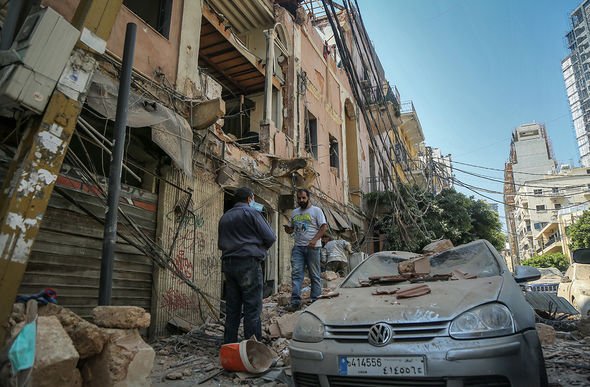 It was very hard to walk around, people were covered in blood

To the right of the blast site is a large yacht or ship that appears to have been flipped on its site.

The streets have been covered with dust and soot and pillars of smoke are seen rising from the rubble.

St George’s hospital, which is located about 0.6 miles from the blast had to be closed and patients were moved because of the damage it sustained.

The blast wave blew out windows as far as two miles from the port.

And as many as 300,000 people have been left homeless since Tuesday. 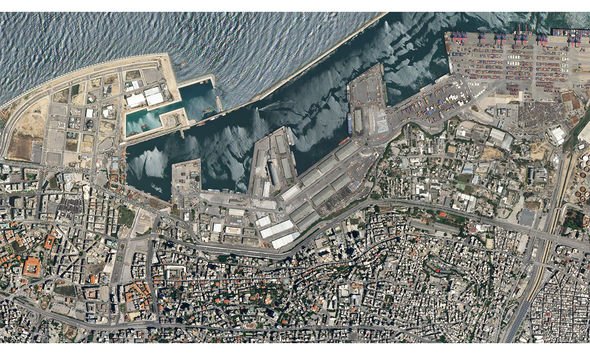 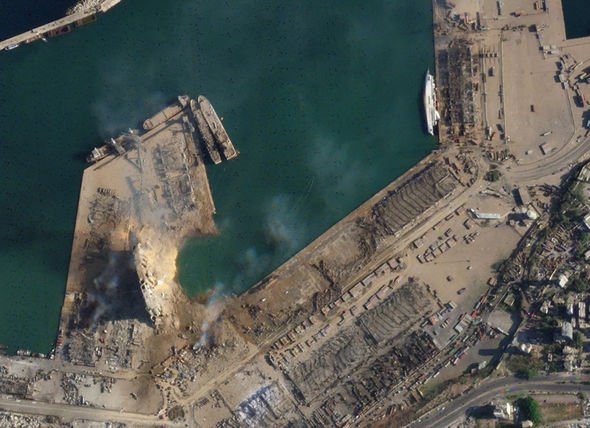 Hadi Nasrallah, who witnessed the explosion, said: “I saw the fire, but I didn’t yet know there was going to be an explosion.

“We went inside. Suddenly I lost my hearing because apparently, I was too close.

“I lost my hearing for a few seconds, I knew something was wrong.

Journalist Sunniva Rose also said: “There was still smoke going up into the sky late into the evening. The whole city was black.

“It was very hard to walk around, people were covered in blood.

“I saw an 86-year-old woman being treated by a doctor who had just run out of his home with a first aid kit.”

Lebanon’s prime minister has called for a day of mourning on Wednesday, August 5.

This is the most powerful explosion to have ever hit the Lebanese capital.

The ammonium nitrate stockpile is believed to have been illegally stored in Hangar 12 at the Port of Lebanon since 2013.