Bette Dewing, Columnist for a ‘Gentle City,’ Dies at 97

For more than 40 years, Ms. Dewing urged New Yorkers to reclaim civility in her column in Our Town, an Upper East Side weekly. She died of the coronavirus. 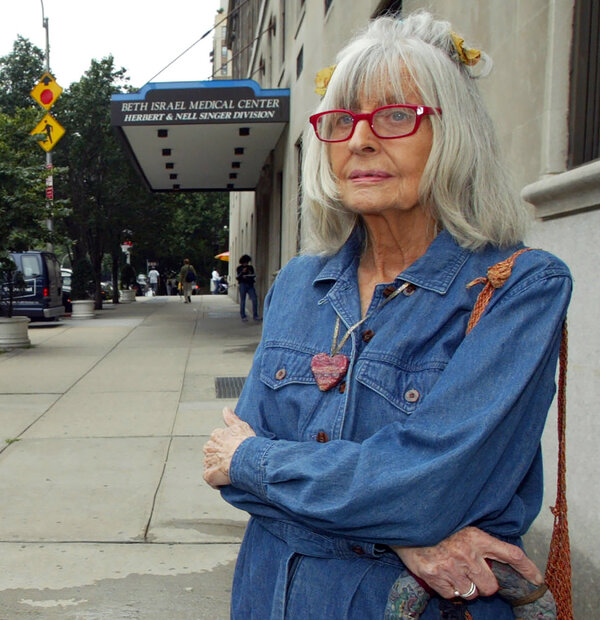 Every other week for most of 43 years, Bette Dewing wielded her column in the Upper East Side weekly Our Town like a billy club against reckless cycling, neglect of elders and other vices of modern city life.

The column was long called “For a Gentle City” — “because the city was anything but,” Ms. Dewing wrote — and it argued for propriety, not meekness. There were frequent references to “revolution,” including the “the revolution where neighbors really do help neighbors”; the “elderhood revolution” to “integrate generations”; and “the anti-lust revolution.”

These causes took hold of Ms. Dewing in her journalism and her everyday life. “Traffic anarchy” inspired her to report on protests against fatal car crashes, where she found mothers of adolescent victims to quote. Ms. Dewing carried a whistle, which she blew at speeding bikers. “Lawbreaker!” she shouted as they passed.

Ms. Dewing died on Sept. 5 in Manhattan, seven months after her last column. She was 97. The cause was the novel coronavirus, her son, Todd Brabec, said.

She realized not everyone shared her obstinacy: “My ‘negative/critical attitudes’ have sometimes unmade friends and failed to influence people,” she wrote.

Ms. Dewing deemed some subjects worthy of praise. She thrilled to summertime big band concerts held in a neighborhood park featuring musicians like Bucky Pizzarelli. She answered all her readers’ letters and encouraged letters to the editor as a form of civic engagement. Ms. Dewing herself had nearly 100 published in The New York Times, and her many letters to Our Town got her started working at the paper in 1974.

She frequently quoted Jose Temprano, one of her doormen, and lionized building workers for their “neighborly spirit,” especially when it came to helping out older residents.

Ms. Dewing increasingly relied on that spirit as she became, in her words, a “cane-dependent columnist.”

But her age was no impediment to her work. David Noonan, her editor for the final year and a half at Our Town, which is distributed for free in doorman buildings and newsracks, said he did not realize Ms. Dewing was in her late 90s. “She was just another hard-working journalist who got her copy in on time,” he said.

Bette Carol Dewing was born in Minneapolis on Dec. 6, 1922. Her father, Walter Dewing, was a businessman, and her mother, Celia Osman, was a homemaker who died young. Bette graduated from Edison High School and worked as a model and big band singer before marrying Ervin Brabec, a trumpeter and concert booker, in 1942. The next year, Ms. Dewing gave birth to Todd and his twin, Jeff, who also survives her.

Ms. Dewing and Mr. Brabec divorced amicably after he was discharged from the Navy. In 1949, Ms. Dewing moved to New York, where she rented a two-bedroom apartment on East End Avenue. A stock tip from a friend to invest in the Polaroid Corporation produced a windfall, helping Ms. Dewing buy her home in the early 1960s.

“She had a kind of Midwestern sensibility about how people should be to each other,” said Arlene Kayatt, one of her early editors who is still a columnist for Our Town. “But she was very opinionated, very confident about her opinions, and didn’t back down. To me, that’s a New York-y kind of thing.”

In one of her final columns, she scolded a radio talk show host for promoting the Rockefeller Center Christmas tree while ignoring the lesser known trees that are put up along Park Avenue every December. Their story was more poignant, she argued.

They were first installed in 1945 to honor those who had died during the war, she pointed out in a column. Ms. Dewing observed it was still customary for a trumpeter to play Taps during the lighting ceremonies.

“She was a repository for a lot of this, the details of life on the Upper East Side,” Mr. Noonan said. “Otherwise, who would remember this stuff, and who would mention it?”