Beyoncé's 'Black Is King' Is Exactly What We Need Right Now

Black Is King—like most bodies of work in Beyoncé's catalogue—came at the perfect time. The 85-minute visual album, now streaming on Disney+, reimagines the story of The Lion King set to songs from the soundtrack, The Lion King: The Gift, she produced last year. But—again, like most bodies of work in Beyoncé's catalogue—its meaning is much deeper than a simple retelling of a Disney movie.

“My hope for [Black Is King] is that it shifts the global perception of the word Black, which has always meant inspiration and love and strength and beauty to me,” the singer explained in a pre-recorded message for Good Morning America. “Black Is King means Black is regal and rich in history, in purpose, and in lineage.” 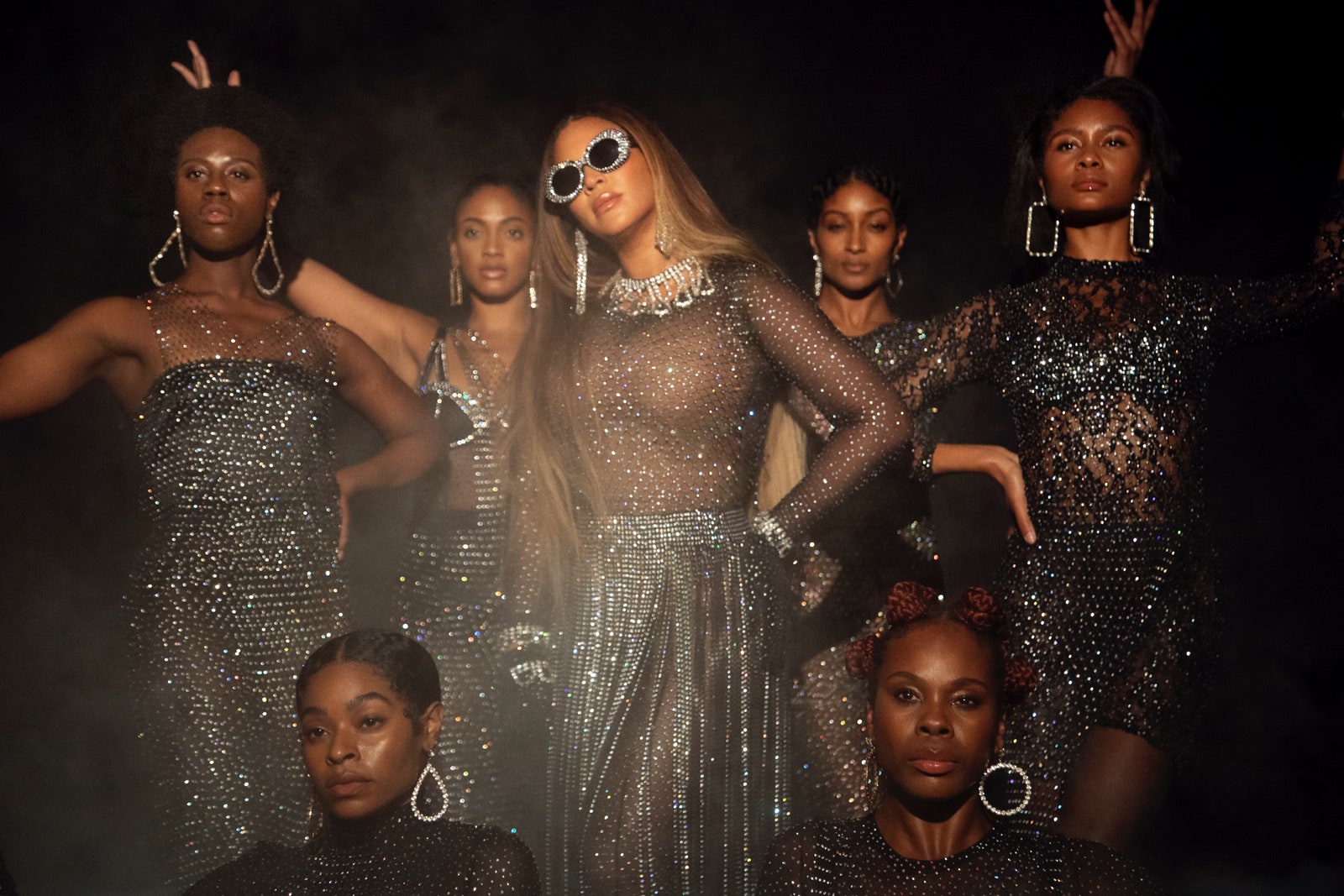 The timing is prescient. Blackness—and what it means to be Black—has been pushed to the forefront of the cultural conversation following the death of George Floyd at the hands of a white police officer in Minneapolis this past May. Protests admonishing police brutality have ignited around the world, and June was full of protest songs and messages of solidarity with the Black Lives Matter movement. At the same time, we also saw how Black women are still easily disregarded and unprotected. The death of activist Oluwatoyin “Toyin” Salau and the shooting of Megan Thee Stallion are just two cruel reminders. Now, more than ever, it is important to reaffirm not just our value but our humanity as well.

Beyoncé’s discography and career has always centered and advocated for Black female empowerment. Whether it’s having an all-Black female band, embracing the term feminist, or unabashedly speaking her truth on 2016’s Lemonade, the singer has unquestionably informed the way society at large views Black womanhood. For her 2018 Coachella performance, which later became the 2019 Netflix special Homecoming, she brilliantly brought the HBCU culture to the mainstream. Black Is King, however, shows the richness and depth of Blackness on a global scale.

https://www.instagram.com/p/CCAMxfrHjAL” data-instgrm-version=”8″>Shot in locations like Ghana, Johannesburg, London, and Belgium, the visual album is both personal and universal. Familiar faces from her life are there alongside the African cast portraying the Lion King characters. Husband Jay-Z is memorable in “Mood 4 Eva,” giving off major “Everything Is Love” vibes. Pharrell’s cameo in “Water” feels fresh, yet soothing. “Brown Skin Girl” is an empowering mix of Naomi Campbell, Kelly Rowland, Lupita Nyong’o, and Bey’s daughter, Blue Ivy, smiling from ear to ear. Throughout Black Is King, we also hear Black men address the misconceptions they regularly face, as well as what being a king means to them. (“That’s what really being a king is—taking care of your responsibilities…taking care of people that’s king shit to me.”)

From the moment we see Beyoncé—ethereal in a flowing white gown, adorning a young Simba in tribal paint—it was clear that Black Is King would be an unforgettable visual experience. But the overarching theme isn't just about the extravagant costumes, beautiful scenery, or intricate choreography. (Although, those are amazing.) It's best summed up by the queen herself: “To live without reflection for so long might make you wonder if you even truly exist.” Black Is King holds a mirror to the dynamic nature of Blackness–one for all the world to see. The result is truly remarkable.

All products featured on Glamour are independently selected by our editors. However, when you buy something through our retail links, we may earn an affiliate commission.