Billie Jean King is handling life in 2020 just fine. Something about being a pioneer in both athletics and the fight for social justice and gender equality lends itself well to having some perspective on perseverance.

“I have this saying that champions adjust,” King says over the phone from her home in New York, where she’s been throughout the pandemic. “When we had to stay in the apartment back in March, I said, ‘Well, I guess this is going to find out the true meaning of champions adjust, because we’re going to have to really, really change.’”

King, for one, is pretty well versed in adjusting. She’s been staying active at home with her stationary bike, weights and bench, doesn’t mind not going out socializing, and has been busier than ever with work.

“I try to take one moment at a time, stay in the process of life,” she says.

King, the barrier breaking former world number 1 ranked tennis player and longtime advocate for gender equality in the sport, is reflecting on it all in the new Audible audio documentary “The Dollar Rebellion,” a 90-minute oral account of risking her career and successes to fight for equal pay.

“This is a story that needs to be told. It’s 50 years old, but it’s very relevant today. It will be relevant probably forever, as an example of what’s possible, if you make up your mind to it and you’re willing to,” King says.

She takes listeners through the organization of the Original 9, a group of nine female tennis players who fought back against the USLTA for wage equality in tennis. The athletes signed a one-dollar contract with Gladys Heldman, the publisher of World Tennis Magazine in 1970, to have their own tournament, with fair wages. 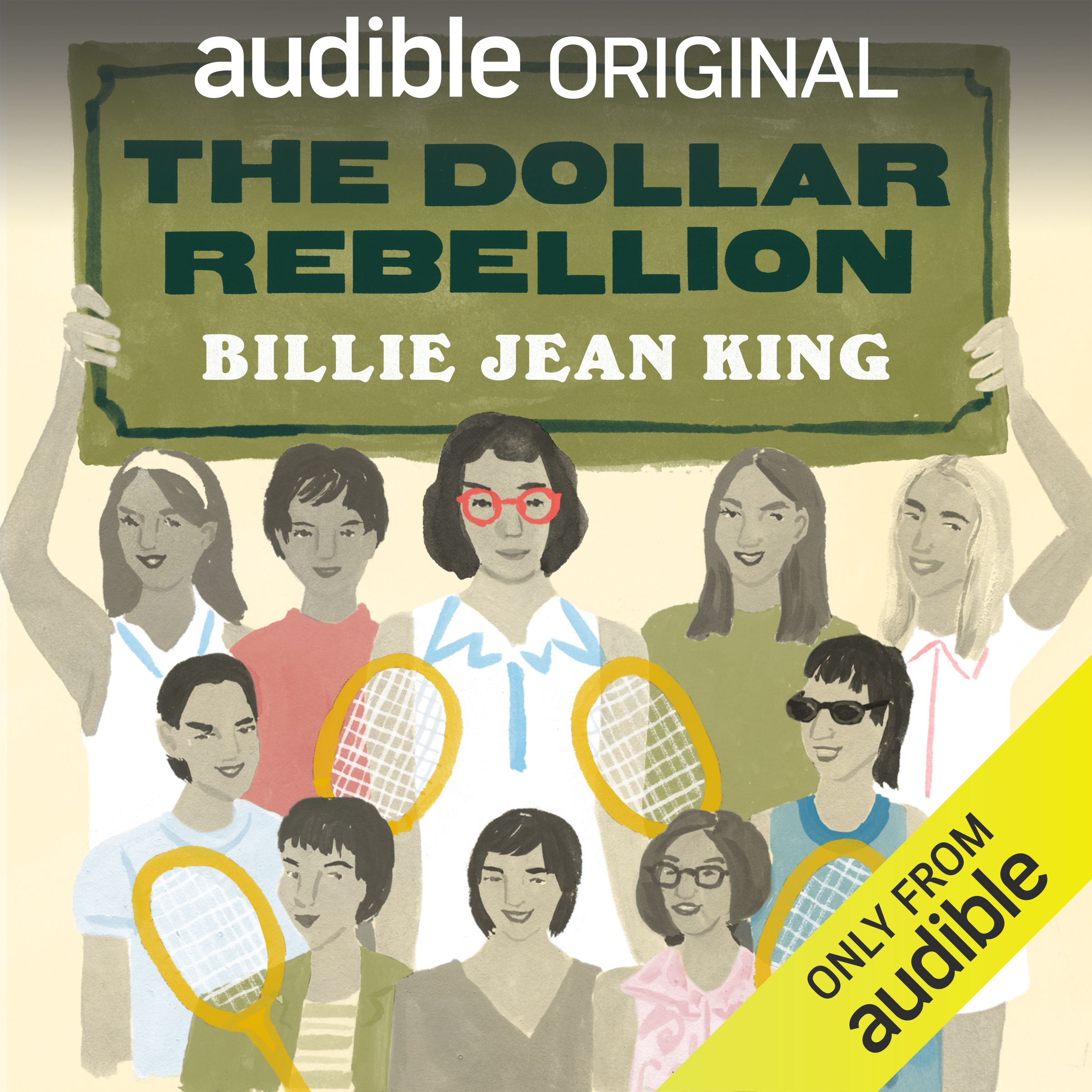 “What we did by doing that, we got suspended and threatened we’d never get to play Wimbledon or anything else again. But we didn’t really care. We decided we’re going to do it. We were really a great team together, the nine of us,” King says.

Her story has been told in many mediums over the years, but King says the battle for gender equality is as relevant as ever today.

“People said ‘this tournament is great. But what’s going to happen after the tournament?’ What happened was this was a springboard to what you see today. The women’s tennis players pros that you see today, when they get a check for $3 million at the U.S. Open, if we hadn’t had our day back then, the women would not have what they have today,” King says. “I want people to listen to this and think about their own life and how it’s relevant to them and inspire them and give them courage to believe in themselves and believe in their visions and all the possibilities.”

Though she’s been having them for decades, King is nowhere near done having conversations about gender equality.

“The reality is we still don’t think of women as leaders for everyone. We have to change. Kamala [Harris], let’s take that because she’s our new vice president, and the first woman. You know what they say all the time? ‘Oh, she’s going to inspire so many little girls.’ Why can’t she inspire a little boy? Why can’t she be a leader for everyone? People always do that. They always do it to women. I can’t stand it,” she says. “When people say, ‘Billie, thank you for what you did for women’s tennis.’ I’m like, ‘Oh my God, shoot me right now.’ We need to think of ourselves as leaders for everyone, not just our gender. Until we change that and make the world change it, we’re not going to make it.”