BILLY JOE SAUNDERS hit the headlines this weekend after a video of him appearing to promote domestic violence circulated on social media.

The WBO super-middleweight champion, 30, later apologised after seeming to give men advice on how to hit their partners. 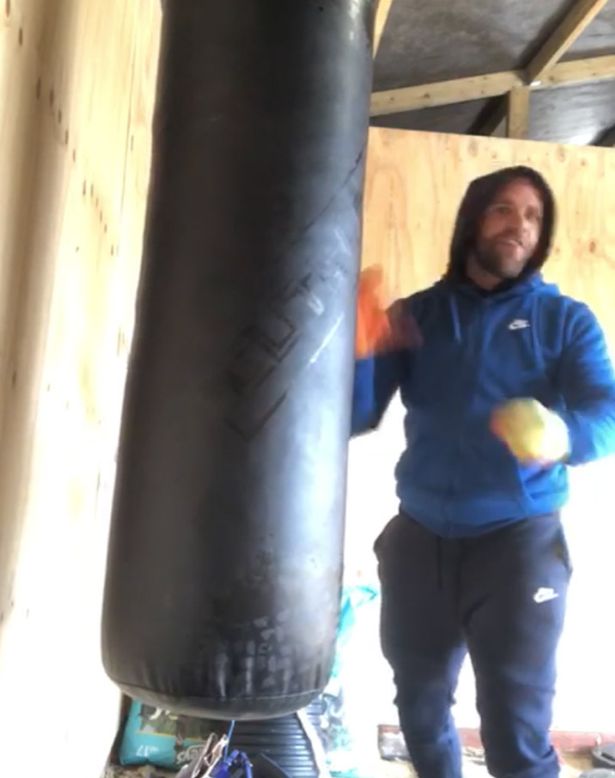 Saunders apologised on Twitter, writing: "I would never condone domestic violence and if I saw a man touch a woman I would smash him to pieces myself I have a Daughter and if a man laid a finger on her it would be end well. Apologies if I offended any women stay blessed x".

He then donated £25,000 to a domestic violence charity as way of apology.

But he still had his boxing licence suspended by the British Boxing Board of Control for the stunt.

And this is by no means the first storm Saunders has kicked up during his controversial career – which includes a failed drugs test.

We've taken a look at some of the boxer's lowlights…

THERE'S a time and a place for humour… joking about a killer virus in the middle of a global pandemic is not one of them.

Earlier this month, Saunders had his trainer Ben Davison and stable-mate Josh Taylor kicked off a plane after calling Delta Airlines with a coronavirus warning.

An audio clip surfaced on Friday which appears to reveal Saunders laughing as he recalled ringing the company to tell them a friend of his had the deadly Covid-19 bug and was preparing to board the flight.

Saunders later claimed it was not a "prank" and he was genuinely concerned. 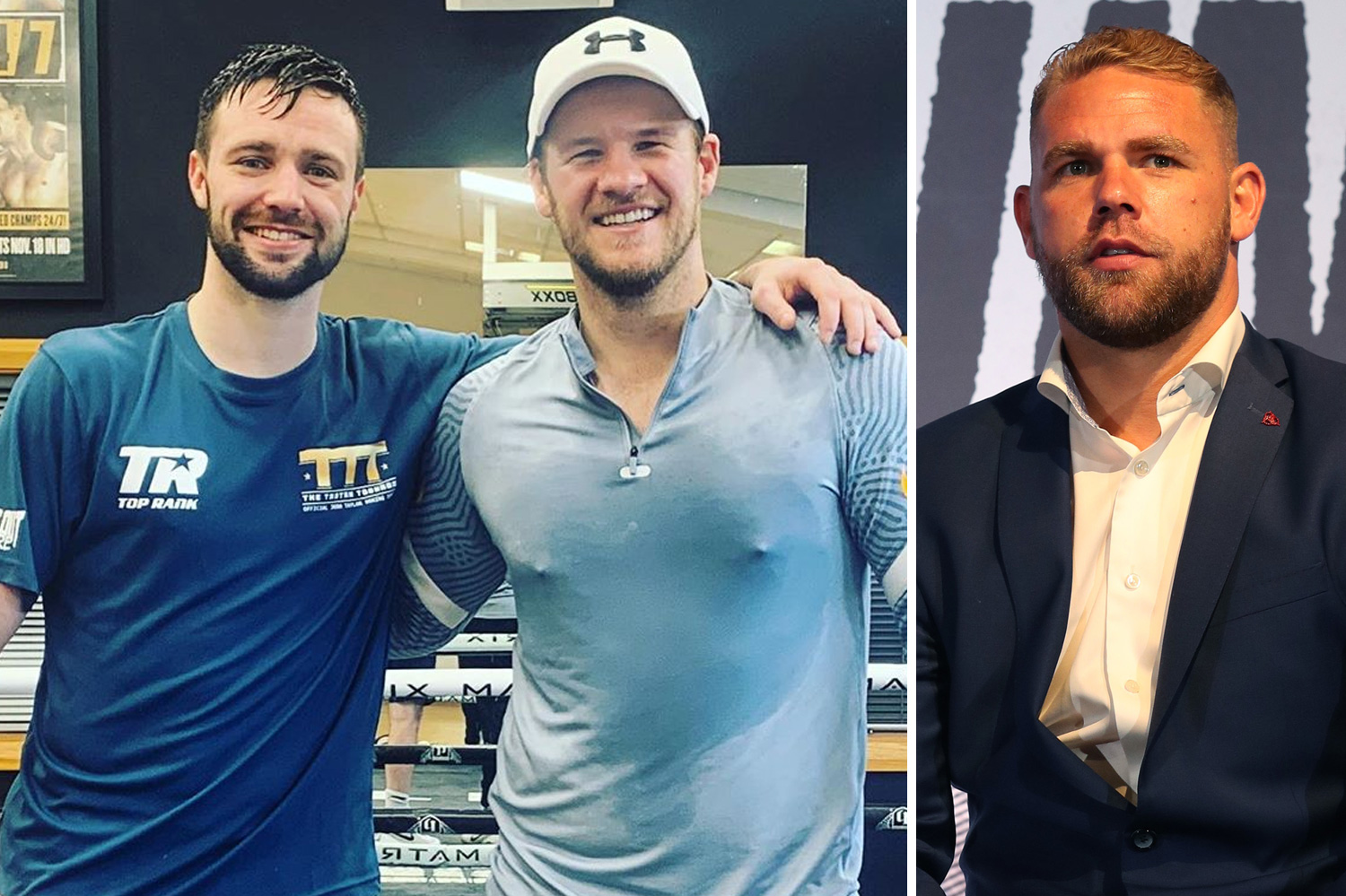 He said on Twitter: "Just wanted to clear a couple of issues up that I’ve seen flying around social media today. One of my best mates was in camp with me, supposed to fly back with me yesterday.

"He didn’t fly back because he felt a little bit poorly, woke up this morning feeling in a bit worse a position. Anyway he made his decision to go back. I didn’t want him to go back.

"They pulled him off the flight once I made them aware.

"When they pulled him off the flight he had his test and thank God he didn’t have coronavirus. Like I say, it’s nothing to be laughed at, a member of my family has just been diagnosed with it in the last 24 hours.

"But once the seriousness was gone and I knew he didn’t have it, then it became a bit of a joke that he missed his flight.

"I’m very embarrassed about laughing about that because amongst friends it’s okay but it’s getting out to the public’s ears. So I just want to apologise to the public if it’s offended you."

WHAT is it with Saunders and flaunting the rules of the road?

The boxer once filmed himself speeding in his flash Lamborghini Huracan.

It is a criminal offence to use a phone while driving and offenders can be both banned and fined.

And that's all before you take into account the clip accidentally caught him in the act speeding with his speedometer on view.

On top of that, Saunders has filmed himself allow his young children to drive his cars THREE times.

Earlier in 2019, Saunders allowed his lad to drive his 4×4 around a field.

He pulled a similar stunt in 2018, as one of his young children was spotted driving around in a huge vehicle.

However, Saunders did nothing illegal as all three stunts occurred on private land.

IN 2018, Saunders was forced to apologise for "taunting a drug addict" by apparently asking her to perform a sex act in exchange for £150 of crack.

In shocking footage the British undefeated middleweight champion also told the woman to slap a passerby and call him a "paedo" if she wanted the drugs.

Saunders was fined £100,000 for the incident, after which he tweeted: "Apologise to everybody who’s took offence.

"Totally in the wrong, can’t do anything but be sorry. Banter went wrong. Apologies once again."

SAUNDERS caused chaos at a Nando's in Belfast in August 2018 – after launching half a chicken at Deontay Wilder.

The pair were in the Northern Ireland capital ahead of Tyson Fury's anticipated showdown as he looks to set up a clash with the American heavyweight.

A video appeared online allegedly showing the world middleweight king – who earlier uploaded a picture of him in a similar shirt to the one seen – dashing for the exit after executing his cheeky plan.

Wilder and his crew dashed after his rival and one member of his entourage slipped in his haste – sending tables flying.

Later on, Saunders explained: “I just went to say hello and how are you. Next thing you know he tried to be the bully, so I beat him up with a chicken.

IN September 2018, footage of Saunders apparently pretending to be a policeman and forcing a man to strip naked in his car surfaced.

In the shocking clip – said to be from two years earlier – the boxer is heard telling a stunned driver who has pulled over to the side of a road to remove his shirt, trousers and clothes because it is thought he "has a weapon".

The motorist nervously smiled throughout the video, seemingly unaware if it was a prank or a legitimate roadside stoppage.

The driver refused to turn around and said he hasn’t got a gun and seemed to tell Saunders to “f*** off”.

The boxer, nicknamed “Superb” then bursts out laughing and makes his way back to a black VW which is parked on the side road.

Although Saunders did not specifically say he was an officer during the clip, he said he had received a "call" and said he was "calling back up".

NEVER shy in taking to social media, Saunders has caused quite a few rifts on Twitter down the years.

In 2017, ahead of his clash with David Lemieux in Canada, Saunders risked the wrath of boxing's top brass with a vile tweet.

Promoter Frank Warren later admitted the post was "unacceptable", adding: "I’ve given him a dressing down. This was schoolboy smut from someone behaving like a stupid juvenile.

Less than a year later, he got into a spat with Chris Eubank Jr over Twitter.

It ended with Saunders writing: "Go play with your dad's k**b."

FIGHTING WITH MY FAMILY

IT'S not just in the ring – or in Nando's – Saunders does his fighting, though.

Last May, he slapped German opponent Shefat Isufi during their weigh-in ahead of their glamorous clash… in Stevenage.

At a separate fight – against Willie Monroe Jr two years earlier – his son Steve, then eight-years-old, hit his dad's opponent  in the groin.

Steve later apologised, saying: "Sorry for punching you in the nuts".

"WOMEN ARE FOR SEX & CLEANING"

In July 2015, Saunders landed himself in hot water again during an interview, when asked for his views on women’s boxing.

Speaking to camera, he said: “I think women are there for sex, every night – hard sex. A woman’s there for cleaning, cooking, washing and sex.

“They're not there to put a headguard on and get punched in the face, although I must say Katie Taylor has done extremely well."

He added: “All jokes aside that’s my opinion on women, but I’m just a sex maniac.

“I don’t want to see women getting punched in the nose and in the face, it’s not very nice is it?”

Responding to Billy’s comments, Olympic gold medallist boxer Katie told to her 141k followers: “I feel sorry for his wife and daughter if that’s his only view on women.”

Saunders later apologised for the comments, saying: “If anyone’s offended by that, I’m sorry. When you see me, just come and give me a cuddle and I’ll cuddle you back.”