Home » Lifestyle » Bloating causes: When your stomach bloating could be a sign of an autoimmune disease

Bloating causes: When your stomach bloating could be a sign of an autoimmune disease

Stomach bloating is, sometimes, indicative that something is wrong. On those instances where it’s not the result of too much gas, it could pertain to an autoimmune disease.

Symptoms of a certain immune disease can range from mild to severe.

They include bloating, diarrhoea, nausea, wind, constipation and tiredness.

What is this autoimmune disease I hear you ask? It’s coeliac disease.

Coeliac UK explained that coeliac (pronounced see-liac) disease occurs when your body’s immune system attacks its own tissues when you eat gluten.

Gluten is a family of proteins found in grains, such as wheat, rye and barley.

Gluten is made up of glutenin and gliadin – and when mixed with water, the gluten forms a sticky paste.

This sticky paste is what makes the dough elastic and gives bread the ability to rise during baking. 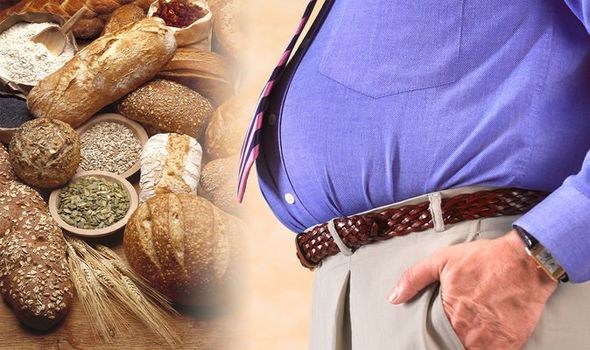 Those with coeliac disease suffer from an attack from their own immune system when eating gluten.

This leads to damage in the lining of the gut and results in the malabsorption of nutrients from foods.

Not to be confused with an allergy or food intolerance, coeliac disease can also lead to mouth ulcers and sudden or unexpected weight loss.

The only treatment for coeliac disease is a gluten-free diet.

Coeliac UK suspect that one in 100 people within the UK have the disease.

However, it adds that “only 30 percent of these people are diagnosed”.

The first test for coeliac disease is a blood test done by your GP.

It’ll look for antibodies the body makes in response to eating gluten. 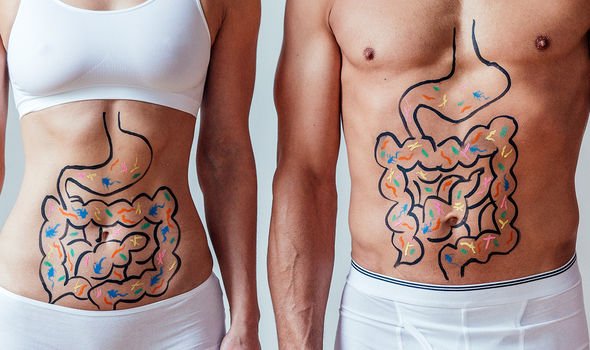 Should the blood test come back positive, you’ll be referred to a gastroenterologist.

The gastroenterologist will then perform an endoscopy with biopsy to confirm the diagnosis.

Coeliac disease is a life-long condition, with no treatment aside from banishing gluten from your diet.

This is why people diagnosed with the condition are referred to a dietician to help them transition to a gluten-free diet. 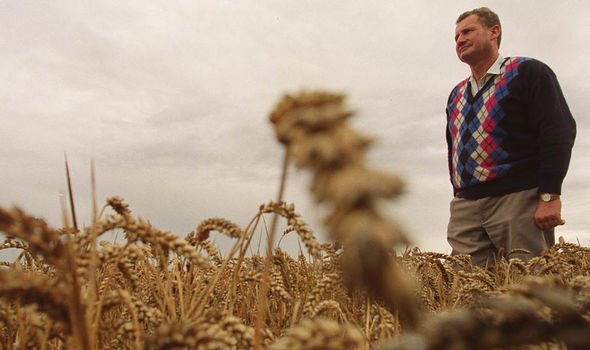 The NHS stated that “meat, vegetables, cheese, potatoes and rice” are naturally free from gluten.

Also refrain from eating pies, gravies and sauces, and check the ingredients on processed foods.