Boy, 12, who hasn’t had a haircut since he was four decides to have his locks chopped for only the second time in his life to raise funds for The Little Princess Trust

A schoolboy that has grown an impressive head of hair to donate to charity is to set to give his mane the chop.

Bertie Pilkington, a 12-year-old from Newbury, Berkshire, is to have only the second haircut of his life in aid of the Little Princess Trust.

Bertie, a pupil at Park House School, Newbury, hasn’t had his hair trimmed since he was four and it’s now down to his waist, making him look like a young rock star.

On May 13th, he will have it cut at a local salon, and the lock will be donated to the charity which converts hair into wigs for children who have lost theirs, including through cancer treatment.

He plans to donate his curls to the charity which converts hair into wigs for children who have lost theirs, including through cancer treatment. 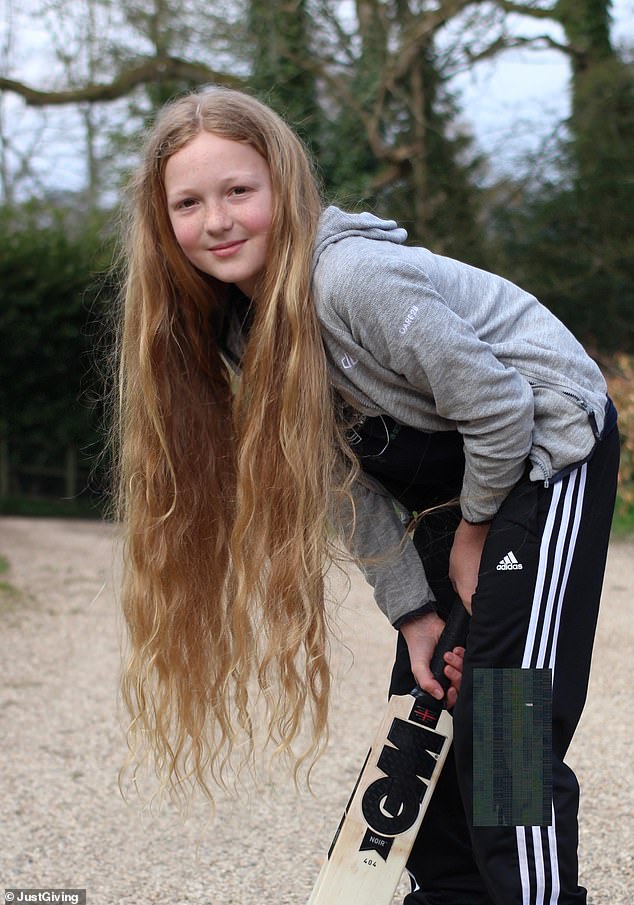 Bertie Pilkington, a 12-year-old from Newbury, Berkshire, pictured, is to have only the second haircut of his life in aid of the Little Princess Trust on May 13th

The trim will take place at Headroom salon in Inches Yard, Newbury.

Bertie’s mother Jo Munting said ‘He had it trimmed when he was four, when he went to school. He’s been growing it ever since.

‘He’s getting it cut and donating his hair to the Little Princess Trust, which makes wigs for children. He’s hoping to raise money for them as well.’

Bertie said ‘Ever since I was old enough to have my hair cut, I’ve never really had it cut. 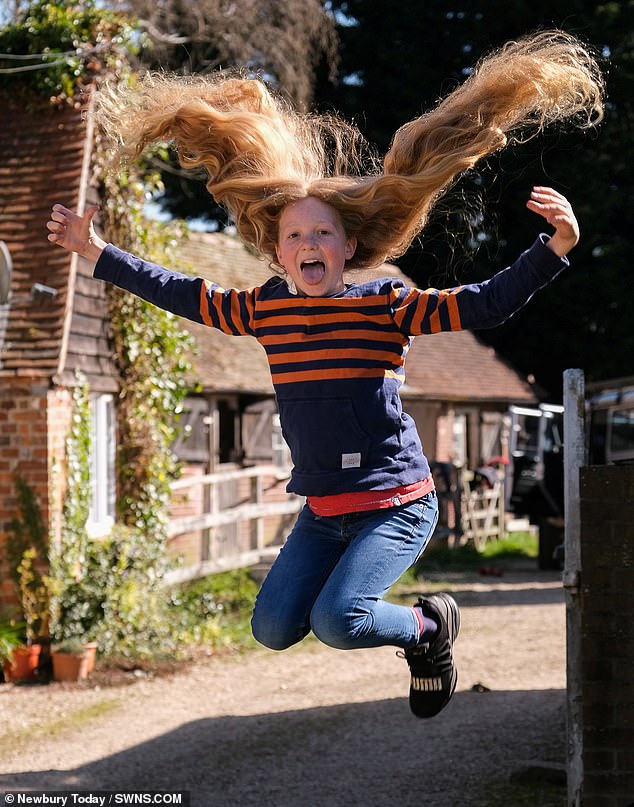 Bertie, pictured, hasn’t had a haircut for eight years, and is excited to help other children who don’t have hair

The schoolboy’s last haircut dates back to when he was four, pictured. He was inspired to donate his mane after watching a CBBC programme where a little girl has no hair

‘There was this My Life programme on CBBC and this girl had a necklace with beads on of all the things she had to go to hospital for.

‘There was one with a head and it said “a head, with hair” and there was another one next to it with a head without hair.

‘And she talked about going through cancer and not being able to have hair. 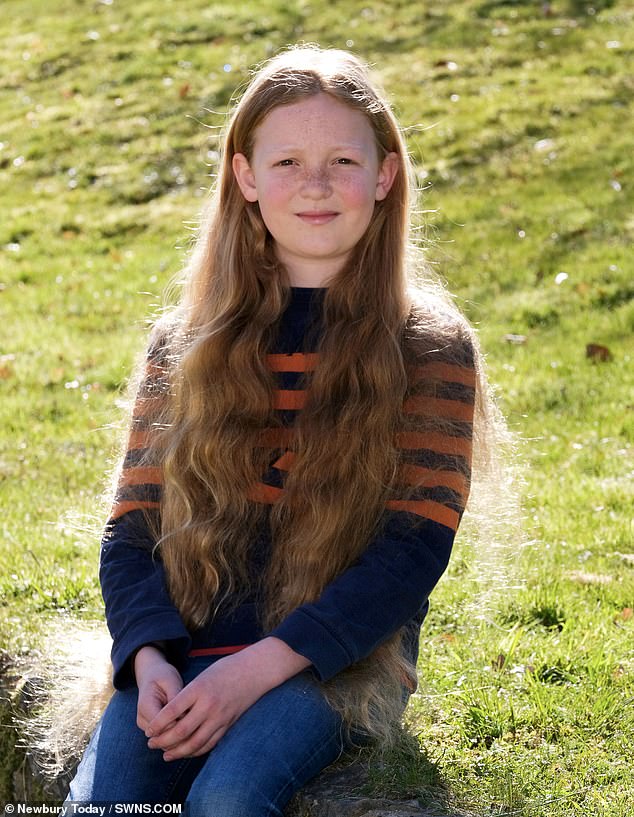 Bertie, pictured now, will have his hair chopped on May 13. He’s already raised £350 for the Little Princess Trust through a JustGiving page 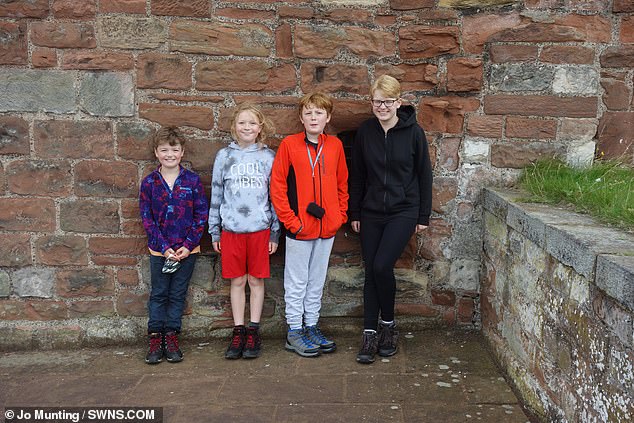 From left to right: Sam, Bertie, William and Izzy Pilkington. The Princess Trust works with approved salons to create the wigs

‘It’s just about giving back, because of how lucky you are to not have cancer.’

A JustGiving page has been set up by Bertie, with an initial fund-raising target of £550, and it’s already got pledges of £350. All proceeds will be donated to the Little Princess Trust.

The charity provides wigs made of real hair, free of charge, to children  and young people up to age 24, who’ve lost theirs.

Created in 2006, the Trust works with trusted salons to approve and fit the wigs, making sure they are as close to the child’s natural hair colour as possible.

Made of real hair, the wigs can be styled and cut to fit the person’s style of choice. 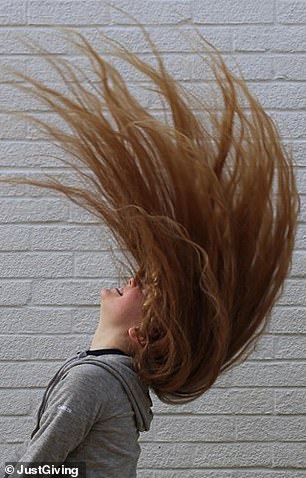 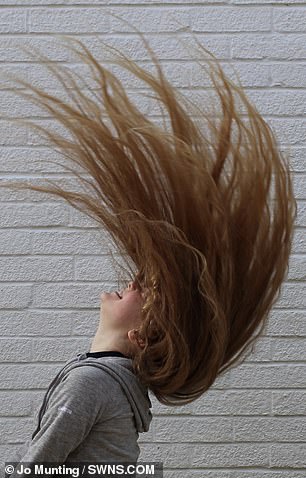 Bertie, pictured showcasing his impressive mane, left and right, said he wanted to give back because he was lucky not to have cancer

This upcoming haircut will be the second Bertie, pictured, will ever get in his life, since his last one age four 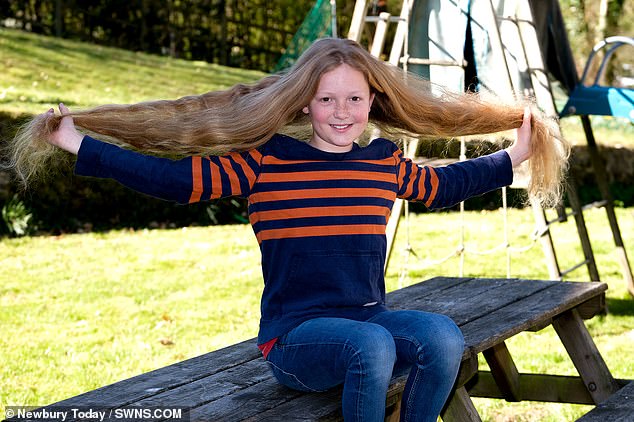 The 12-year-old, pictured showing the length of his locks, said he felt for a littl girl on a CBBC show talking about living with cancer 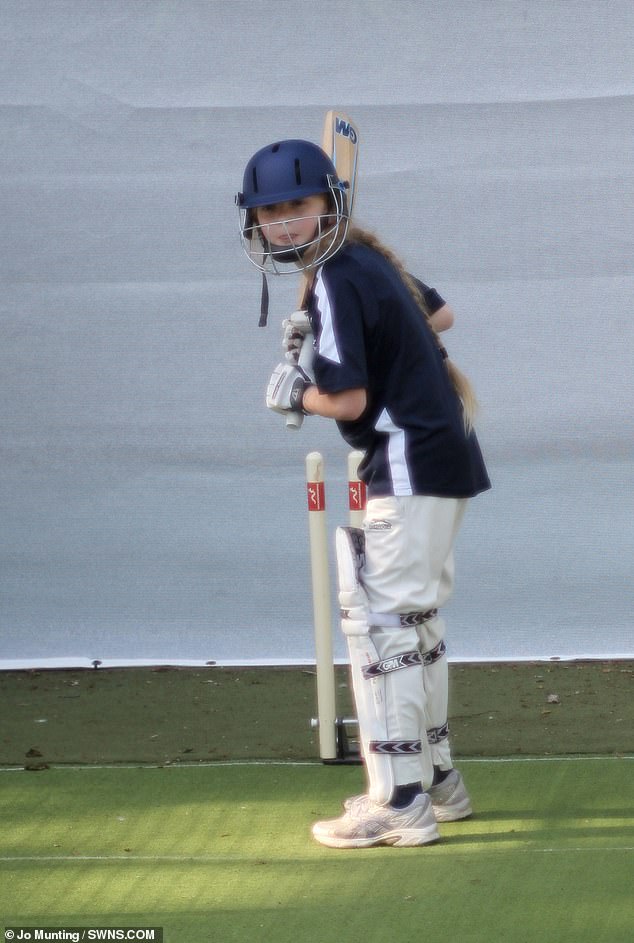 Bertie playing cricket, which his blond hair styled into a braid. who attends Park House School in Newbury, will have his hair cut at a local salon 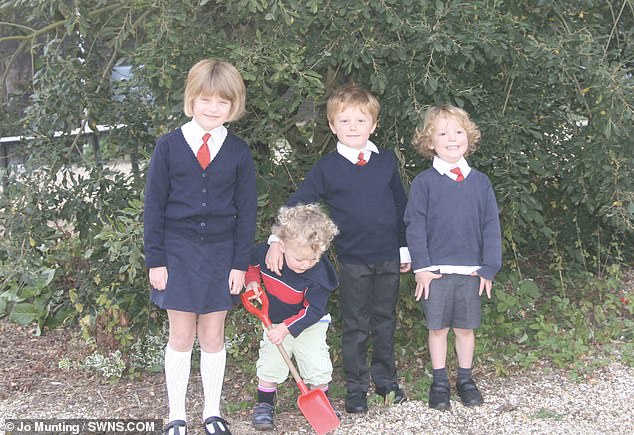 Pictured from the left: Izzy, Sam, William and Bertie Pilkington when he was four and had his last haircut 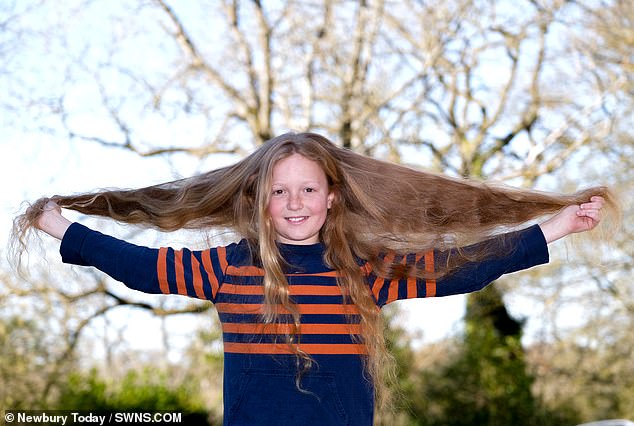 Fit for a viking! Bertie’s mane is longer than the length of his arms. And he’s been growing it for the past eight years