Break an egg! The Great British Bake Off musical opens its doors tonight 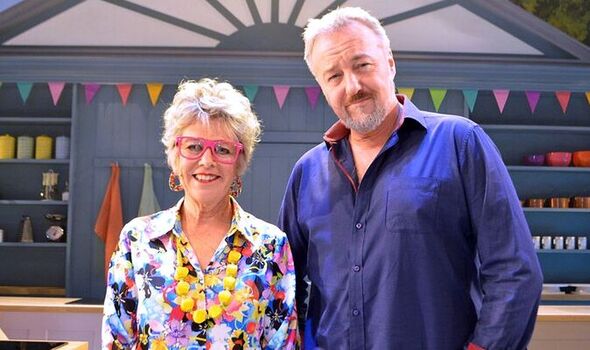 Seasoned West End actors Rosemary Ashe and John Owen-Jones hope to rise to the occasion as judges “Phil Hollyhurst” and “Pam Leigh”. Created in association with the TV series’ executive producer Richard McKerrow, GBBO The Musical will have its world premiere at the Everyman Theatre in Cheltenham tonight. Then, after a two-week run, it will go on tour before hopefully heading to the West End.

Producers say the general premise is an “unaired series” of Bake Off – where the audience follows a group of contestants, presenters and judges. Unlike the TV show, they get to know them off-camera as well.

Richard said all efforts had been made to be faithful to the original, with catchy tunes mixed in. He added: “We didn’t suddenly think, ‘Bake Off’s so successful, we’d better do a musical and cash in.’

“It’s something that we’ve moved forward on with incredible care and trepidation.” There will be 16 original musical numbers performed by more than 30 entertainers.

John joked: “Any resemblance to anyone living or dead is purely coincidental.”

Fans will no doubt think it has all the right ingredients to be a huge hit.