Brian May performs guitar version of The Wellerman sea shanty

Last December, Brian May teamed up with We Will Rock You alumni Kerry Ellis for the festive single One Beautiful Christmas Day, before they surprised fans with a New Year’s Eve treat. The regular collaborators attempted a remote live-streamed duet of their Golden Days album track Panic Attack, to cheer fans up and look ahead with hope after a tough 2020. However, their Instagram live performance suffered from sound delays, but they went ahead anyway with much gusto and enthusiasm.

But despite the technical difficulties, the response from their virtual audience was overwhelmingly positive.

Speaking exclusively with Express.co.uk, Kerry said: “The fans just went nuts for it! Brian put some new lyrics into Panic Attack and we made it very 2021 friendly.

The Queen legend himself told us how he was inspired to revamp the song as Panic Attack 2021 (It’s Gonna Be All Right), after the disappointments around the lockdown last Christmas.

He said: “There was this gradual realisation that no, it’s not gonna get better, it’s probably gonna get worse.” 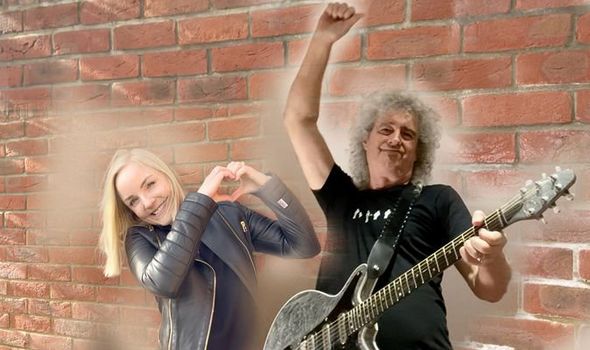 Brian continued “I think people felt cheated and we thought that’s the feeling that needs looking at because people have been heroes during a lot of this stuff but everyone’s getting very worn down.

“So I looked at the Panic Attack song, which was written for other reasons…and I thought, well now people are getting panicky, they’re not just disappointed but they’re getting nervous because it feels like this is never going to end.

“And suddenly it just kind of sprung out to me this song that could be rewritten and become something completely different and I wanted it to be something that gave people a bit of hope.”

Kerry also shared how fitting the track was, what with all the anxiety and mental health issues brought on by living through these difficult times. 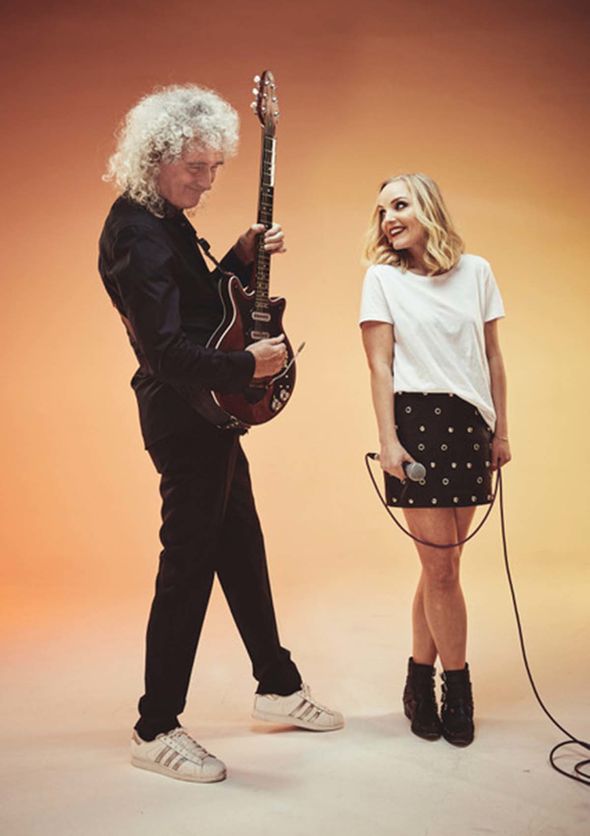 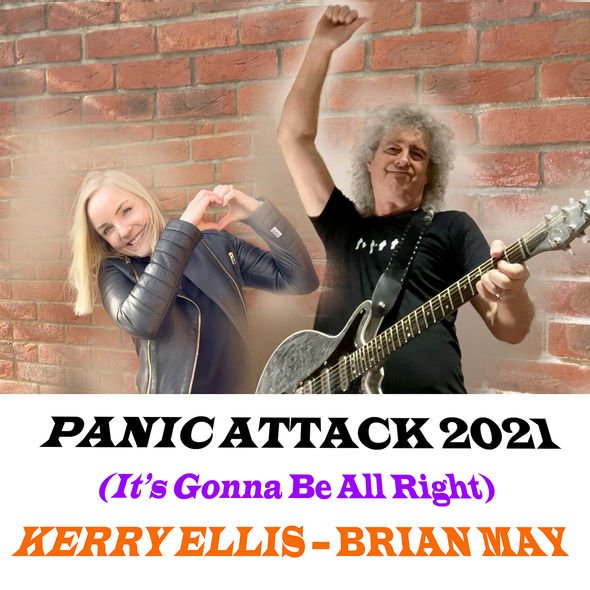 The singer added: “People have been stressing in the pandemic over their careers and their families and all sorts. It’s been quite a panicked year, but yes it’s going to be alright!”

But when it came to recording Panic Attack 2021 and shooting its energetic new music video, Brian and Kerry were met with some real challenges.

Due to the third UK lockdown, both had very basic set-ups from their individual homes and would chat over Zoom. In fact, the only piece of equipment Kerry had was a microphone hooked up to Garage Band on her laptop in the kitchen.

Filming on their iPhones, she shot her sequences for the music video by her garden wall, while Brian was strumming in his loft where he’d been working on a new guitar solo for the track.

Not only were they remote, but Brian and Kerry were working to different time zones.

The Queen guitarist turns out to be something of a night owl, finding himself most creative in the early hours of the morning, while his collaborator is often up at 6am with her kids.

Kerry told us this meant they’d occasionally overlap for a chat at that early hour.

On the purpose of Panic Attack 2021, Brian said: “This is something meant to be inspiring and uplifting; it’s not meant to trivialise anything. Panic Attack, in the beginning, was written from firsthand experience because I have suffered from some of this stuff over the years.”

Brian added: “I find that music is a great healer, a great communicator of these things.

“If you realise someone else has felt what you’re feeling, it’s enormously helpful, so this track is meant to convey that.”

Following last night’s free gift of the song on Brian and Kerry’s Instagram pages, any money now made via streaming or download will go to a good cause. But overall, the Queen guitarist clarified that mostly the song is simply about making people feel better during these tough times.