PASCAL GROSS scored a penalty deep in stoppage time to grab a point against Liverpool.

Brighton looked dead and buried after Neal Maupay missed an earlier spot-kick and red-hot Diogo Jota put the visitors ahead. 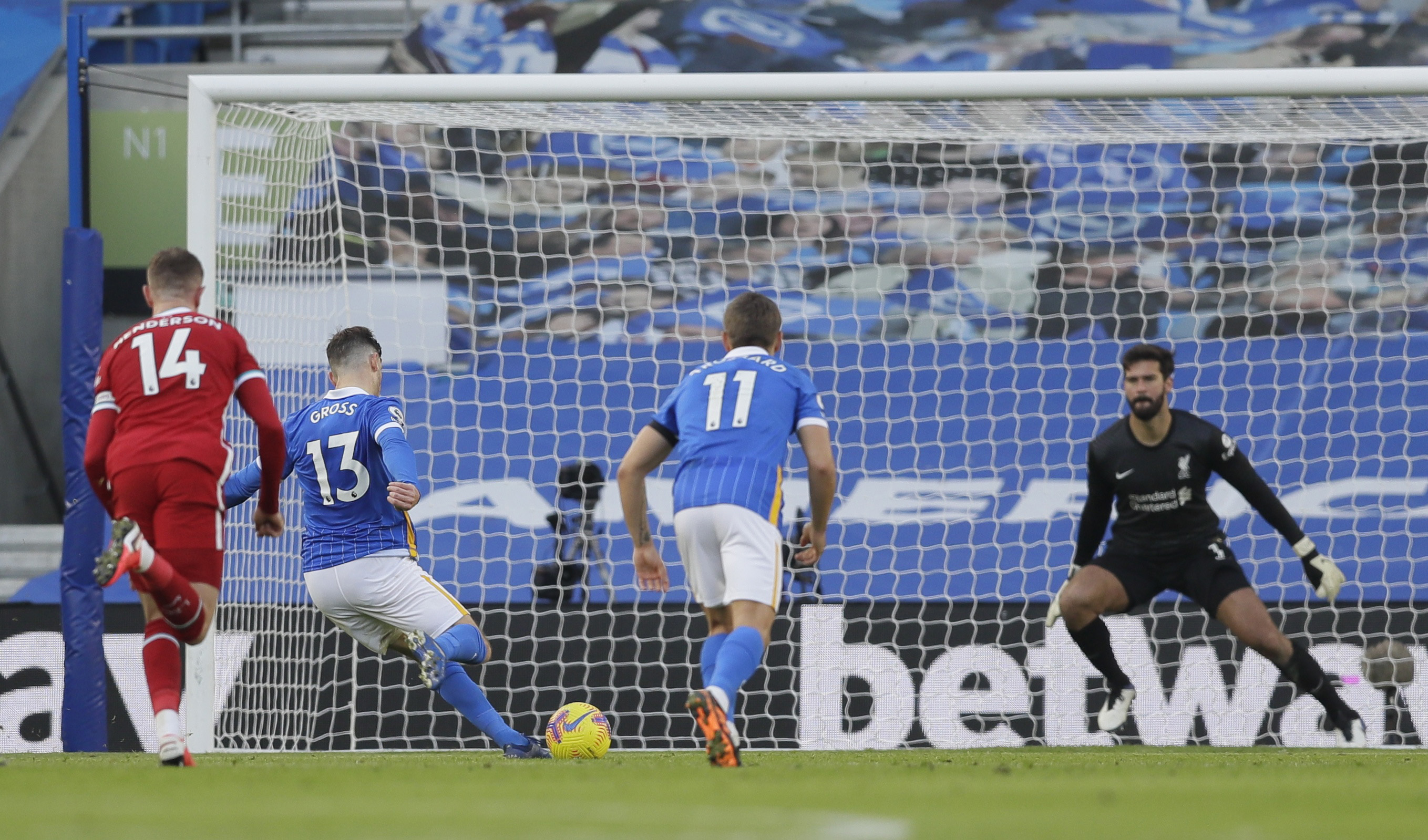 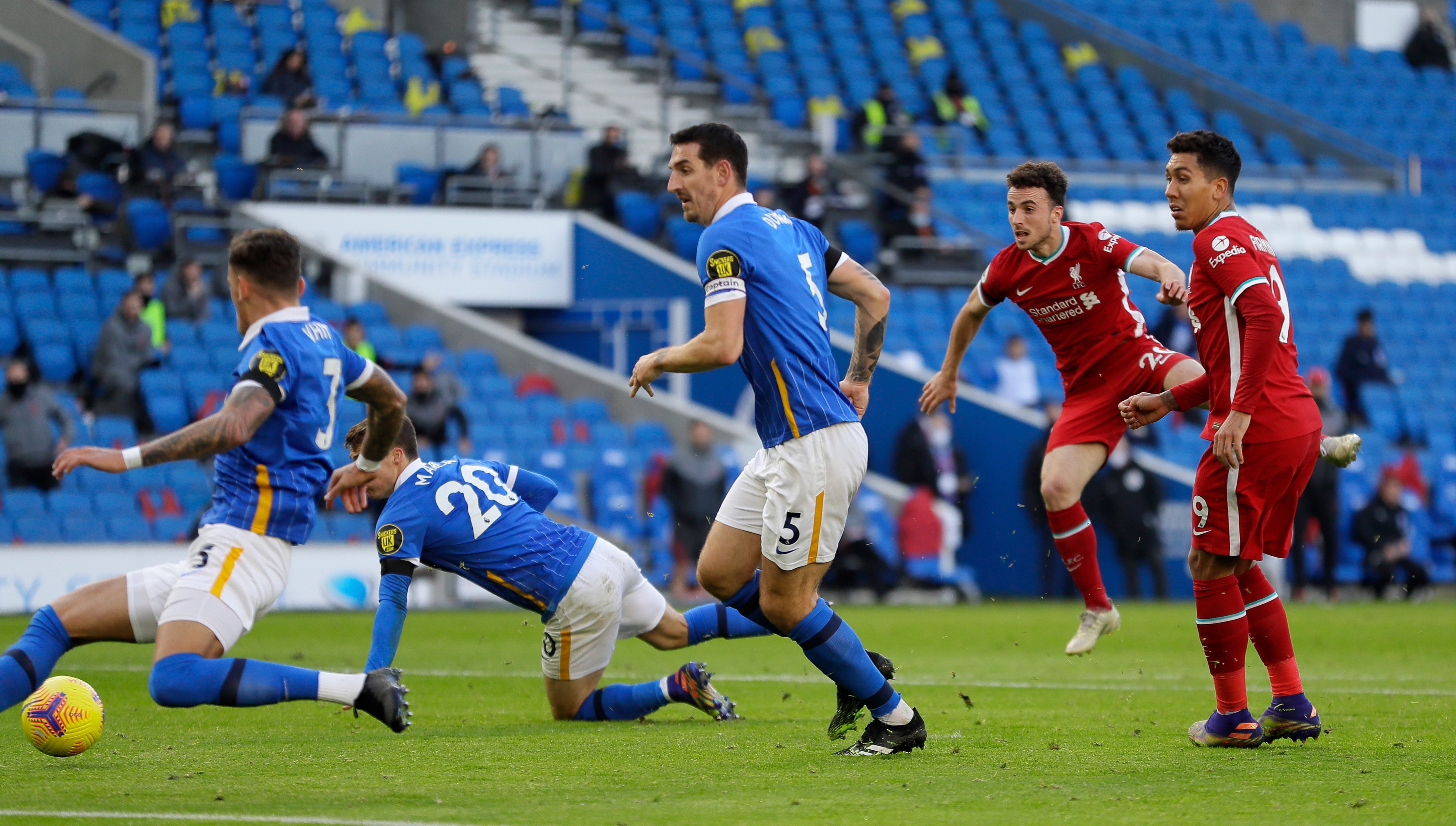 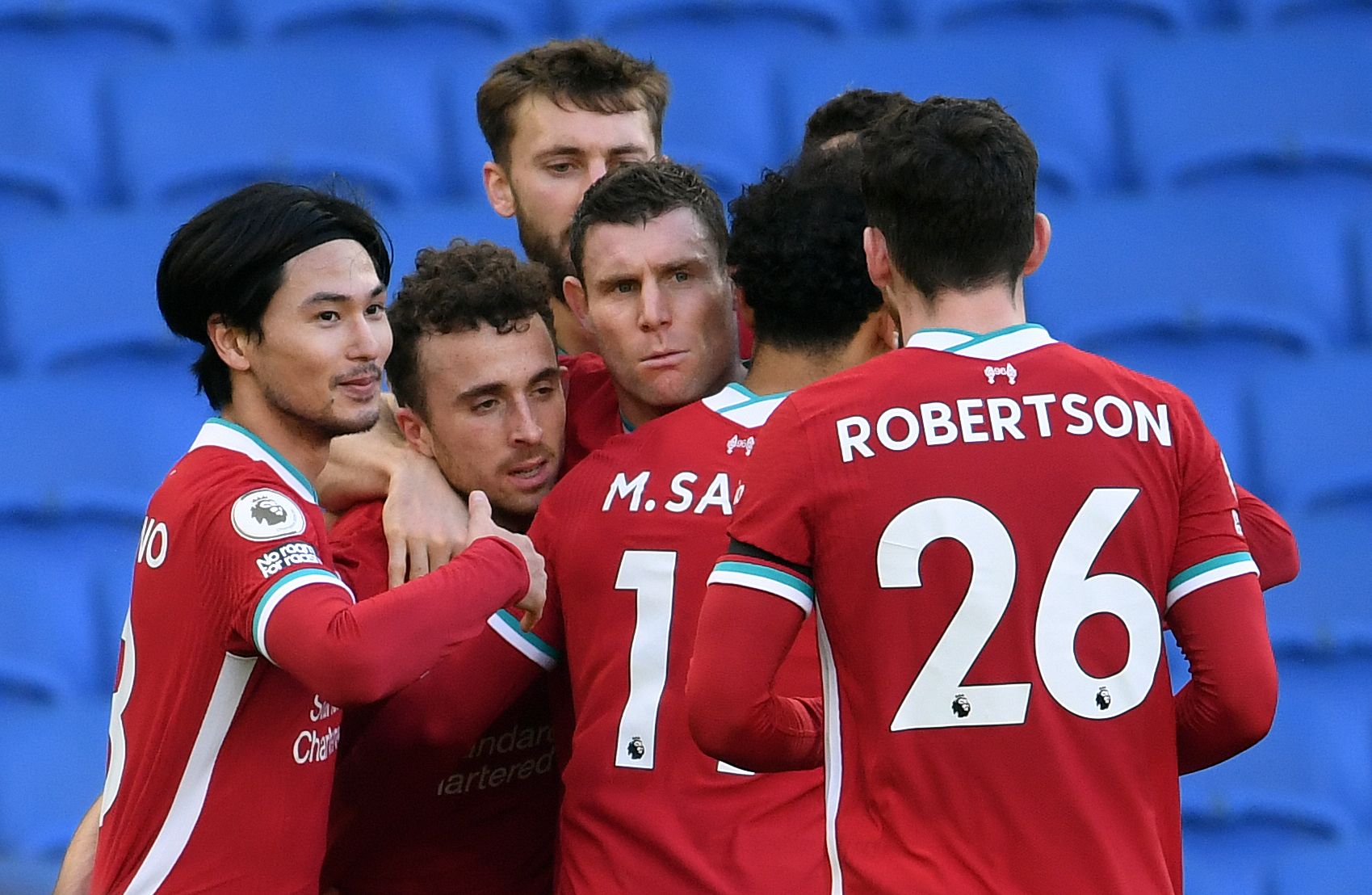 But, after both Mo Salah and Sadio Mane had had goals ruled out by VAR for offside, the technology spotted Andy Robertson catching Danny Welbeck with a kick.

Ref Stuart Attwell went to the pitchside monitor and awarded it, allowing Gross to fire down the middle of the goal in the 93rd minute.

Maupay was one of THREE players to come off injured as the jam-packed fixture list took its toll once more.

James Milner also pulled up with a hamstring complaint while ex-Red Adam Lallana lasted just eight minutes after coming on as a sub.

The hosts squandered a number of big opportunities in the first half with the first coming when Maupay played strike partner Aaron Connolly clean through – but the barrel-chested Irishman fired wide.

Connolly was then tripped in the box on 19 minutes by Neco Williams, only for Maupay to roll the spot-kick the wrong side of the post.

Red-faced Maupay limped off shortly afterwards but then Brighton were thanking VAR as Salah finished off a brilliant move, only for it to be ruled out for a fractional offside.

Klopp brought on returning captain Jordan Henderson at half-time and his control and calming influence changed the balance of play. 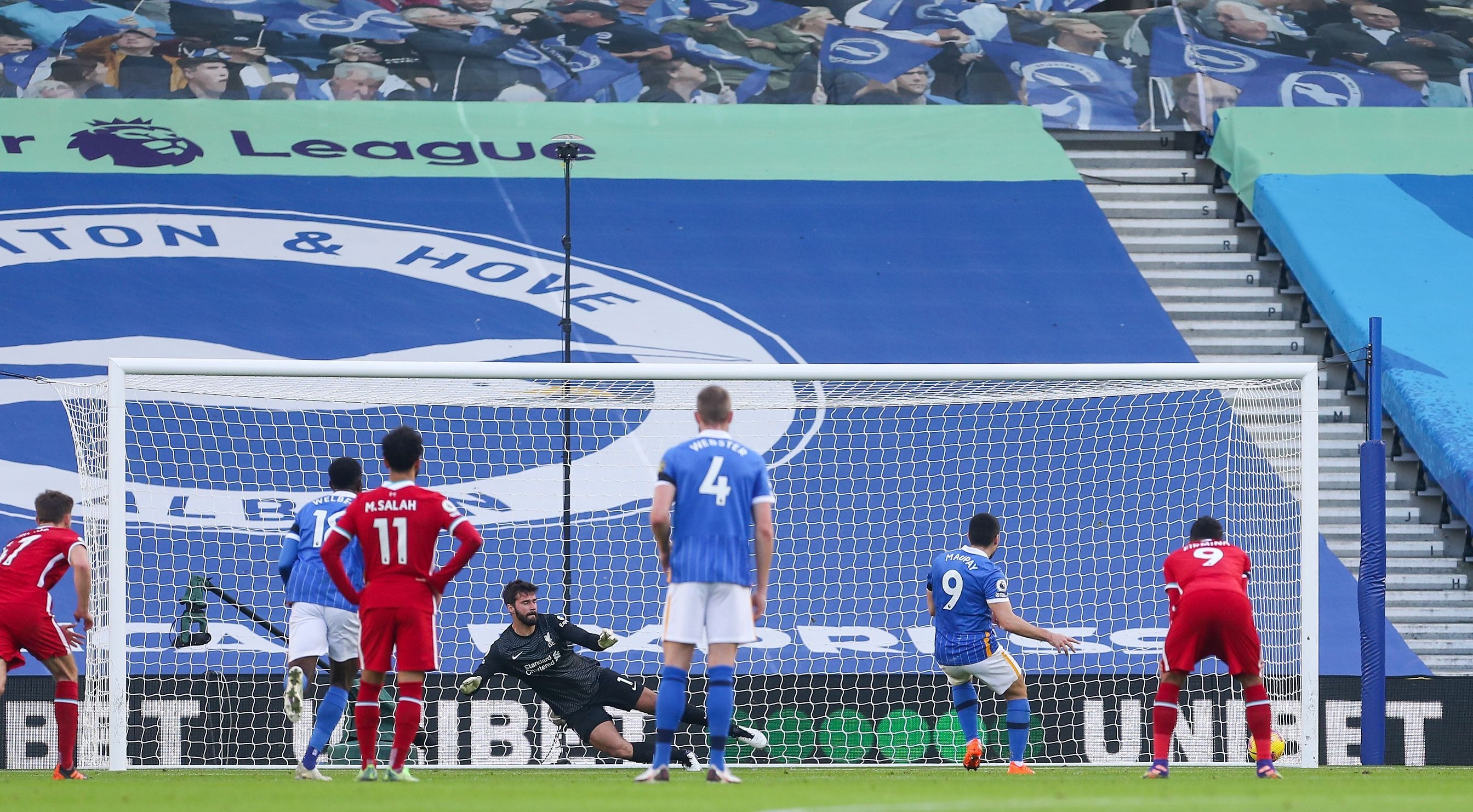 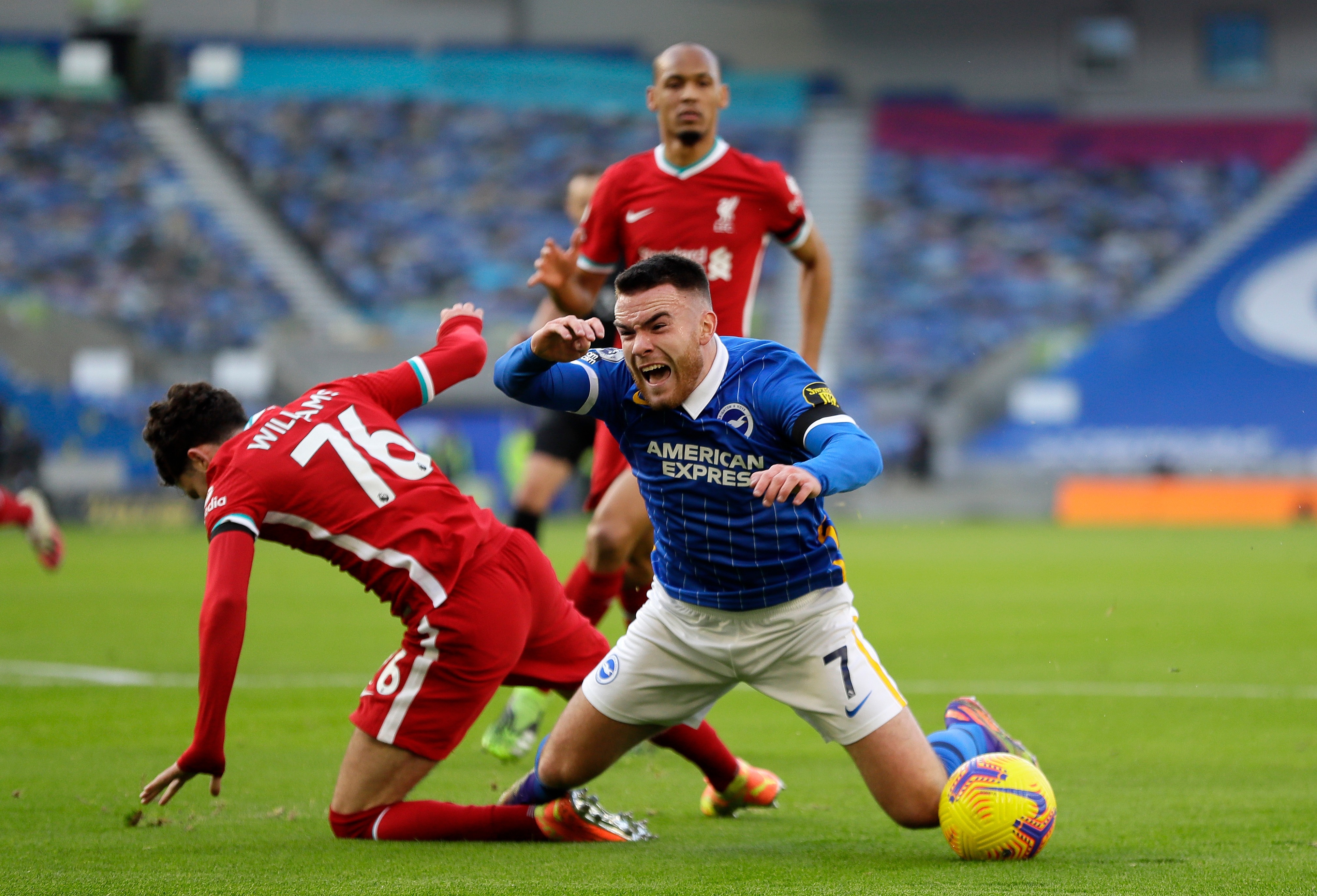 The opener arrived 15 minutes later as Andy Robertson fired the ball into Salah, who laid it off to Jota.

The in-form Portuguese did the rest by running across the box and firing into the far corner for his eighth goal in eight games.

Connolly and Salah were then substituted – with both deeply unimpressed to be taken off.

But the injuries to team-mates Lallana and Milner provided some justification to their cautious managers given the packed schedule.

Mane, on for Salah, did have the ball in the net in the closing stages but his header was rightly ruled out by VAR for offside.

Klopp’s injury-hit side looked set to grind out a win until Robertson’s catching of Welbeck’s foot was caught on camera.

Gross kept his cool where Maupay had not – much to Klopp’s frustration. 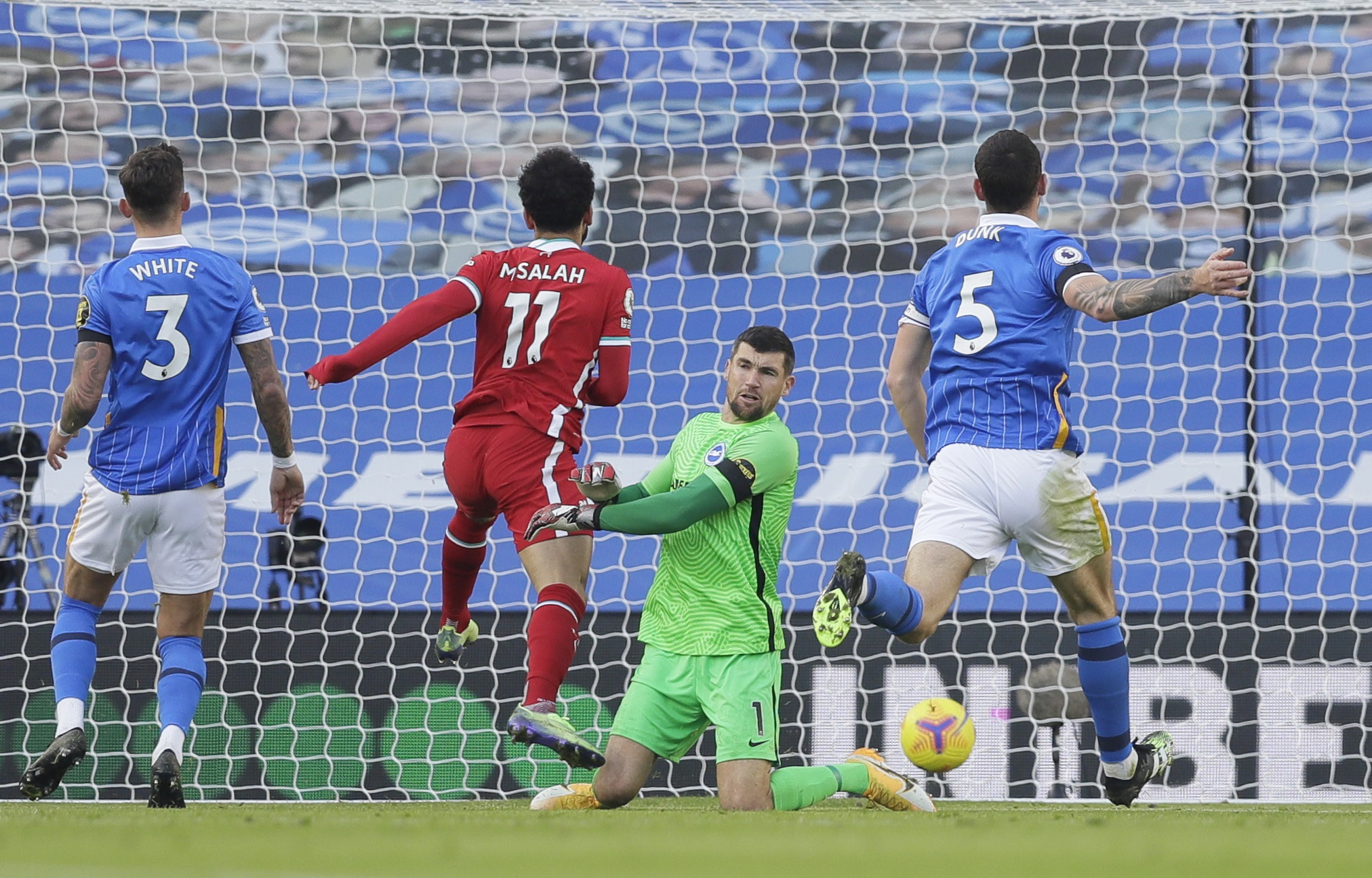 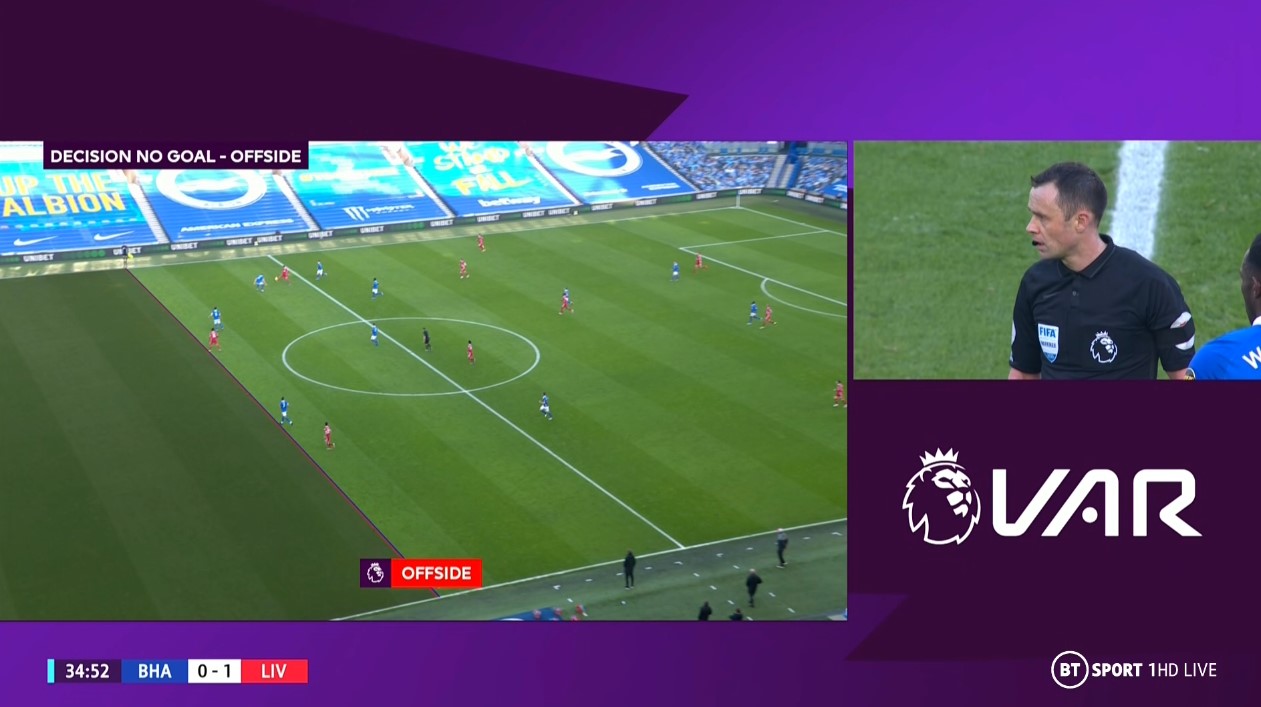 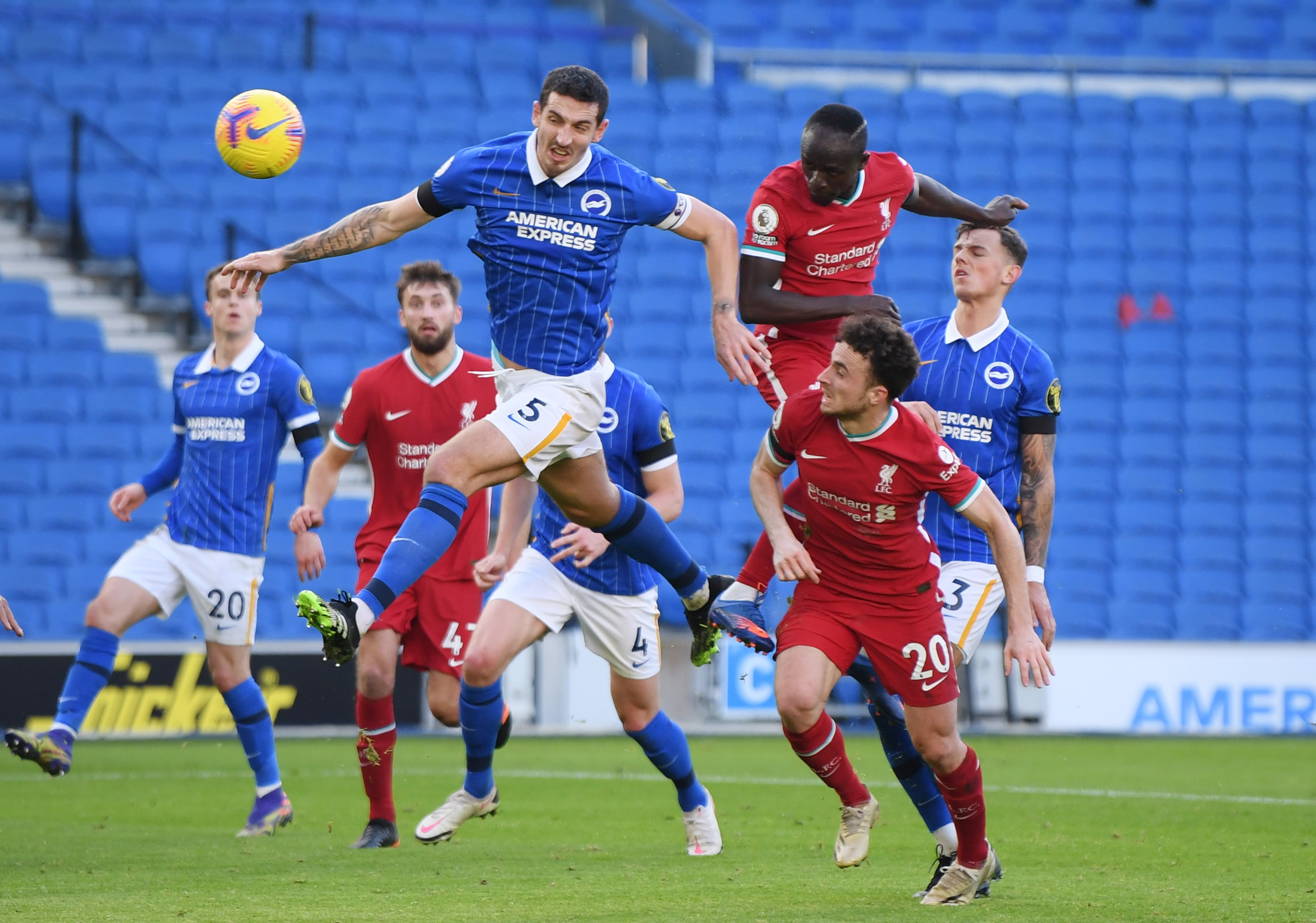