Britain is set to get its first new Areas of Outstanding Natural Beauty (AONBs) in 26 years.

The Yorkshire Wolds and Cheshire Sandstone Ridge will be considered for AONB status, the UK government revealed today.

AONB is an official government designation given to land protected by law, to conserve and enhance its natural beauty.

The government is also planning extensions to the existing Surrey Hills and Chilterns AONBs, both of which surround London.

The announcement is part of Prime Minister Boris Johnson’s commitment to protect 30 per cent of the UK’s land by 2030. 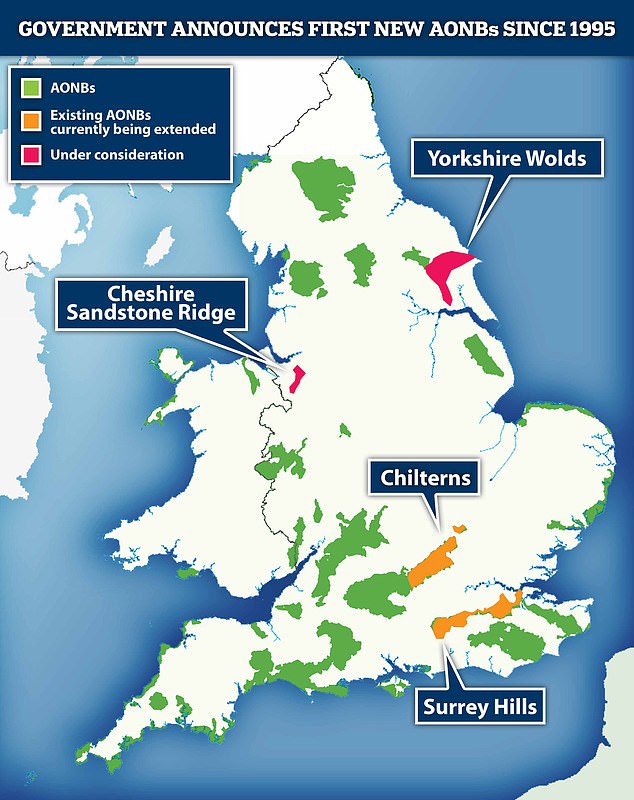 Yorkshire Wolds and Cheshire Sandstone Ridge are ‘under consideration’ as AONBs, while Surrey Hills and Chilterns AONBs are set to be extended 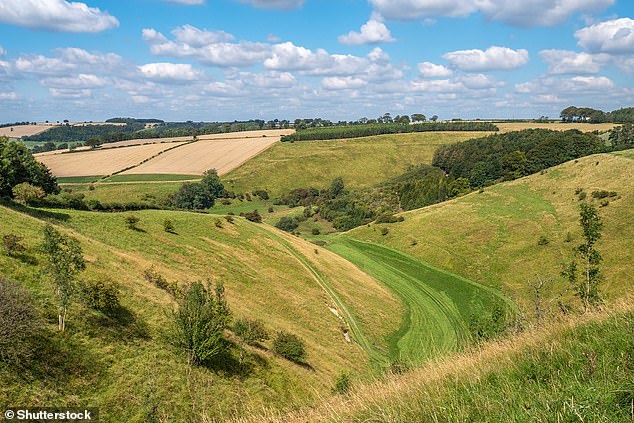 Two areas ‘under consideration’ for AONB status by Natural England are:

A further two existing AONBs are being considered for expansion:

It is likely to take several years for the areas to be granted AONB status because every local authority involved will have to be consulted before Environment Secretary George Eustice makes the final decision.

Existing National Parks, AONBs and other protected areas already make up approximately 26 per cent of land in England.

But an additional 4 per cent – more than 400,000 hectares – is set to be protected too in a bid to support ‘the recovery of nature’.

‘We have an opportunity to create a new chapter for our protected landscapes,’ said Mr Eustice.

‘The work that we are going to take forward will contribute to our commitment to protect 30 per cent of our land by 2030, and boost biodiversity, while designating more areas of the country for their natural beauty.’

There are currently 46 AONBs – 33 wholly in England, four wholly in Wales, one that straddles the Anglo-Welsh border and eight in Northern Ireland.

But the last AONB to be officially confirmed was Tamar Valley in Devon and Cornwall, back in 1995.

Scotland uses its own designation – national scenic area (NSA) – instead of ‘AONB’. 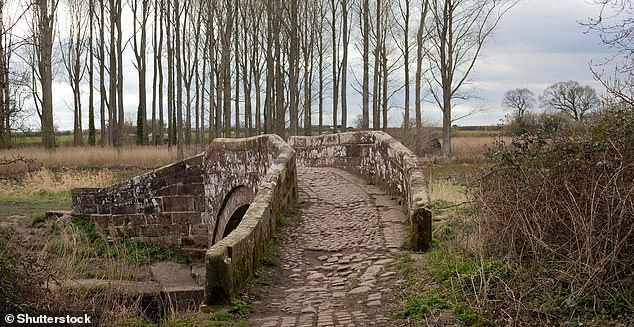 Cheshire Sandstone Ridge is a celebrated landscape located in the heart of Cheshire, in close proximity to the large populations of northwest England

The Yorkshire Wolds and Cheshire Sandstone Ridge are both ‘being considered for designation’ – but if approved, will boost the number to 48.

What is an area of Outstanding Natural Beauty?

AONB is an official government designation given to land protected by law, to conserve and enhance its natural beauty.

There are 46 AONBs across the UK, 34 of which are in England.

They include the North Wessex Downs, which stretch across Berkshire, Hampshire, Oxfordshire and Wiltshire and the Norfolk Coast.

Only local authorities or the Secretary of State can give permission for development in, or affecting, an AONB.

However, authorities must make sure any proposals have regard for the purpose of conserving and enhancing the natural beauty of the AONB.

The status is different from National Park status, which has significantly higher protection from development.

The Yorkshire Wolds is home to Fotherdale Farm in Thixendale, where two kestrels and their six hungry chicks have been watched by tens of thousands of people on a camera in their nest box.

Cheshire Sandstone Ridge, meanwhile, has a diverse, distinctive, and celebrated landscape located in the heart of Cheshire and is ‘rich in heritage, archaeology, wildlife, and culture’.

Being designated an AONB gives landscapes greater protection, with local authorities required to make sure all decisions, from planning permission to installing telecommunications cables, take the conservation of the area into account.

The government said securing the AONB designation for the sites would allow them to benefit from greater protections, so that more English landscapes are ‘safeguarded for future generations’.

However, conservationists have warned that existing AONBs do not necessarily deliver for nature, as many suffer from overgrazing, poor management or intensive agriculture.

‘Wildlife isn’t even thriving in our existing protected landscapes,’ she said.

‘If any protected landscapes – existing or new – are to be able to deliver land “well-managed for nature”, they need to be resourced and set up to do so.’

Crispin Truman, chief executive of countryside charity CPRE, said: ‘We know that not all of the land within existing National Parks and AONBs is effectively managed for nature. 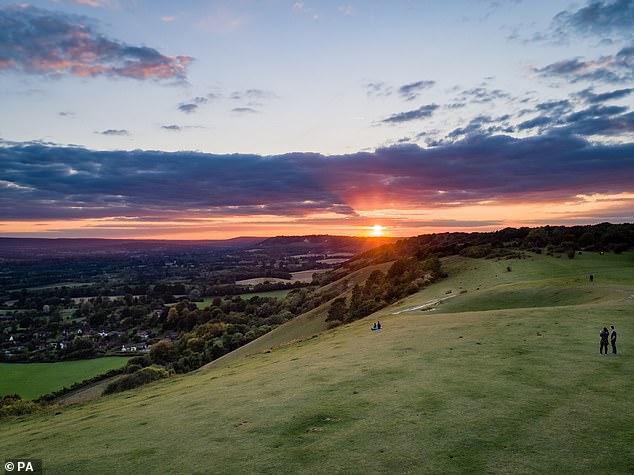 There are currently 46 AONBs – 33 wholly in England, four wholly in Wales, one that straddles the Anglo-Welsh border and eight in Northern Ireland. Pictured, Reigate Hill, Surrey Hills AONB

‘Our evidence also shows that a developer-led planning system with centralised housing targets has driven up pressure on these nationally important areas, particularly in the south.

‘So there is a long way to go before these areas help meet the government’s target to protect 30 per cent of land for nature by 2030.’

Jo Smith, chief executive of Derbyshire Wildlife Trust said the proposed designations ‘will not magically help meet the target of 30 per cent of land where nature can thrive’.

‘Instead, what’s needed is urgent action, political will and more resources, to repair and heal the natural world across the National Parks that we already have,’ she said.

Ministers have also launched a programme to fund farmers and landowners in protected landscapes to help nature and people.

Projects under the programme will include creating ponds, improving public access or reducing carbon emissions or plastic use on farms.

ALL 46 AREAS OF OUTSTANDING NATURAL BEAUTY IN BRITAIN

Arnside and Silverdale, 1972, Cumbria and Lancashire

Strangford and Lecale, 1967, Ards and North Down, Newry, Mourne and Down