Experiencing Iceland’s amazing geothermal lagoons is a real hassle for Britons at the moment, as they have to quarantine for up to 14 days upon arrival in the country.

Luckily, they can now enjoy a similar experience right here in the UK, because the country’s first geothermal lido has opened in Cornwall.

It is a new feature of the open-air Jubilee Pool in Penzance and contains natural saltwater heated to a toasty 35C. 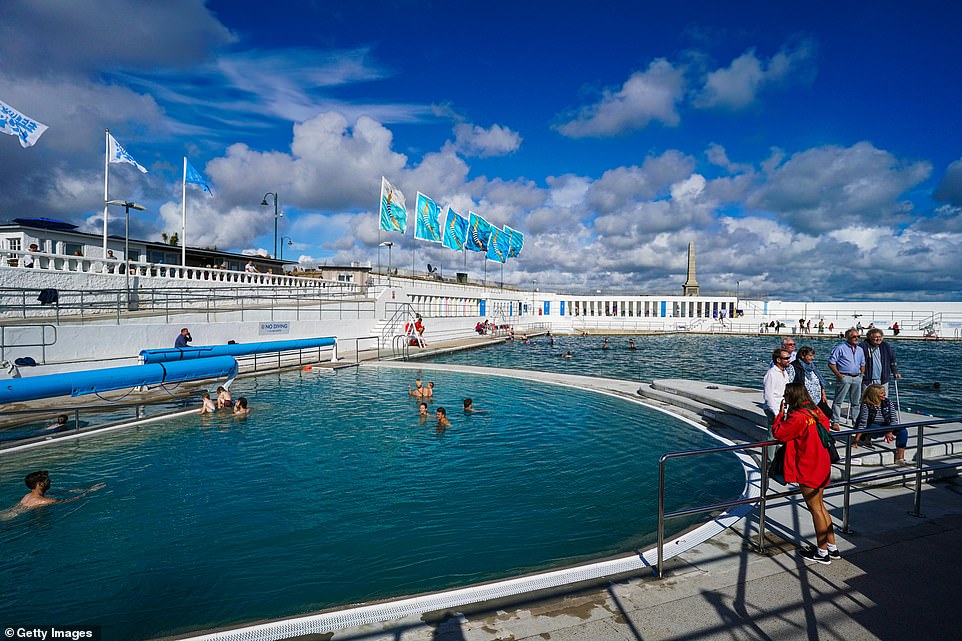 The new geothermal lido, left, at the Jubilee Pool in Penzance, where natural saltwater is heated to a toasty 35C 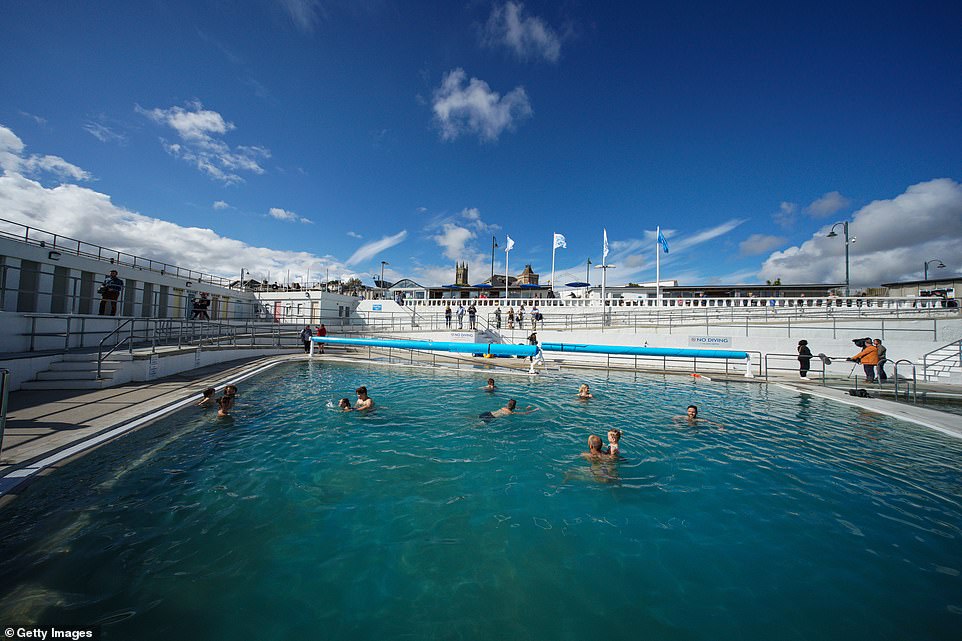 The pool, pictured, is the first of its kind in the UK. Its normal capacity will be 50 – although it is currently capped at a social-distancing-friendly 15 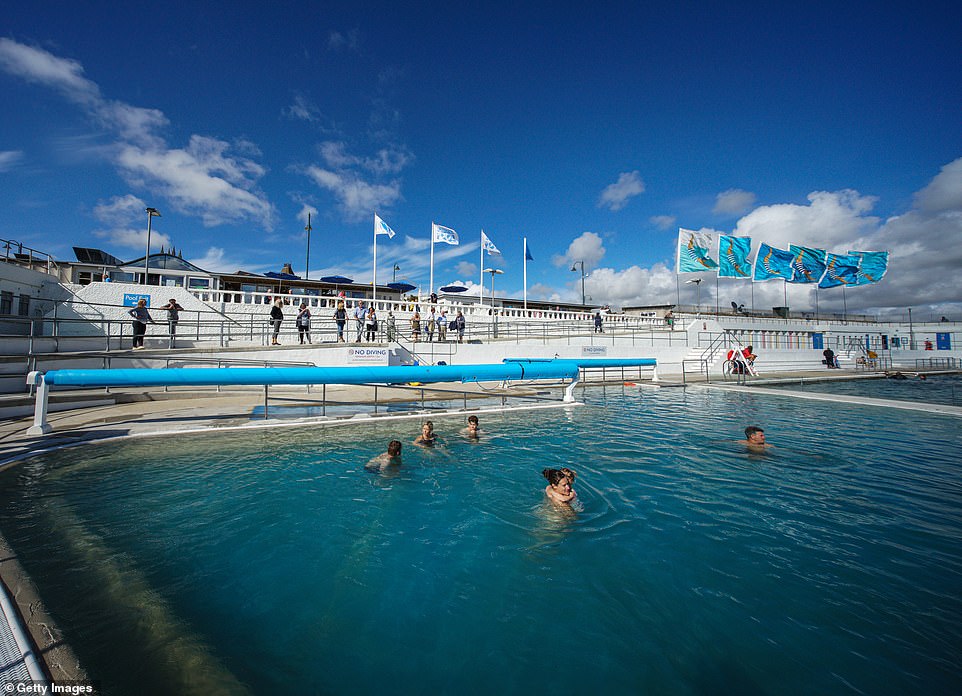 The geothermal pool, which opened to the public last week, is part of a £1.8million investment programme 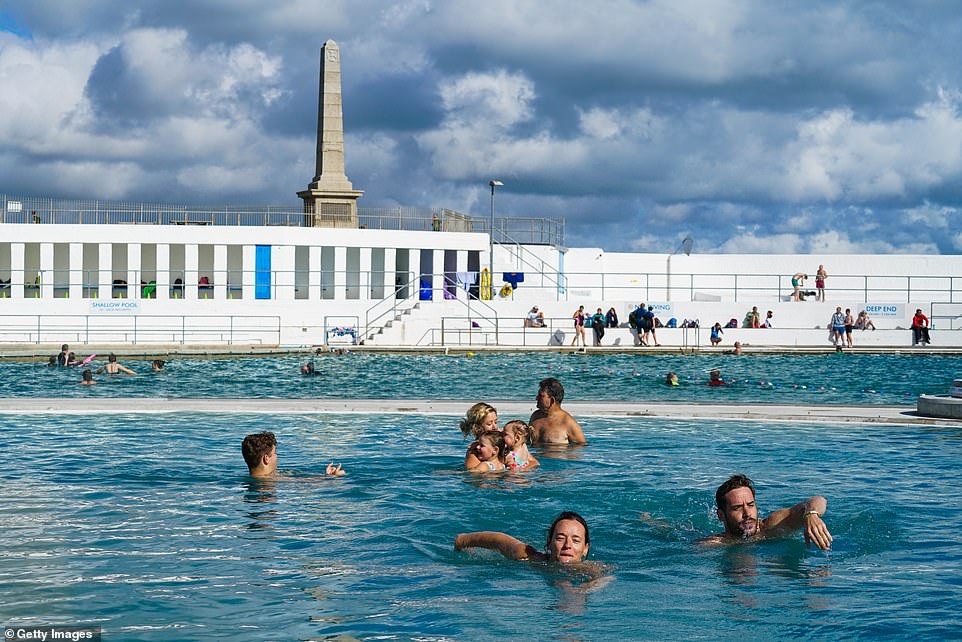 The pool, in the foreground, is heated by extracting warm water from a geothermal well that is 1,345ft (410m) deep

The idea of introducing a geothermal section was first mooted 10 years ago by Charlie Nixon – the brother of former Jubilee Pool director Martin Nixon – who experienced bathing in geothermal pools in New Zealand and told Cornwall Council how people often struggled in the Cornish pool’s chilly temperatures.

It is hoped that the new geothermal pool can remain open all year round and its normal capacity will be 50 – although it is currently 15 due to Covid-19 restrictions.

The Jubilee Pool’s website explains how the pool is heated using a geothermal well that is 1,345ft (410m) deep.

It says: ‘The system operates by extracting warm water from one geothermal well, taking the heat out of that water using heat pumps and distributing it to the pool via a heat exchanger, before re-injecting the cooler water back into the ground. 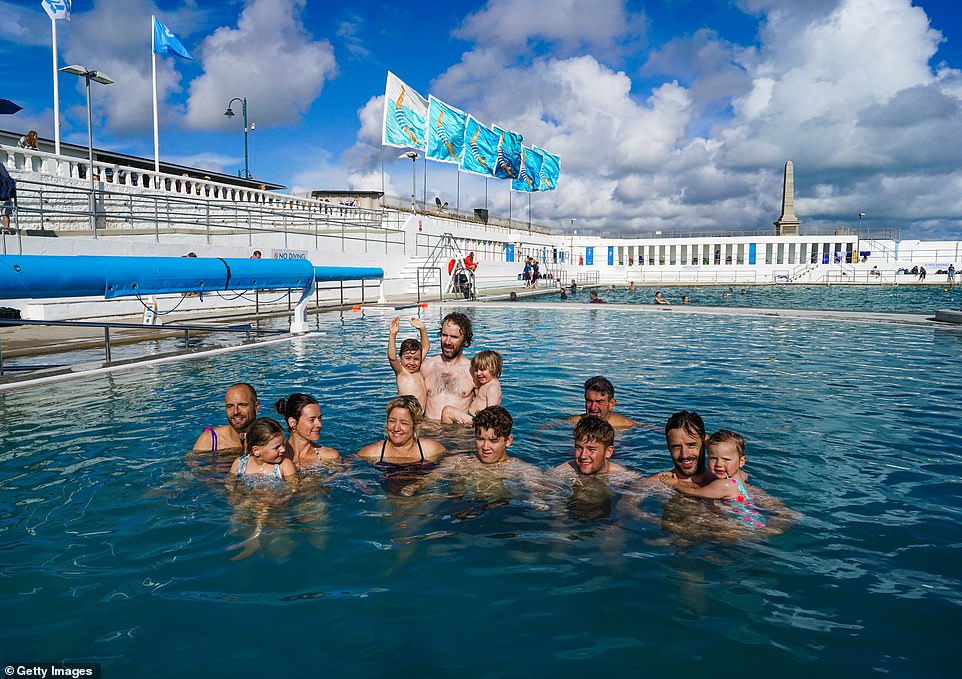 A local family, with a long history of using the Jubilee Pool, were the first people to experience using the new geothermal pool 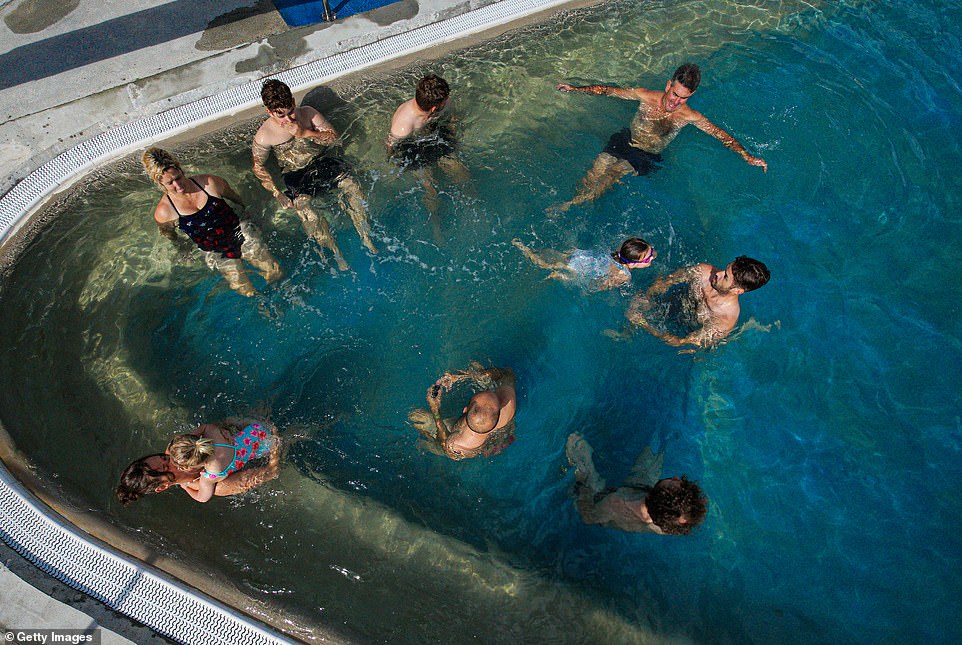 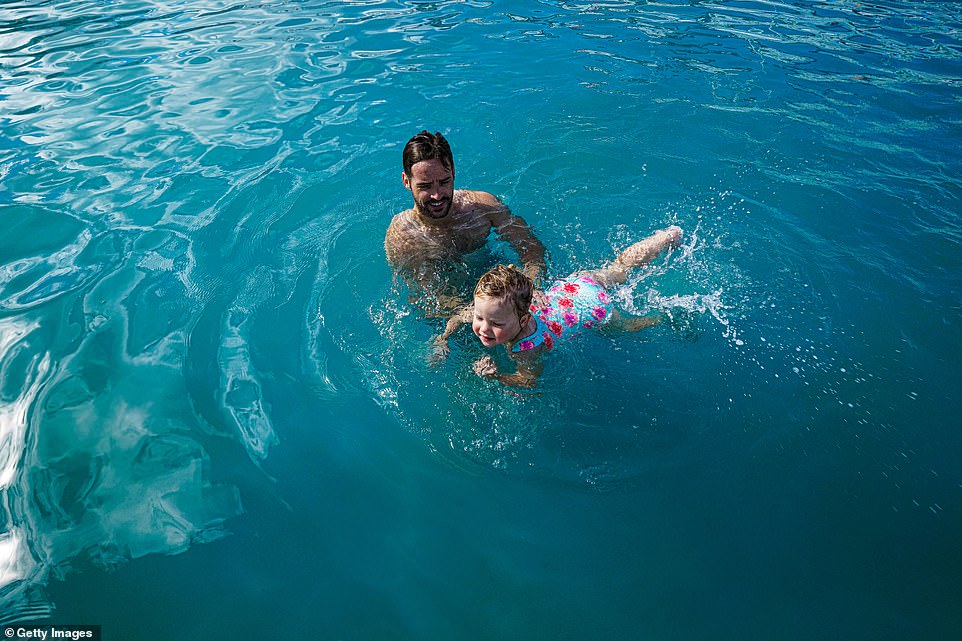 A young swimmer tries out the new geothermal pool. It is hoped it will ‘act as a showcase for geothermal, low carbon heat supply’

‘The initial pool heating results suggest that it’s about 80 per cent geothermal, but ultimately all the energy is coming from our geothermal well. We are using the heat pumps to concentrate that energy to the exact temperature required for the pool.

‘This combined system means that the temperature of the pool can be sustained with a very low carbon footprint.

‘The system is the first of its kind in the United Kingdom and will act as a showcase for geothermal, low carbon heat supply.’

As well as the geothermal pool, the £1.8million investment also paid for upgraded changing facilities and showers, a new cafe with double the seating capacity and a new multi-purpose community space.