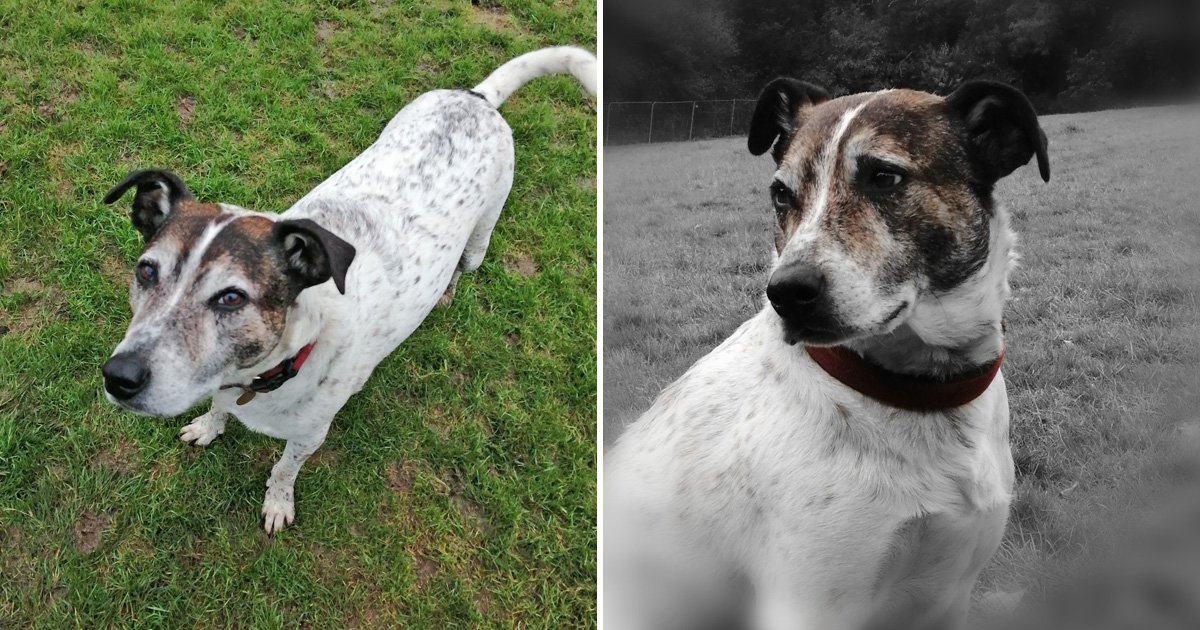 Meet Freddie, Britain’s loneliest dog who has been in an animal shelter for the last nine years.

A staffie-cross, Freddie is 10 years old and has been briefly adopted twice. However, he was returned on both occasions.

Staff at his animal shelter call him ‘the perfect pet’ but note Freddie is ‘complex’ and needs a strong owner as he tends to over-guard and this puts people off.

‘The issue with Freddie is that he gets very strongly attached to his owners, and takes it upon himself to guard them,’ explains volunteer Hayley Georgiou.

‘As such, he needs a strong “pack leader” as an owner, who isn’t afraid to set boundaries and is consistent with his training.’

Freddie arrived at Holbrook Animal Rescue in Horsham, West Sussex, when he was only eight months old. He has been a favourite with staff ever since.

‘In many ways, Freddie is the perfect pet,’ Hayley says.

‘He’s house-trained, obedient, and has good recall so can go off-lead on walks. He loves cuddles, tummy tickles and riding in the car. He has a little cheeky personality and really is a total sweetie.’

As Freddie had been at the shelter for so long, Laura Santini, who runs the sanctuary with her husband Cliff, decided they would no longer search for a home for the pooch.

They determined he would live there for good like the other dogs who reside in the sanctuary’s house.

However, according to Hayley, Freddie has made ‘progress.’

‘He’s made great progress with his behaviour and we think that if the right person were to come along, we would love him to find a home of his own,’ she says.

His website profile describes him as ‘a complex, intelligent boy’ who is ‘fascinated by the goats [at the sanctuary] and spends ages just watching them.’

Sadly, the sanctuary is currently at risk of closure as homes are planned to be built on the land.

Laura and Cliff are now looking for a new 10 acre plot.