Jane Allen will stand down from her role as CEO of British Gymnastics in December – but she has denied it is in response to the welfare scandal that has engulfed the sport on her watch.

Allen’s announcement follows three months of scrutiny on her position and fierce criticisms of how her organisation has responded to allegations made by multiple gymnasts.

Olympic medallist Amy Tinkler was scathing in her assessment of the culture at British Gymnastics in an interview with Sportmail last week, and previously accused Allen of ‘hanging gymnasts out to dry’ in reference to how the governing body had handled her complaints. 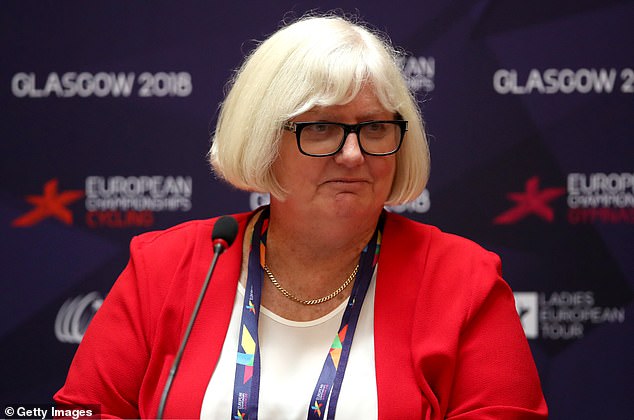 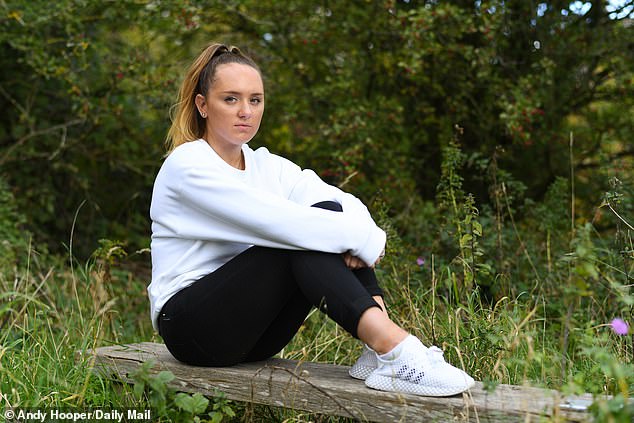 With an independent review into British Gymnastics currently being conducted by Anne Whyte QC, Allen has confirmed she will retire at the end of the year. However, Allen, 65, is adamant her decision was made in March, before the airing of allegations commenced in July.

She said in a statement: ‘The last few months have been extremely difficult, but I will look back on my time with British Gymnastics with great pride for the growth and success we have sustained over a ten-year period.

The Whyte Review will be an important step forward for gymnastics and other sports struggling to deal effectively with these issues. It is vital that this happens in a fair and transparent manner for all parties and I pledge my support to helping the sport to do that.’ 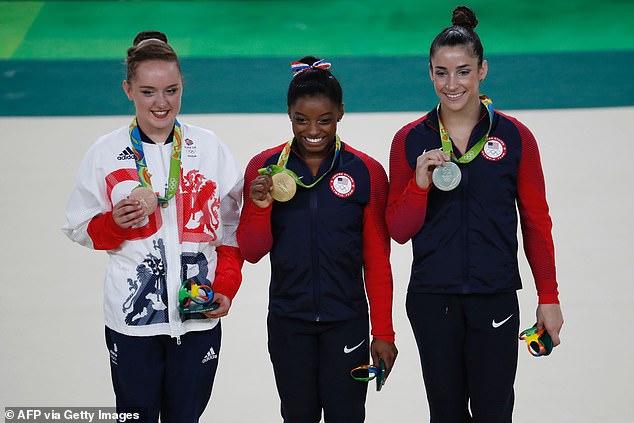 Tinkler (L) won Olympic bronze at Rio 2016, finishing behind four-time gold medallist Simone Biles (C) and fellow American Aly Raisman (R), but says the success was not worth the struggle

Asked by the BBC if she had been pushed, or was leaving before being sacked, Allen said: ‘Absolutely not.’

Mike Darcey, the chair of British Gymnastics, said: ‘We had originally agreed with Jane that she would retire following the Tokyo Olympic Games in the summer of 2020, but that was extended to help British Gymnastics through the initial impact of Coronavirus and then the subsequent worrying news about abuse claims.

Prior to her departure, Jane will be working with our legal team on our initial submission to the Whyte review.’ 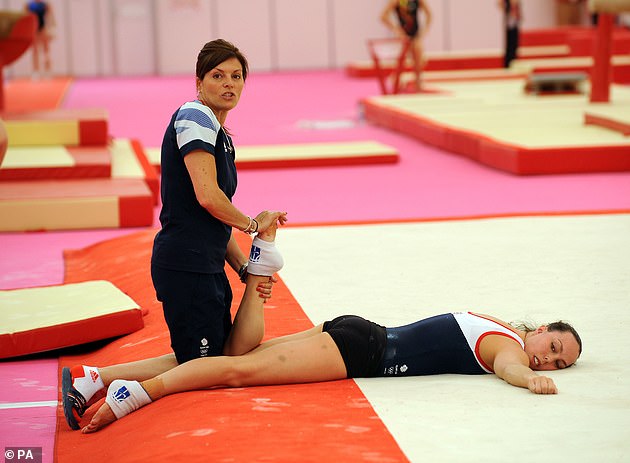