Brooke Burke is a master of fitness multitasking. And she’s showing off her skills with a five-minute routine of her best abs moves — which she describes as “five moves that people probably aren’t doing to shrink your waistline.”

The trainer and founder of the Brooke Burke Body fitness app, who has an amazing six-pack herself, stopped by our studios to show Us Weekly abs moves you can do anywhere — without any equipment — even if you’re stuck at home. “I’m all about that,” says the star. “No excuses, you can do it anywhere. You just have to make that commitment.”

The first exercise in the sequence is simple — and doesn’t involve any crunches. With your feet in Warrior 2 yoga pose position, you simply raise your right arm overhead as you contract your oblique muscles and bend to the left, then raise your left arm as you bend to the right. 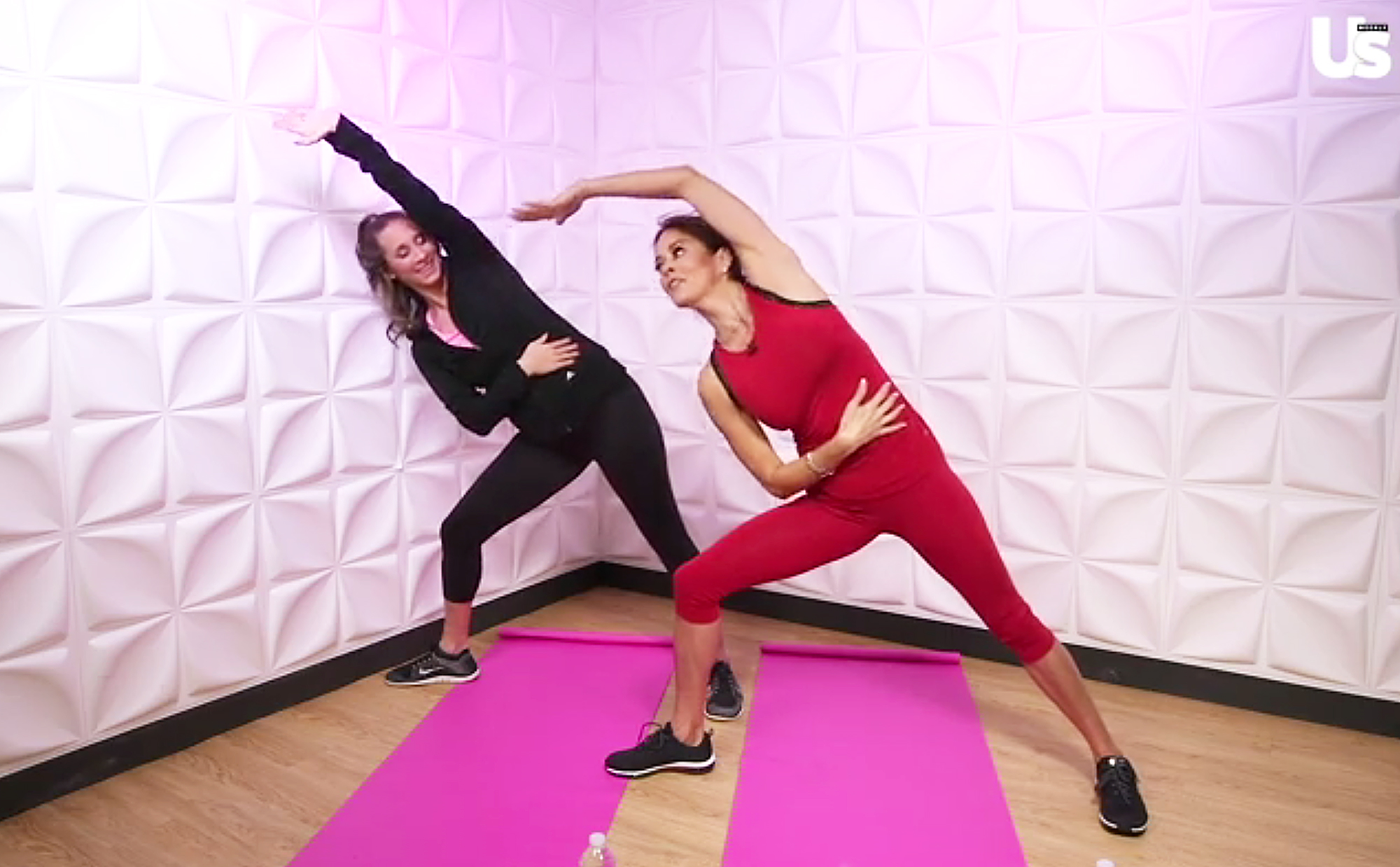 Like all her moves, this one is designed to work two body parts at one time — in this case, the obliques, which she notes will help slim your middle, and the legs. “We’re all super busy, especially during this holiday season so I like compound moves — moves that incorporate different body parts,” she said, “which means we get more results, we work out less time and then the body’s banging.”

Burke, 48, made sure her app is just as practical. “I know that not everybody loves to work out, so I’ve found a way to take the time excuse out of it,” she tells Us. “I can get it done at home, I can get it done in a hotel room, I’m on location, I work out with girlfriends.” As for the routines, they’re “really specific body sculpting, toning, tightening and lifting moves, and it’s not that challenging,” she says. “I want people to push themselves out of their comfort zone.” 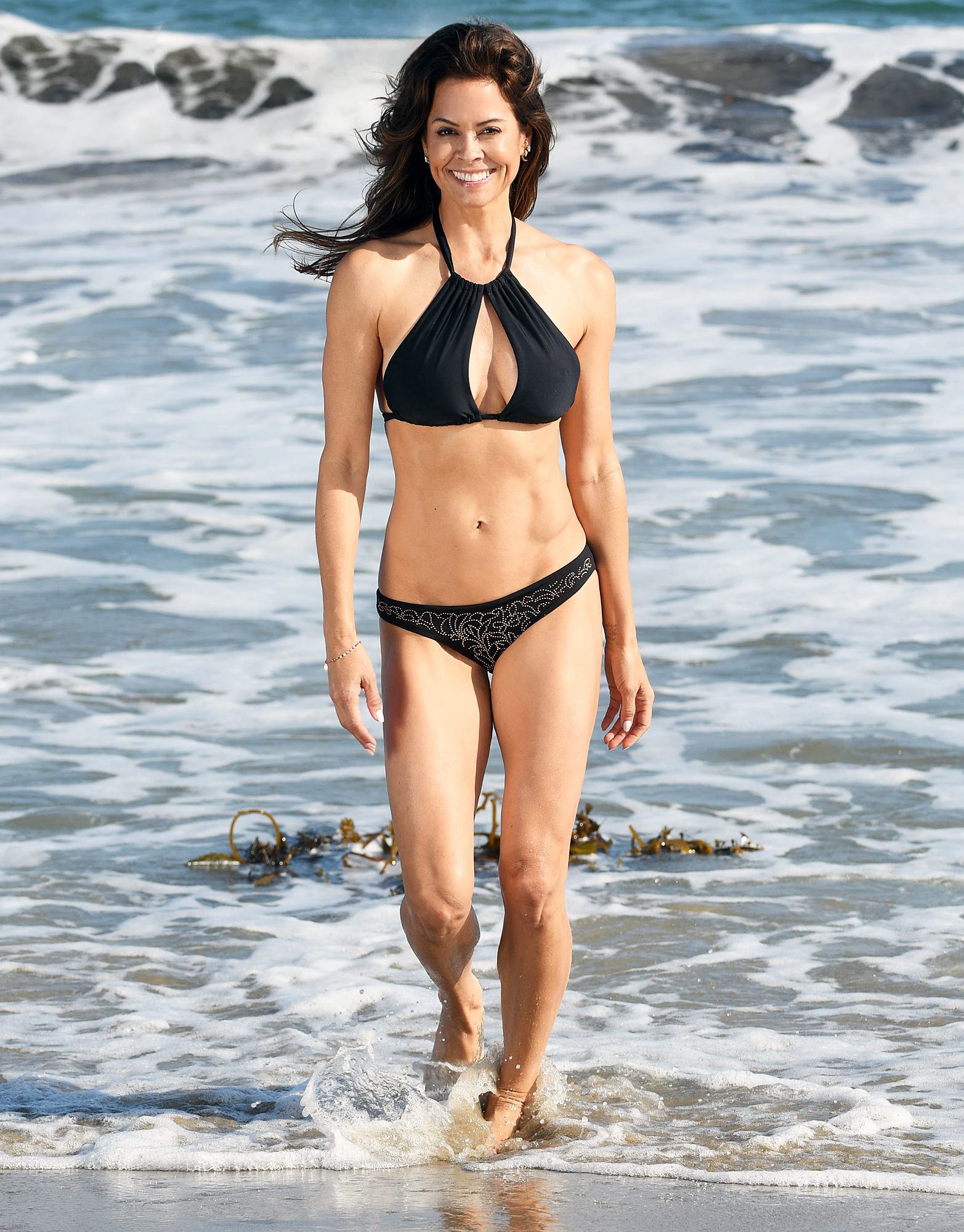 That said, she finds exercising from home takes the fear factor out of working out. “A lot of people are too intimidated [by the gym],” she notes. “When you’re at home, you’re free to experiment.”