BRUNO FERNANDES has revealed that he bought his Manchester United team-mates custom PS4 controllers as gifts to bond with them after joining in January.

The £55million signing became an instant huge fan favourite having helped fire the Red Devils into top-four contention before the Premier League was suspended. 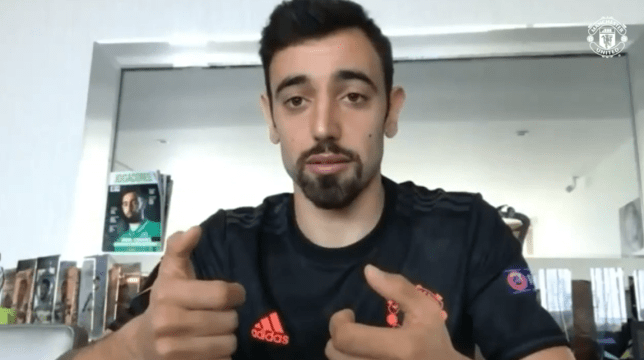 And February's Player of the Month also took little time to find favour in the Old Trafford dressing room after going to great lengths to strike up good relationships with his teammates off the pitch as well.

The 25-year-old revealed he reached out to a contact at PlayStation to get custom controllers made for David De Gea, Diogo Dalot, Aaron Wan-Bissaka and Fred.

Speaking during a Q&A with MUTV from his home, Fernandes explained: "When you are training and when you are on the pitch, there you need to show how important your teammate is for you.

"Out of the pitch, you can help also and it was really important for me, because everyone wants to help me.

"If I wanted shampoo, if I wanted anything, small things.

"For example, I arrived and I talked with a guy I know from PlayStation and I gave joysticks to Aaron Wan-Bissaka, I gave one to Diogo, also David, Fred and I talk with the other players.

"If someone wants one, just tell me and I can give you one, so from Manchester United, for example, David he took one for Dragon Ball Z, because he’s a fan and these are the kind of things.

On how he’s dealing with lockdown, Fernandes added: "I’m OK. You know, when you have your family close, it’s easier.

"It’s difficult with the little baby because she needs to spend the energy she has – and she has a lot of energy!

"But me, my wife and my child have some different ways, to do some games and spend our time together."

Fernandes has been entertaining fans by having a go at the Living Room Cup dreamt up by Nike, calling on everyone to stay fit and active during coronavirus lockdown by doing as many ab crunches as possible in 45 seconds.

Setting the early pace was former United star Cristiano Ronaldo, the 35-year-old performing 142 reps while seeing out the pandemic in Madeira.

Among the first to challenge the Juventus winger was international teammate Fernandes – but he could only notch 117 crunches in the allotted time.