LUIS SUAREZ has been told he is no longer wanted at Barcelona by new boss Ronald Koeman, according to reports.

The Dutchman reportedly called the ex-Liverpool striker today to let him know the news. 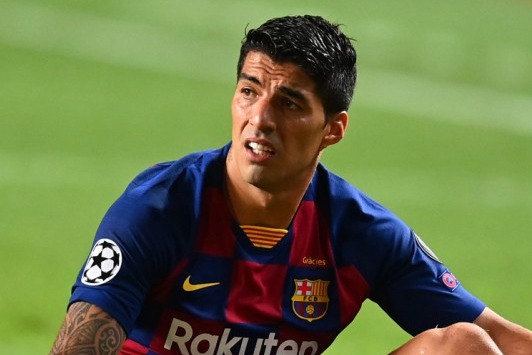 And he could also link up with Cristiano Ronaldo with Juventus reportedly monitoring the situation.

Barca put him on the transfer list as part of a major overhaul after their Champions League humiliation.

And Koeman spoke to him on the phone to confirm the news, according to Spanish journalist Alfredo Martinez.

He tweeted: "Koeman called Luis Suárez today and told him that he does not want him.

"He has a contract for one more season. They will have to negotiate their termination.

"If they do not replace him well by another scorer, it can be a VERY risky decision."

Following Barca's 8-2 Champions League hammering by Bayern Munich and immediate shake-up with Quique Setien and Eric Abidal sacked, the majority of the squad are in the shop window.

But in an interview with El Pais, Suarez blasted the club for their lack of communication and insists he does not know where he stands.

He said: "There is talk of some names that the president gave, of changes that can be made, but nobody told me that they want to do without me.

"If this is the desire of the club, it would be good if the person in charge who chooses speaks directly to me.

"Better that than filter down the news if I am one of those who they want to leave. It remains to be seen.

"I also want the best for the club and my idea today is to continue, but if the club decides that I am expendable, I have no problem talking to those who decide."

Koeman recently told a Dutch radio host he would sell Suarez if it made the DJ happy.

Ex-Arsenal star Marc Overmars is also said to be working hard to bring Suarez back to Ajax.

And David Beckham's Inter Miami have also been linked.