Home » Lifestyle » Burnley 2 Wolves 1: Barnes and Wood lift Dyche's men out of drop zone and onto Arsenal's tail as they go four unbeaten

Burnley 2 Wolves 1: Barnes and Wood lift Dyche's men out of drop zone and onto Arsenal's tail as they go four unbeaten

ASHLEY BARNES bagged his first goal for 13 months to help hoist Burnley back out of the relegation places and onto Arsenal's tail.

And his strike partner Chris Wood added a deserved second as the Clarets made it 12 points from their last seven Premier League matches – with their annual hiding at Manchester City the only blot on their recent record. 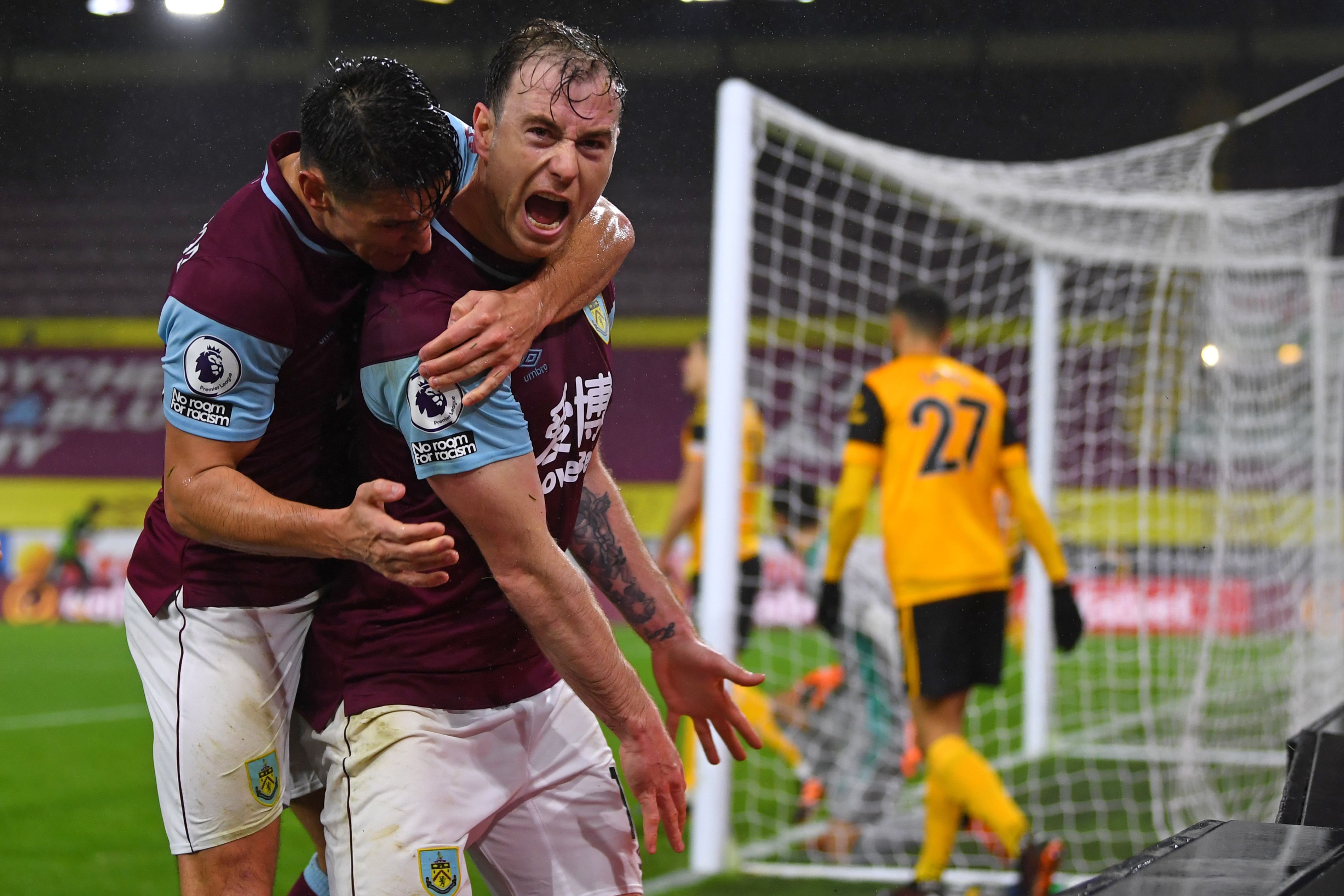 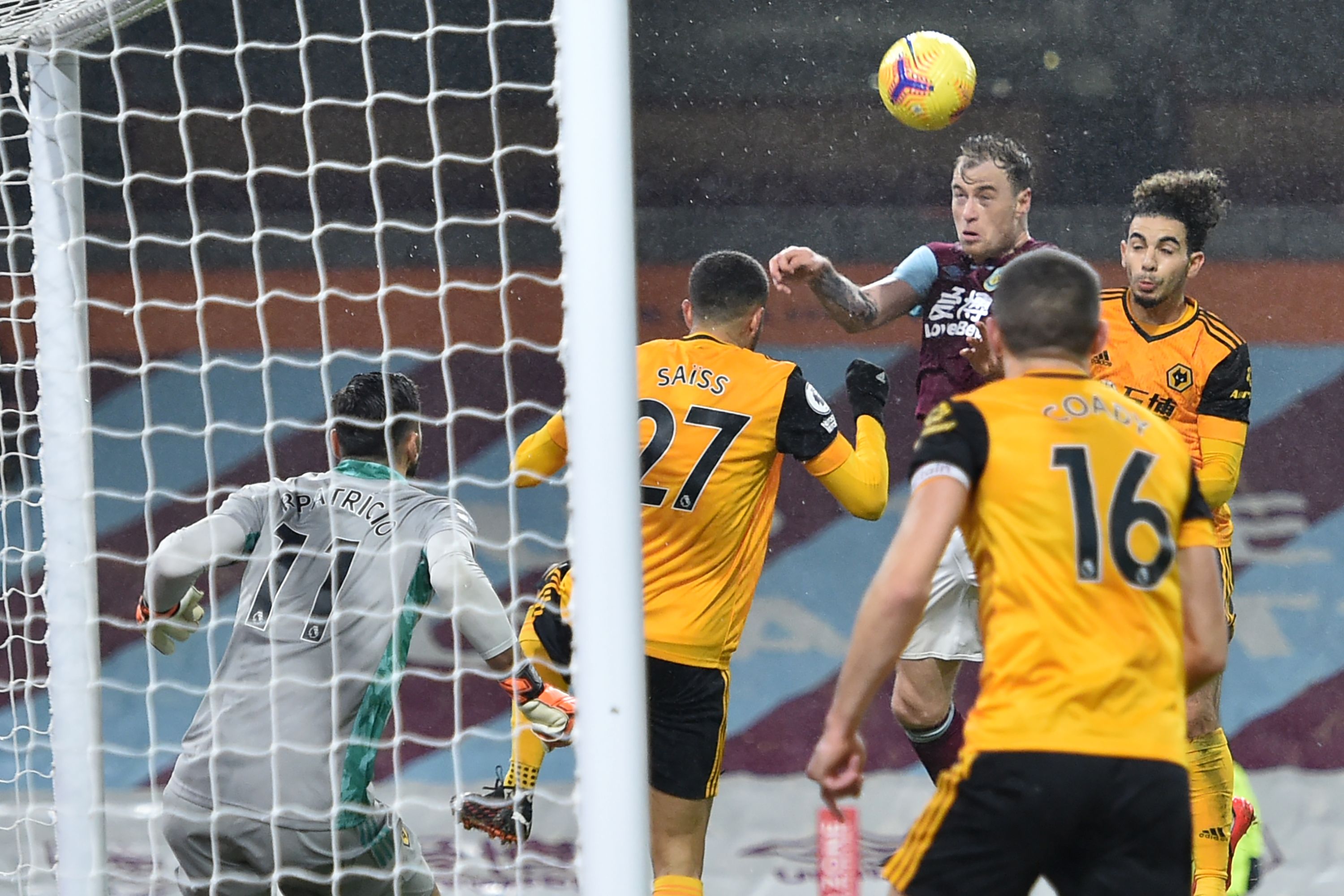 Fabio Silva scored an 89th minute penalty but it was too little, too late for Nuno Espirito Santo's men.

Sean Dyche's side are now just one place and one point off Mikel Arteta's Gunners who are 15th.

Barnes’ 35th minute header ended a drought stretching back to November 23 last year, and the amount of time he held his arms aloft in celebration showed what a relief it was.

To be fair to the Clarets striker he did miss the second half of last season after undergoing a hernia operation.

But he has had plenty of chances to open his account since returning to action.

Another of those chances went begging eight minutes before Barnes finally opened his account for 2020.

He shot straight at Rui Patricio’s legs after Nick Pope’s long clearance put him through one on one with the Wolves keeper.

But it did not take Barnes long to justify Dyche’s decision to restore him to the starting line-up, replacing Jay Rodriguez in the only change to the team drew 0-0 at Aston Villa. 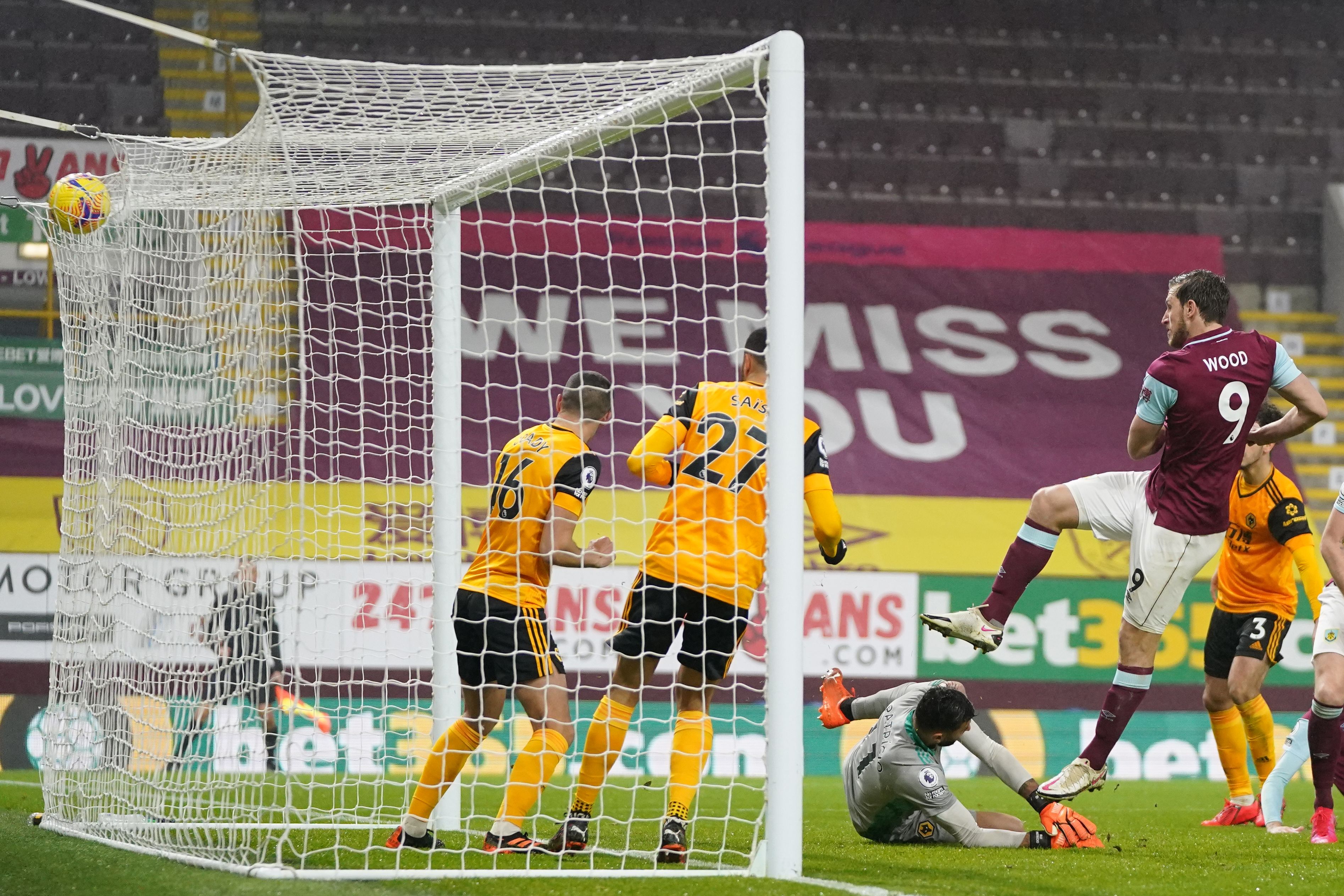 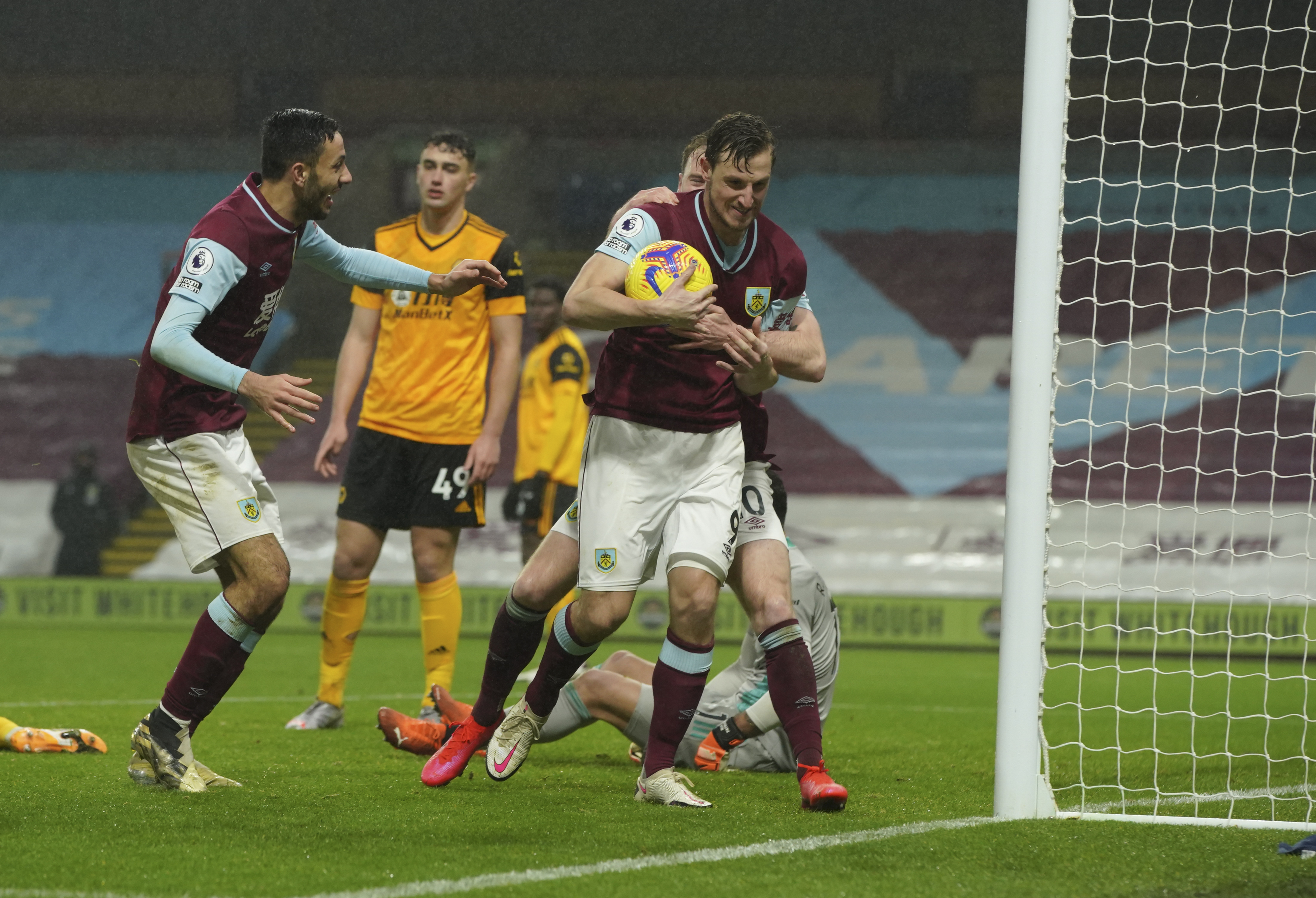 And a disappointing Wolves outfit never looked like ruining the striker’s big night.

Pope actually proved Burnley’s most creative player in the opening exhanges, as his long diagonal ball to Dwight McNeil allowed the winger to loop over a cross towards Wood.

The ball flew behind the Burnley front man, but he threw himself backwards and managed to hook it over his head – and his acrobatic effort was only inches wide of the target.

A lightning counter attack from Pedro Neto, who seemed to have the ball glued to his feet on a sixty yard surge, was the only real threat from the visitors early on.

Neto could not find the finish his footwork deserved, firing off a shot Pope had little difficulty in smothering

And once the overlapping Taylor found Barnes with a brilliant cross – which got the firm downward header it deserved – Wolves seemed to accept their fate with barely a whimper. 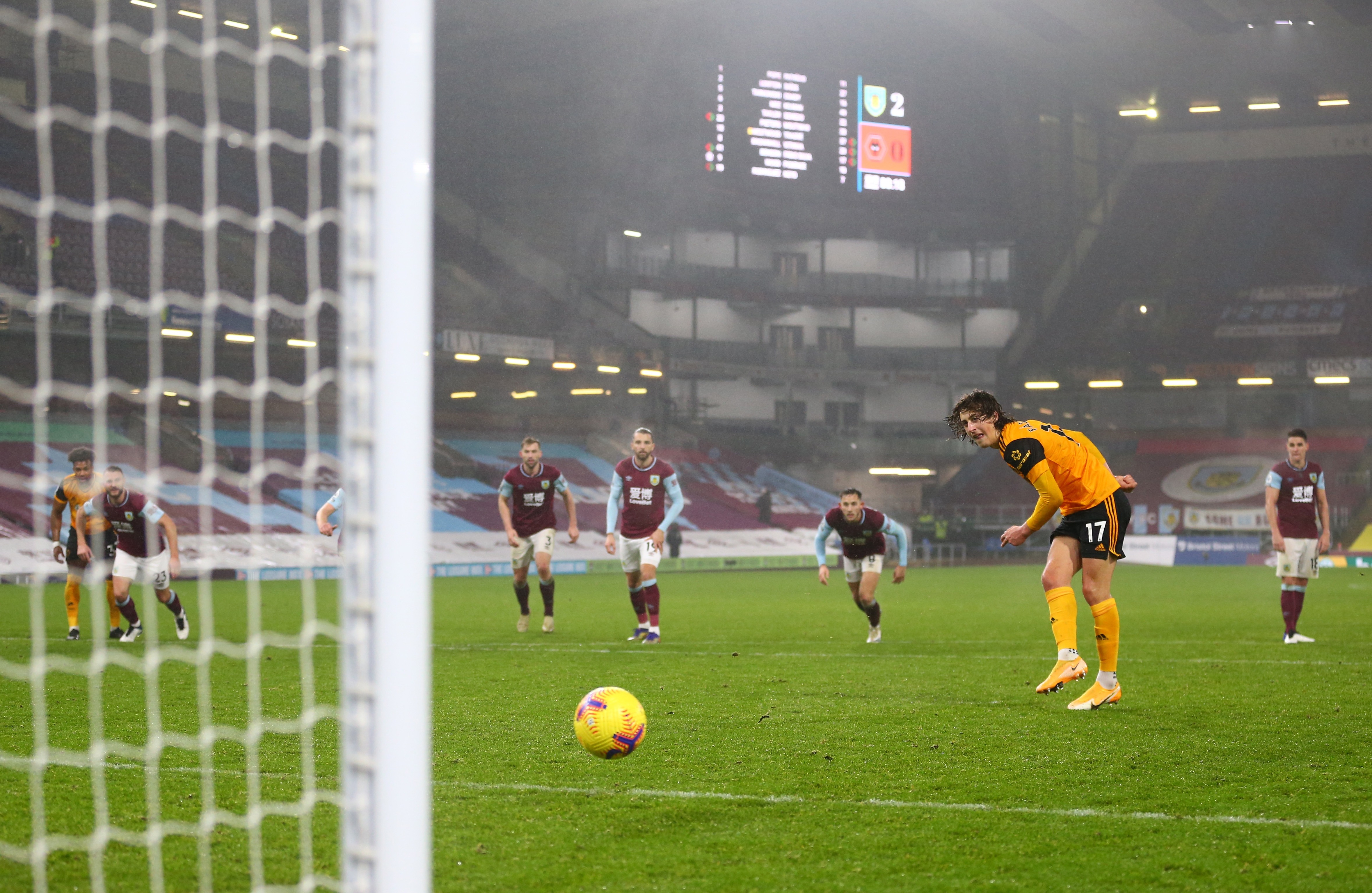 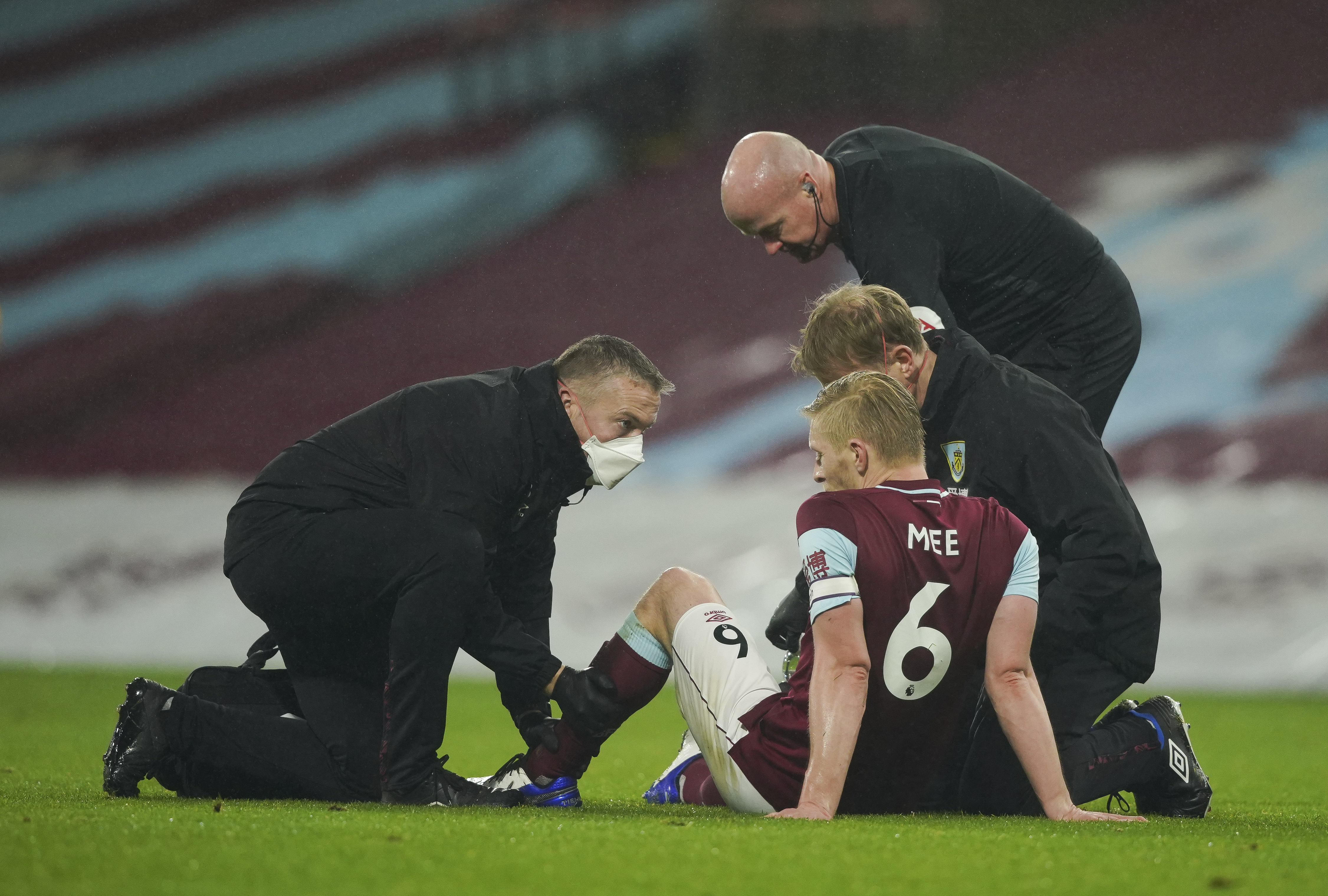 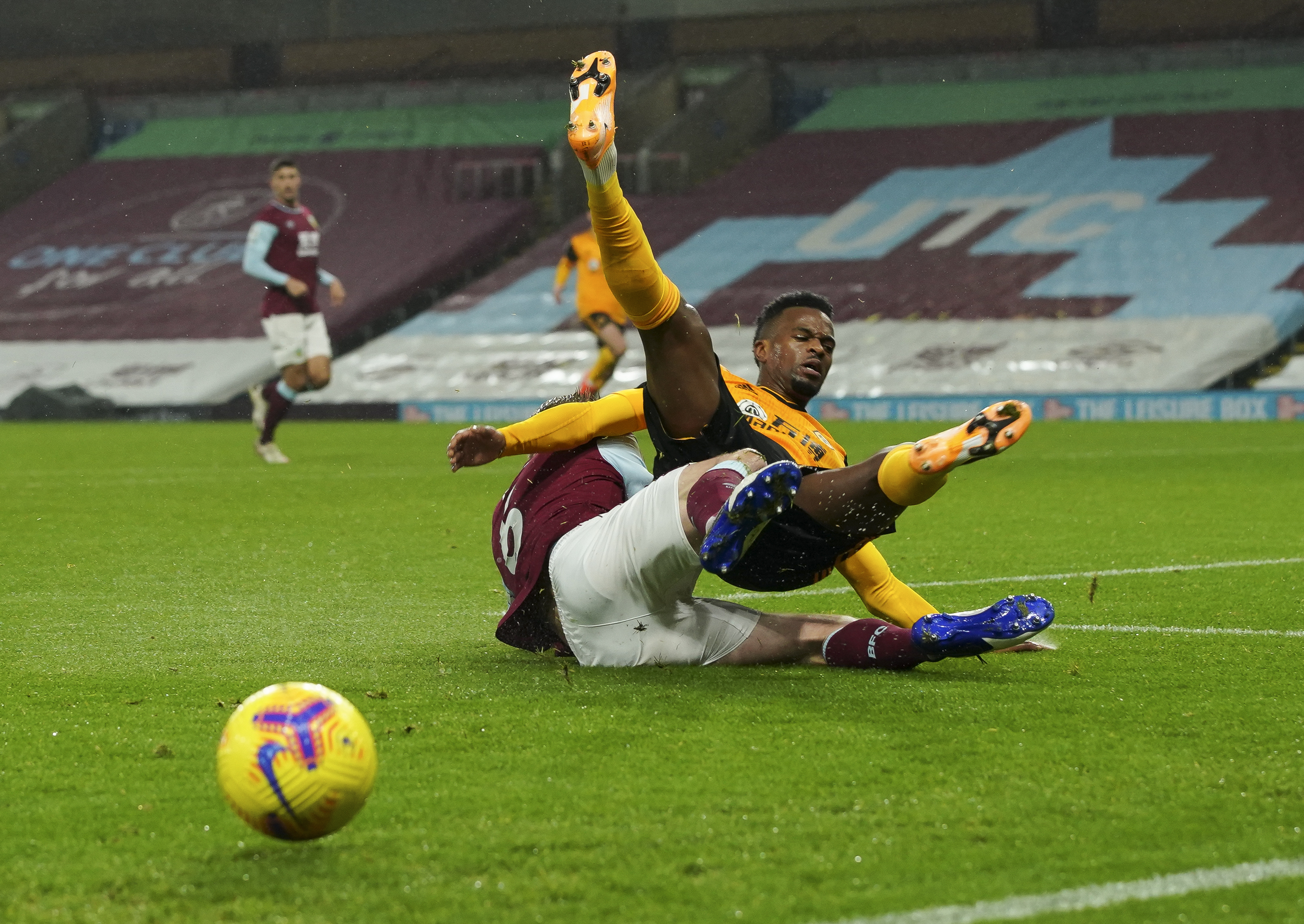 It was hard to believe this was a team that had beaten Chelsea and Arsenal in the last few weeks.

Ashley Westwood’s free kick was headed back across the box by Ben Mee, and after a mad scramble the ball fell kindly for Wood, who smashed it home.

Josh Benson was sent on as an 87th minute substitute for Dwight McNeil, and conceded a penalty before he had even touched the ball.

Benson came charging into Silva as he twisted and turned in the Burnley box, and the Wolves sub picked himself up to slam the ball past Nick Pope.

That was the first time Burnley had scored twice at Turf Moor since February.

And they had managed just six goals in their 12 Premier league matches before this, so Nuno will be having a long word with his dithering defenders. 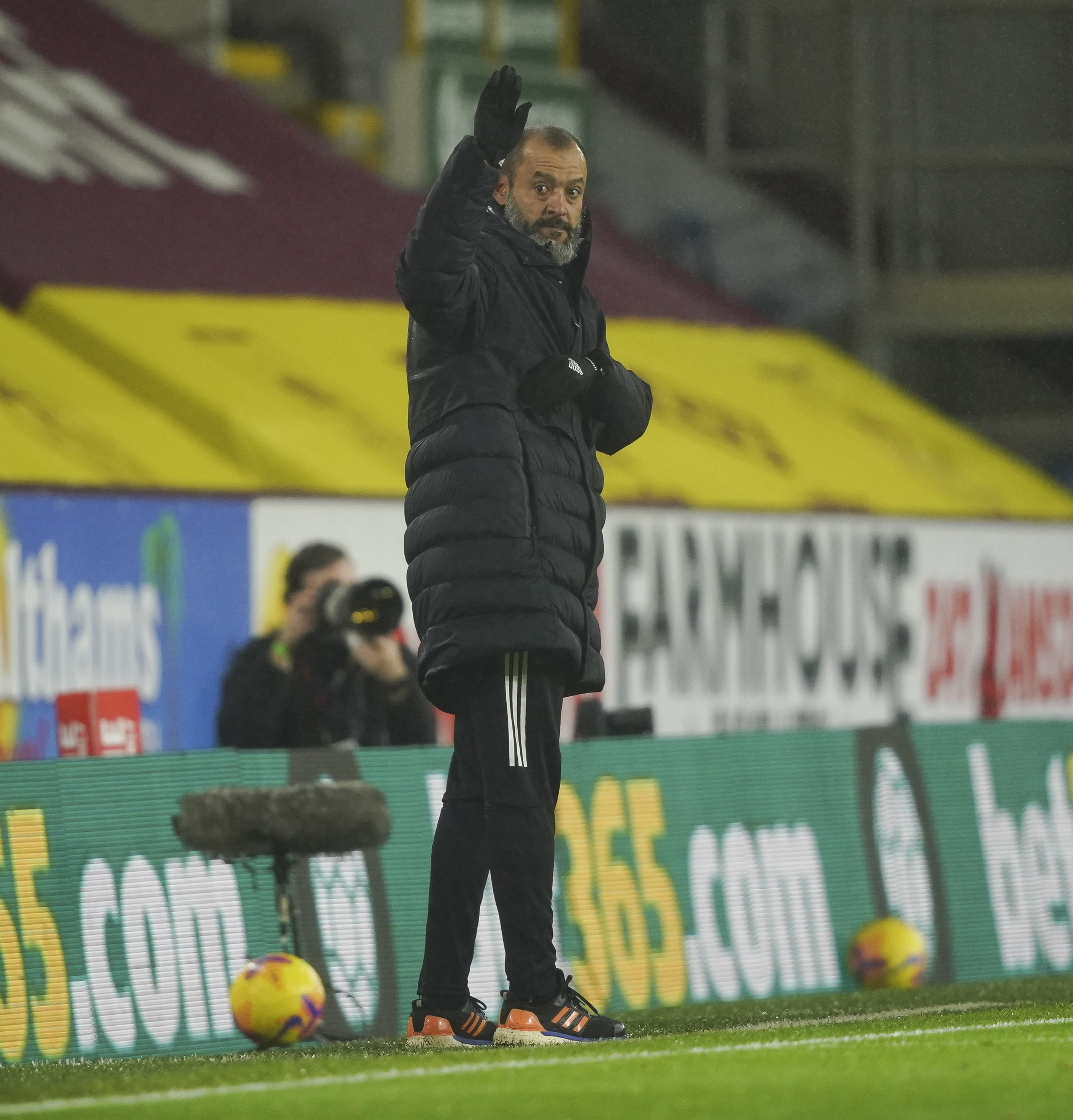 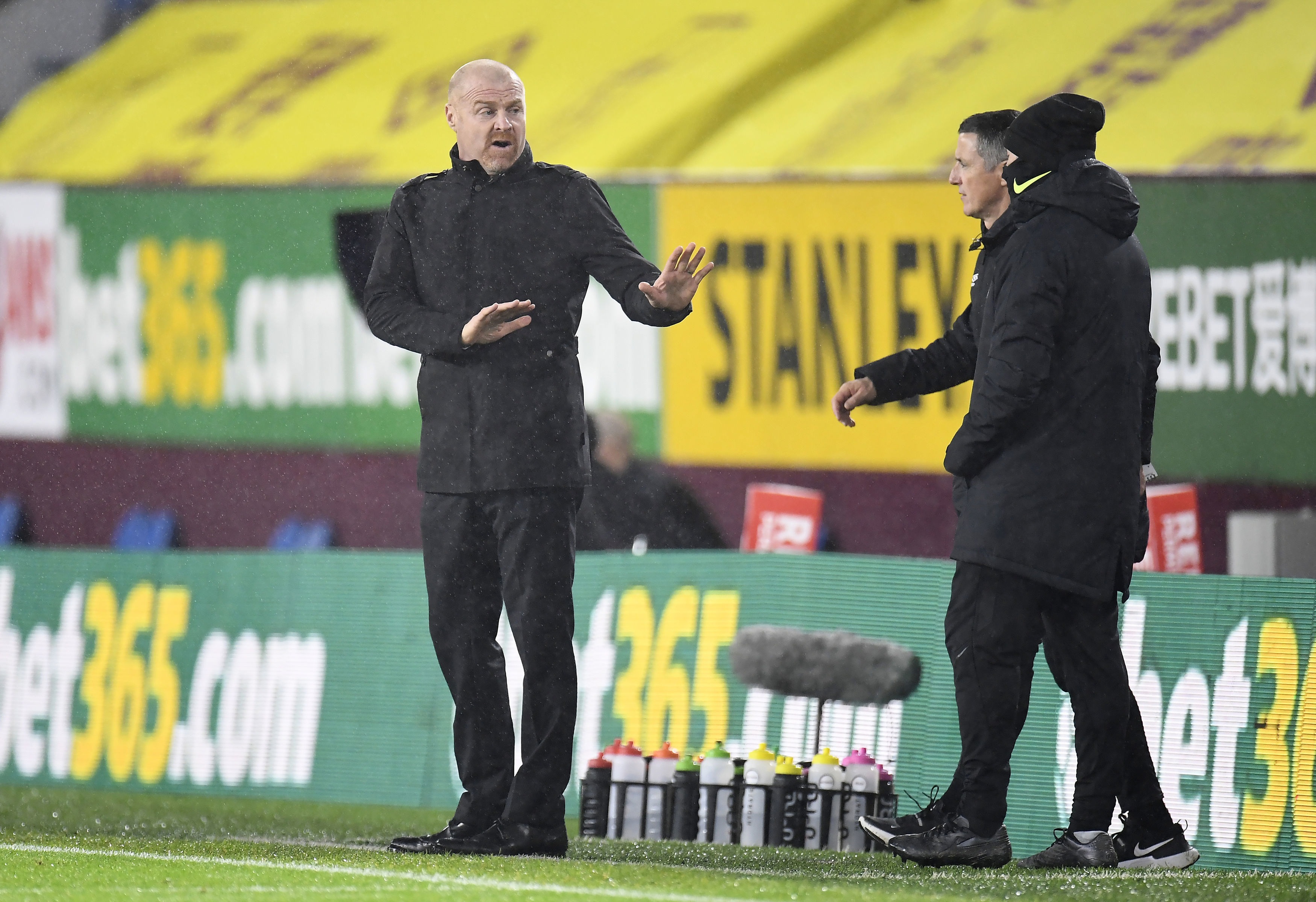 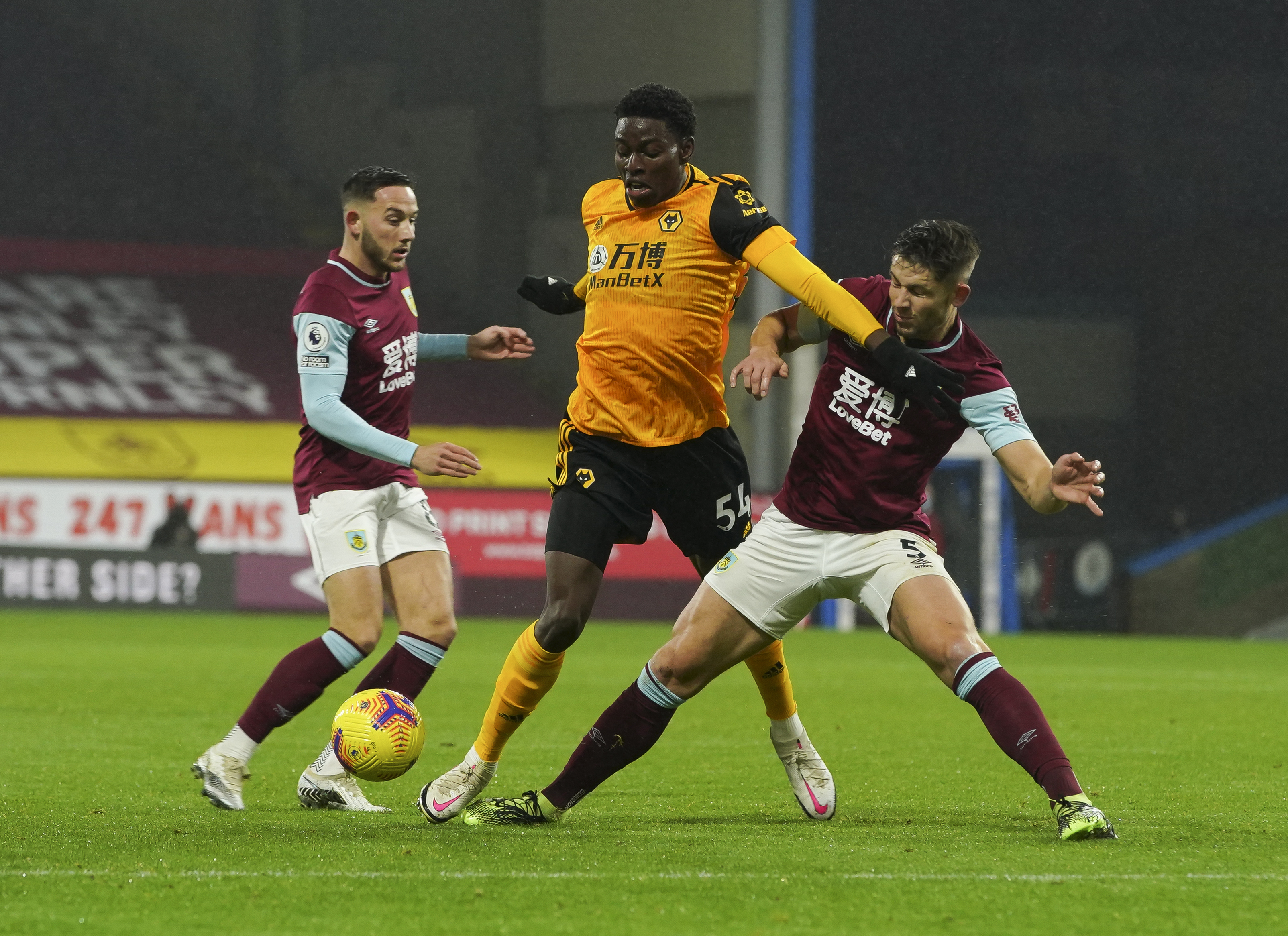