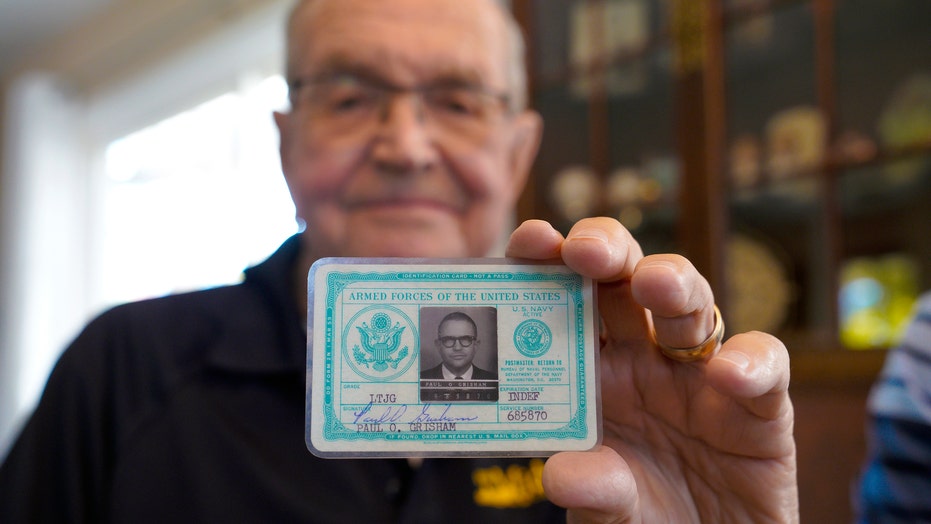 Fifty-three years after he lost it in Antarctica, Paul Grisham finally has his wallet back.

Grisham, 91,  of San Diego, California, arrived in Antarctica in October 1967 as a Navy meteorologist. At some point during his 13-month assignment, he lost his wallet and eventually forgot about it — until last week.

“I was just blown away,” Grisham told The San Diego Union-Tribune after he received the wallet by mail Saturday. “There was a long series of people involved who tracked me down and ran me to ground.”

According to the newspaper, Grisham’s wallet held plenty of mementos from his time on Antarctica — which he called “The Ice” — as well as his Navy ID and driver’s license. 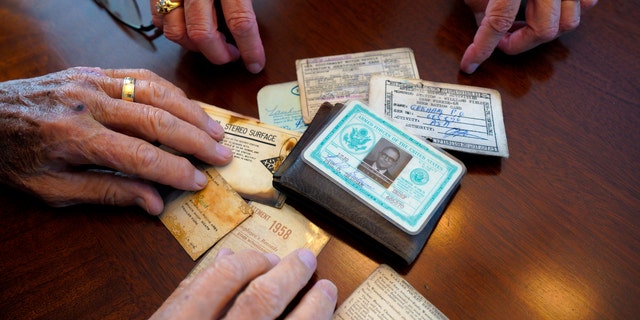 Paul Grisham lost his wallet while he was working on Antarctica as a Navy meteorologist in 1967 and 1968. Fifty-three years after he left the continent, Grisham’s wallet has been returned to him. (Nelvin C. Cepeda/The San Diego Union-Tribune via AP)

Some of those mementos included a pocket reference card on what to do during atomic, biological and chemical attacks, a beer ration punch card, a tax withholding statement and receipts for money orders sent to his wife.

WISCONSIN CHICK-FIL-A EMPLOYEE GIFTS CAR TO COLLEAGUE WHO WAS RIDING BIKE TO WORK: ‘NOT A SECOND THOUGHT’

Grisham’s wallet and another lost billfold were found in 2014 when a building at McMurdo Station on Antarctica’s Ross Island was being demolished. 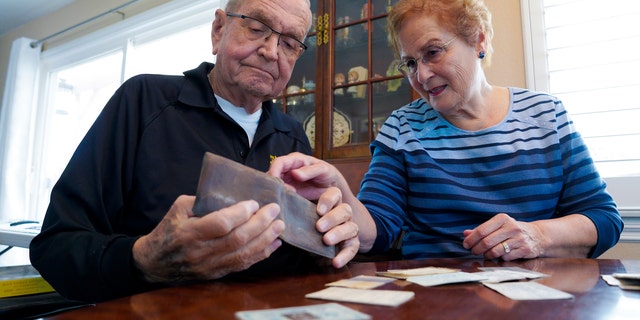 Paul Grisham and his wife Carole Salazar look over his wallet and the items that were inside when he lost the wallet back in 1968. (Nelvin C. Cepeda/The San Diego Union-Tribune via AP)

Stephen Decato and his daughter Sarah Lindbergh, both from New Hampshire, worked with Bruce McKee of the Indiana Spirit of ‘45 nonprofit foundation to track down Grisham and the owner of the other wallet.

The trio had previously returned a Navy service ID bracelet to its owner after Decato found it in a shop and bought it last year. His daughter contacted McKee, who posted an online notice about the bracelet, which led them to the original owner. 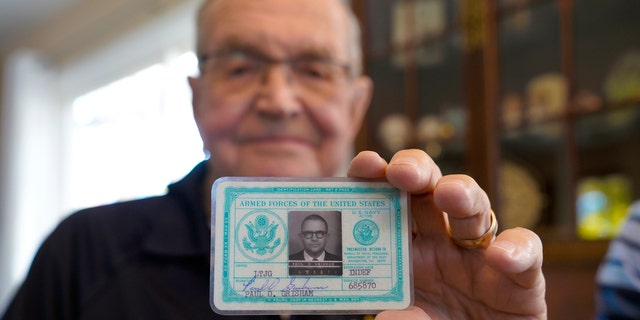 After hearing about the bracelet, Decato’s former boss asked him to find the owners of the lost wallets unearthed in the demolition. Decato had previously worked for an agency that does research on Antarctica.

Just like with the bracelets, Decato worked with Lindbergh and McKee to successfully track down Grisham through various groups, including the Naval Weather Service Association, which Grisham is a part of. 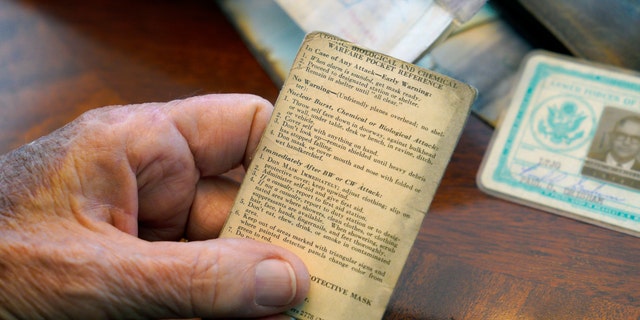 Paul Grisham holds one of the items that was found inside his wallet, an "Atomic, Biological, and Chemical Warfare Pocket Reference." (Nelvin C. Cepeda/The San Diego Union-Tribune via AP)

The trio was also able to return the other wallet to the family of its owner, a man who died in 2016.

“If it was my dad’s possessions, I would have treasured it as I think they will,” Lindbergh, whose grandfather served in the Navy, told The Union-Tribune. “It was a feel-good thing to do and both my dad and I have gone to bed thinking that another family was as happy as we are. My grandpa would be so proud and my dad is proud to have things in their rightful places.”