It works by basically forcing the cancer cells to dump their waste in their ‘home’ rather than have it taken out and disposed of. A team of researchers from the Centre for Soft and Living Matters, based in South Korea, found that selective killing of cancer cells will clutter their waste disposal system. Cancer patients will have ‘cancer lysosomes’ and ‘healthy cell lysosomes’ – a lysosome is a sac filled with a large number of enzymes and acid, it works to break down and recycle damaged cellular components.

Researchers discovered that if the ‘cancer lysosomes’ is punctured, then harmful toxins will be released inside the cell damaging the cellular components – effectively killing the cancer cell.

In cancer-free patients, the healthy lysosomes usually release toxins outside of the cell – simply put it it’s like throwing out rubbish from your home rather than emptying it back on the floor.

Co-author Dr Bartosz Grzybowski, said: “In this work, we have harnessed the deregulated waste management system of the cancer cells to act as a nanoscale assembly line for constructing high-quality nanoparticle crystals that destroy the very lysosome reactors that allowed them to grow in the first place.”

The mixed-charge nanoparticles will assemble into crystals and cause the death of thirteen types of cancer lines.

Co-author Dr Kristiana Kandere-Grzybowska, said: “Non-cancerous cells, however, also internalise mixed-charge nanoparticles, but nanoparticle aggregation is limited. The nanoparticles quickly transit through the recycling routes and are cleared from these cells.

First author of the study, Dr Magdalena Borkowska added: “Our conclusions are based on a comparison of thirteen different sarcomas, melanoma, breast and lung carcinoma cell lines with four non-cancer cell types. 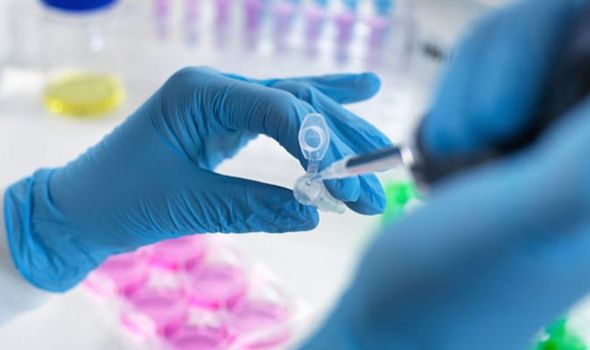 “The nanoparticles were effective against all thirteen cancer lines, while not harming non-cancerous cells.”

Dr Kandere-Grzybowska said: “”The nanoparticle clusters may alter the lipid composition of the lysosome membrane, affect its integrity and render it less mechanically robust.

“Unexpectedly, our team also discovered that some proteins, such as the cell growth signalling molecules mTORC1, are displaced (and thus inhibited) from the surface of nanoparticle-containing cancer lysosomes.

“This is important because cancer cell growth and division require mTORC1, and nanoparticles are shutting it down only in cancer cells.”

Another important step will be testing the effectiveness of mixed-charge nanoparticles against tumours in animal models.

The findings are published in Nature Nanotechnology.