‘I won’t be watching. I know Americans. I know Hollywood. I know what’s coming’: CANDACE OWENS says she long predicted Harry and Meghan would end up in LA

Harry and Meghan had just moved out of Kensington Palace and into Frogmore Cottage when I first got together with my English husband. The Sussexes were very much in the headlines then, as now.

I turned to my fiance – as he then was – in a London cafe, and casually said: ‘Those two will wind up in Los Angeles. I give it three years.’

At the time he laughed off this hasty prognostication. How could I possibly know?

But he wasn’t laughing when, all-too-soon, it became clear that Harry and Meghan would be leaving their official duties and moving to North America in what would become known as Megxit. And he wasn’t laughing, either, when I correctly predicted that their stay in Canada was no more than a pit-stop on the journey to Los Angeles. 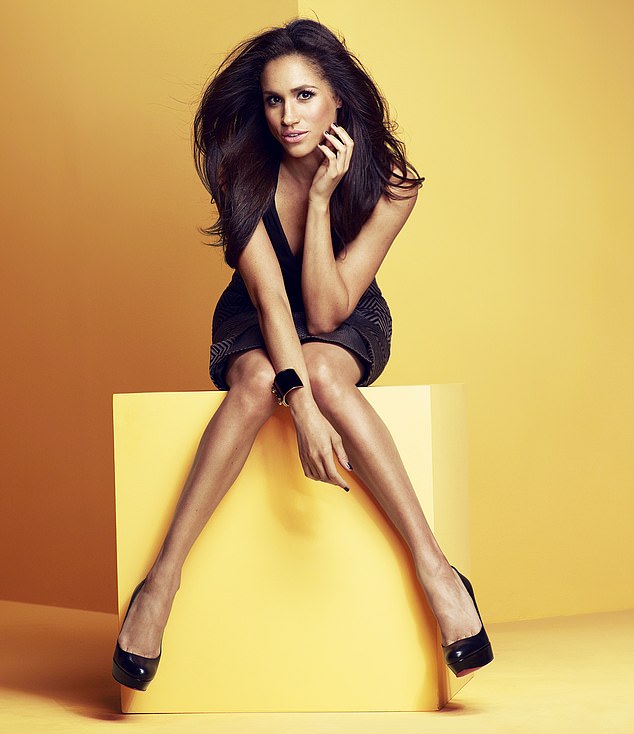 ‘B-list actress’: Meghan Markle pictured above in a photoshoot for Suits as Rachel Zane

I have neither a psychology degree nor a working crystal ball but Meghan Markle is of type. I could see her coming from some distance. And that’s because I’m an American – and she is the dreaded ‘Hollywood-kind’.

I’m not alone in having little time for Hollywood personalities and the predictable politics of those who sit within gated communities preaching to the rest of the working world about topics that will never truly affect them.

For all too many of these people, social issues are like fashion trends – to be worn in front of a camera lens, to garner heaps of attention and praise. As to the social issues they espouse, sometimes they prove surprisingly ill-informed. But who cares about that when the real goal is publicity?

Hollywood personalities believe themselves to be the future and, accordingly, view history as not merely inconvenient but loathsome. They take the same view of traditions and the people that uphold them.

That’s why I was confident that Meghan, a relatively unknown B-list actress, would somehow find a route back to Los Angeles. Because there is nothing more traditional, and therefore more repugnant to a Liberal than the concept of a monarchy and all of the ‘broken’ traditions that come with it.

And however much of a caricature it might seem, this is Meghan’s world. 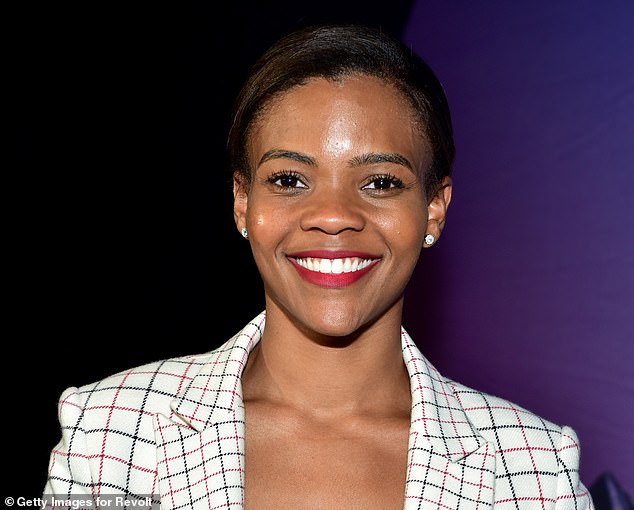 I could see Meghan coming from some distance. And that’s because I’m an American – and she is the dreaded ‘Hollywood-kind’, writes Candace Owens (pictured above)

I’m not saying that Meghan would explicitly ask Harry to move away from his family and friends. But she is certainly persuasive – enough, even, for him to believe the decision was entirely his.

He was a man who needed to protect his family, after all. And Meghan, as we know from the teaser clips to advertise tonight’s interview with Oprah, believes that the pressures that came with being a Royal were ‘almost unsurvivable’.

With his own mother’s sad experience very much in mind, how could Harry not respond?

If peace and quiet really were the Sussexes’ goal, then the woods and lakes of Canada were perfect. But Canada is not Hollywood. And for someone who has spent a lifetime trying to ‘make it’, Los Angeles was always going to be the final destination.

Mingling amongst A-list actors and calling A-list actresses her best friends – that was the sort of dream she recognised.

And what better companion to have by her side than a genuine Prince, helping secure admission to the sort of social circle she’s unlikely to have entered through her own talent alone. Yet even life as a Royal Duchess has proved inadequate for her ambitions. 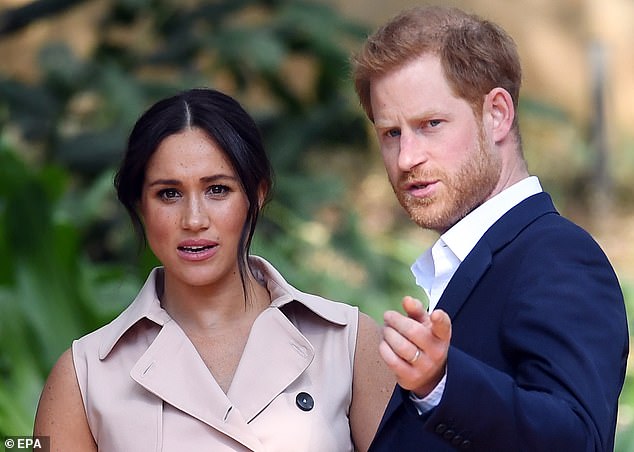 I do not intend to watch Meghan and Harry’s interview tonight. I hardly need to, writes Candace Owens

The global pandemic can hardly have helped, with lockdowns in Los Angeles and elsewhere making it difficult for them to maintain the profile she desires.

Hollywood types, after all, need a very specific kind of attention – the kind unavailable when accompanied by Royal press officers, or surrounded by Canadian forests.

The attention they crave is found among the Hollywood Hills, where an ecosystem of paparazzi, parties, and producers await – the sort of thing that might go global when you sit down to give a tell-all exclusive to your dear friend, Oprah Winfrey.

I do not intend to watch Meghan and Harry’s interview tonight. I hardly need to. If Meghan is who I believe her to be, she will not-so-absentmindedly stroke her burgeoning belly throughout because there is nothing which inspires more sympathy than an expectant mother under duress.

With gentle coaxing, viewers will come to believe how difficult it was for her to come forward with ‘her truth’ while carrying child. Viewers might even come to believe their conclusions were entirely their own.

Is the purpose of this interview ‘to blow the lid off The Firm’ as so many believe? I’m not so sure. 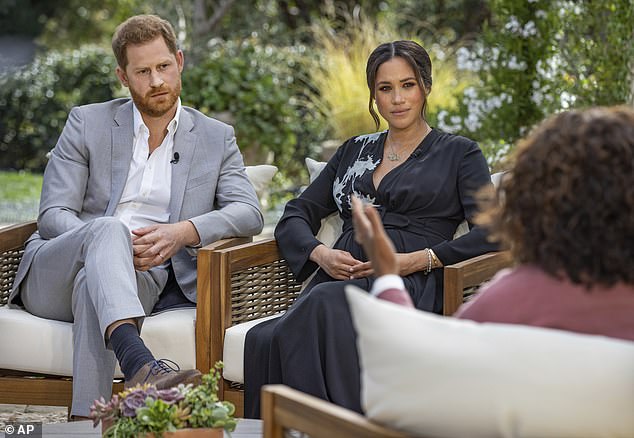 Prince Harry and Meghan, the Duchess of Sussex, pictured in conversation with Oprah Winfrey

Meghan never cared to be a Royal. The purpose is to justify the amount of publicity she and Harry will pursue on a go-forward basis. Meghan will want us to believe that she is a wounded bird, just finding her voice. Hollywood-types will praise her and Harry as ‘brave’ and ‘inspiring’ for having the courage to speak out against such a powerful institution.

People will come to understand that Meghan and Harry are pursuing a Hollywood existence – not because she had planned for them to do so all along – but because women, black women in particular, need to find their voice in this important historical moment.

The interview is also meant to assuage the signs that Harry has been isolated from his friends, his family, his countrymen and even his hobbies – but worry not, for this was all his idea.

It isn’t hierarchy that Hollywood types hate. In fact, there is little more monarchical in style than hiding yourself within a £11 million mansion in California, while appealing to the public for love.

Yet Meghan continues to cast herself before the world in the leading role of a victimhood series – against the media, The Firm, her sister, her father and now the United Kingdom. If you are as exhausted as I am with these perpetually under-whelming performances, then I’d invite you all to tune out tonight, and watch something else instead.