To celebrate the new Champion x Muhammad Ali collection, the American sportswear brand has tapped contemporary artist Heiro Veiga to lend his talents in creating an accompanying mural. Located in Miami’s famed Wynwood District, the large scale work embodies the spirit of the clothing series, encouraging pedestrians to be their own champion and amplifying Ali’s mission of inspiring others to feel strength from within. Hiero, a graffiti artist whose work can be seen both on the streets and in lauded galleries across the globe, applied his aptitude for portraiture and realistic style to creating the mural, which features an image of the late boxer alongside one of his iconic quotes. 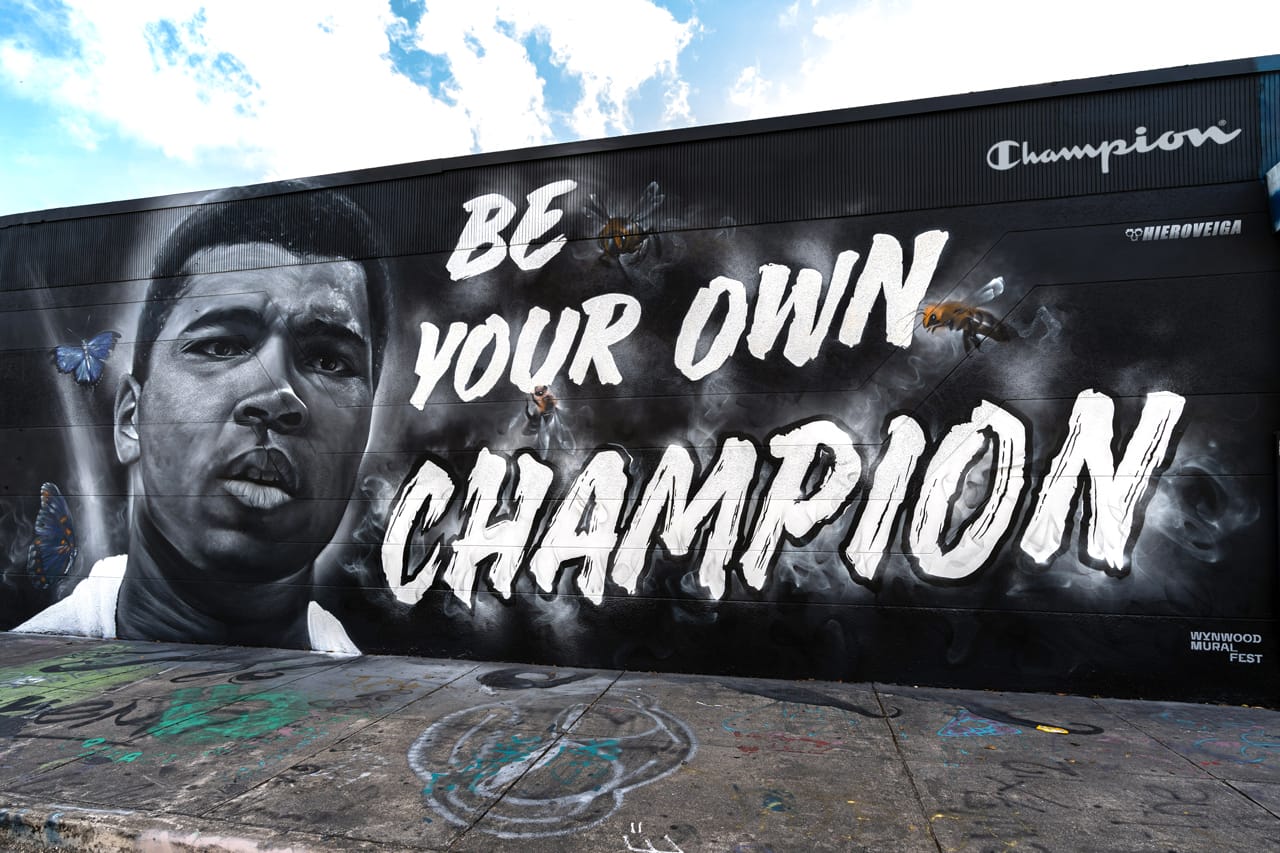 Like the collaborative series, Muhammad Ali serves as the muse for the outdoor artwork. Champion approached the limited-edition merchandise with a desire for stoking the champion in everyone. Taking cues from Ali’s six core principles — confidence, conviction, dedication, giving, respect and spirituality — the apparel showcases images of Ali with some of his most memorable quotes. “Champions aren’t made in gyms,” reads one of them. “Champions are made from something they have deep inside them — a desire, a dream, a vision.” These elements are presented on Champion’s signature products, like Reverse Weave® hoodies, crewnecks and graphic T-shirts in a red, white, gold and black color scheme. The collection also includes a limited-edition pin set that celebrates Ali and commemorates his journey to greatness, which will be available in all five Champion retail stores.

The first drop of the Muhammad Ali x Champion collection includes three menswear styles, which are available now at the brand’s website and in stores, as well as at Social Status and RSVP. Prices range from $40 and $125. The second and third drops are slated for later this year.
Source: Read Full Article