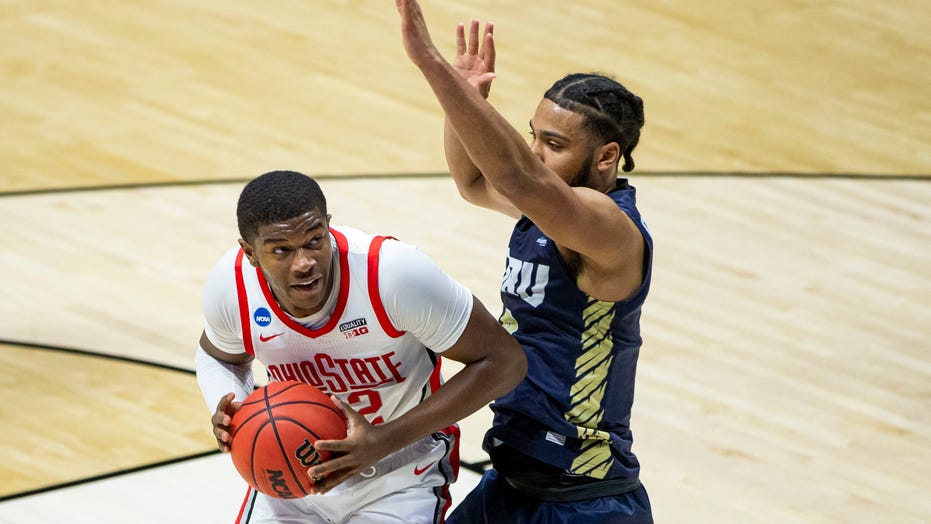 The Buckeyes, who were a No. 2 seed in the NCAA Tournament, lost 75-72 in overtime to the 15th-seeded Eagles. The heartbreaking loss prompted fans to message Liddell using derogatory language and racial slurs.

Barkley wasn’t having any of it.

During the March Madness broadcast, Barkley, a former star at Auburn, explained why he will never have any social media accounts, citing the threats to Liddell.

“You guys give me a hard time because I refuse to do any type of social media, this is the reason why,” Barkley said. “No. 1, he had a great game, but for you to give this kid death threats and hurl racial slurs at him because you’re safe in your own home like a coward, behind a computer and nobody know who you are, you need to take a hard look at yourself in the mirror.

“I am never gonna dignify these losers and interact with them ever; I don’t care how much money somebody offers me, I’ll never do social media because of this,” Barkley added.

Liddell, who finished with 23 points, 14 rebounds and five assists for the Buckeyes, shared screenshots of the messages on Twitter.

One user sent several messages containing derogatory language and racial slurs. In one message he told Liddell, “I hope you somebody shoot you in ya face fr [sic] bruh you is a f–king bum.”

In a separate message, he told Liddell that he wants to “kill” him.

They continued: “You are such a f–king disgrace. Don’t ever show your face at Ohio State … I hope you die, I really do.”

Liddell said the comments themselves don’t bother him. He just wants to know “why.”

On Saturday, Ohio State released statements regarding the incident. The Buckeyes’ coaching staff and athletic department promised that actions would be taken.

“These comments, while not from or representative of Ohio State fans, are vile, dangerous and reflect the worst of humanity,” Ohio State head coach Chris Holtmann said. “E.J. is an outstanding young man who had a tremendous sophomore season and he was instrumental in our team’s success. We will take the necessary actions here at the University to address this immediately.”

Buckeyes athletic director Gene Smith added in a tweet: “The threatening social media attack E.J. Liddell faced after the game yesterday is appalling and will not be tolerated.

“To the few of you who have chosen to inappropriately rail against our players on social media, stop. Hate and derision have no place in Buckeye Nation or in civil society. If you cross the line and threaten our players, you will be hearing from the authorities. That I promise you.”