CHELTENHAM FESTIVAL is famous for being the pinnacle of racing – and occasionally scene of some of the most shocking fan incidents.

Unfortunately it is all but certain we will be watching from home this year as the world's best racehorses compete at Prestbury Park. 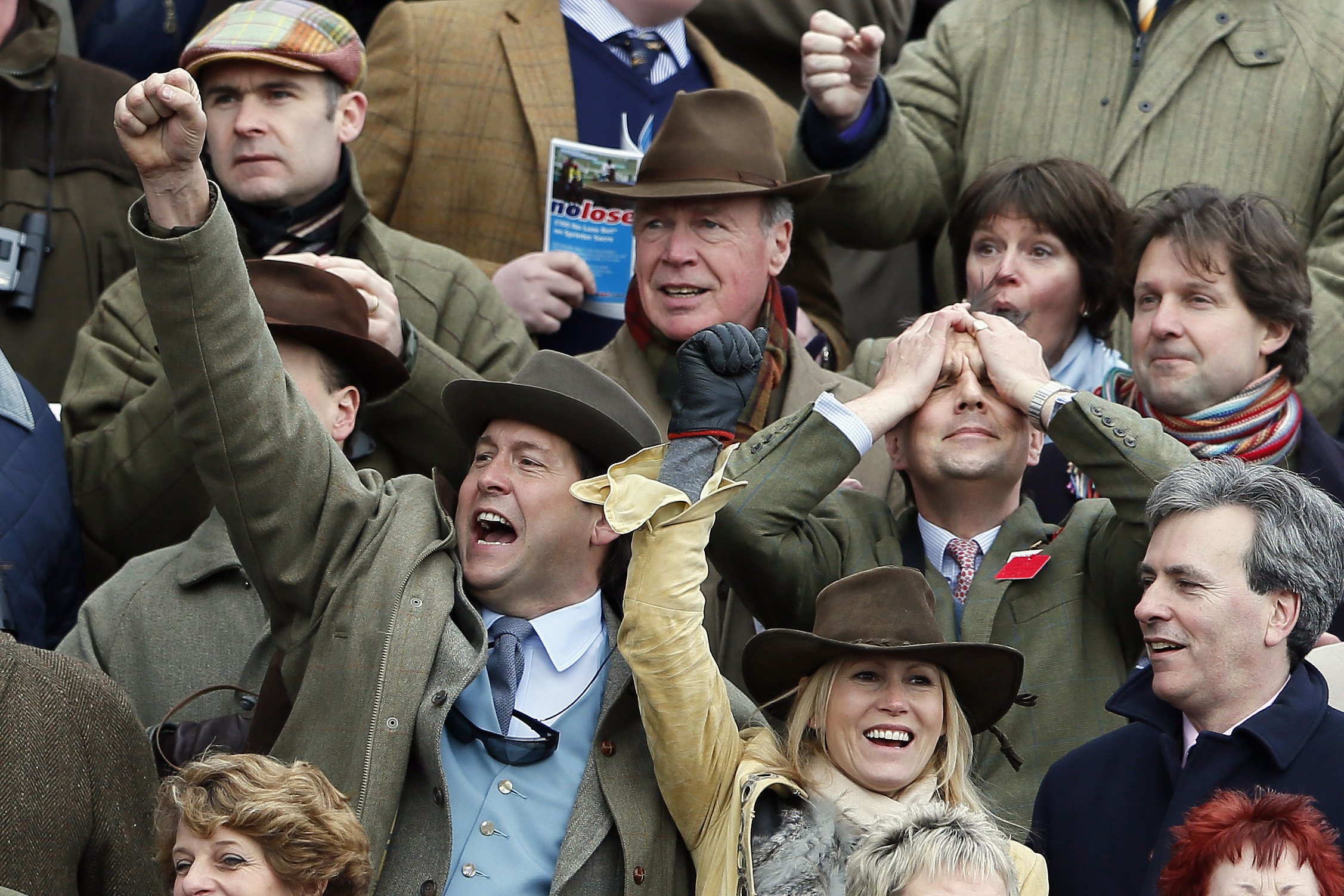 Coronavirus restrictions will stop up to 250,000 punters from having a bet, a drink and a great time with friends at the iconic racecourse.

Paddy Power: New customers only. Place your FIRST bet on any sportsbook market and if it loses we will refund your stake in CASH. Max refund for this offer is £20. Only deposits made using Cards or Apple Pay will qualify for this promotion. T&Cs apply. Paddy's Rewards Club: Get a £10 free bet when you place 5x bets of £10+. T&Cs apply. 18+ Begambleaware.org

But while the vast majority of racegoers behave themselves during race week, there have been occasions when some have crossed the line.

Here, SunSport looks back at some of the more raucous moments caught on camera at Cheltenham.

And perhaps no one reflected that more than Katie Salmon. 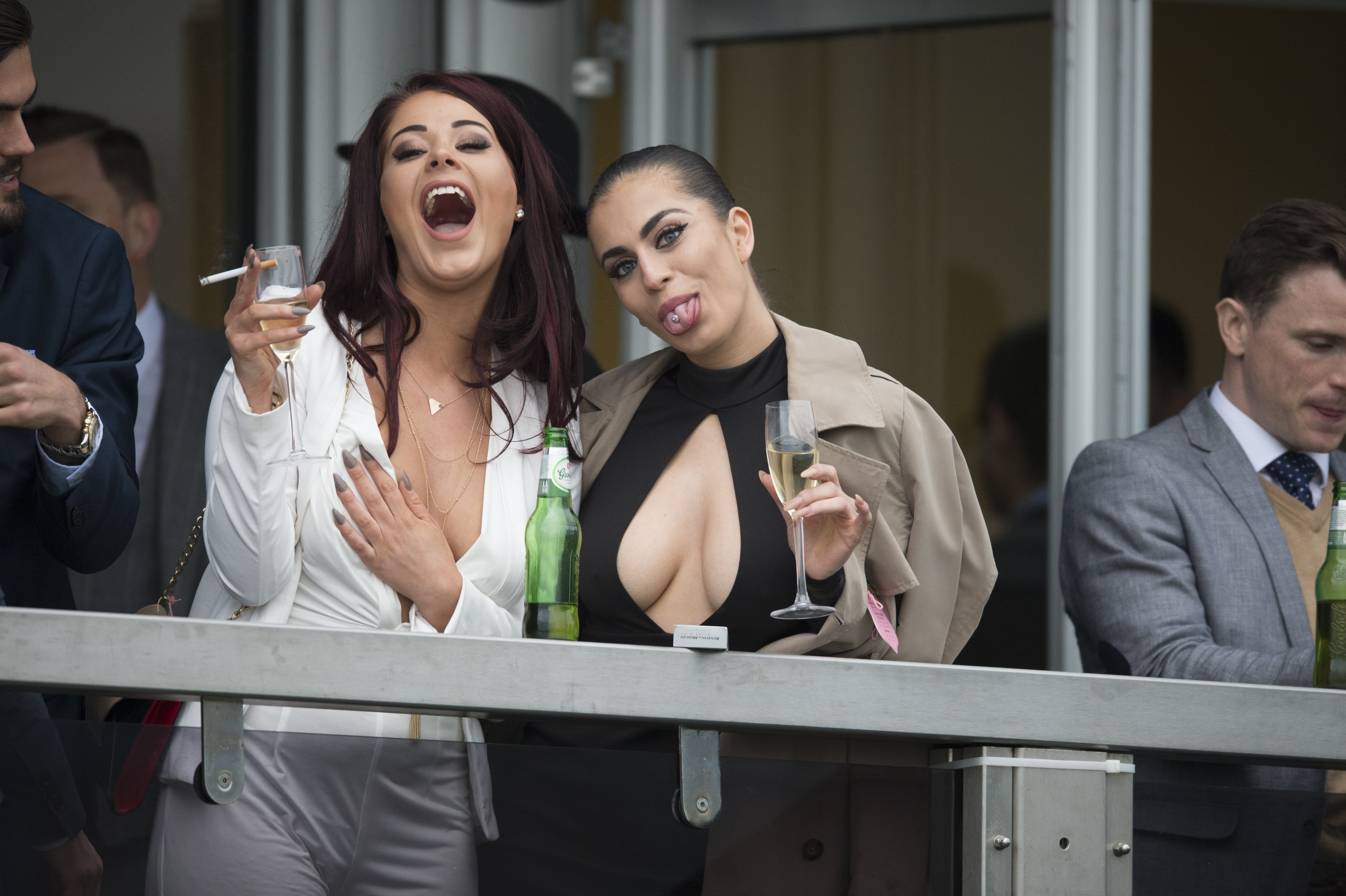 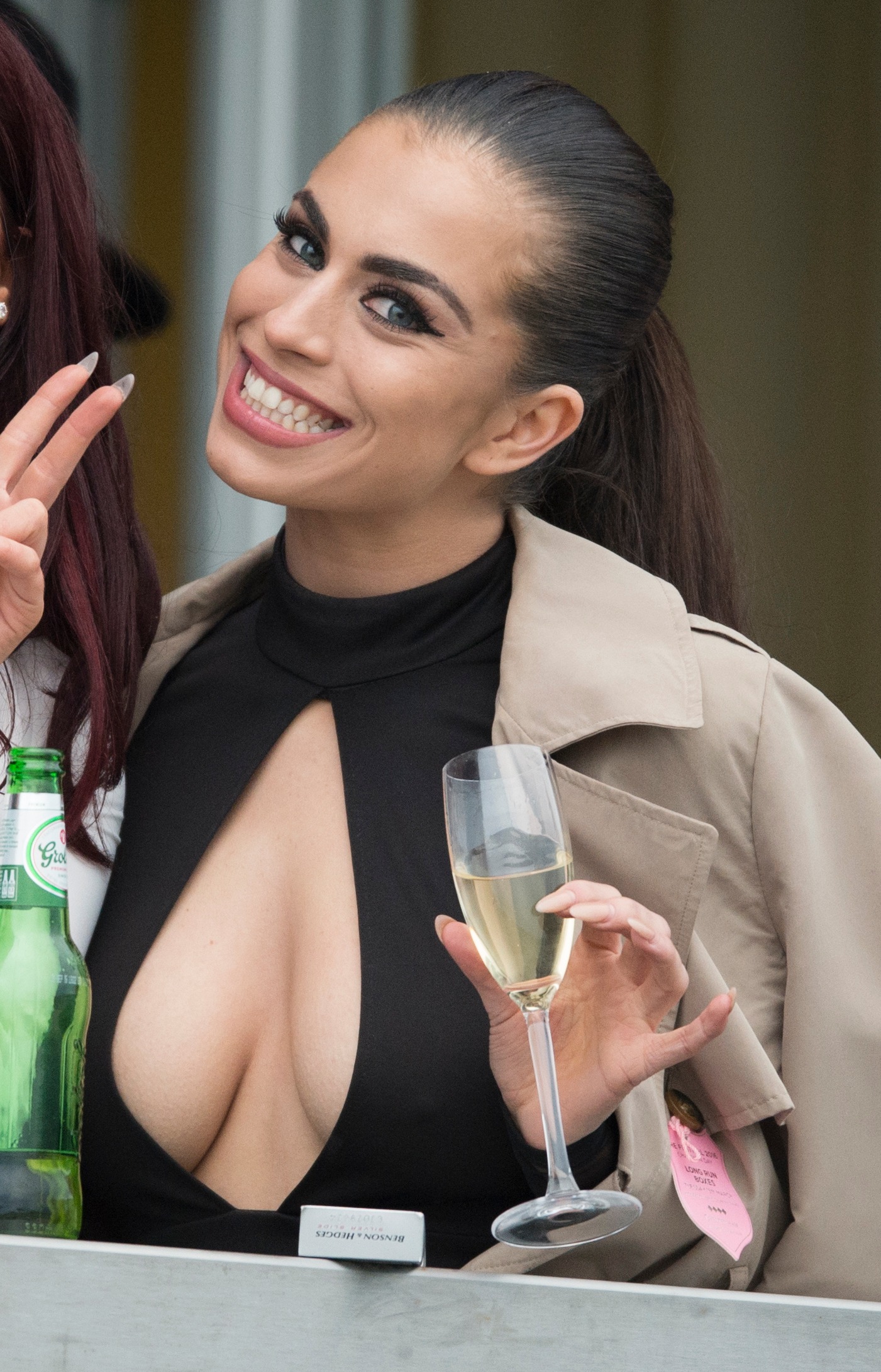 Salmon flashed her boob while watching the racing from a VIP box overlooking the course.

Cheltenham bosses took a dim view of her antics and banned her from all racecourses, only for Katie to return in 2019.

Commenting on her boob flash in 2016, Katie said: "I love how people are making out a nipple is the end of the world. We were drunk, being young girls having fun.

"I apologise if I offended anybody, but really, have you guys not seen a nipple before?"

Footballers banned for urinating on balcony

Samir Carruthers and James Collins were barred from all racecourses after this unsavoury scene in 2016.

Carruthers, who was playing for MK Dons at the time, and Collins, the current Luton striker who was then with Northampton Town, were snapped urinating into a glass and pouring it over the balcony. 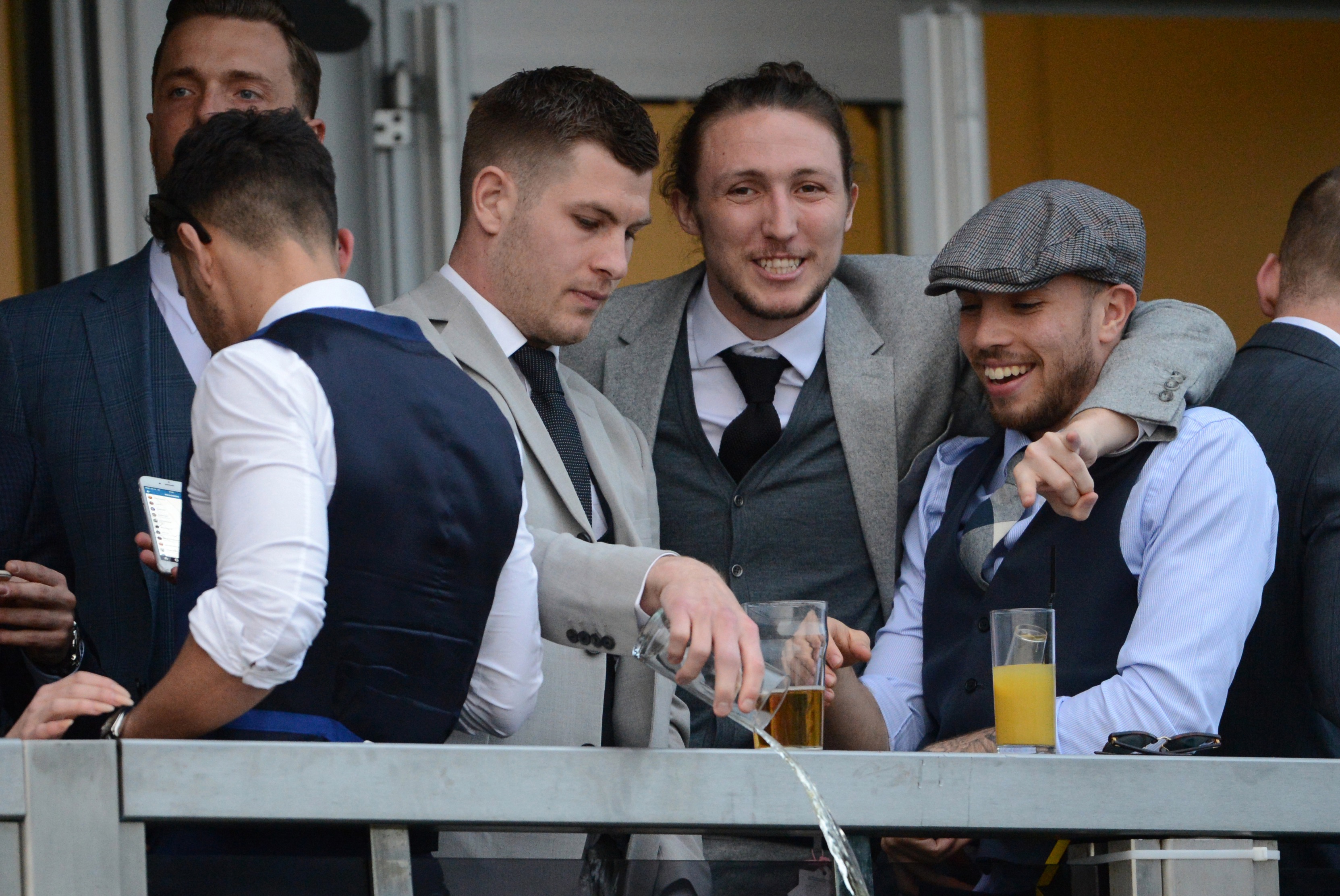 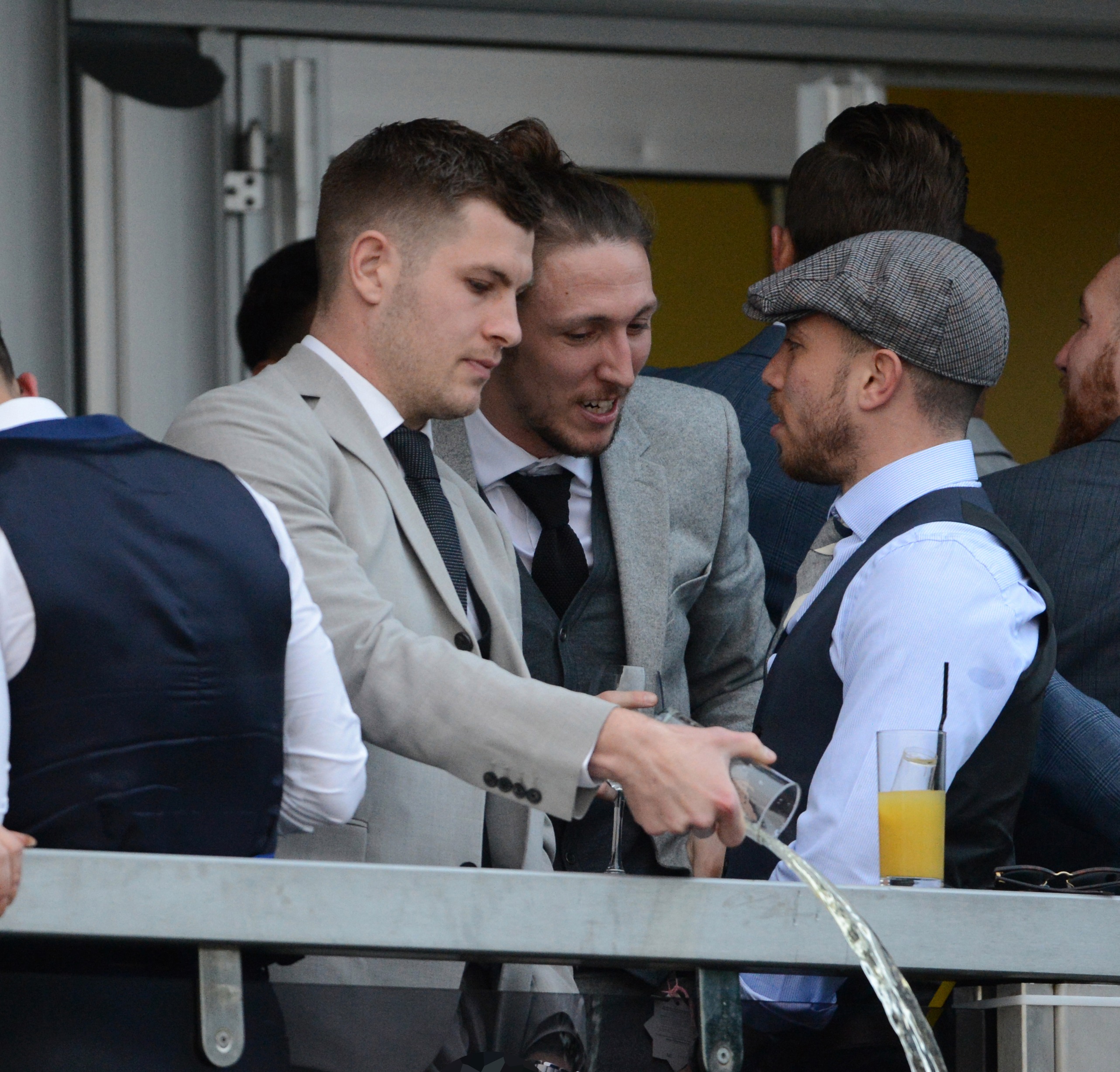 The duo's actions occurred on the same balcony where Salmon flashed her chest.

The pair, previously on the books of Aston Villa, later publicly apologised for what happened.

Both were fined two weeks' wages by their clubs and Gloucester police described the incident as a 'disgusting and thoughtless act'.

Carruthers, who now plays as a midfielder for Hemel Hempstead Town, said at the time: "I’ve let down the whole team, my team-mates, everyone. And I’m really sorry to Cheltenham as well because they let me in and stuff and I obviously embarrassed everyone."

Collins, who was on loan at Shrewsbury Town from Northampton at the time, said: "I have completely let myself, my family, the fans and the two clubs that I represent down, and I am sorry to everyone involved."

New meaning to 'and they're off!'

This streaker stole the show in 2016.

Groundsmen had their work cut out to try to capture the nudist as he galloped in front of stunned spectators on Gold Cup day.

He was eventually caught, arrested and subsequently charged with the offence of outraging public decency. 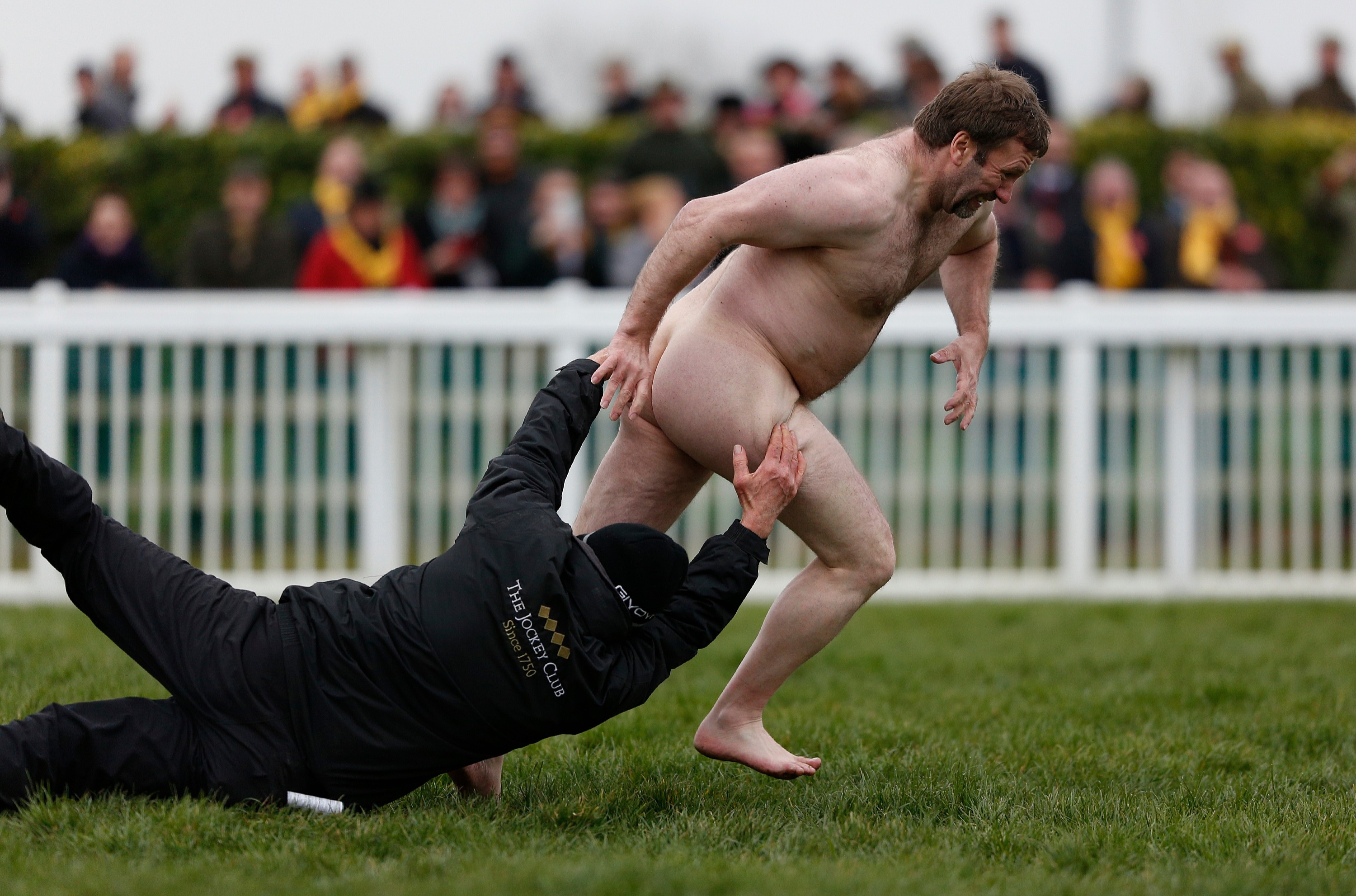 A spokesman for Gloucestershire police said: “He was near the final hurdle while a race was ongoing, however the horses were on a different part of the racecourse. He was not injured or in danger.”

George Flower was almost blinded and needed a metal plate put in his cheekbone after a random attack at the track.

Flower, then 22, believed it may have been a homophobic attack and that he was singled out because of the pink, three-piece suit he had on. 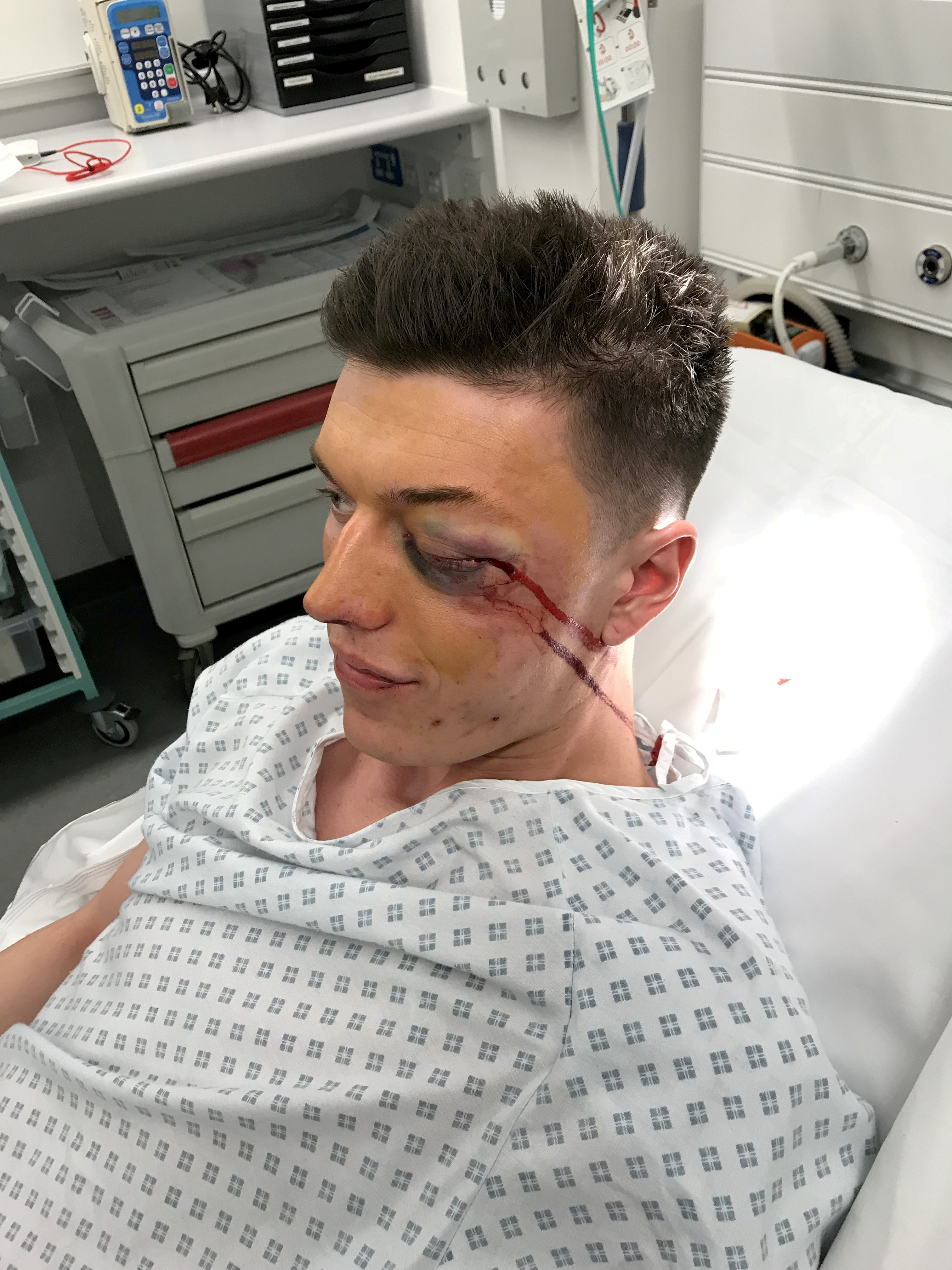 The racegoer bought the £250 suit from Asos.

Flower said medics told him he was lucky not to lose sight in his left eye and pictures of his horrific injury showed the extent of damage done in the 2018 flashpoint.

He had been at the races with about 30 friends when he was punched in the face.

Flower said: "The only thing people have said to me is that maybe it was the pink suit I was wearing.

"Some of my family members said maybe they thought I was gay because I was wearing a pink suit."

What about this year?

Grab your finest tweed and crack open the bubbly – but make sure you do it at home because that is where it looks like everyone will be watching Cheltenham this year.

Don't let that put you off, though, because there will as ever be some amazing racing taking place.

And one name to look out for in particular is 'genius' Irish trainer Willie Mullins.

SunSport took an in-depth look at the man who could turn the Festival into a one-horse race with his army of favourites.