Set in stone! When Christina Ricci gave birth to a baby girl in December 2021, her husband, Mark Hampton, chose the infant’s full name.

“We were gonna call her Cleo and then right before they were preparing me for the C-section, they started talking about how we had to fill out birth certificate stuff, [and] my husband was like, ‘We’ve got to give her a full name, right? And then the nickname is Cleo,’” the Yellowjackets star, 41, recalled during a Thursday, January 13, Ellen DeGeneres Show appearance. “I was sort of like, ‘Whatever, we can talk about this later.’ Then he got so excited that he put it on Instagram.”

The California native joked, “Well, I guess her name is Cleopatra. I just thought it would be Cleo … but he figured it out while I was in recovery. Cleopatra’s good. I mean, it’s a queen’s name.” 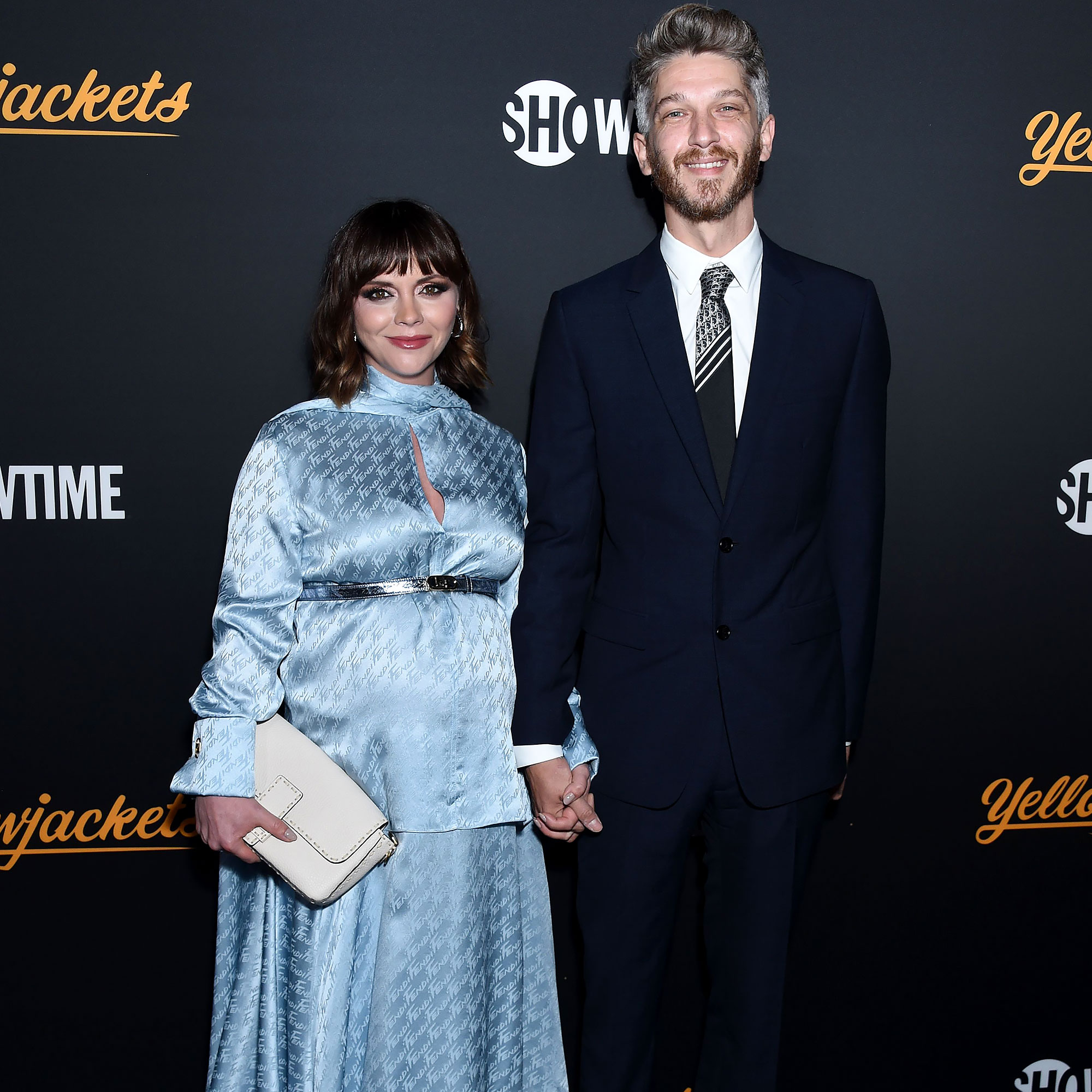 The Casper star is also the mother of son Freddie, 7, with her ex-husband, James Heerdegen. The little one is a “great” older sibling, Ricci said. “He loves being a big brother so much. Kisses her all the time. He does not like the lack of sleep, the chaos that’s going on in the house. He’s being very good.”

Cleopatra has a “pretty consistent” sleeping schedule so far, the actress noted, explaining, “She sleeps for four hours and wakes up for two. … I had Freddie when I was 34, and [the sleep deprivation] is harder when you’re older. I’m 41.”

Ricci announced in August 2021 that she was pregnant with baby No. 2, writing via Instagram: “Life keeps getting better.” The Pan Am alum shared ultrasound photos at the time, going on to debut her baby bump in lingerie via Instagram Stories the following day.

The Golden Globe winner and Hampton tied the knot in October 2021 in Los Angeles. “#justmarried,” the groom captioned an Instagram selfie at the time.

When their baby girl arrived, Ricci called the newborn “baby Cleo” in her social media upload. “We are so in love with her,” the Emmy winner captioned a December 2021 Instagram video. “Also she has the most incredible dad imaginable.”

Hampton commented heart emojis on her post, writing in a post of his own: “My heart has exploded. @riccigrams and baby Cleo are doing fantastic, we’re all resting after such an eventful morning. Welcome to the world baby Cleopatra Ricci Hampton.”