While honoring his late Da 5 Bloods‘s co-star Chadwick Boseman after his four-year private battle with colon cancer, Clarke Peters broke down into tears during a live interview, admitting he could’ve been easier on his co-star while filming Spike Lee’s hit Netflix film.

On Good Morning Britain, the veteran actor shared memories from the set of the film. At the time, the Wire actor wondered if Boseman’s team was doing the most, believing he was receiving super star treatment and that perhaps the Black Panther fanfare had gone to the late star’s head.

“I have to say with a little bit of regret that I probably wasn’t the most altruistic in that environment, but hindsight teaches us a lot of things,” he began.

Peters confessed that when his wife asked for his opinion of Boseman, he said he thought the actor was “a little bit precious.” He explained his assumption by sharing what he told his wife: “He is surrounded by people who are fawning over him, you know. He has a Chinese practitioner, who is massaging his back when he walks off set. He has a make-up lady massaging his feet. His girlfriend is there holding his hand.”

The Harriet star began to cry during the broadcast, upset with himself for thinking that the fame monster got to Boseman. “I regret even having those thoughts because they were really looking after him,” Peters said as his voice cracked. 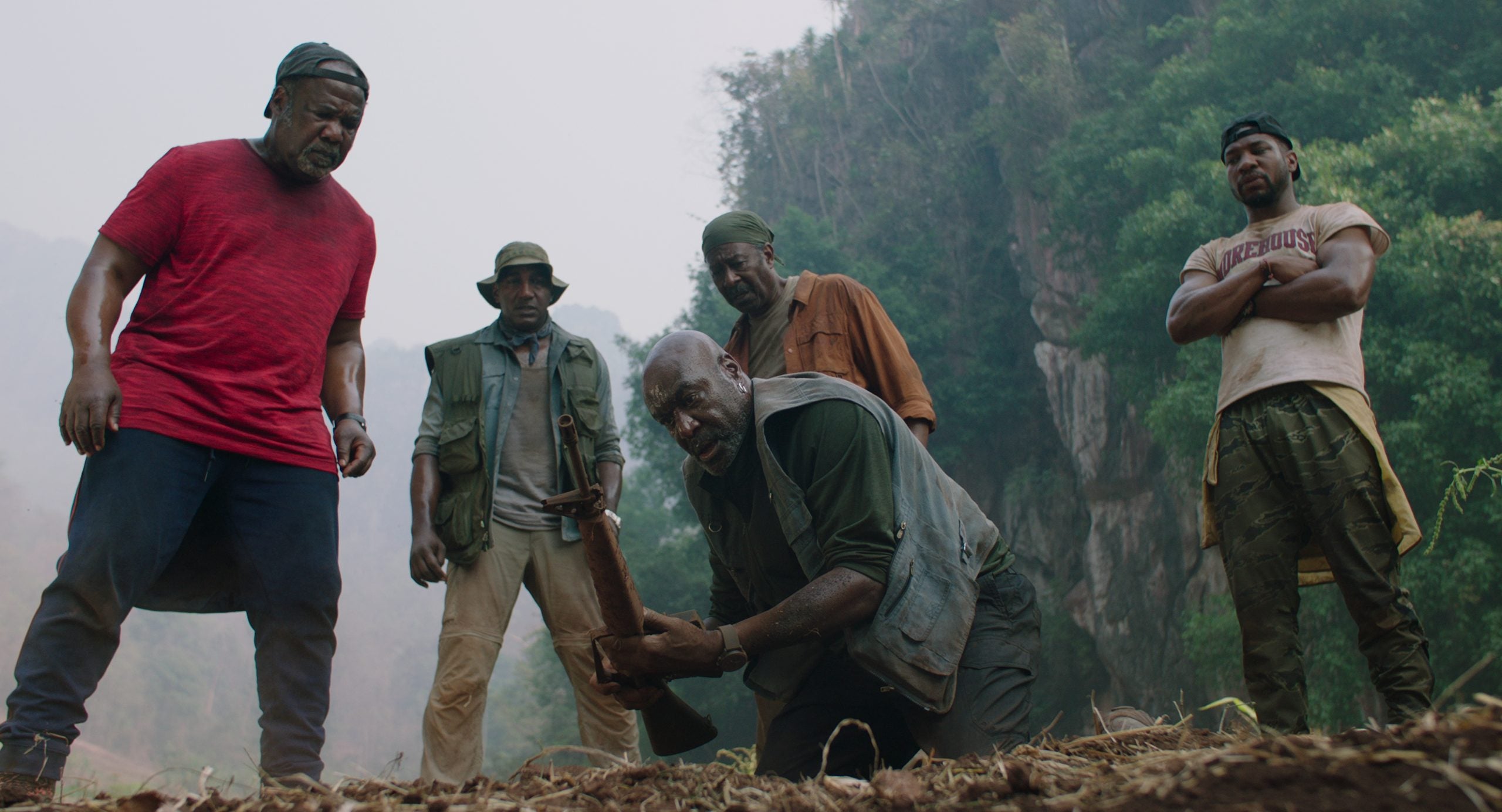 The actors spent days filming in Thailand’s grueling 140-degree weather running with equipment that weighed about 40 pounds on their backs, Peters recalled, but no one knew that Boseman had been battling colon cancer since 2016. Reports says he’d undergone multiple surgeries and chemotherapy since that time.

That cast and crew weren’t the only ones who were clueless about Boseman’s diagnosis. All of his co-stars, including the Black Panther cast and director Ryan Coogler, were unaware.