Classical music DOES help you learn: Students who listen to Beethoven or Chopin during lectures and while they sleep do better in tests, study claims

Listening to classical music during lectures and throughout the night while sleeping may help us perform better in big exams, a new study suggests.

US economics students who listened to Beethoven and Chopin during a lecture and again later in the night performed 18 per cent higher in exams the next day.

This compared with a control group of students who were in the same lecture but slept that night with white noise on in the background.

The study suggests classical music is the key to strengthening existing memories of lectures during sleep and, as a result, doing better in exams.

But this only works if students concentrate on what their tutor is saying during a lecture – and play classical music softly in the background as they do so.

The study differs from the ‘Mozart effect’ – now generally accepted as a myth – that Mozart’s music improves performance in intelligence tests. 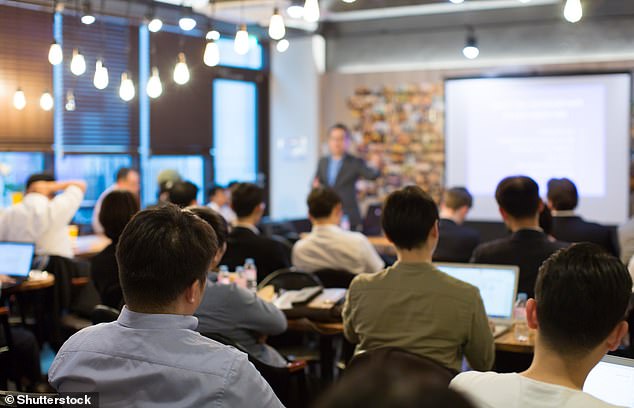 ‘All educators want to teach students how to integrate concepts, not just memorise details, but that’s notoriously difficult to do,’ said Michael K Scullin, director of the Sleep Neuroscience and Cognition Laboratory at Baylor University, Texas.

‘What we found was that by experimentally priming these concepts during sleep, we increased performance on integration questions by 18 per cent on the test the next day.

‘The effects were particularly enhanced in participants who showed heightened frontal lobe activity in the brain during slow wave sleep, which is deep sleep.’

Researchers recruited 50 college students aged between 18 and 33 for a computer learning task during a lecture, during which soft classical music was played.

The genre that researchers ended up picking was deemed very important – jazz and pop probably would have kept participants from entering a deep sleep, they said.

‘We ruled out jazz because it’s too sporadic and would probably cause people to wake,’ said Professor Scullin. 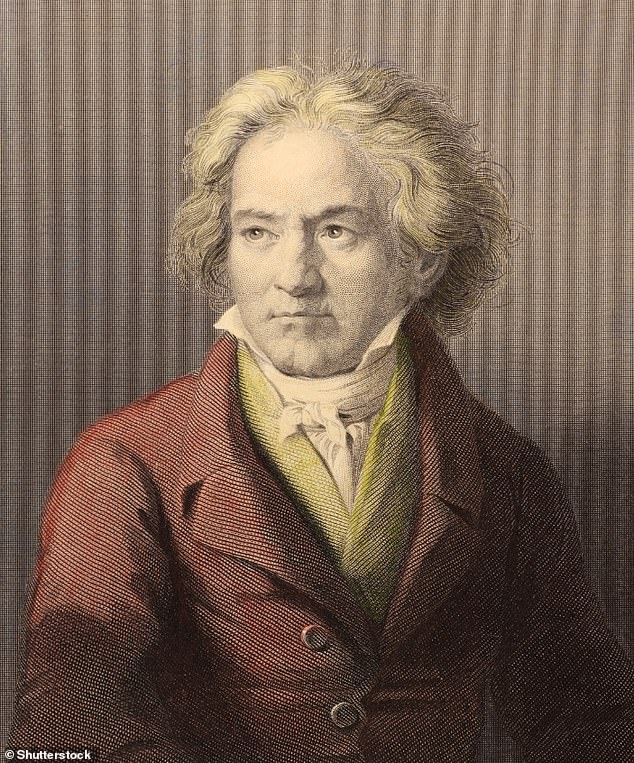 During the lecture, soft background selections were played from a computer, including the first movement of ‘Moonlight’ Piano Sonata by Beethoven (pictured)

Gentle ambient music, such as the sound of ocean waves, were also ruled out as they’re too easy to ignore.

‘You’re going to have a heck of a time forming a strong association between some learning material and a bland song or ambient noise,’ he said.

‘That left us with classical music, which many students already listen to while studying. The songs can be very distinctive and therefore pair well with learning material.’

WHAT IS TARGETED MEMORY REACTIVATION?

Targeted memory reactivation is the technique of re-exposing oneself to previously experienced stimulus during sleep.

This stimulus is generally audio, in the form of certain types of music.

It has been shown that classical music TMR improves next-day performance on STEM learning content.

During sleep, the stimulus can help activate and then reconsolidate memories.

This occurs as the brain moves memories from temporary storage in one part of the brain to more permanent storage in other parts.

TMR has the potential to influence the course of memory formation through application of cues during sleep.

Researchers say TMR techniques could even potentially be used to bridge gender achievement gaps in STEM.

The night following the lecture, researchers used computers to monitor sleep patterns of the participants who listened to the same music again, or a white noise sample.

Participants had electroencephalograms – scalp-shaped nets of electrodes – fixed to their heads to evaluate the electrical activity in the brain.

Once technicians observed a participant was in a deep sleep, they played them either the classical music or the white noise, depending on what group they were in, for about 15 minutes.

‘If we played it during light sleep, the music probably would have awoken participants.’

In the exam the next day, classical music during the night more than doubled the likelihood of passing the test.

The researchers stress that their findings are completely different from the ‘Mozart effect’ – a study from the early 1990s that claimed having students listen to Mozart led to better scores on intelligence tests.

Subsequent tests of the Mozart effect found that it didn’t replicate the original findings, and that boosts in performance were just due to increased arousal when listening to energetic music.

Previous research has found that memories associated with sensory clues – such as an odour – are reactivated when the same cue is received later.

For example, people are transported to the last place they were when they smelt a particular flower, or can remember what they were eating the first time they were watching a TV repeat.

Other early experiments involved playing audio tapes during sleep to test whether individuals can learn new knowledge while they sleep, by playing back information such as their lecturer’s voice. 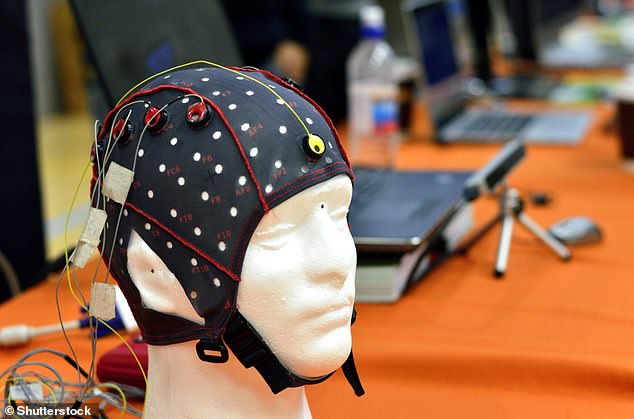 Researchers strapped electroencephalograms (pictured) to the students’ heads. These devices feature electrodes that record the electrical activity in the brain

This technique has been a favourite of generations of students who don’t bother revising until the last minute – but it fails to create new memories.

This study suggests a new technique: Classical music may be the key to performing well – but as long as students are concentrating in lectures in the first place.

‘We think it is possible that there could be long-term benefits of using TMR but that you might have to repeat the music across multiple nights,’ said Professor Scullin.

‘After all, you wouldn’t just study material a single time and then expect to remember it months later for a final exam.

‘The best learning is repeated at spaced-out intervals – and of course, while maintaining good sleep habits.’

Poor sleep is widespread in college students, with around 60 per cent sleeping less than the recommended seven hours on 50 to 65 per cent of nights.

The team say that the next step is to implement this technique in classrooms or online lectures while students complete their education at home due to COVID-19.

The study was published in Neurobiology of Learning and Memory.

WHAT IS THE ‘MOZART EFFECT’?

The Mozart effect is the theory that the music of Austrian composer Wolfgang Amadeus Mozart improves performance on intelligence tests.

The concept was coined by French researcher Alfred A. Tomatisin 1991 who argued that Mozart’s music promoted development of the brain.

Two years later Rauscher et al published their study in Nature on the benefits of his music on spatial reasoning – particularity in children.

After listening to Mozart’s sonata for two pianos for 10 minutes, normal subjects showed significantly better spatial reasoning skills than after periods of listening to relaxation instructions designed to lower blood pressure or silence.

Subsequent tests of the effect found that it either did not replicate or that boosts were strictly due to increased arousal when listening to energetic music.

This new study proposes that classical music does help the brain – albeit the music of Beethoven, Vivaldi and Chopin.

Professor Michael Scullin, director of the Sleep Neuroscience and Cognition Laboratory at Baylor University, Texas, distanced his findings from the Mozart effect, which is now generally considered a myth.