A victim of one of Victoria's most notorious paedophile priests says law firm Slater and Gordon bungled his compensation claim against the Catholic Church, which paid out $75,000 for horrific sexual abuse.

Slater and Gordon has been accused of negligence in documents filed in the Supreme Court, including claims it failed to advise its client of his alternative rights to compensation that could have exceeded $1 million. 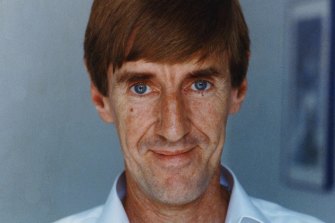 However, a Slater and Gordon spokeswoman said the statement of claim lodged by rival firm Arnold Thomas and Becker was "misconceived and fails to reflect current developments in the law".

Slater and Gordon indicated it would vigorously defend the case, which could have implications for more than 320 victims of clerical abuse, who received about $10 million from the church's compensation scheme set up in 1996 by George Pell.

Known as the Melbourne Response, the Catholic Archdiocese of Melbourne appointed an independent commissioner who investigated allegations of abuse and made a determination based on the evidence.

But compensation payments were capped by the church – first at $50,000, and later lifted to $75,000 – and survivors were required to sign a deed of settlement waiving their right to take civil action.

Victims received an average payout of $36,100, according to church figures provided to the Royal Commission into Institutional Responses to Child Sexual Abuse.

Stephen, who asked for his surname not to be used, was sexually assaulted and raped by disgraced priest Michael Glennon, who was a karate instructor and football coach at St Monica’s Primary School in Moonee Ponds in the mid-1970s.

Glennon died in Ararat Prison in 2014 while serving a 10-year sentence for a string of child sex offences committed between 1973 and 1991, but had previously been incarcerated on four other occasions for clerical abuse.

In 2016, Stephen provided harrowing details of his encounter with Glennon to the church's commissioner after seeking legal representation from Slater and Gordon.

His statement included a graphic account of being raped at a school camp at the age of 12.

"He (Glennon) told me to bend over and hold onto a tree. He then sexually assaulted me. I was crying and screaming in pain and he said to me to be quiet because the other boys don't scream."

Stephen was awarded $75,000 by the Catholic Archdiocese of Melbourne in September 2016 along with an apology from then Melbourne archbishop Denis Hart.

Now 55, Stephen said he had been urged by a managing clerk at Slater and Gordon to pursue compensation under the Melbourne Response, rather than launching civil proceedings against the church.

"I got this feeling they wanted me to go quietly and pushed me into the easier option," he said. "I wanted to make the church pay, I've not had a life and I have nothing."

He lapsed into alcohol and drug addiction after dropping out of St Bernard's College in year 8, and would later spend several stints in prison.

Stephen, who is unemployed and lives in far north Queensland , said he had been re-traumatised by his dealings with the Melbourne Response and felt he had been let down by Slater and Gordon.

"I still don't understand why all these other people have received huge payouts and I got nothing," he said.

Melbourne lawyer Lee Flanagan, from Arnold Thomas and Becker, said Stephen should have been encouraged to bring a common law claim for damages in the Supreme Court of Victoria.

"Our firm is of the view that this claim was more a million-dollar claim rather than a $70,000 one," Mr Flanagan said.

"That could have at least bought him a house to give him some stability for the first time in his life and got the satisfaction that the church had paid for it."

A Slater and Gordon spokeswoman said the firm recognised the legal obstacles that confronted survivors of institutional abuse in recent years.

However, the case filed by Arnold Thomas and Becker did not reflect recent legislative changes, the spokeswoman said.

"A bill currently before the Victorian Parliament closes a further loophole in the current compensation regime for victims of institutional abuse," she said. "This bill bridges remaining gaps between the 2015 reforms and the subsequent 2018 reforms…"

Mr Flanagan conceded that if the legislation was passed, Arnold Thomas Becker would need to apply to the court to have the agreement set aside, which would be difficult.