Harvey Weinstein laments the loss of his legacy

Harvey Weinstein’s extradition to Los Angeles has been delayed as a result of the novel coronavirus pandemic, Variety.com reported Tuesday.

The 68-year-old disgraced movie mogul and convicted rapist is serving 23 years in prison at Wende Correctional Facility, a maximum-security prison in upstate New York. He was supposed to be extradited to the west coast after his  March 11 sentencing, but the process has been stalled as the nation grapples with the effects of the pandemic. 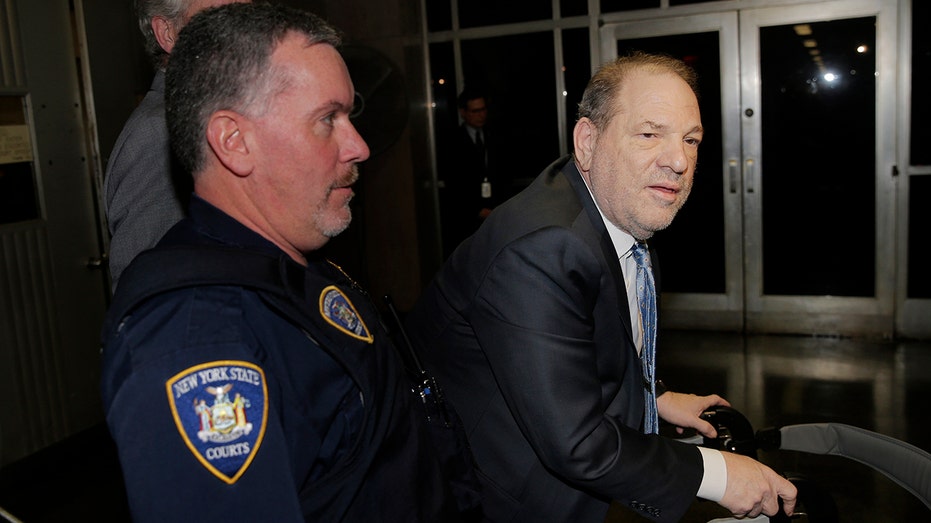 An additional charge was filed over allegations the former movie mogul sexually assaulted a woman at a Beverly Hills hotel in May 2010, the office announced early last month. The woman was initially interviewed by detectives as a corroborating witness but recently provided details showing her alleged assault occurred within the 10-year statute of limitations.

The Los Angeles County District Attorney’s Office has not yet filed extradition papers, according to Variety.com.

“It’s fair to say that the virus has delayed the processing of the extradition paperwork,” spokesperson Greg Risling told the entertainment news website.

JAIL OFFICIALS FEAR WEINSTEIN WILL END UP LIKE JEFFREY EPSTEIN

The former filmmaker, who has a reported history of health issues that caused him to be hospitalized after his sentencing, tested positive for COVID-19 just days after arriving at the prison, which is located near Buffalo.

It is unknown when he will be taken to face the charges in Los Angeles. Meanwhile, attorneys have said they plan to appeal Weinstein’s New York conviction.