Home » Lifestyle » Could Scott Peterson receive a new trial? A look at costs from his 2004 proceedings

Could Scott Peterson receive a new trial? A look at costs from his 2004 proceedings

The cost of a new trial for convicted murderer Scott Peterson – if granted – could be substantial for taxpayers, who already footed the hefty $2.64 million bill from his 2004 court proceedings, according to reports and experts.

Scott Peterson, now 49, was in court with attorneys on Thursday as the defense and prosecution argued for and against awarding him a new trial for the 2002 murders of his wife, Laci Peterson, and their unborn son. After more than five and a half hours, the day's proceedings closed with the judge asking both sides to submit memorandums, if they like, by mid-September. The jurist then has up to 90 days to release her decision.

But her ultimate ruling could be a costly one.

According to reports from early 2005, Peterson’s 2004 trial cost taxpayer $2.64 million, with $1 million alone stemming from the police investigation into the slayings, the Los Angeles Times said, citing the Modesto Bee. 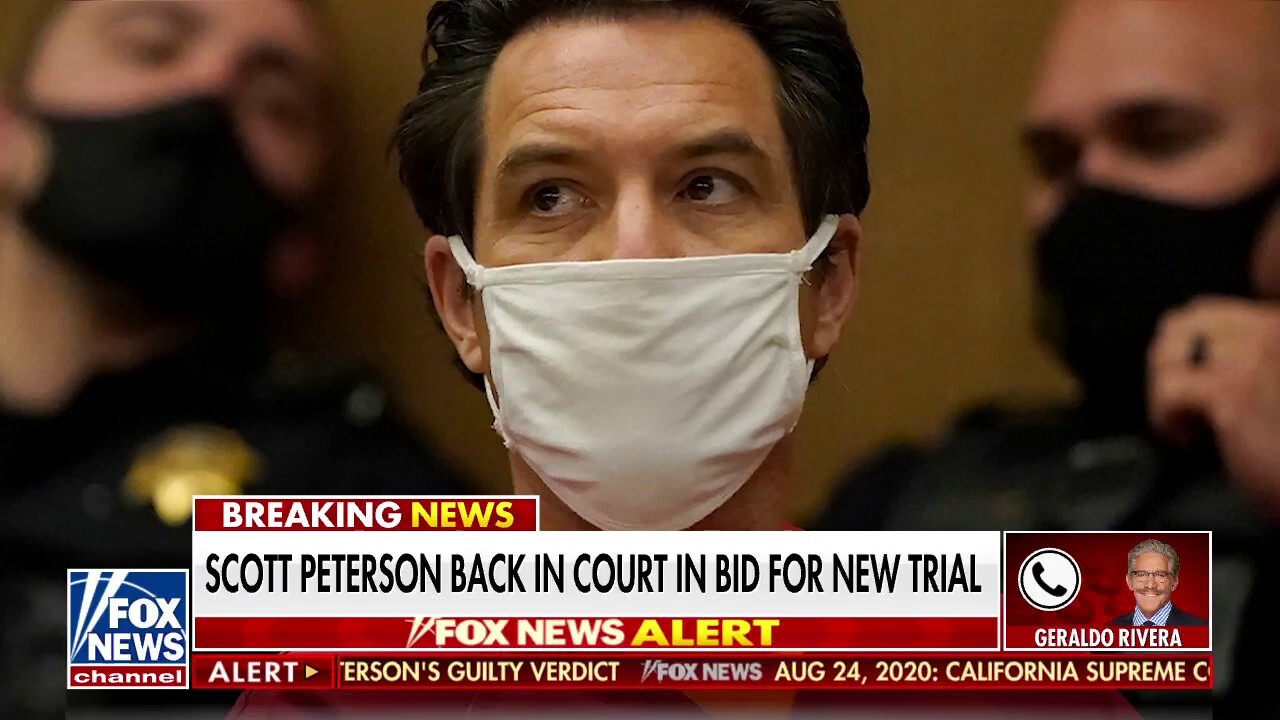 Peterson’s six-month murder trial and three months of jury selection racked up costs of more than $700,000 – about $742,000 – for the San Mateo County Superior Court, The Associated Press and the Times reported.

According to the Times, costs also included $672,507 from the Stanislaus County district attorney’s office, outside of employees’ salaries. The county also reportedly coughed up $229,000 for one of Peterson’s defense witnesses after Peterson said he couldn’t afford it.

There is a lot that will have to go into a trial of that nature.

Peterson was convicted on Nov. 12, 2004 and was later sentenced to death. But after a series of major developments over the past several months, his fate has changed – and could be altered further in the coming weeks.

LACI PETERSON DISAPPEARED 19 YEARS AGO: THE TRAGIC CASE THAT SENT FAMILY, PUBLIC ON CRUSADE FOR JUSTICE 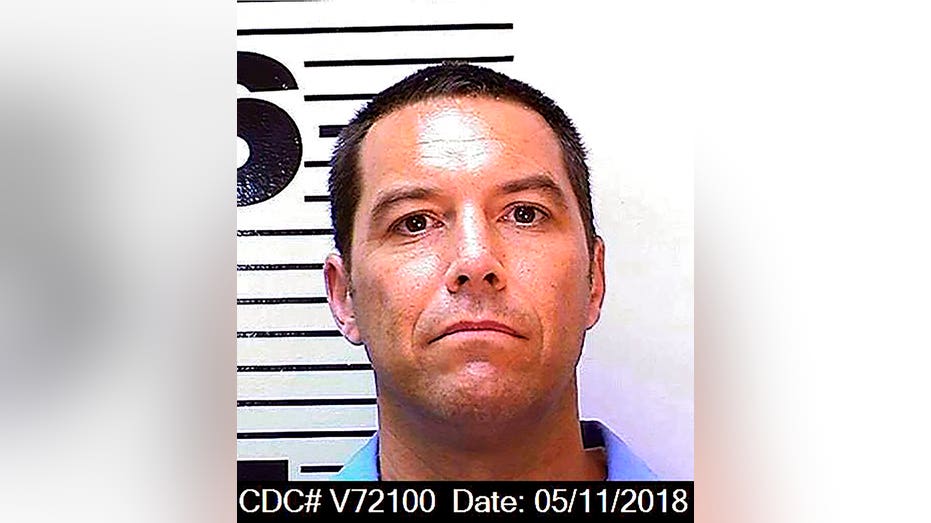 Nice was an alternate juror who joined the jury deliberations after two original jurors were removed. The panel ultimately found Peterson guilty of first-degree murder in the death of his wife and the second-degree murder of their unborn son. He was sentenced to death in 2005.

Peterson’s attorneys contend, among other things, that Nice sought to be on the jury because she wanted notoriety and for financial reasons. They have also argued that she lied about her lack of bias to get on the jury, and lied again in a sworn declaration in 2020. 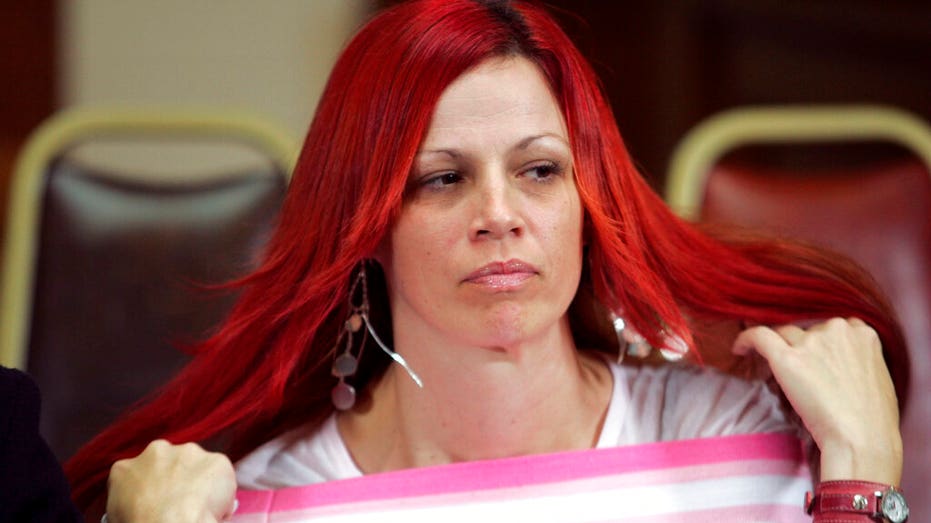 Richelle Nice adjusts her hair as members of the jury speak with the media in the Old San Mateo County Courthouse in Redwood City, California, on Dec. 13, 2004. (AP Photo/Lou Dematteis, File / Associated Press)

Nice allegedly failed to disclose during jury selection that she sought a restraining order while pregnant in 2000, saying she "really fears for her unborn child" because of threats from her boyfriend’s ex-girlfriend.

She said in her sworn declaration 20 years later that she didn’t "feel ‘victimized’ the way the law might define that term."

And a former fellow juror testified in March that Nice walked into the jury room during deliberations in 2004 and blurted out "that he should basically pay for killing ‘little man.’" 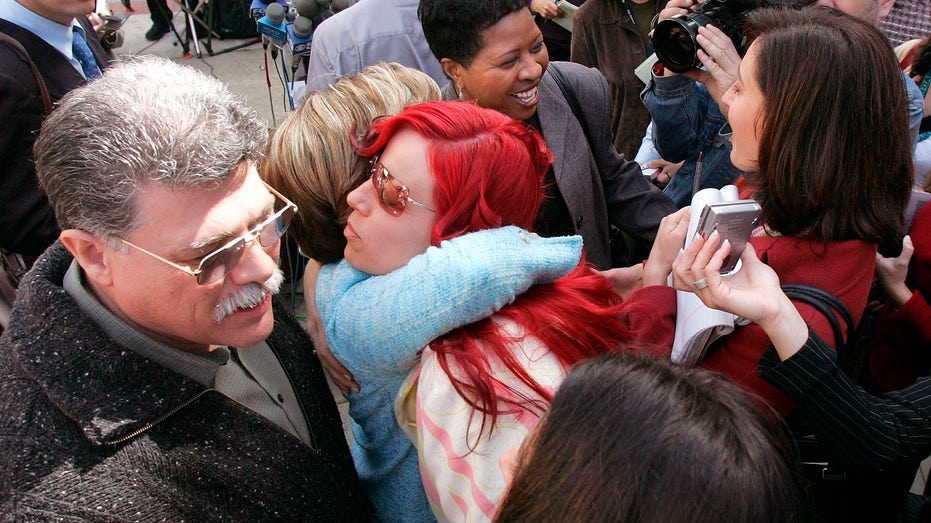 Nice testified earlier that she held no bias against Peterson until after she heard the evidence that he dumped his wife’s body into San Francisco Bay on Christmas Eve 2002.

Ted Williams, a renowned attorney and former homicide detective, told Fox News Digital on Thursday he expected that the costs in this case "could be overwhelming." 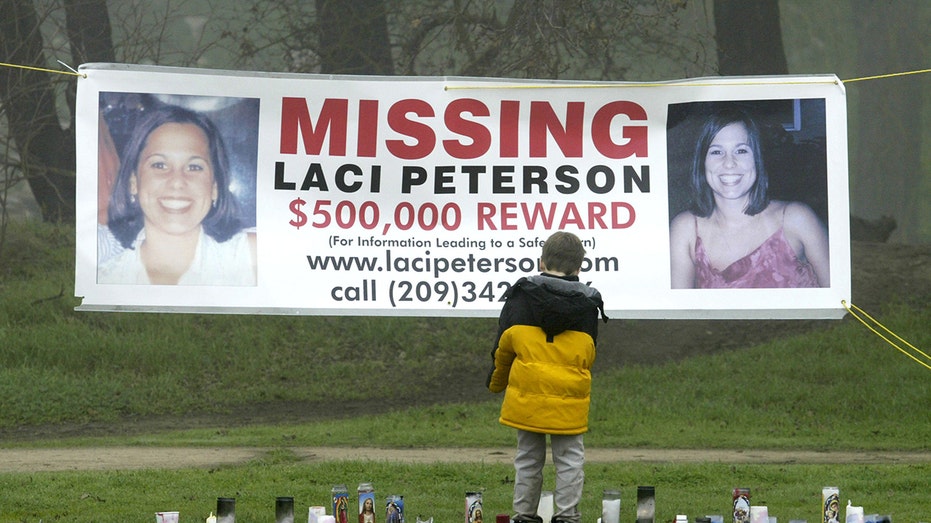 A young child stops to look at a makeshift memorial and a missing person’s banner offering a $500,000 reward for the safe return of Laci Peterson at East La Loma Park in Modesto, California, on Jan. 4, 2003. (Justin Sullivan/Getty Images / Getty Images)

He added: "There is a lot that will have to go into a trial of that nature. And it could be a very, very expensive trial."

In court on Thursday, Judge Massullo argued that Peterson’s attorneys at the time could have asked follow-up questions to clarify some of Nice’s responses. She noted that there were several inconsistencies in the prospective juror questionnaire in the original trial.

During his arguments to the court, Peterson attorney Cliff Gardner said Nice contradicted herself in multiple statements, and later changed her answers to certain questions regarding her personal experiences and feelings. He argued she was inconsistent and uncooperative. 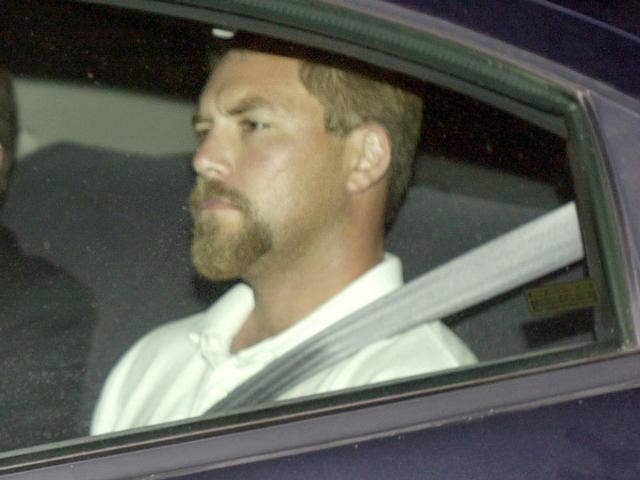 Ted Williams on Ohio FBI office threat: America must be careful how we ‘denigrate’ the FBI

Gardner also said Nice responded "no" to a question asking whether she could base her decision entirely on the evidence produced in court and not from outside or pre-existing opinions or attitudes. Peterson's attorney at the time, who is no longer involved with the case, did not follow up on this answer.

Nice then took steps to contact Peterson after convicting him, Gardner said.

"She gave Conner a nickname, called him ‘Little Man,’" he told the court. "She took the extraordinary step after conviction and after having put Mr. Peterson on death row, [of] beginning correspondence with a series of letters. And the court has seen the letters and the letters. Each of them has various focuses, but one of the focuses of every letter is his "Little man.'"

Laura Ingle takes a look back at the murder case that captivated the country.

Meanwhile, David Harris with the Stanislaus County District Attorney's Office told the court that Nice, when asked why she considered herself a "fair person," responded: "I know what it's like to be judged."

The 23-page questionnaire had 163 questions, and "she did the best that she could," Harris said.

Harris said there was no doubt that Nice made mistakes, but that did not make her a liar. 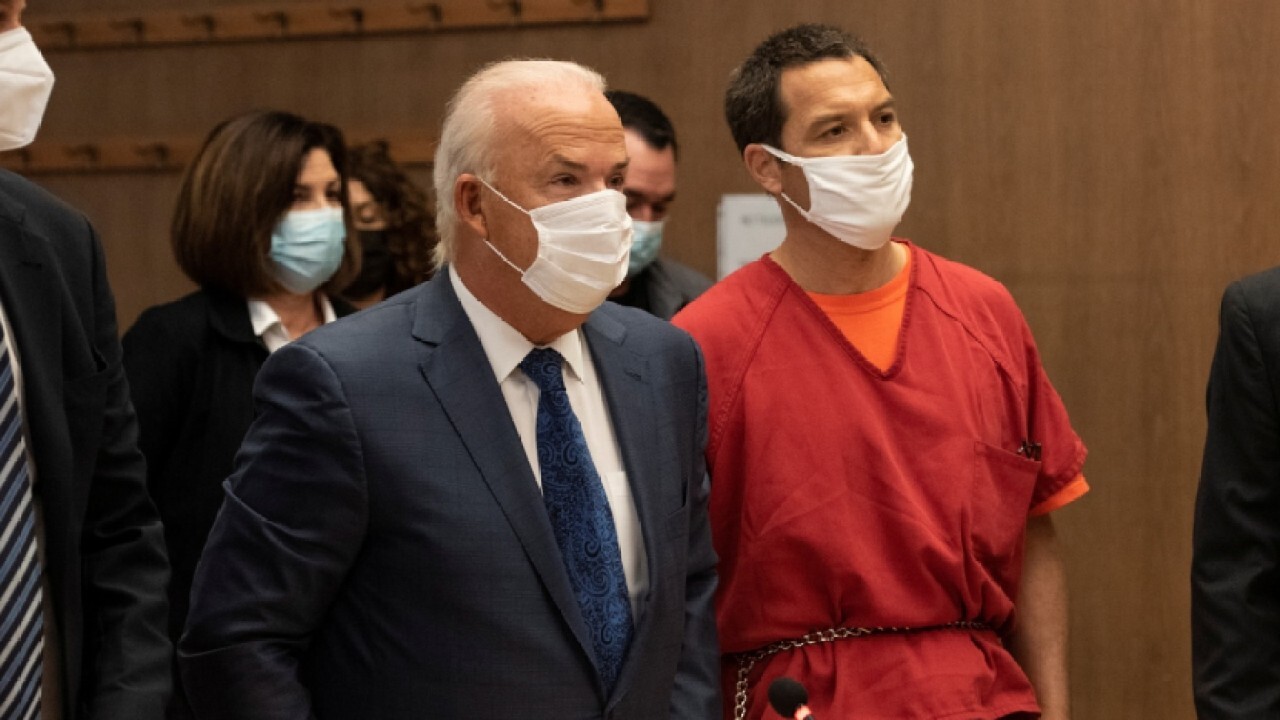 Laura Ingle reports on the Scott Peterson case, a California man convicted of murdering his pregnant wife and unborn son, on ‘America Reports’

"She's inconsistent on her answers," he told the court. "But being wrong does not necessarily make it false or make her a liar. It just might be that she's really bad at filling out forms."

Harris later added: "Nice showed sometimes that she could be a little bit confused about things."

The prosecutor also argued that Nice was not lying when she responded "no" to the original trial's juror questionnaire about being involved in any lawsuits. A layperson, he said, might misuse or misunderstand legal terminology. 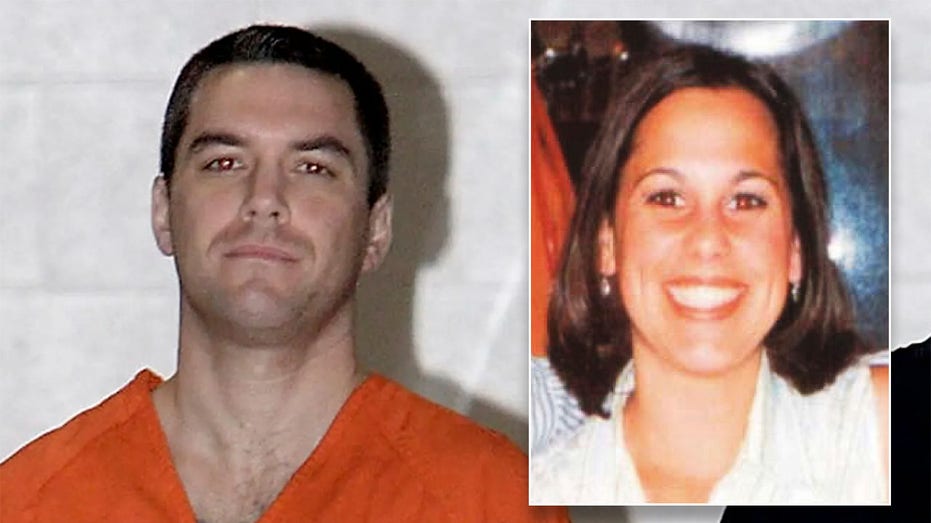 Peterson's attorneys, however, disputed Harris' claims by presenting a transcript of Nice acknowledging that what she had filed was a lawsuit.

Harris further pointed to the evidence police had garnered against Peterson during the course of his investigation into Laci's and Conner's deaths.

"From the simple fact that Laci and Conner, whose bodies washed ashore 90 miles from their home, but within sight of where Peterson admitted he went fishing on the day that they disappeared; to the research Peterson did on bay currents in the weeks preceding her disappearance; and the fishing boat he bought, but mentioned [to] no one; to Peterson's inability to explain what he was fishing for in the middle of the day; to his repeated subsequent, serendipitous trips to the marina in the weeks after her disappearance; to the many steps he took in the weeks after she went missing – selling her car, exploring sale of the house, turning the nursery into a storage room – that indicated that he already knew Laci and Conner were never coming back," Harris said.