Home » Lifestyle » Criminologist reveals how Dennis Nilsen would 'toy' with him

Criminologist reveals how Dennis Nilsen would 'toy' with him

A criminologist and former prison governor has revealed how ‘homosexual’ serial killer Dennis Nilsen would ‘toy with him’ during interviews because he ‘fancied him’.

Nilson, known as the Muswell Hill Murderer, died at the age of 74 last year at HMP Full Sutton last May, 34 years into his life sentence for carrying out a murderous spree in the late 1970s and early 1980s.

One of the nation’s most notorious murderers, Nilsen is believed to have killed as many as 15 gay men, most of them homeless, at his home in Muswell Hill, north London.

David Wilson, 62, who is a professor of Criminology at Birmingham City University, had started working as assistant governor under training at Wormwood Scrubs after finishing his PhD, and met the killer after being transferred from HM Prison Brixton.

Appearing on This Morning today, he told how Nilsen was ‘absolutely gay’ and once asked him ‘Do you have to go?’, the same words he said to his victims before killing them. 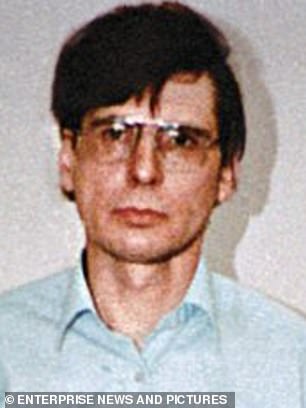 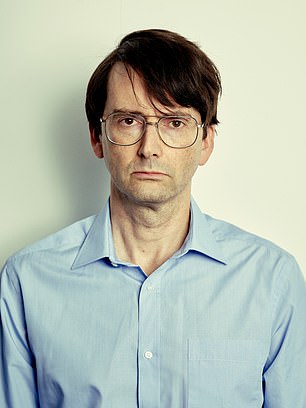 The crimes of one of the nation’s most notorious murderers Dennis Nilsen (left) are set to be depicted in Des, a chilling new three-part drama from ITV and the killer will be portrayed by Broadchurch and Doctor Who star David Tennant (right) 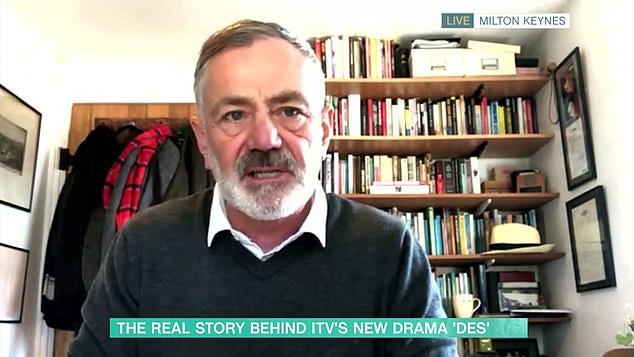 Criminologist and former prison governor David Wilson, 62, (pictured) has revealed on This Morning how ‘homosexual’ serial killer Dennis Nilsen would ‘toy with him’ during interviews because he ‘fancied him’

‘I was literally 23-years-old when he first met me,’ said David. ‘I was a doctor of philosophy and I think I was in the same age group as his victims.

‘At a later date, I interviewed Nilsen about another matter and after the interview, he leaned over the desk and touched my hand and said “Do you have to go?”. He knew that I knew those were the words he said to his victims.

‘He was absolutely gay and homophobia is the constant to understand the significance of these crimes, and the failure of the police to catch this type of perpetrator.’ 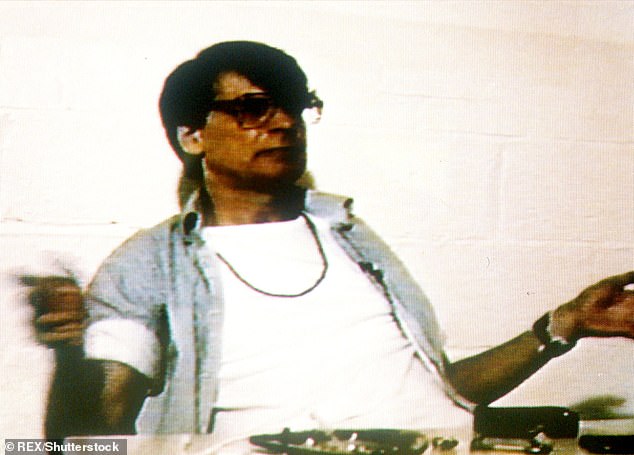 Nilsen is believed to have killed as many as 15 gay men, most of them homeless, at his home in Muswell Hill, north London, he is pictured during a TV interview in 1993 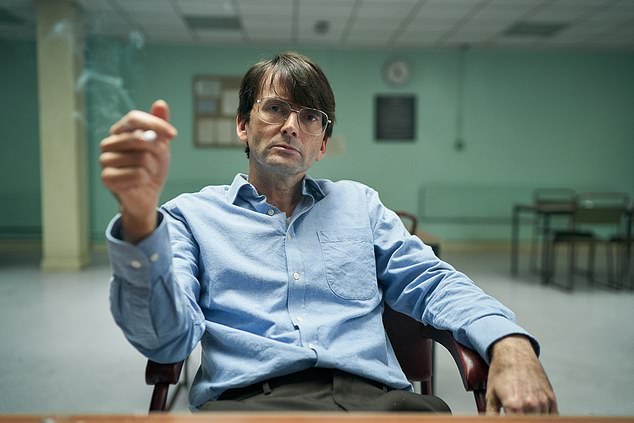 David told that the ‘narcissistic’ killer would have ‘loved’ that the Scottish-born actor, pictured in the new ITV drama,  was playing him, and that the murdered liked ‘power and control’

Denis’ crimes are to be portrayed in Des, a chilling new three-part drama from ITV and the killer will be portrayed by Broadchurch and Doctor Who star David Tennant.

David told that the ‘narcissistic’ killer would have ‘loved’ that the Scottish-born actor was playing him in a drama, and that the murderer liked ‘power and control’.

‘He would love it,’ said David. ‘He would love that David Tenant was playing him. He was a narcissist, he likes power, he likes control. He liked to take the lives of a number of young men who were also gay.’

During his killing spree, Nilsen would befriend his subjects in pubs and bars in London before luring them into his flat, where he would murder them and sit with their corpses before dismembering them.

His crimes were discovered when a drain outside his home on Cranley Gardens, Muswell Hill, became blocked by human remains that he had tried to flush away. 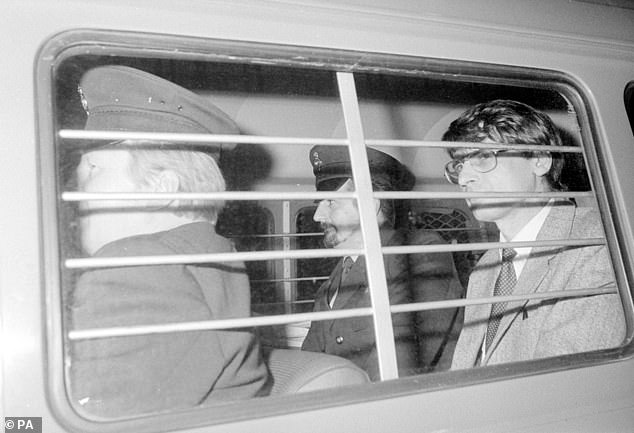 Dennis Nilsen (right), with a prison warden at his side, after he was sentenced to a minimum of 25 years imprisonment after being convicted of six murders and two attempted murders at the Old Bailey

Nilsen was jailed for life with a recommendation he serve a minimum of 25 years in 1983, on six counts of murder and two of attempted murder. The sentence was later upgraded to a whole-life tariff.

‘He would bring a mirror into the bedroom and prop the mirror up so he could see himself and the dead young man at the same time,’ said David.

‘That is the level of his narcissism and the power and control he had over that young man.’

Despite his crimes,  the criminologist says that there was ‘no evidence’ of mental health issues in Nilsen, adding that the killer seems like a ‘a weedy geography teacher’ when you meet him.

‘He was completely sane,’ he said. ‘There was no evidence of mental illness, he was interested in power and control and the ultimate form of expressing that was through taking other people’s lives.’ 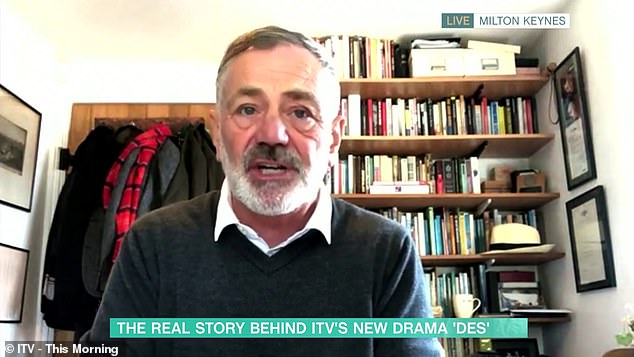 Despite his crimes, the criminologist says that there was ‘no evidence’ of mental health issues in Nilsen 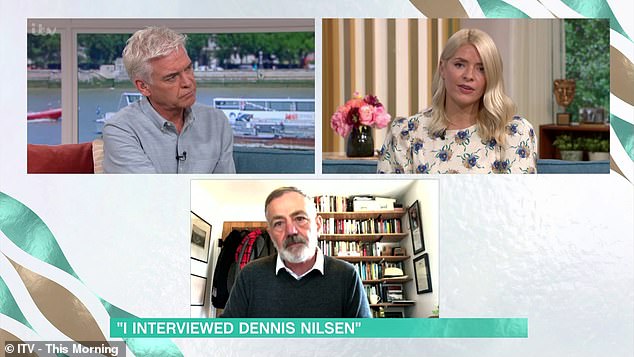 He added later: ‘Everybody wants to imagine serial killers are like Hannibal Lecter. Nilsen wasn’t an extraordinary man.

‘Nilsen was ordinary and when he left my office, I remember saying: “He looks like a weedy geography teacher who would struggle to control his GSCE class”. So there was this massive disconnect between him and the crimes he was convicted of.’

In 1979, Nilsen attempted to murder a student from Hong Kong named Andrew Ho, who he had met in a St Martin’s Lane pub and lured to his flat on the promise of sex.

Nilsen had attempted to strangle Ho, but the student managed to flee from his flat and reported the incident to police – but no action was taken.

Speaking of why it took to long to catch the killer, David explained: ‘The simple answer to that question is homophobia.

‘The reason he was able to escape for as long as he did was because of the homophobia that existed within our police and culture.

‘We have to remember that two young men escaped when he had tried to kill them, one ran out of his flat and called 999. The police where on the scene within minutes and then as soon as they thought this was about a gay relationship, they didn’t want to know anything about anything being reported.’