CRISTIANO RONALDO set a bad example for his Juventus teammates when escaping Italy's coronavirus outbreak to "take pictures by the pool" in Portugal, says one former club boss.

Giovanni Cobolli Gigli took charge of the Serie A giants as chairman following the Calciopoli scandal in 2006 and feels the club have not handled the pandemic well. 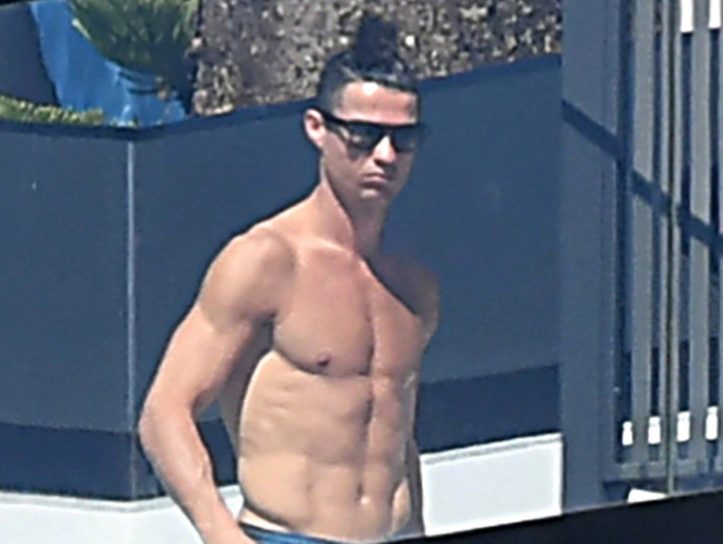 Italy has been ravaged by the outbreak, with over 7,500 people dead and close to 75,000 infected.

Ronaldo is now in his native Madeira, while three Juventus players, Paulo Dybala, Daniele Rugani and Blaise Matuidi, have tested positive for the illness and others including Gonzalo Higuain have left the country.

And Gigli feels Ronaldo is giving a bad impression of himself, rebuking the winger for living a life of luxury during the pandemic.

"He said he was going to Portugal because of his mother, but now he only appears to be taking pictures by the pool.

"When the exception was made for him, things fell apart and others wanted to leave – but it shouldn't have been like this.

"They all should have been quarantined."

Ronaldo initially travelled to his hometown to be with his mother after she suffered a stroke at the start of the month.

He returned to Turin for Juventus' win over Inter Milan, a game played behind closed doors, before heading back to Madeira and the 35-year-old recently pledged his own money to build intensive care units in Portuguese hospitals.

There are concerns that players who have left Italy will struggle once coronavirus is under control in that country, as they will likely need to be quarantined upon their return.

Gigli added: "Criticising now is easy but from the outside I don't know why players wanted to leave Italy.

"When they return it'll be more difficult to get back in shape because they'll have to stay in quarantine for 14 days."