KYLIAN MBAPPE paid tribute to his "idol" Cristiano Ronaldo after going head to head with the Portugal superstar.

A drab 0-0 draw in the Nations League on Sunday night featured a touching moment between the pair.

Mbappe and Ronaldo shared a conversation on the halfway line, smiling and joking with each other before the Juventus ace shot his counterpart a thumbs-up.

Fans watching the game loved the camaraderie between the two world-class forwards.

And many hope to see Mbappe, 21, become a leading light of his generation much in the same way Ronaldo, 35, has led his.

After the game, the Paris Saint-Germain attacker tweeted pictures of himself with Ronaldo on the pitch.

He captioned the shot: "Idol."

And two emojis hammered home Mbappe's admiration for the five-time Ballon d'Or winner – a crown and a goat.

Many took this as the latest indication that Ronaldo is widely seen as the greatest player of all time, ahead of Lionel Messi, Pele and Diego Maradona.

It was just the latest reminder of Mbappe's love for Ronaldo, the pair having met some years ago while the latter played for Real Madrid. 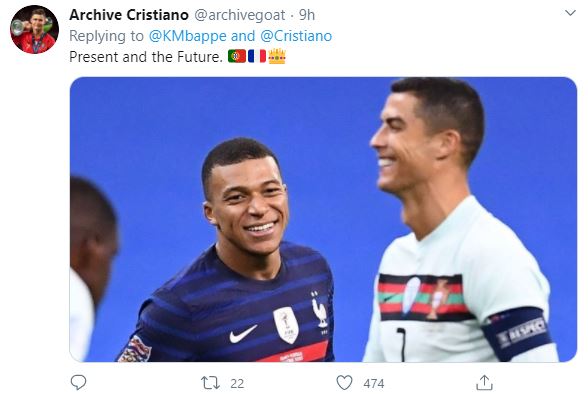 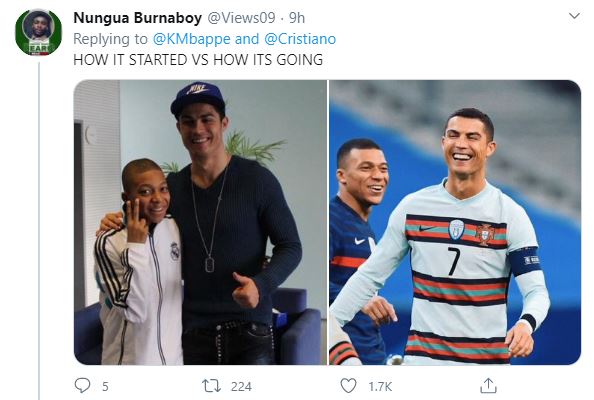 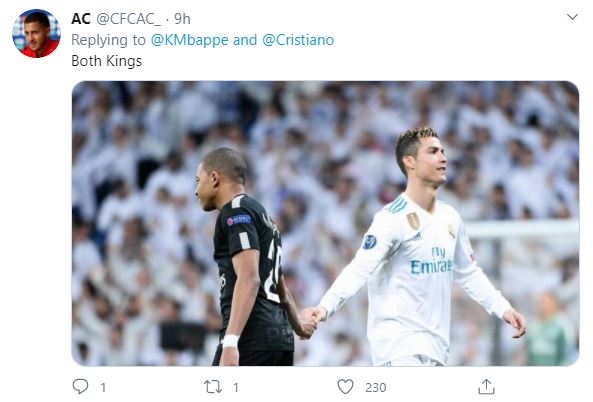 In 2017, the Frenchman told Marca: "He is a hero from my childhood and it was amazing to meet him when I visited Valdebebas."

On Sunday night, it was Ronaldo who looked more likely to end the Parisian stalemate.

An early sighting of goal was blocked by Lucas Hernandez before Hugo Lloris palmed away a second-half drive.

Mbappe found Rui Patricio in the way when attempting to chip home from a narrow angle, with the point leaving Portugal and France level atop Group 3. 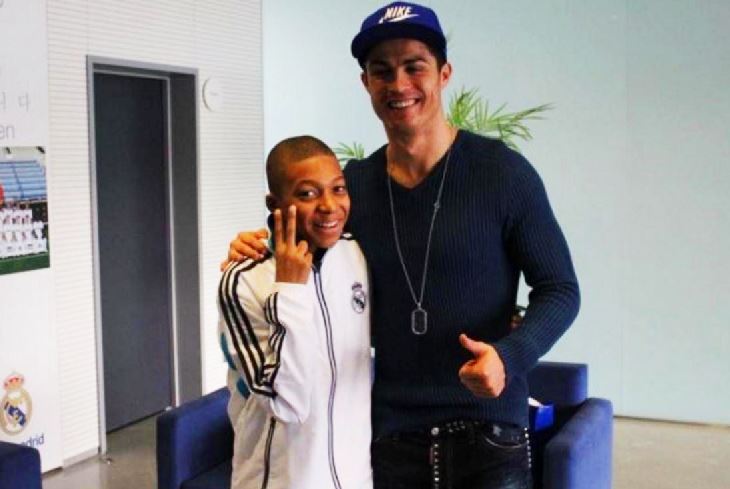