The Portuguese star, 35, has never been shy of trying out a new look. 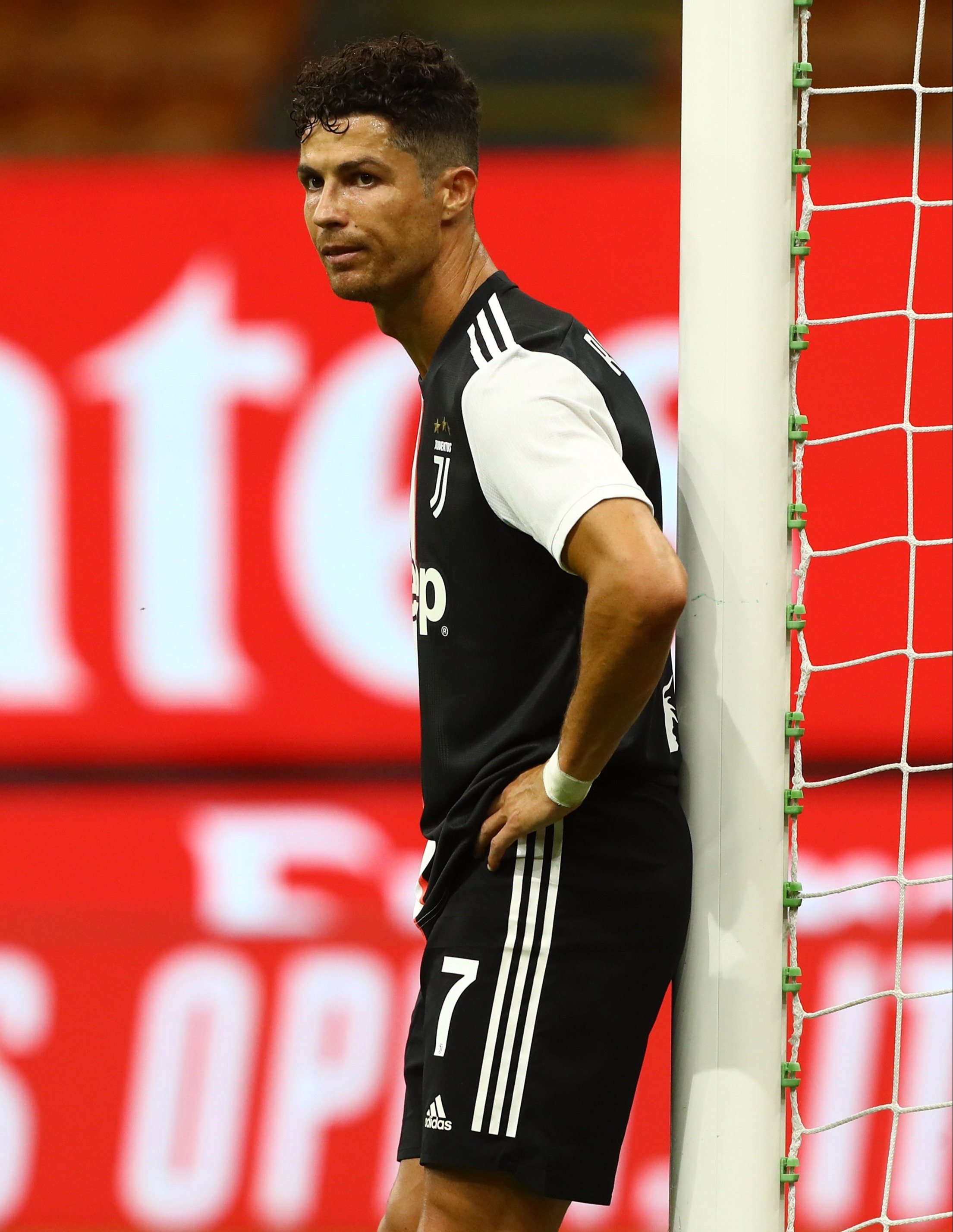 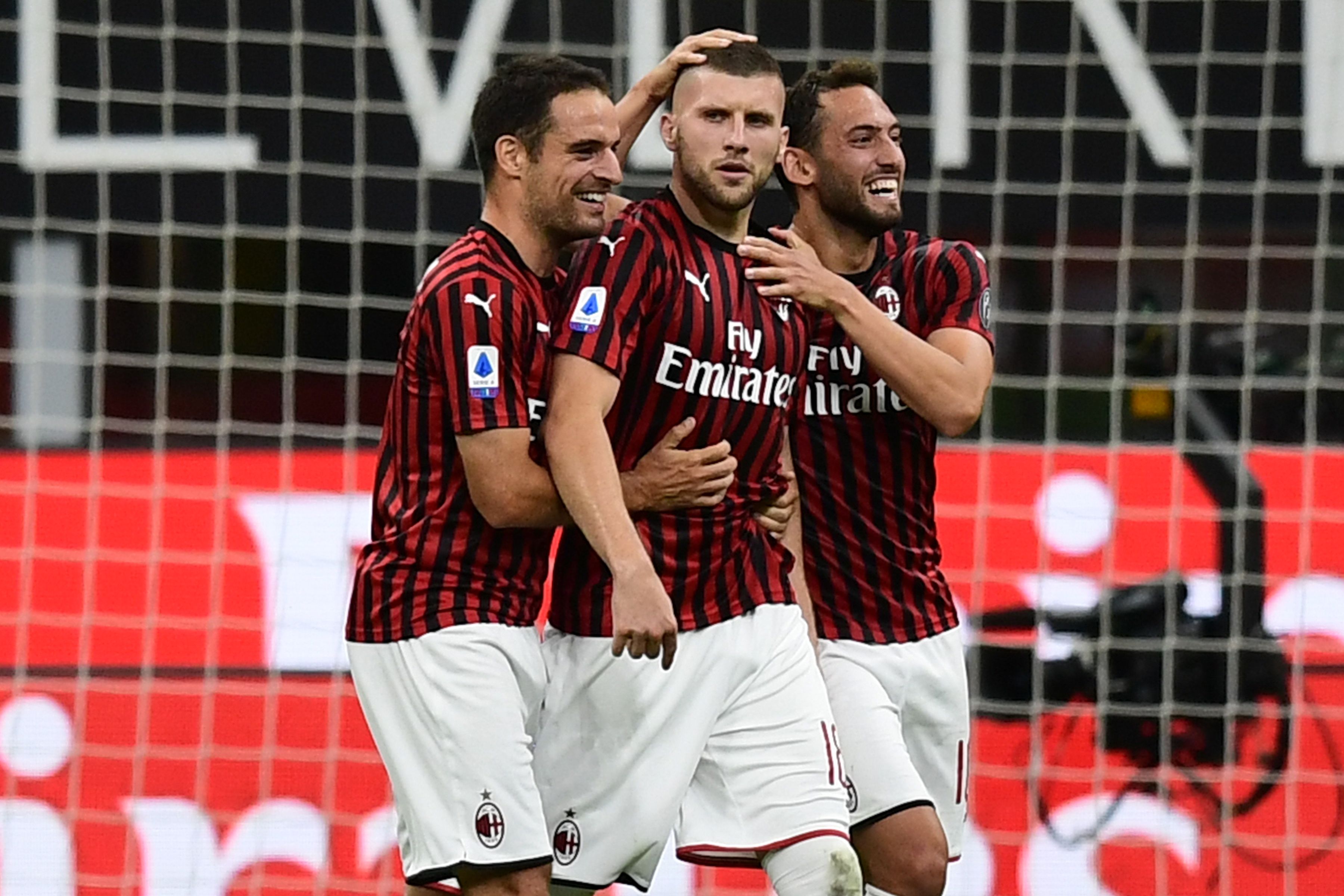 And he chopped off the pony tail he'd sported since December while showing off a clean new do.

But despite the fresh trim, Ronaldo could not inspire his Juventus side to a crucial three points in their pursuit of the Serie A title as Zlatan Ibrahimovic inspired a comeback 4-2 win.

That is despite Juventus leading 2-0 with less than 30 minutes to play.

After a goalless first half, Adrien Rabiot opened the scoring with a sensational solo effort.

The Frenchman picked the ball up in his own half and drove at the Milan defence before unleashing a fine strike into the top corner.

That looked as though it would be enough for the reigning champions to secure a big three points.

But then came the AC Milan comeback.

Ibrahimovic started it with a penalty on 62 minutes.

Four minutes later, Franck Kessie equalised and in the 67th, Rafael Leao squeezed one in at the near post to put the hosts in front for the first time in a bonkers turnaround.

Ante Rebic completed the scoring with ten minutes remaining after punishing a woeful pass across the penalty box by Alex Sandro.

Despite the defeat, Juve, on 75 points, stayed seven clear with seven matches to play after second-placed Lazio earlier lost 2-1 at lowly Lecce.

Milan climbed to fifth with 49 points although they are still 14 points adrift of the top four.

Earlier on Tuesday, Ronado had gushed over partner Georgina Rodriguez on social media.

The Juve ace called her "the most beautiful woman on earth" after she posted a bikini shot from a £30,000-a-week yacht.

Coming just days after Georgina showed off a new diamond ring on Instagram, Ronaldo heightened speculation of an upcoming engagement with his latest public expression of his feelings. 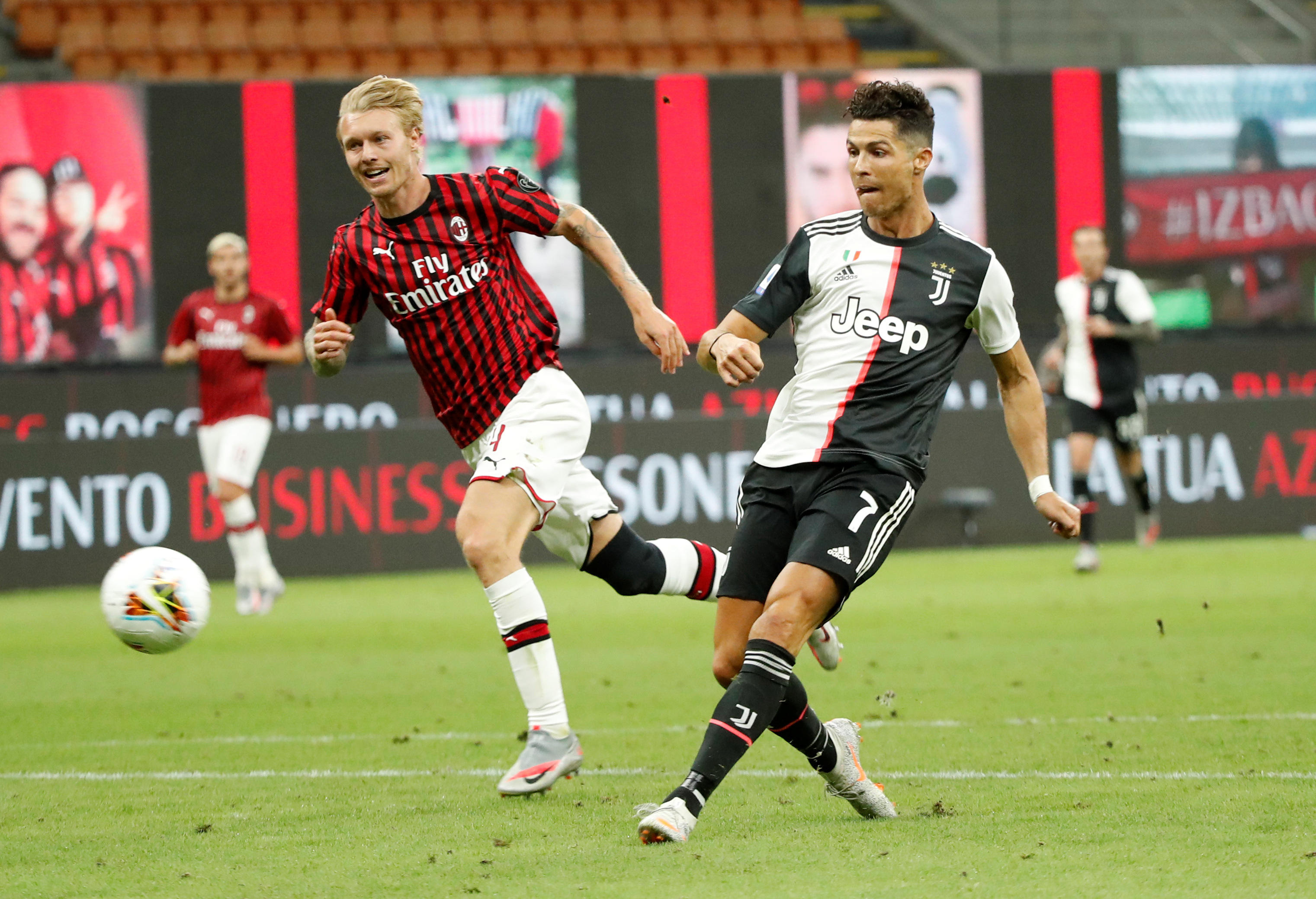 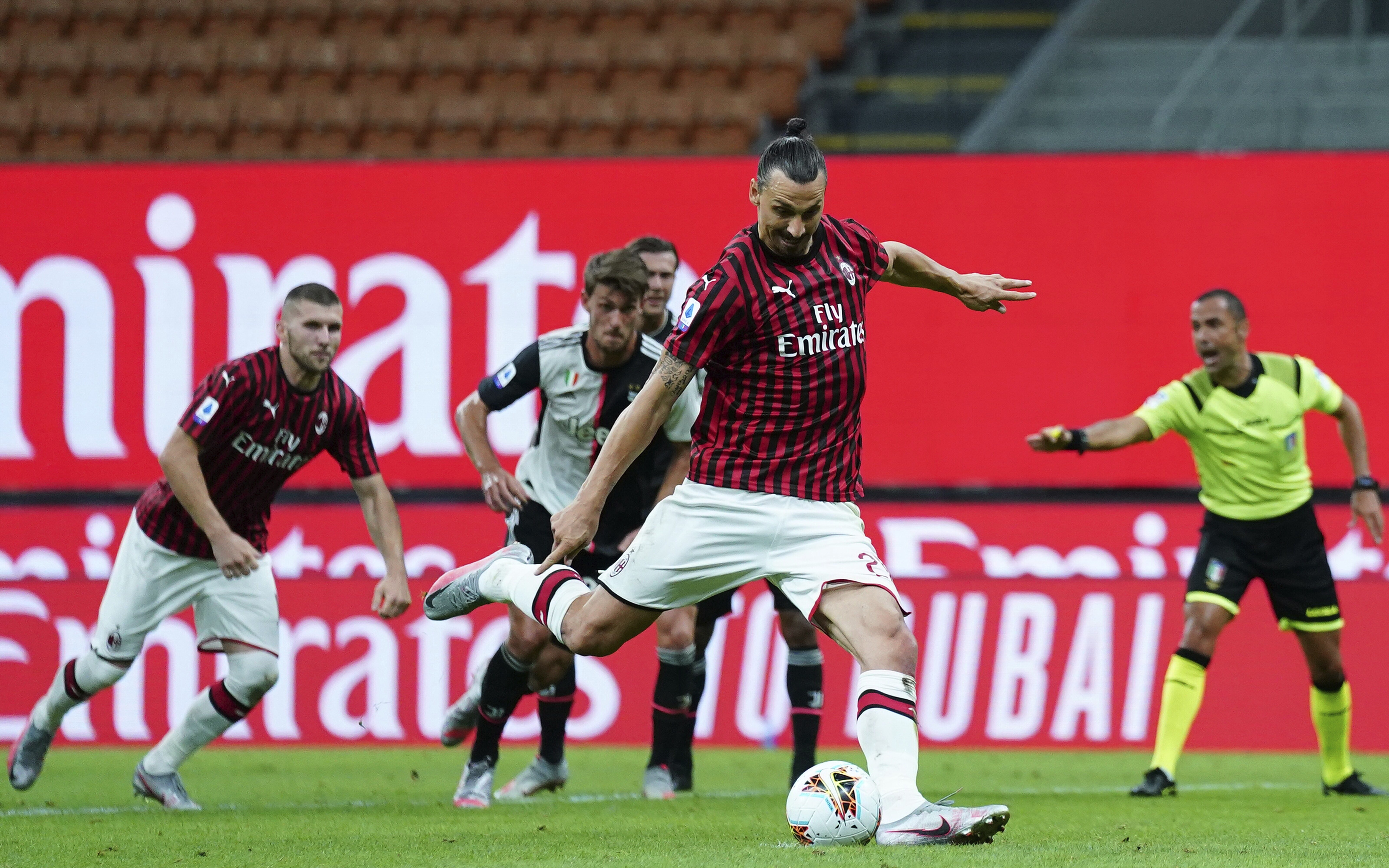 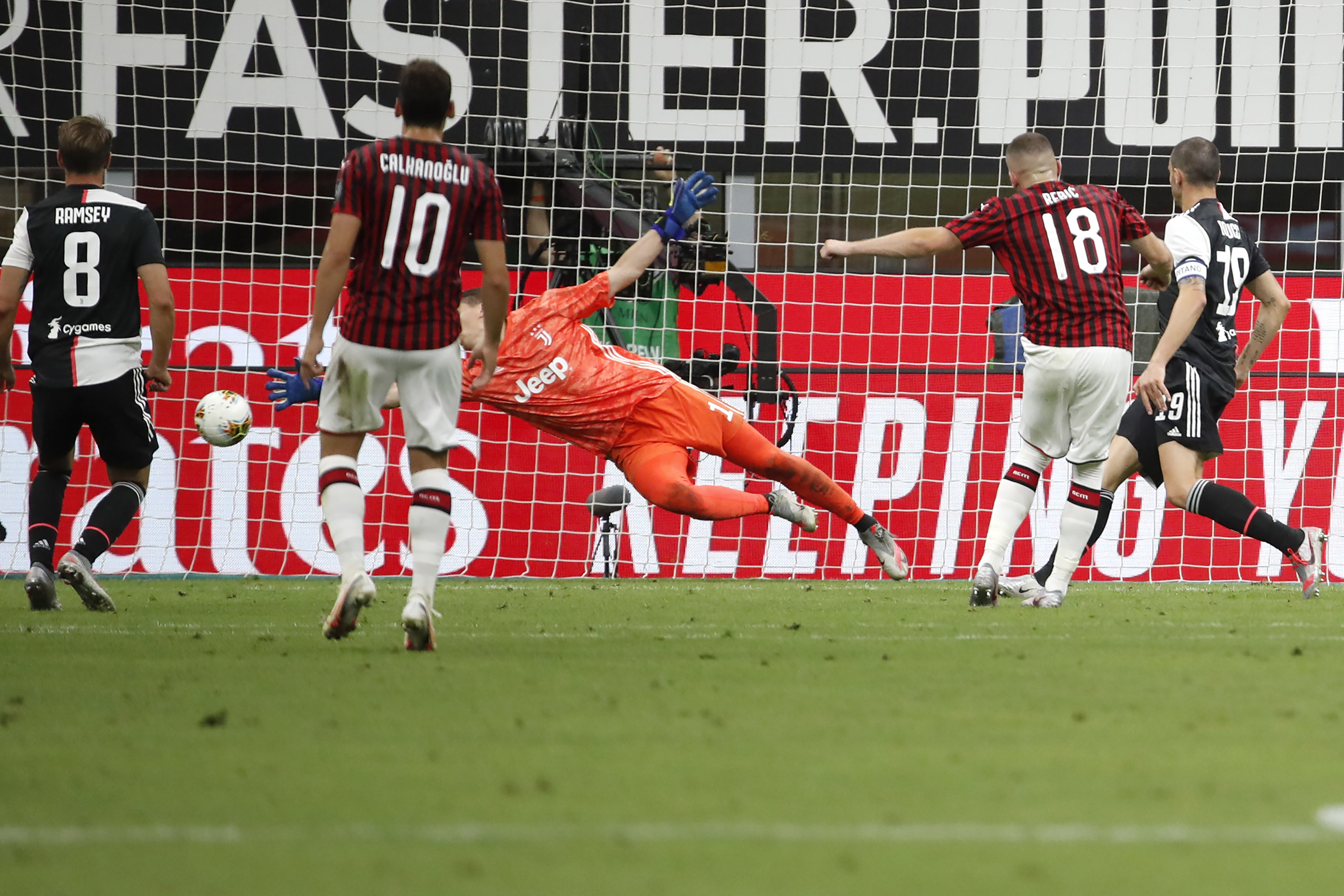