CRISTIANO Ronaldo stripped down to his CR7 underwear on Sunday and showed off his ripped body before coming on against Spezia.

The 35-year-old Juventus star was making his return to first team action after testing negative for coronavirus, having spent 17 days in self-isolation. 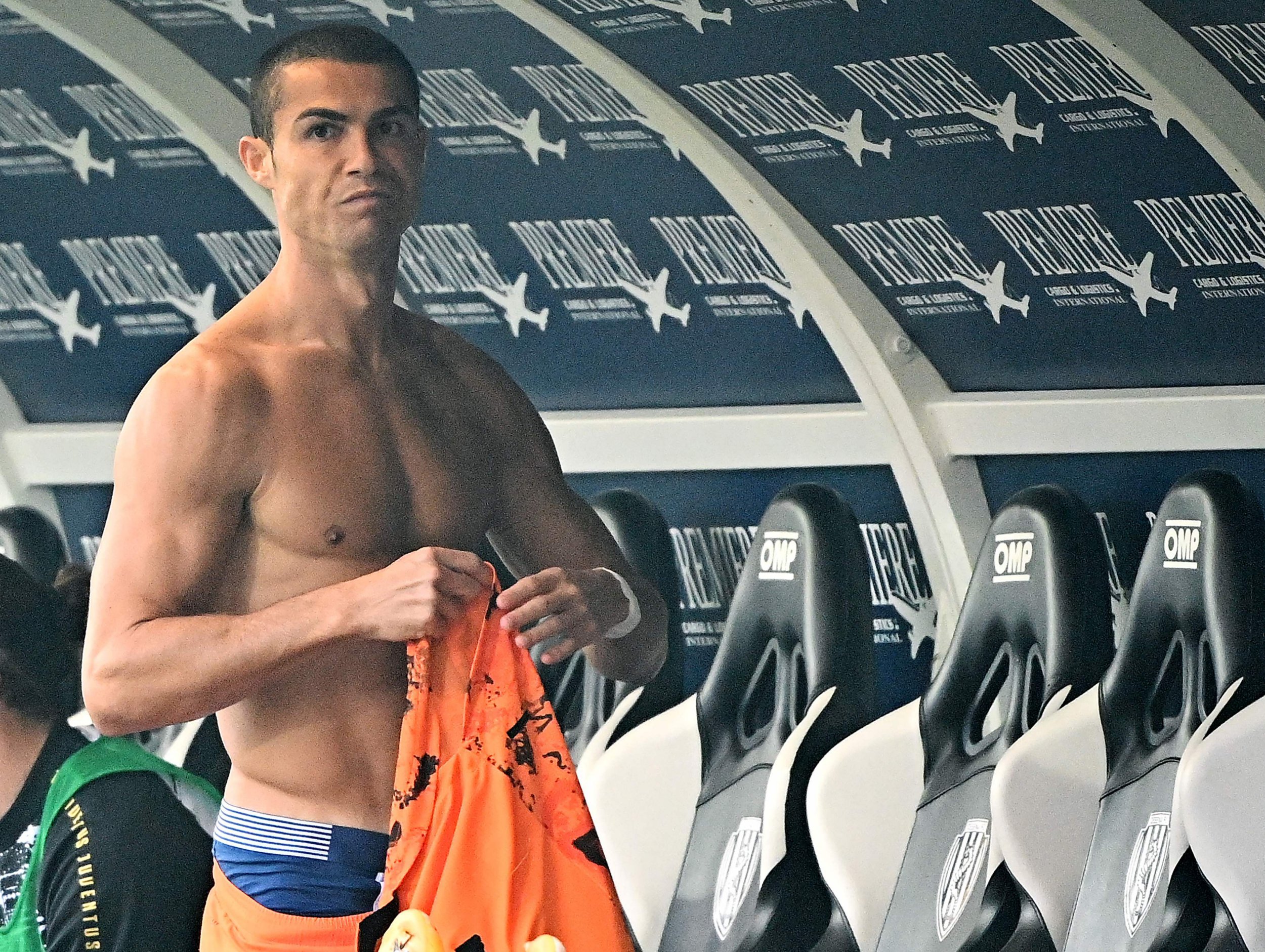 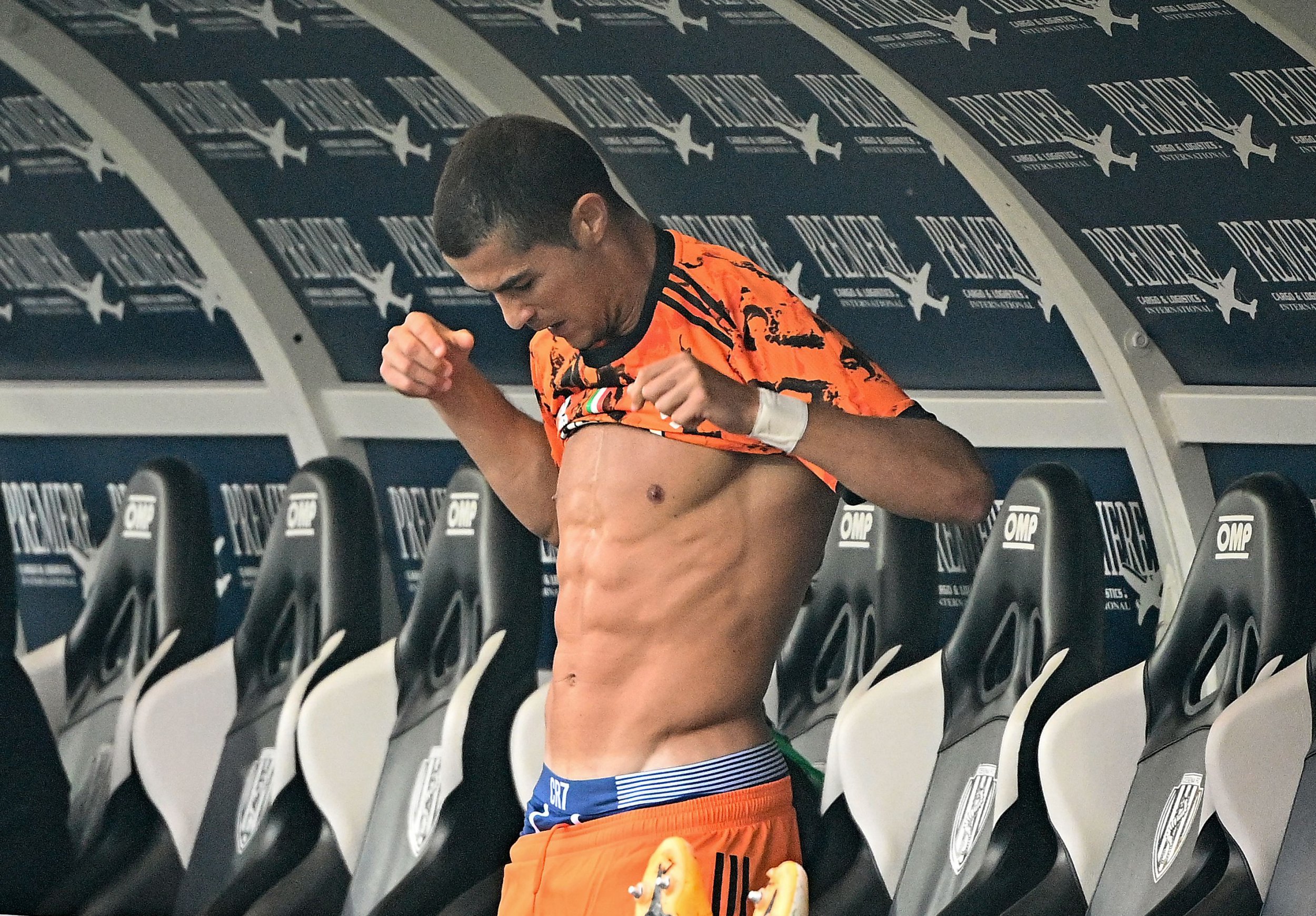 Ronaldo was making his first appearance for the Old Lady since scoring twice against Roma on September 27.

And he showed he was still in tip-top shape despite contracting the deadly bug thanks to his detailed fitness regime.

Commenting on his body, one fan messaged: "He killed my heart with his beauty!"

Another said: "For Cristiano, age is just a number."

The five-time Ballon d'Or winner made it five goals out of three Serie A matches as he found the back of the net twice at Stadio Dino Manuzzi.

It took him just three minutes to get himself back in the goals as he tapped home into an empty net after rounding the goalkeeper, before chipping in a penalty. 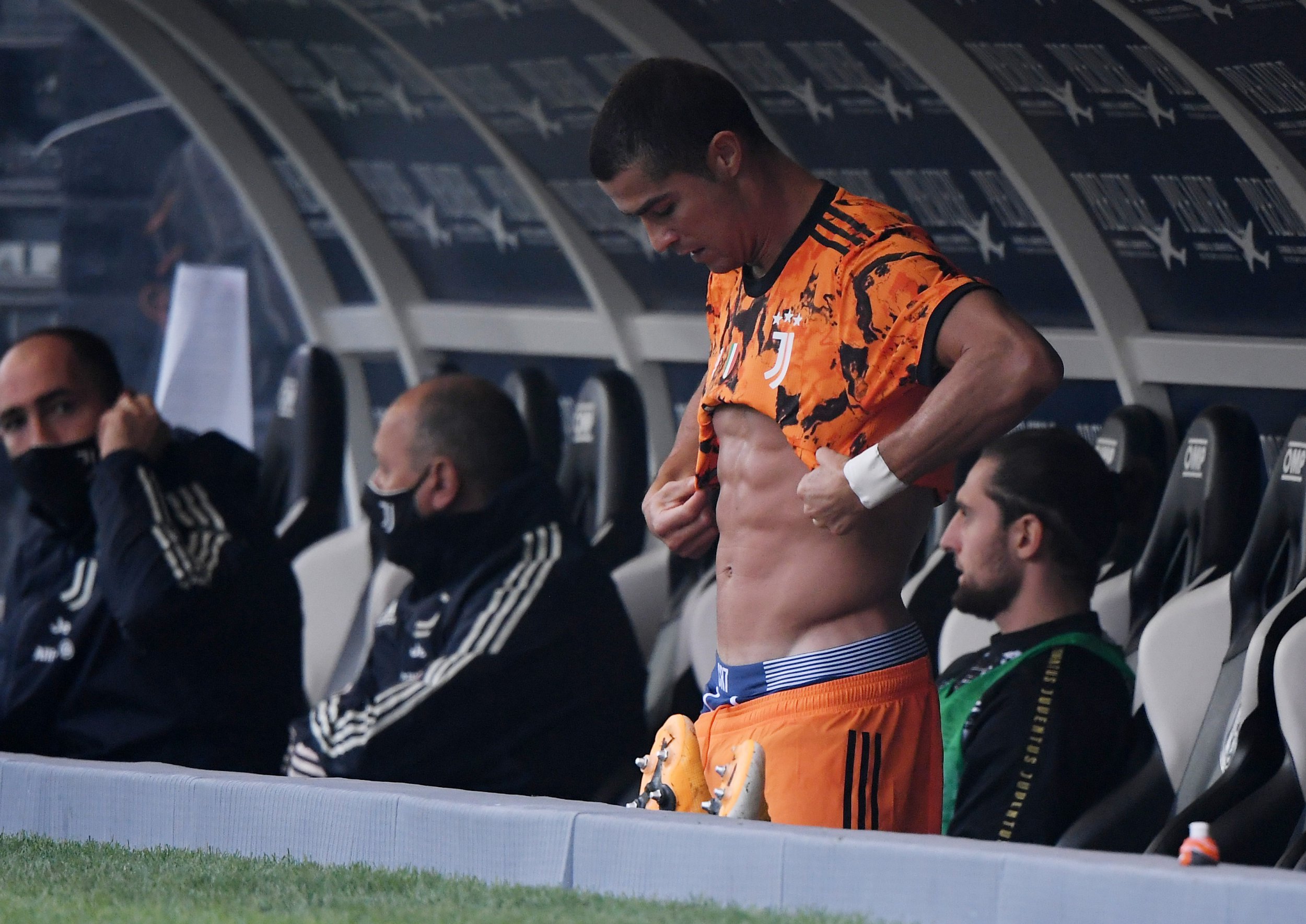 Speaking after the match, a jubilant Ronaldo said: "I have been standing still for a long time despite having no symptoms and feeling fine.

"Today I went back to doing what I like, playing football.

"The Serie A is a competitive league. There is AC Milan doing a great job, Lazio, Napoli…

"We have to work hard, but we are growing.

"The controversy over the swab test? Cristiano is back. This is the important thing."

Ronaldo – who sleeps five times a day and feasts on 'magic' chicken – revealed earlier this year he plans on competing until he is 40.

Quizzed on how long he can keep going by Marca, he stated: "Much will depend on what I feel, on my motivation.

"Physically it will never be a problem.

"I am treating myself well and I think can play safely up to 40 years.

"The most important factor, honestly, will be more psychological – that will be the one that makes the difference.

"In any case, everything has a beginning and an end. I won't last a lifetime but I still feel strong enough to continue winning.

"I will stop if I have no incentives."