Home » Lifestyle » Curse of ITV: When did England last win on ITV in a World Cup or Euros?

Curse of ITV: When did England last win on ITV in a World Cup or Euros?

FOLLOWING England at a major tournament is always a roller coaster.

But watching them on ITV seems to be a millstone the broadcaster cannot seem to get off host Mark Pougatch's neck with the latest Scotland stalemate continuing a rotten run of form stretching back over two decades. 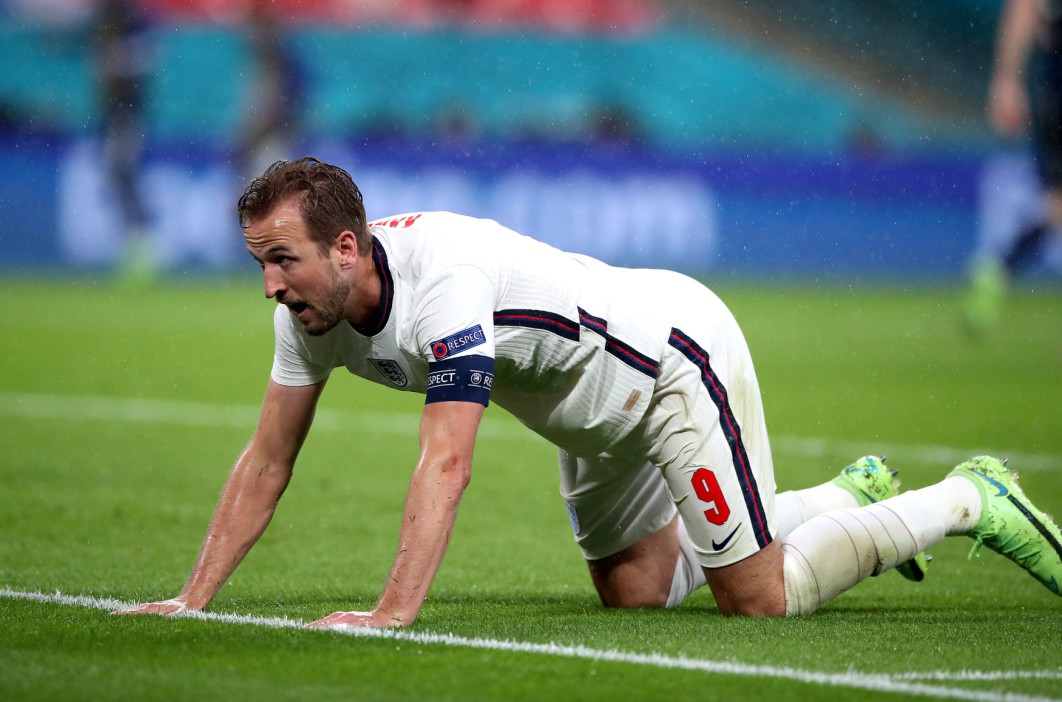 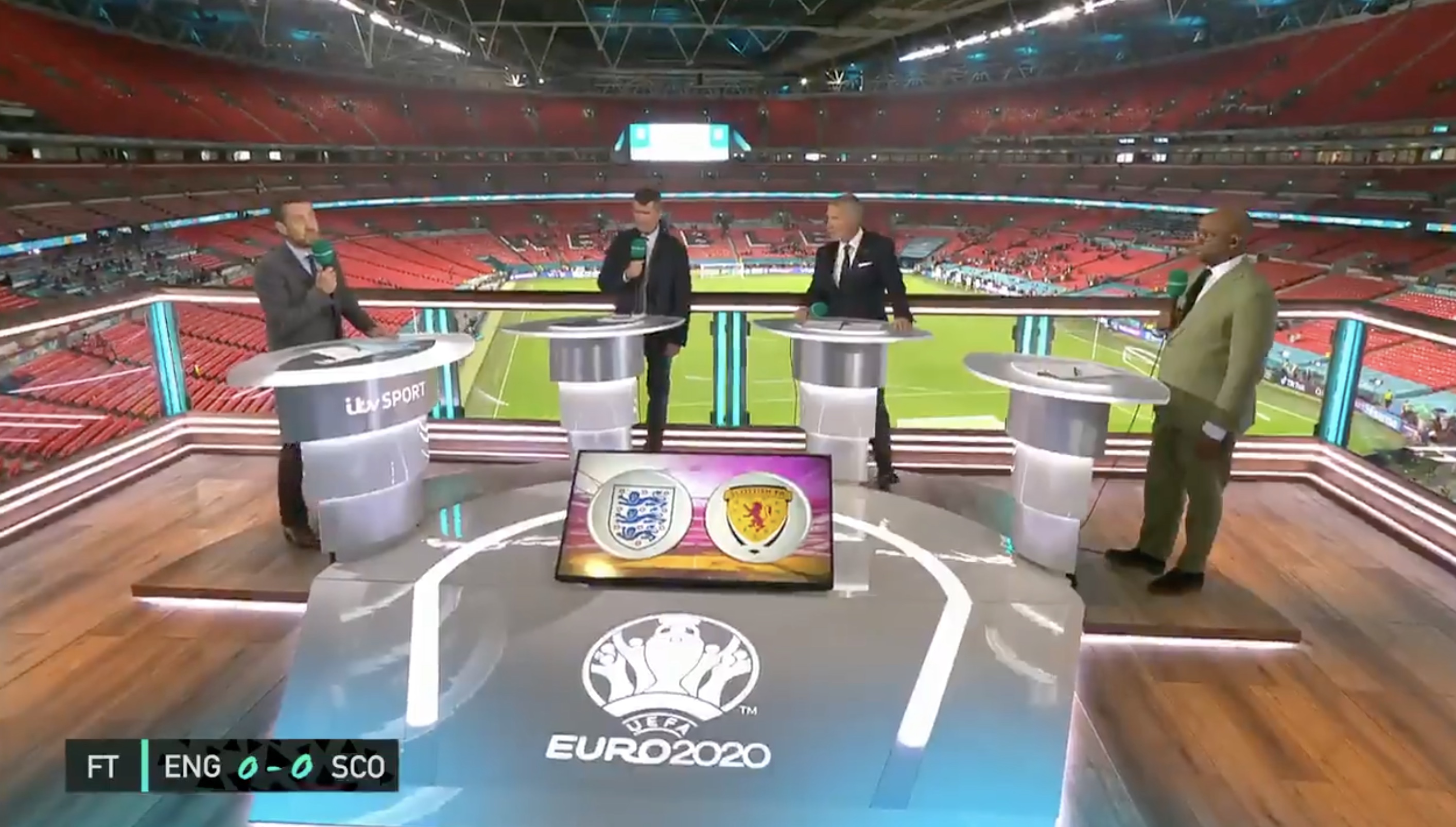 England have won just FOUR of the 23 matches ITV have shown since the France 98 World Cup.

The men in white shirts have also never managed to clinch more than one win on the channel since.

The broadcaster's curse includes some shocking results too, including the 2-1 defeat to Iceland at Euro 2016 and 0-0 draw against Costa Rica in the group stages of the 2014 World Cup.

They also aired the semi-final against Croatia at the 2018 World Cup, as well as the third-place game against Belgium in the same tournament.

Here is how ITV stack up during that time period against rivals BBC: 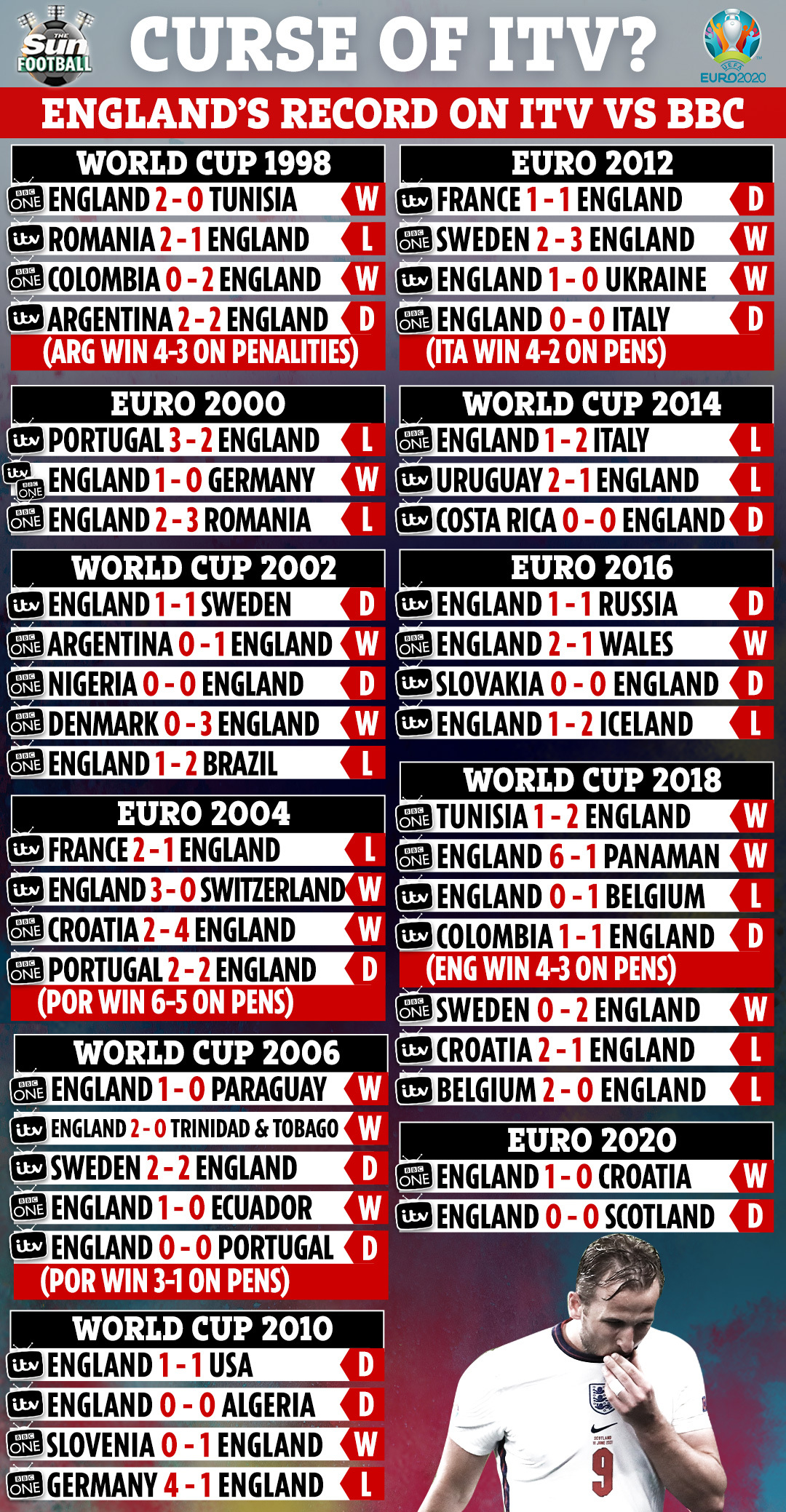 Needless to say, ITV still raked in the most viewers they could have hoped for for England's 0-0 draw with Scotland, boasting 20 million sets of eyeballs for the group stage clash.

That equates to 30 per cent of the entire UK poulation.

And they also have Gareth Southgate's side's final group game against Czech Republic on Tuesday, June 22.