Home » Daft Punk is splitting up after 28 years

Daft Punk is splitting up after 28 years

Daft Punk, the influential electronic group, is calling it quits after 28 years. The duo announced their retirement in a video Monday morning titled “Epilogue.”

The video features a clip from the band’s 2006 film “Electroma,” and features a photo of their hands under the caption “1993-2021.” Kathryn Frazier, Daft Punk’s publicist, did not immediately respond to requests for comment.

The duo — Guy-Manuel de Homem-Christo and Thomas Bangalter — began making music together under the personae in 1993. They were widely known for their robot costumes, which they began wearing in public appearances in the 2000s.

In 1987, they both met in Paris and formed an indie rock band called Darling. After becoming enthralled with the French house movement, they began working on their electronic sound and eventually cemented their popularity in America with their debut album “Homework” and breakout single “Da Funk.” 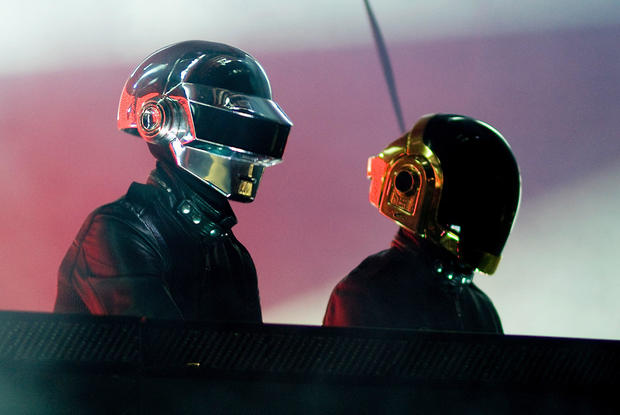 “Da Funk” and their sophomore single “Around the World” netted the band their first two Grammy nominations. Since then, Daft Punk has been nominated for 12 Grammys and has taken home six.

In 2007, the band made a resurgence when Kanye West sampled the 2001 song “Harder, Better, Faster, Stronger” for his track “Stronger.”

That year, the album won the Grammy Award for album of the year, making them the first electronic act to take home the coveted honor.

So far, it’s unclear if de Homem-Christo or Bangalter will continue as solo acts.